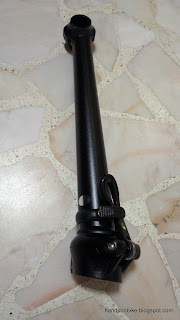 New Fnhon handlepost, in black. Can you see what is the difference? 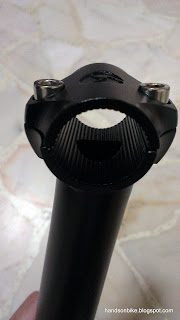 Different clamp design for the handlebar. This uses a 2 bolt design to secure the handlebar, very similar to normal road/MTB stems.

This new handlebar clamp design is why I decided to try the new Fnhon handlebar. I find that I don't adjust the QR clamp on the handlepost at all, since I don't need to rotate the handlebar when folding the bike. With a QR clamp, the clamp lever is actually quite long and restricts the position of my handlebar extension mount. Thus it is better for me to use this 2 bolt design as it looks less bulky and allows me to clamp the handlebar properly with an Allen key, without it slipping. 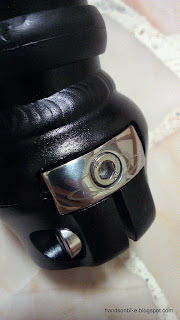 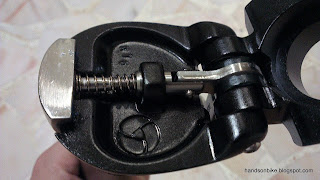 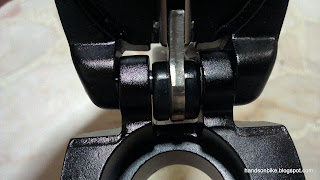 Same designs as described on the other Fnhon handlepost blog post. 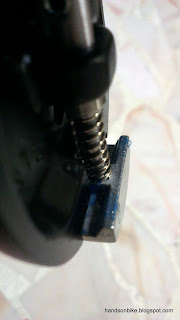 Applying some grease on the sliding surfaces of the clamp will make it easier to achieve a proper clamping force and also avoid creaking sounds.

After I removed the Mu Uno handlepost, I decided to compare the two handleposts side by side before installing the new Fnhon handlepost. 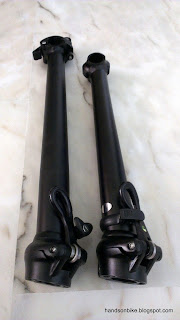 The new Fnhon handlepost is shorter than the Mu Uno handlepost 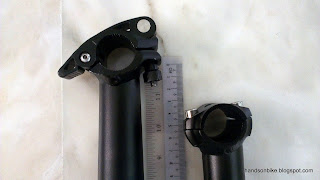 The Fnhon handlepost (31.5cm) that I chose is 5 cm shorter than the Dahon Mu Uno handlepost. Also note the different handlebar clamp designs. 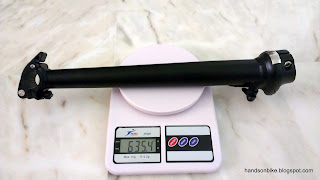 The Mu Uno handlepost is rather long, and weighs 635 grams. Still lighter than the weight of the stock adjustable handlepost (752 grams). 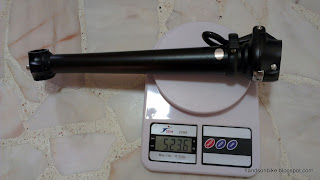 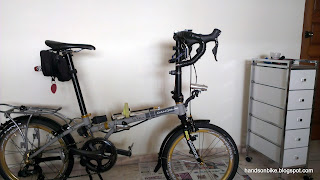 Before: Mu Uno handlepost. Note that the handlepost is quite a bit higher than the saddle. Good for comfort but hard to get low for speed. 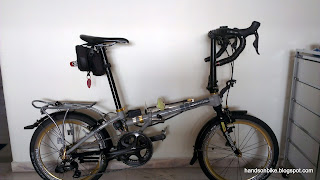 After: Fnhon 31.5cm handlepost. The handlepost is now at the same level as the saddle. 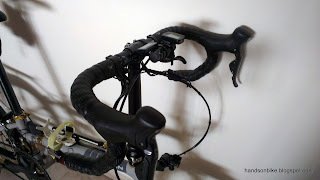 With the elimination of the QR clamp on the previous handlepost, the stem area is now much cleaner and neater. 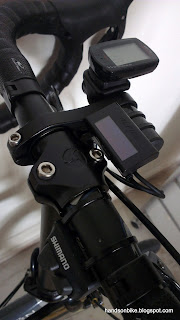 Without the QR lever in the way, the Di2 display can now be placed lower for a neater cockpit. 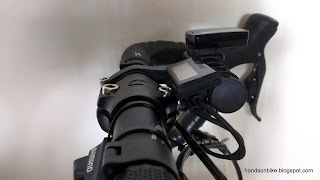 By changing from the Mu Uno handlepost to the Fnhon handlepost, there are a few differences:
1) Weight reduction of 100+ grams.
2) Cleaner stem area from the elimination of the QR clamp.
3) Shorter handlepost (5 cm shorter) for a more sporty riding position.
4) Stiffer handlepost due to the shorter length of the handlepost.

I also find myself holding the top of the handlebar more often, when I want to ride in a more relaxed position. With the secondary brake levers and Di2 satellite shifters, I can stay in the more relaxed position for as long as I want, without sacrificing any brake or shifting functions. It is like riding both a drop bar and a flat handlebar road bike at the same time.

A minor problem which I detected during riding is that the brake cable overlaps the secondary brake lever. This is because when I changed to the lower handlepost height, I did not trim and shorten the cables. I will need to find time to shorten the brake cables. 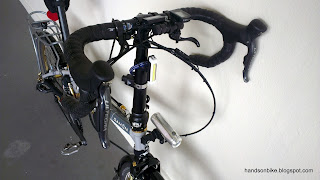 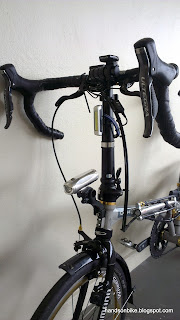 Brake cables are now too long since the handlepost height has been reduced. 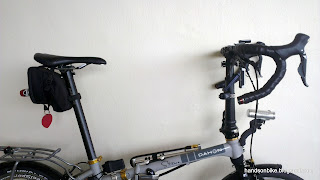 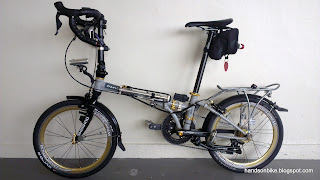 Another view of the bike 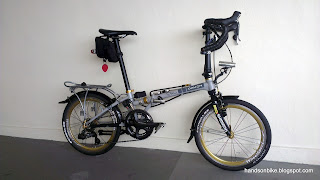 Looks all ready to chiong!

One word of caution is that if you do get a Fnhon handlepost, you will likely have to change the handlepost yourself, as the bike shop would probably not service and install the Fnhon handlepost for you. That said, it is not very difficult, and you can refer to this installation guide. Also, changing to alternative components is always at your own risk, as this is not an official Dahon part which may be covered under warranty.
at June 16, 2013 47 comments: