Can I Install Tern Handlepost/Fork on Dahon Frame? Part 1: Introduction

As discussed in the previous blog post, I have always worried about the strength of the special 31.8mm stem on my Dahon Boardwalk. In fact, the clamps have broken before, thankfully not during a ride. That was the reason why I decided to get the better Controltech Stem to replace it.

The Controltech Stem requires a T-shaped handlepost for mounting a handlebar, similar to the setup shown in the picture below. 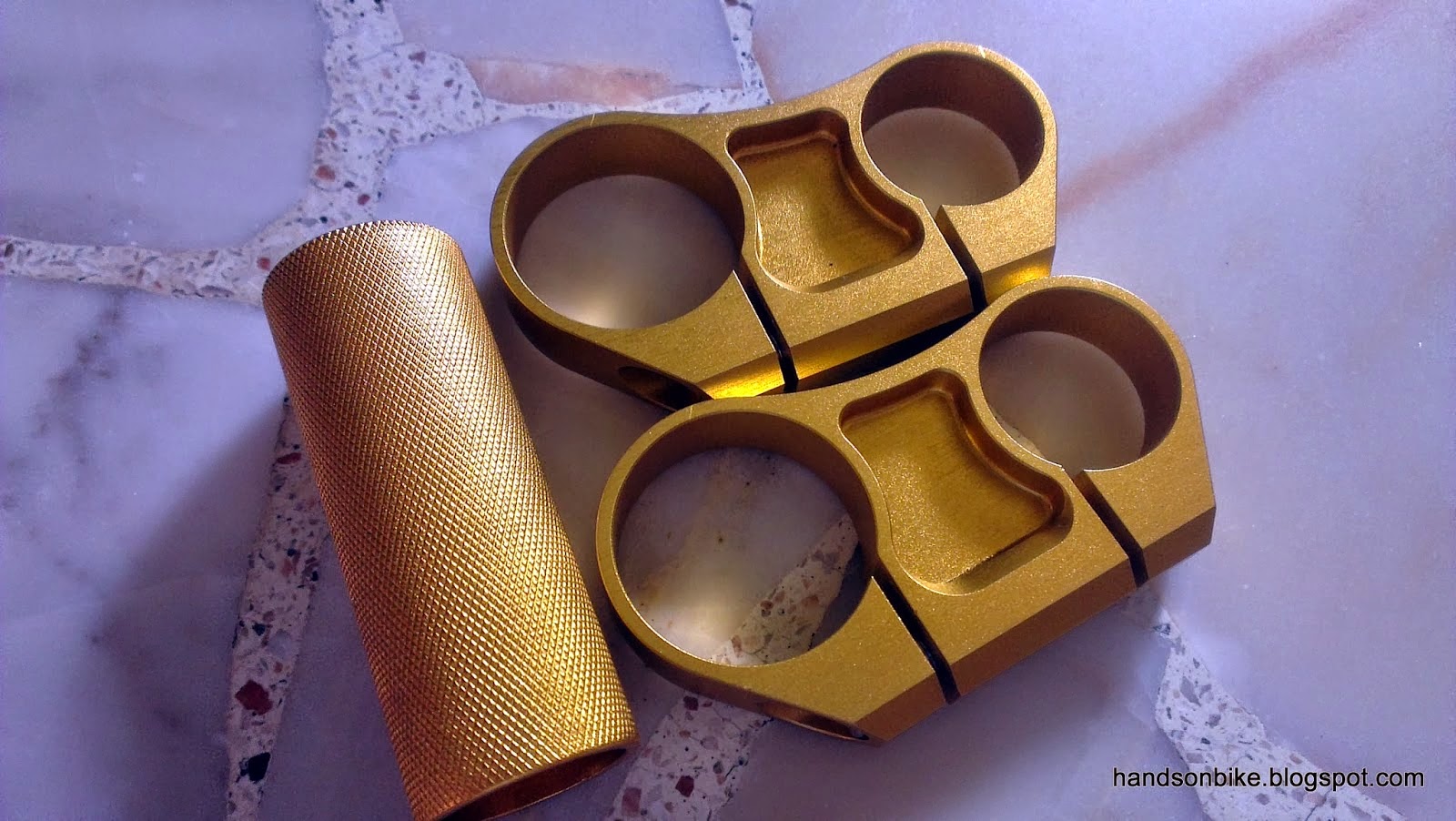 The bar section of the stem (on the left) that I can use to convert a clamp type handlepost to T-shaped handlepost.

However, I don't really like this setup as it means multiple joints, which causes lower stiffness and is not an elegant setup. There will still be many bolts at the handlebar area as the 4 bolt handlepost is still there.


During my search for a suitable handlepost, I found that Tern handleposts are actually shorter, and are quite easily available from www.premiumbikegear.com. There are a few choices available, with different lengths, tilt angle and colour.

First, I need to choose the handlepost. For most bikes, the tilt angle should be 12 degrees. This will put the handlepost pointing straight up when mounted on the bike. Checking the Tern Bicycles website will show the different bike models that uses 6 or 12 degree tilt angles. As for the length, I went for the shorter 290mm (29cm) version as that is exactly what I need.

Tern handlepost is available in Black or Silver colour, with 2 different tilt angles and 2 different lengths. 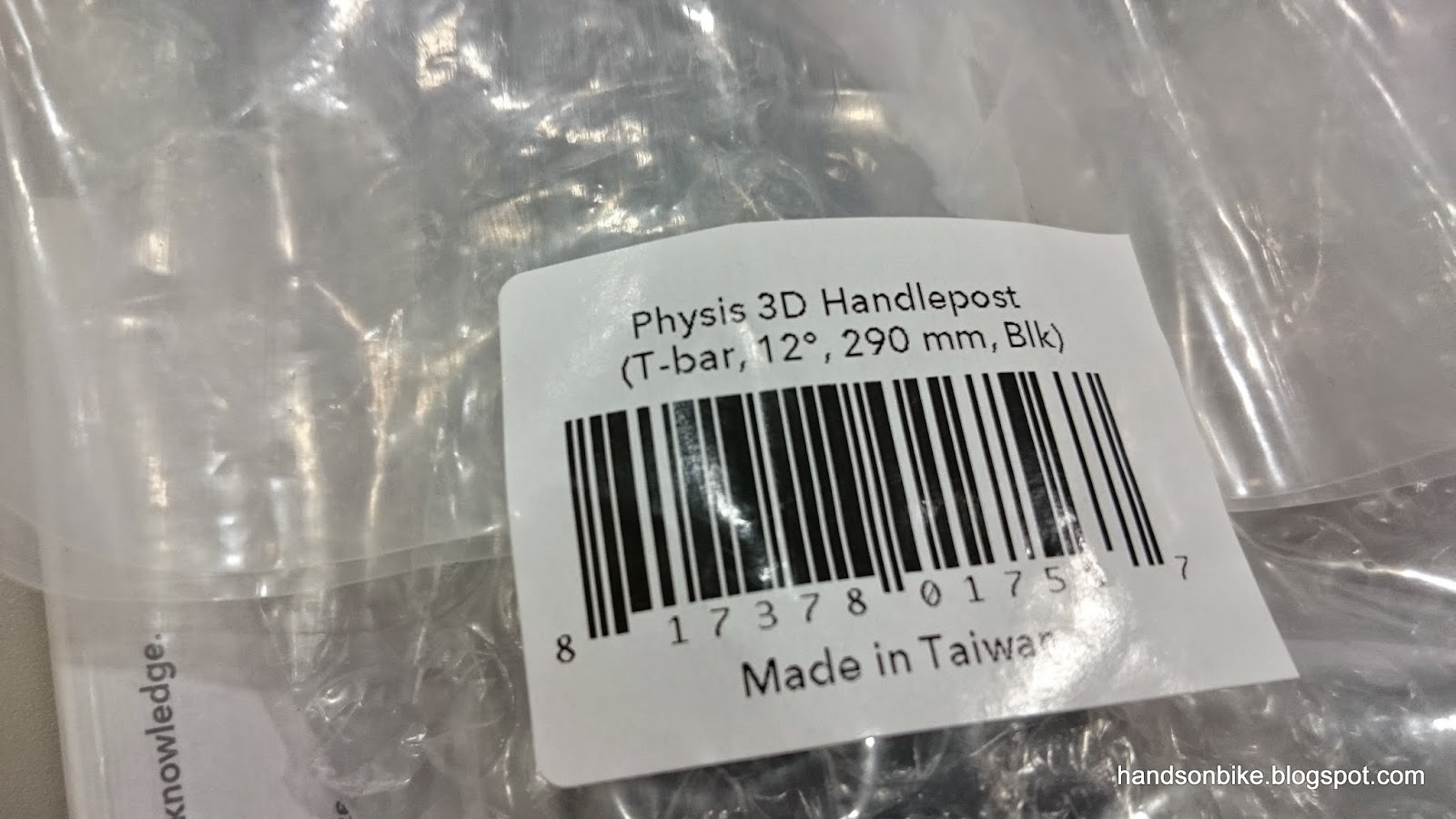 Tern Physis 3D handlepost, in the specifications I need. 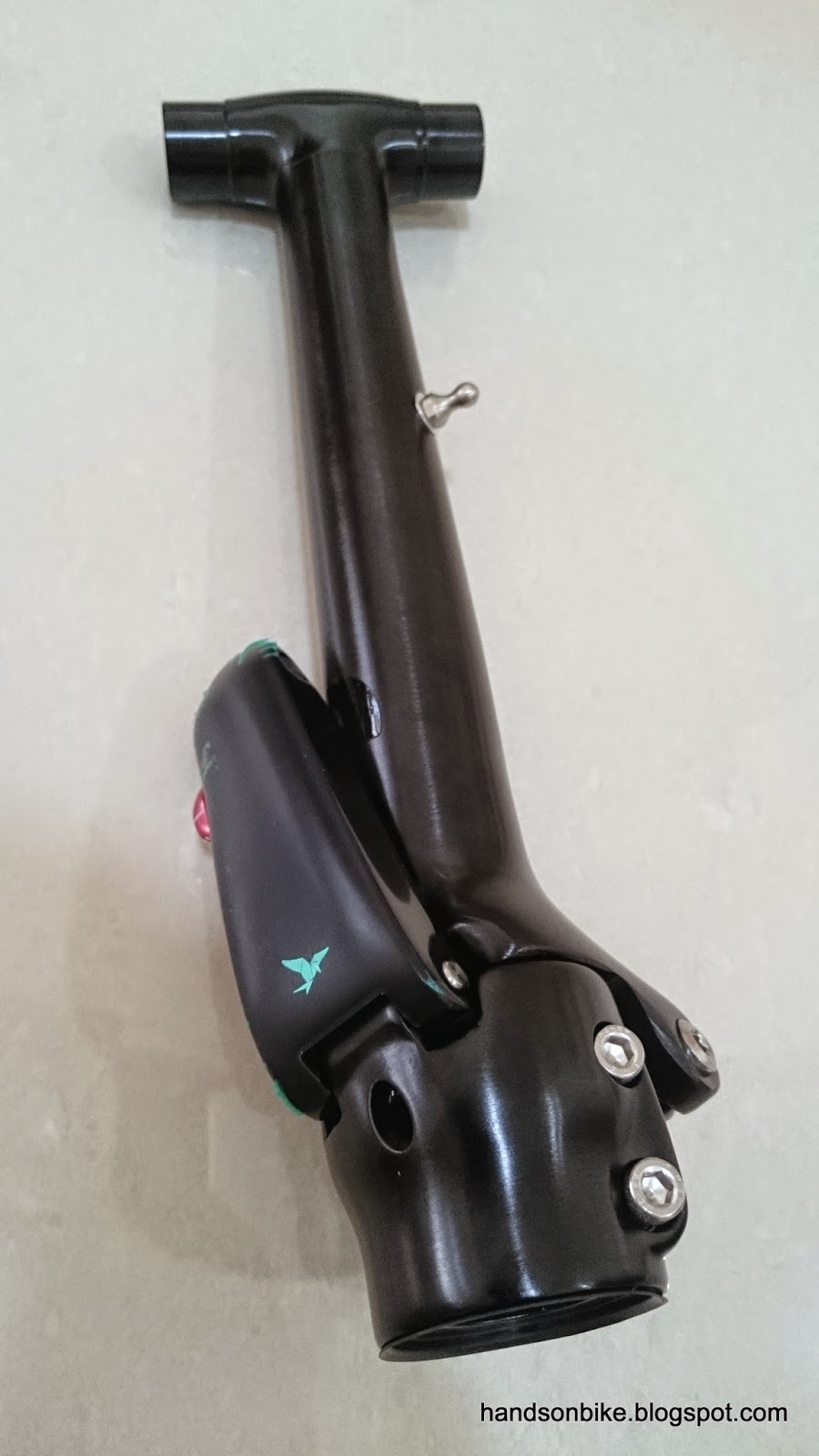 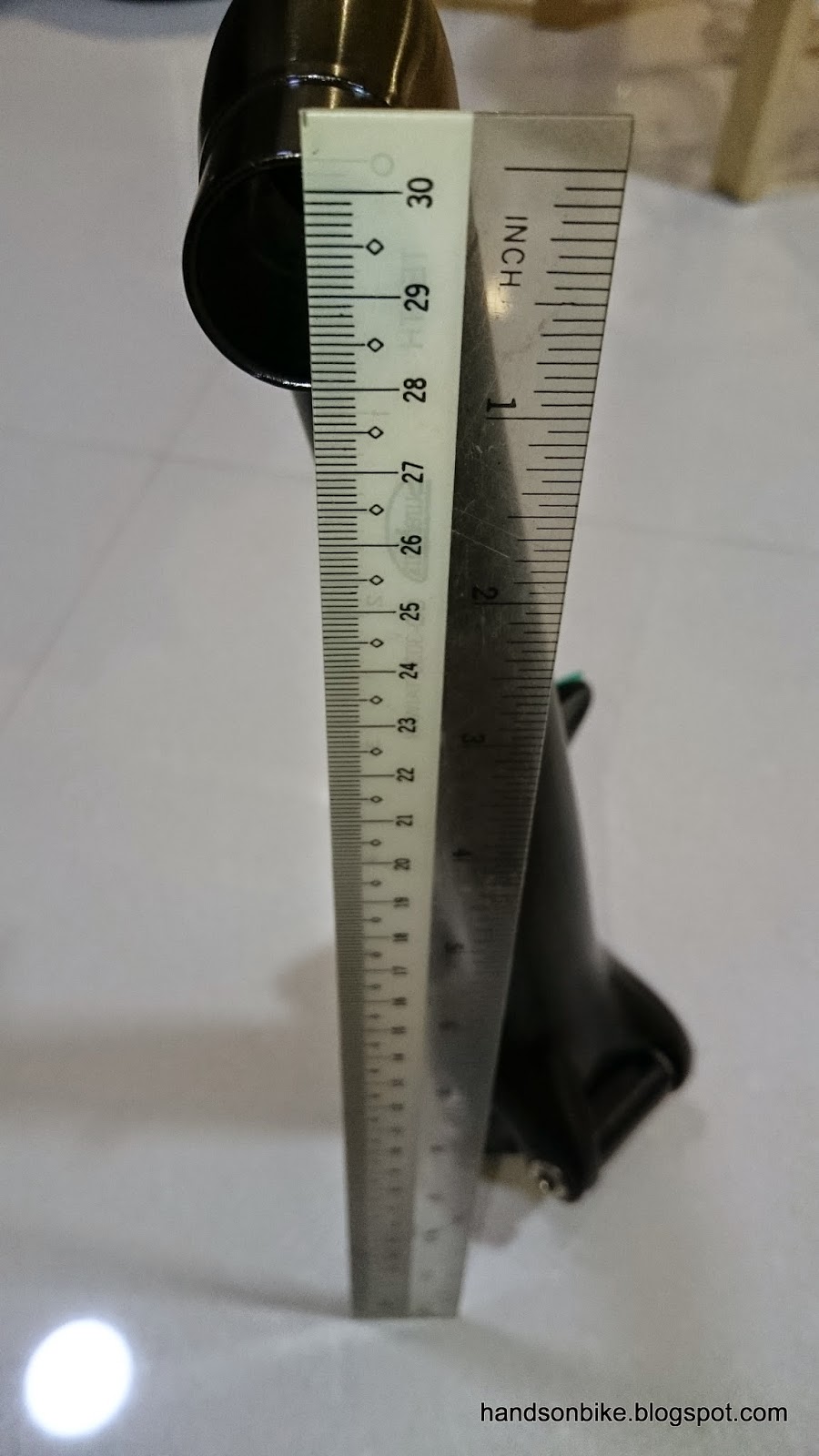 Measures 29cm from the base to the centre of the T-shaped portion. I found that a good way to measure the handlepost length is to set the base flat on the floor, and measure the height from the floor. 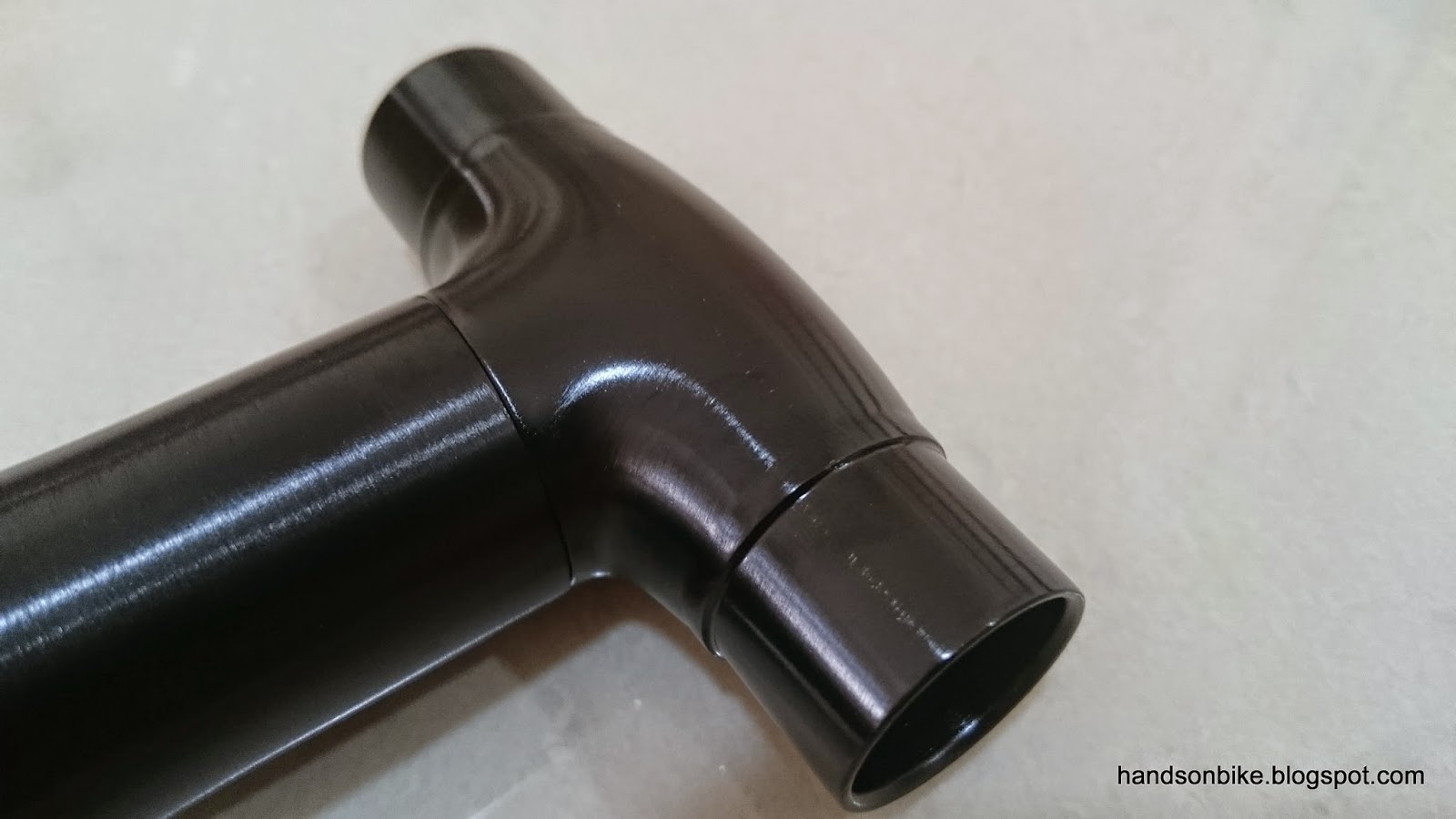 T-shaped top portion is machined separately, and press-fitted onto the top of the handlepost 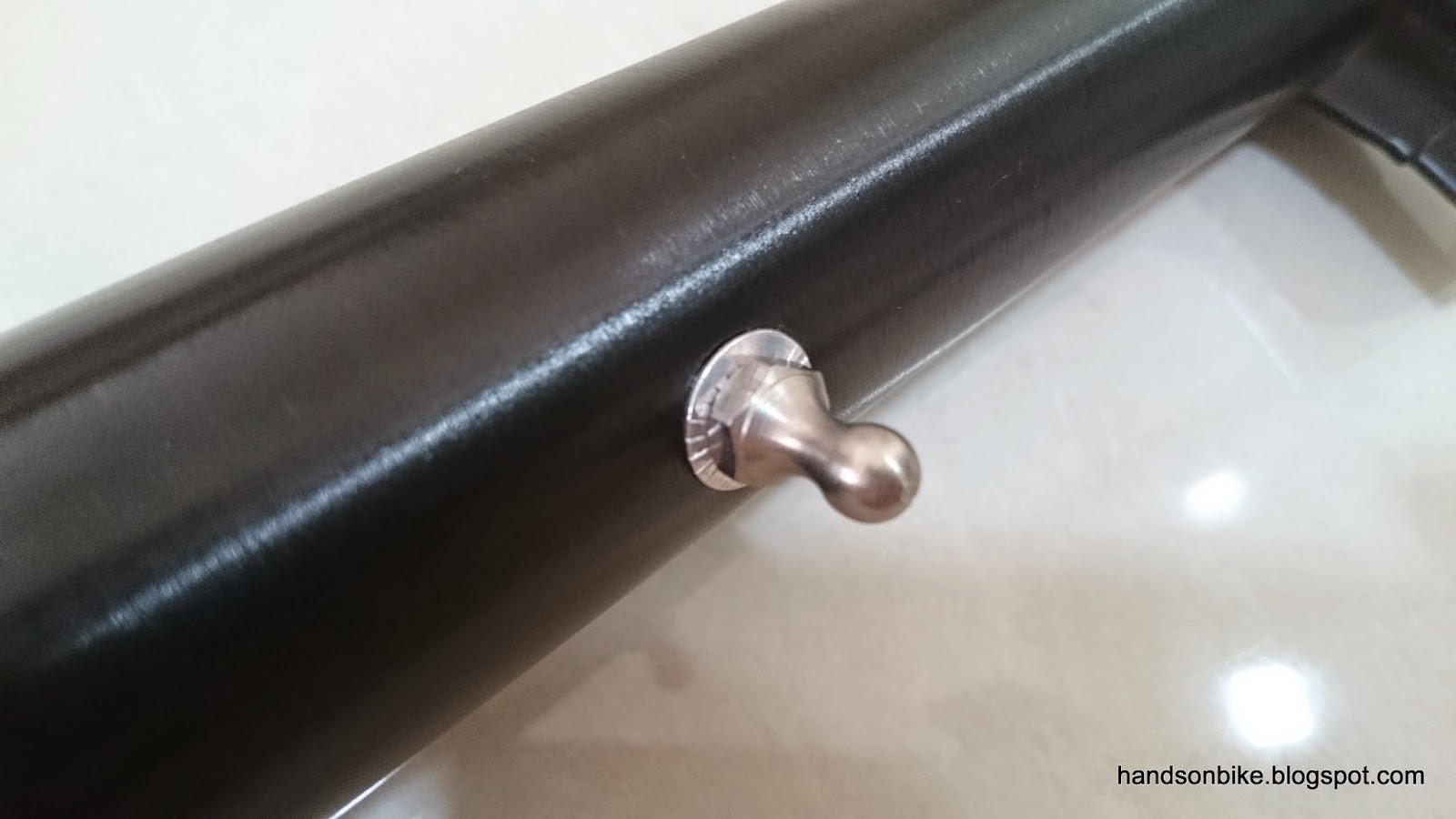 Metal pin used for hooking onto the rubber strap on Tern bikes when the handlepost is folded down. I will remove this pin since it is not required. 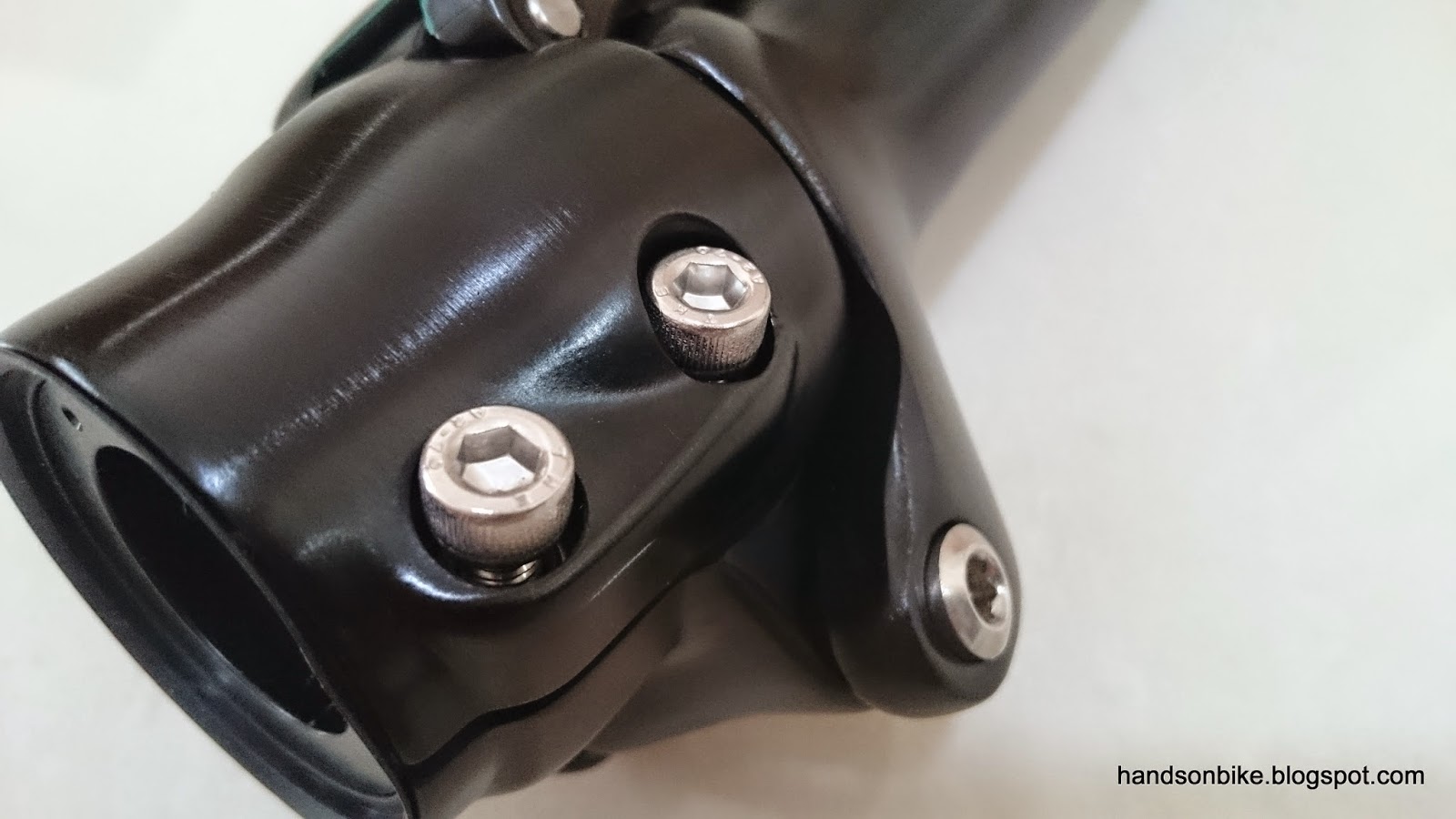 Very tall clamping section with 2 clamp bolts. You can see the rubber seal at the base of the handlepost. 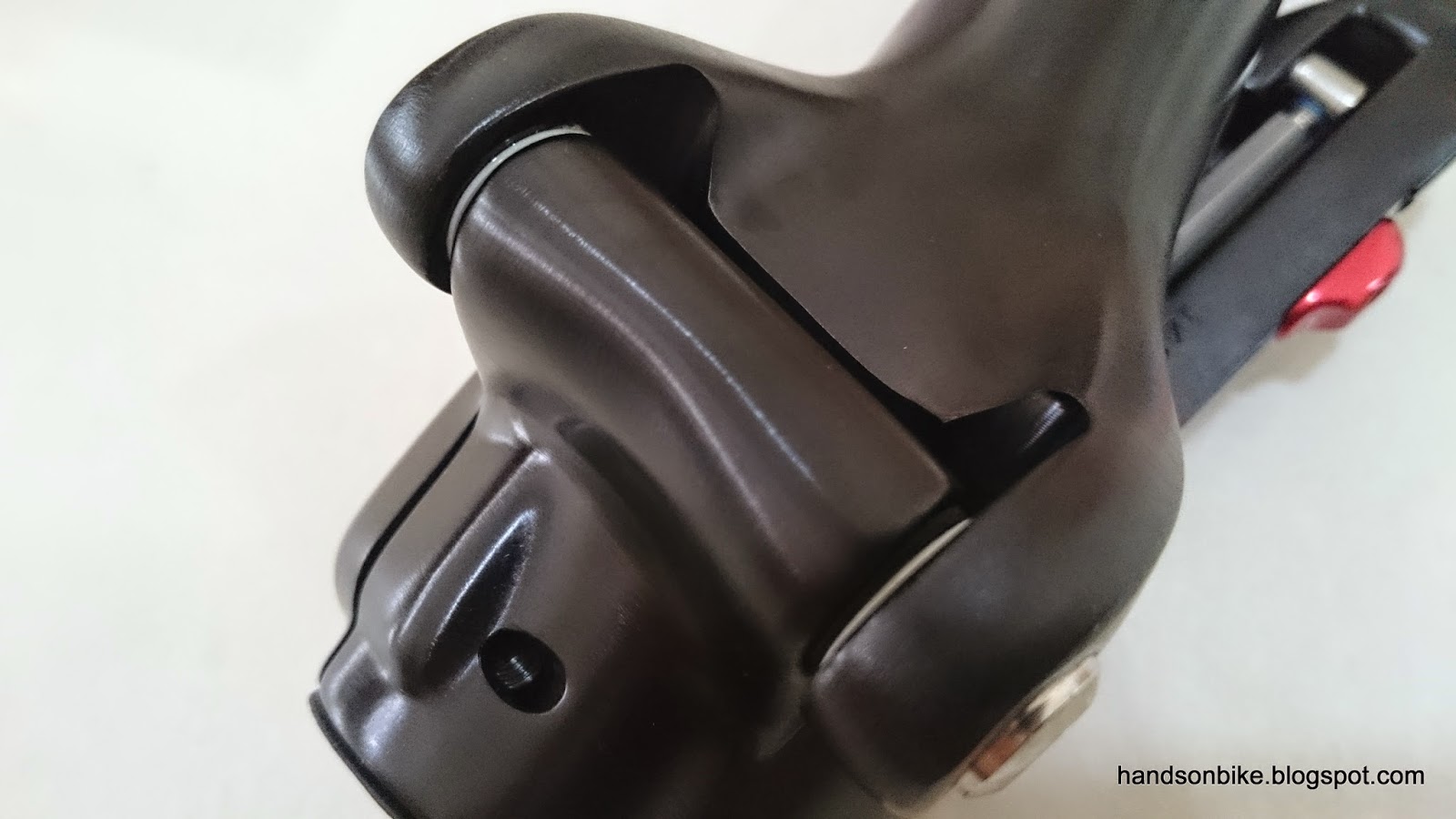 3D forged profile is strong and seamless, with no welding lines to be seen anywhere on the handlepost. Base of the handlepost, with the rubber seal removed. This base profile is special as it replaces the Upper Cover of the headset. More details in the next blog post. 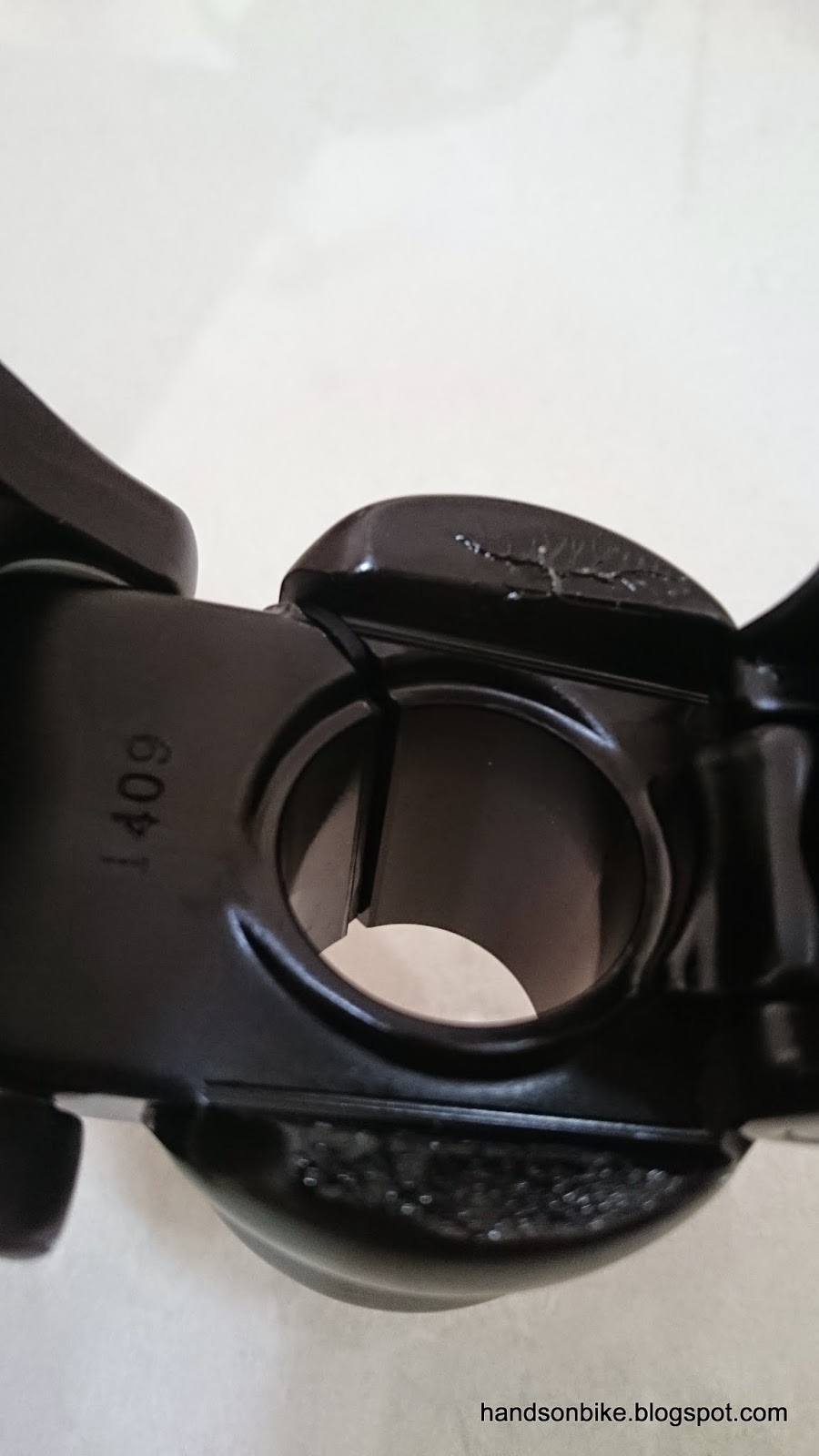 Inside of the handlepost base. Note the tall clamping portion. 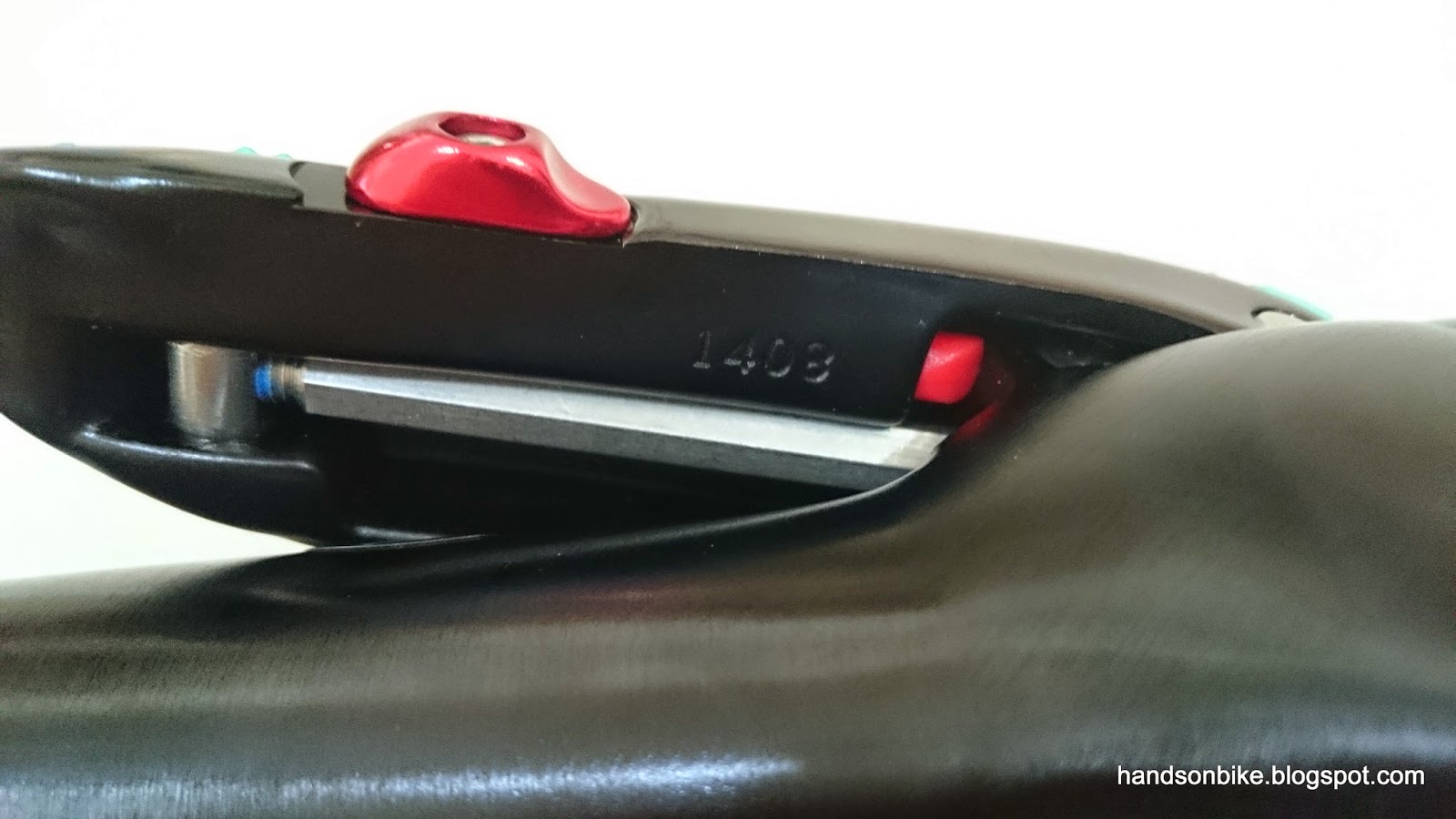 External locking mechanism, used on earlier versions of Dahon bikes before the clamp mechanism was changed to internal. Although the external clamp looks bulky, it still works very well. 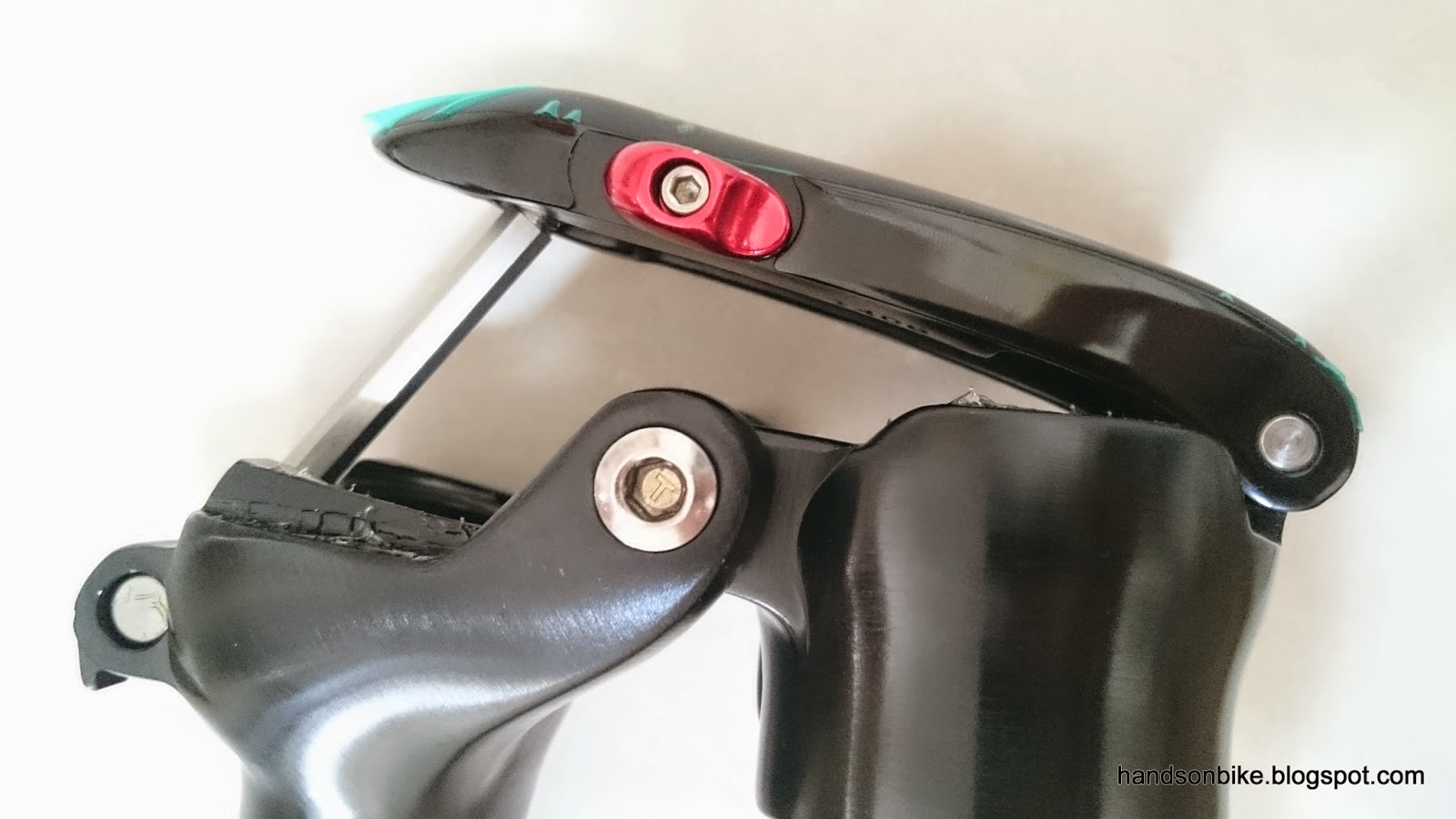 Note the distance between the base hinge and the lever hinge. This gives a really wide joint interface which is good for ensuring high stiffness. 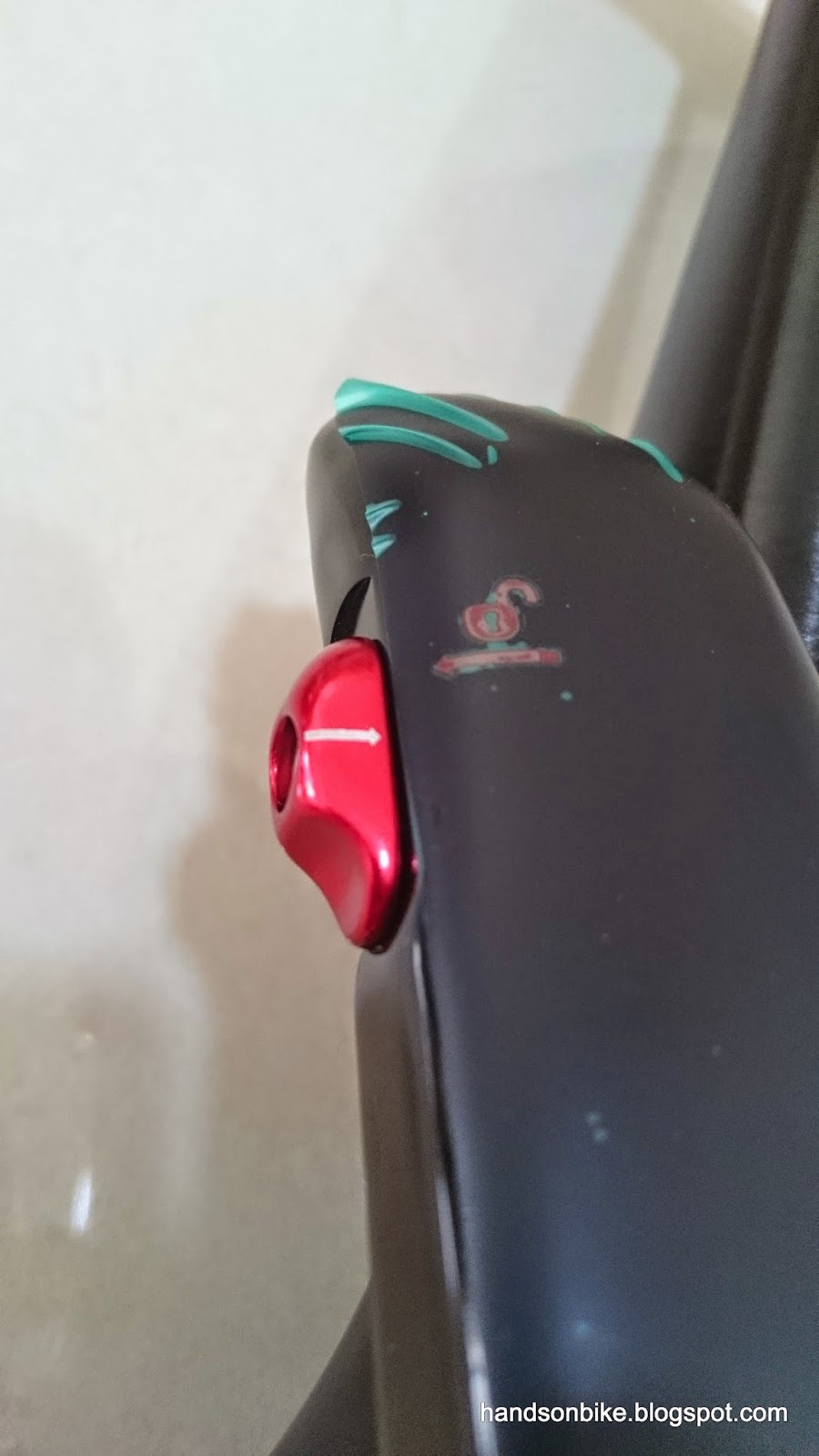 Safety catch on the locking lever which prevents the lever from opening on its own. It does not take any load when the handlepost is adjusted and operated correctly. Therefore, the handlepost can function normally even if the safety catch is broken. 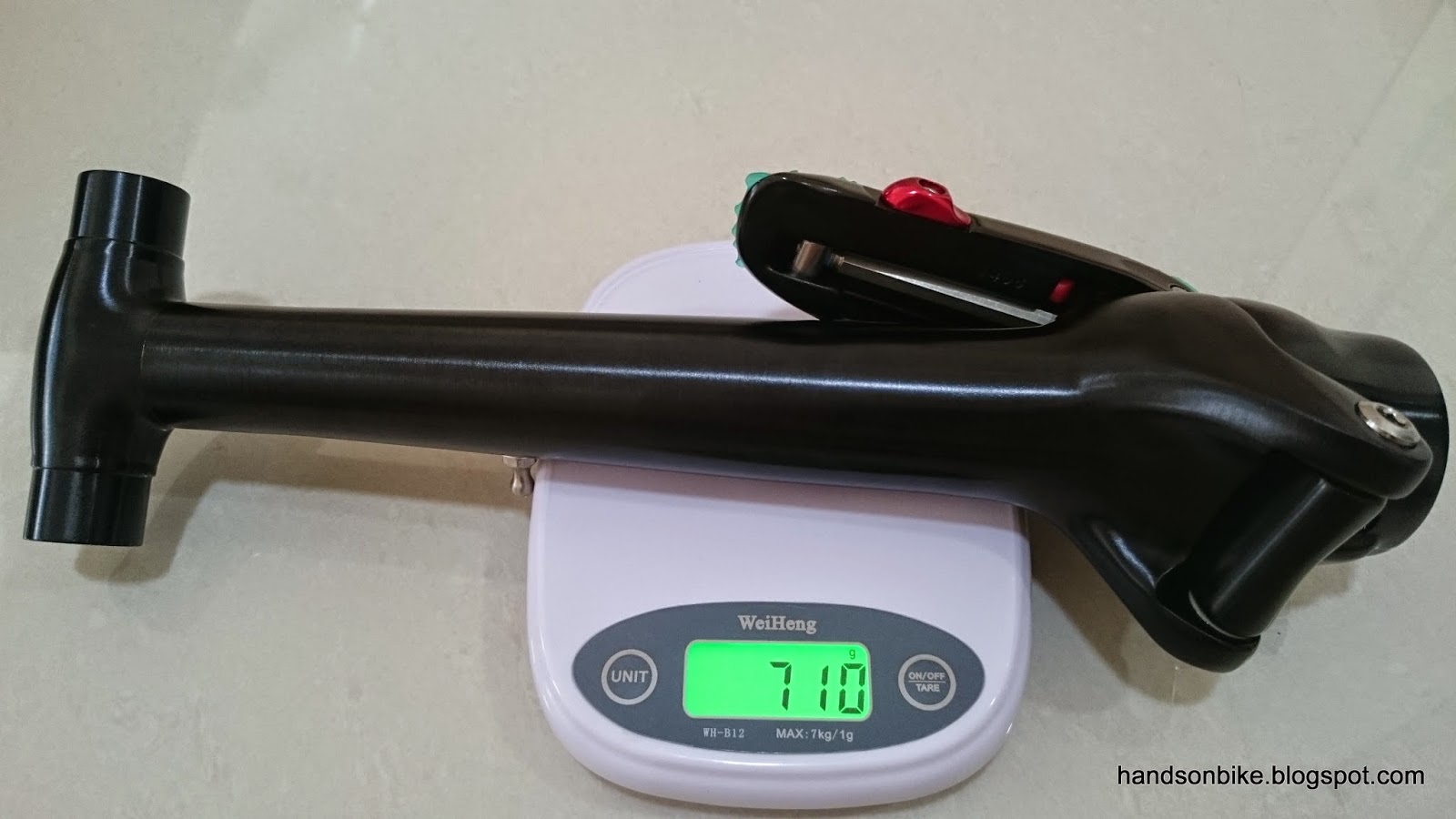 Weight of the Tern Physis 3D handlepost. Weighs 710 grams, a whole 200 grams heavier than the Fnhon 4 bolt handlepost which weighs 511 grams. Hopefully the additional weight is worth the improvement in stiffness!

Now that I have introduced the new Tern handlepost, it is time to look at the new Tern fork. For 20" Tern forks, there is only Black or White colours to choose from. All other specifications are the same. As stated above, the reason for getting a new fork is because I need a fork with a longer steerer tube to be compatible with the Tern handlepost. 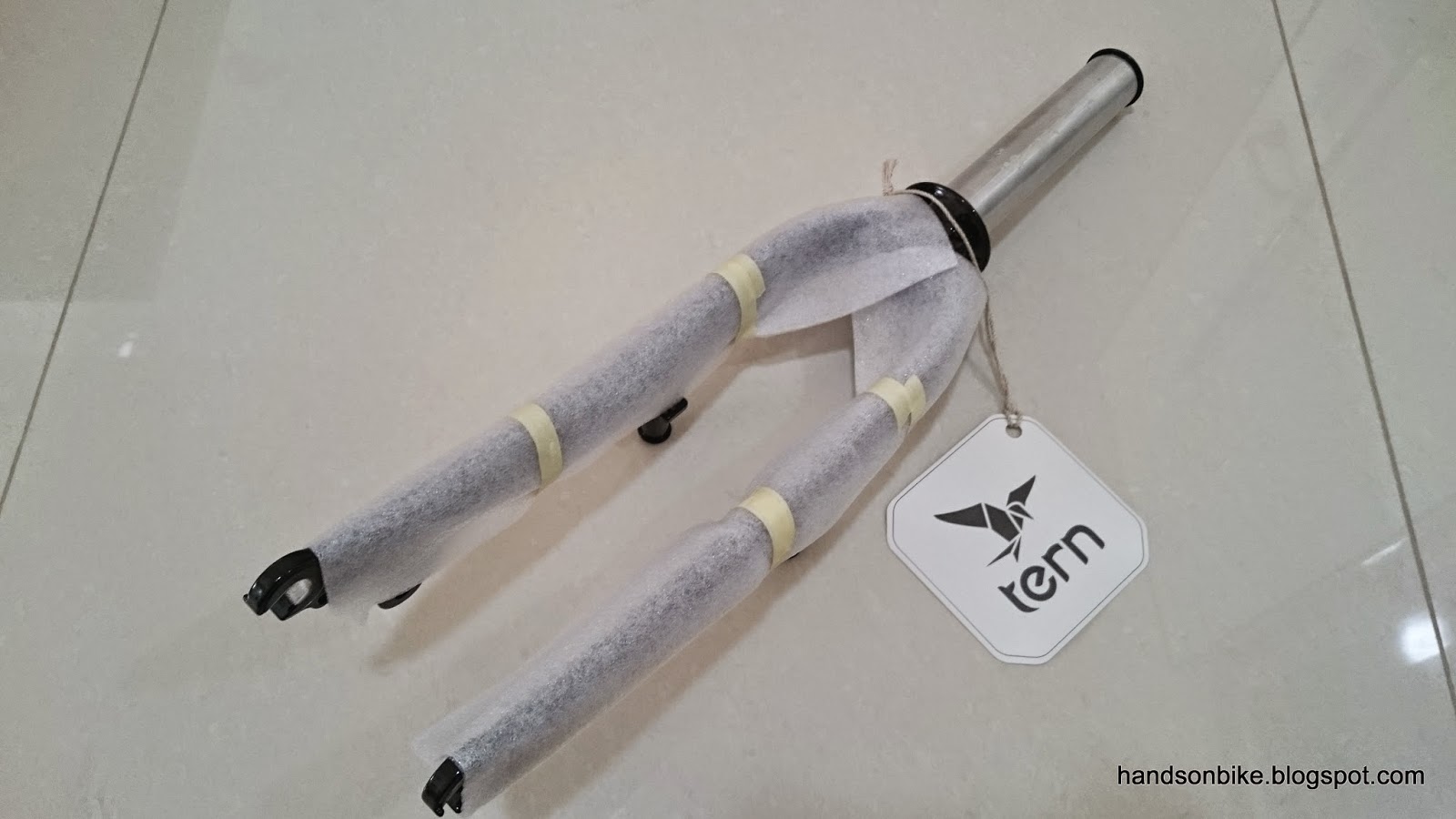 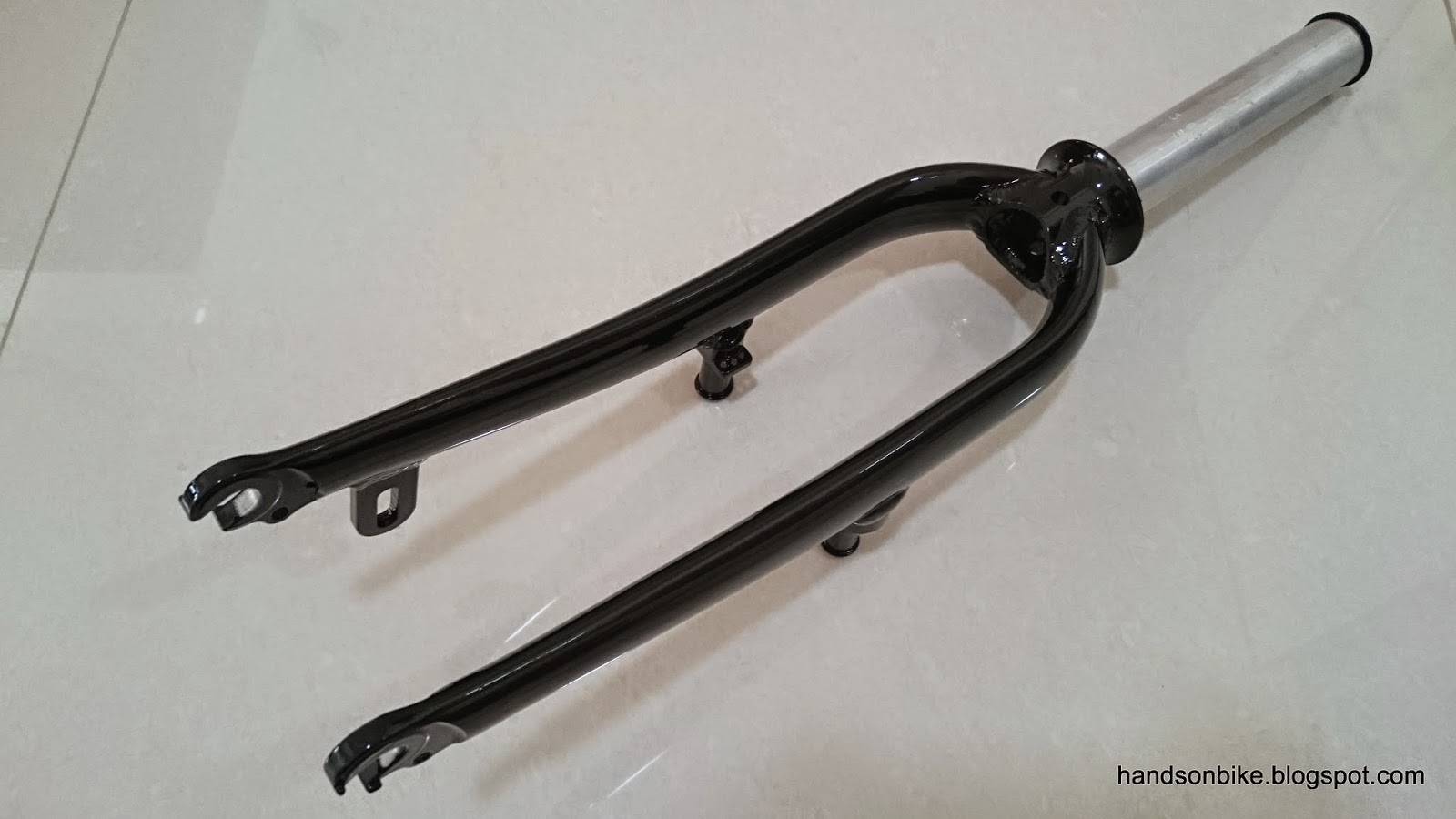 Unwrapped and ready to go 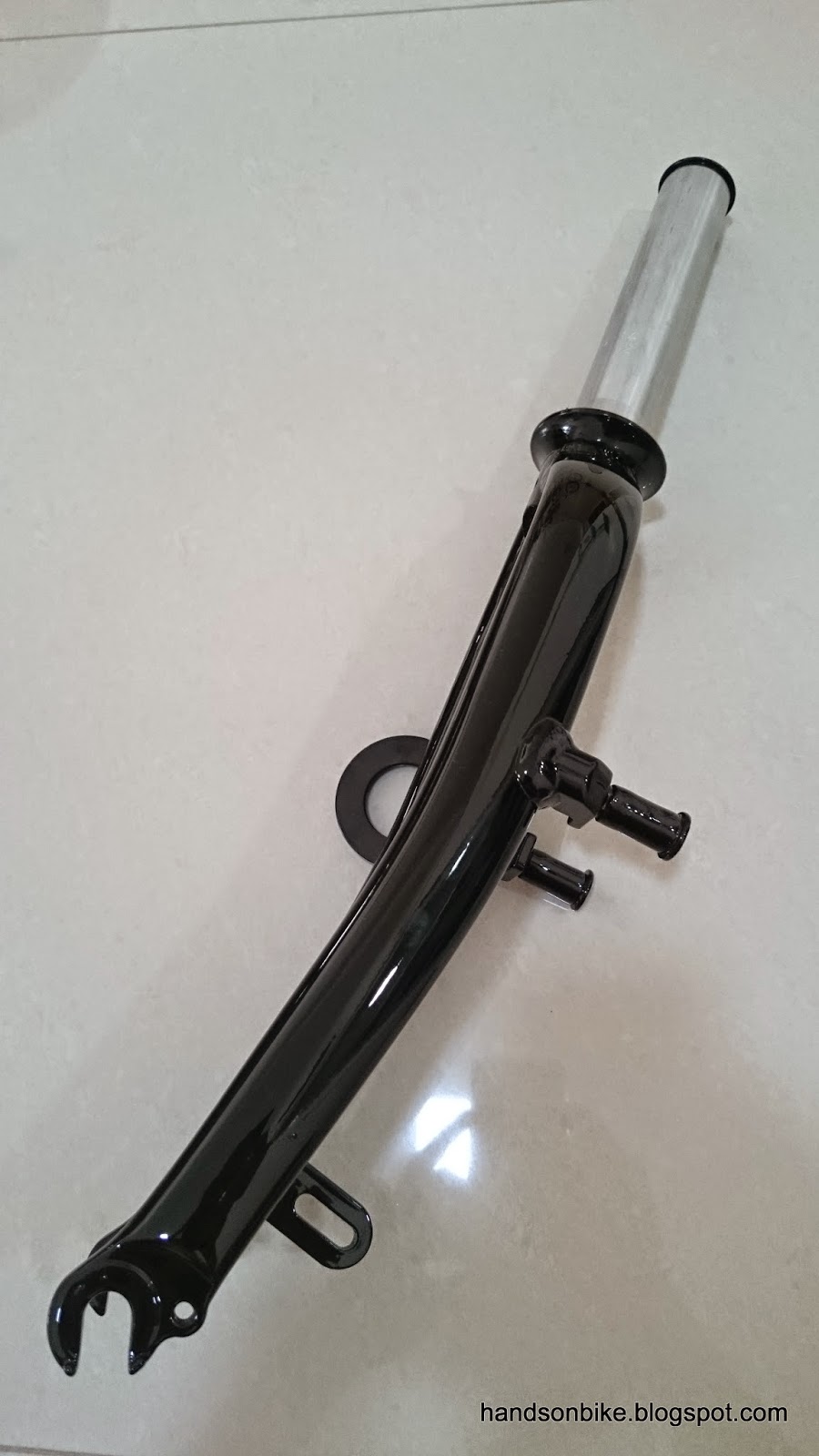 Main difference from Dahon fork is that the V brake bosses are at the rear of the fork instead of at the front... 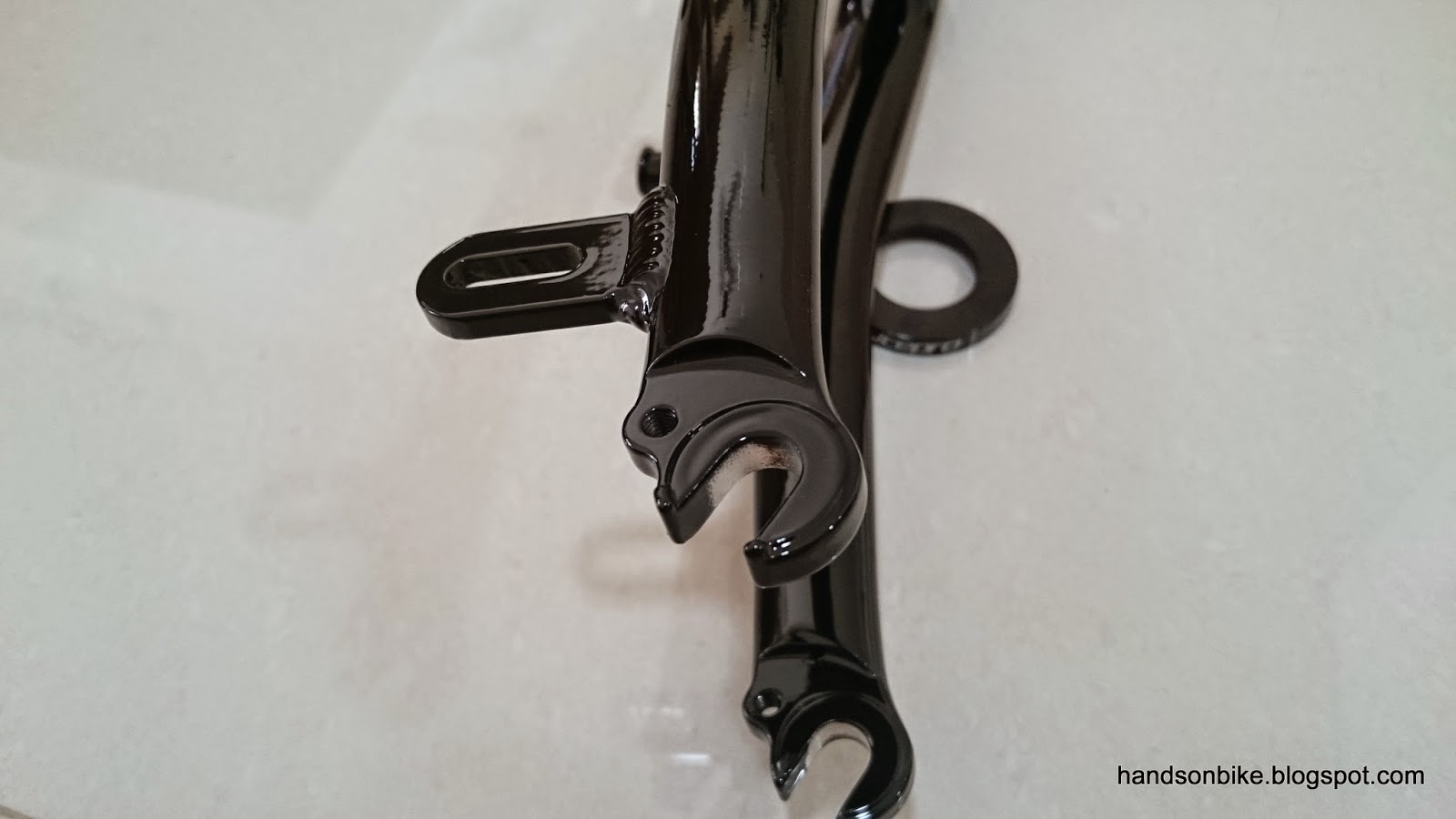 ...and the mount for the Magnetix plate is on the right side of the fork leg instead of the left. This is due to the different folding method. 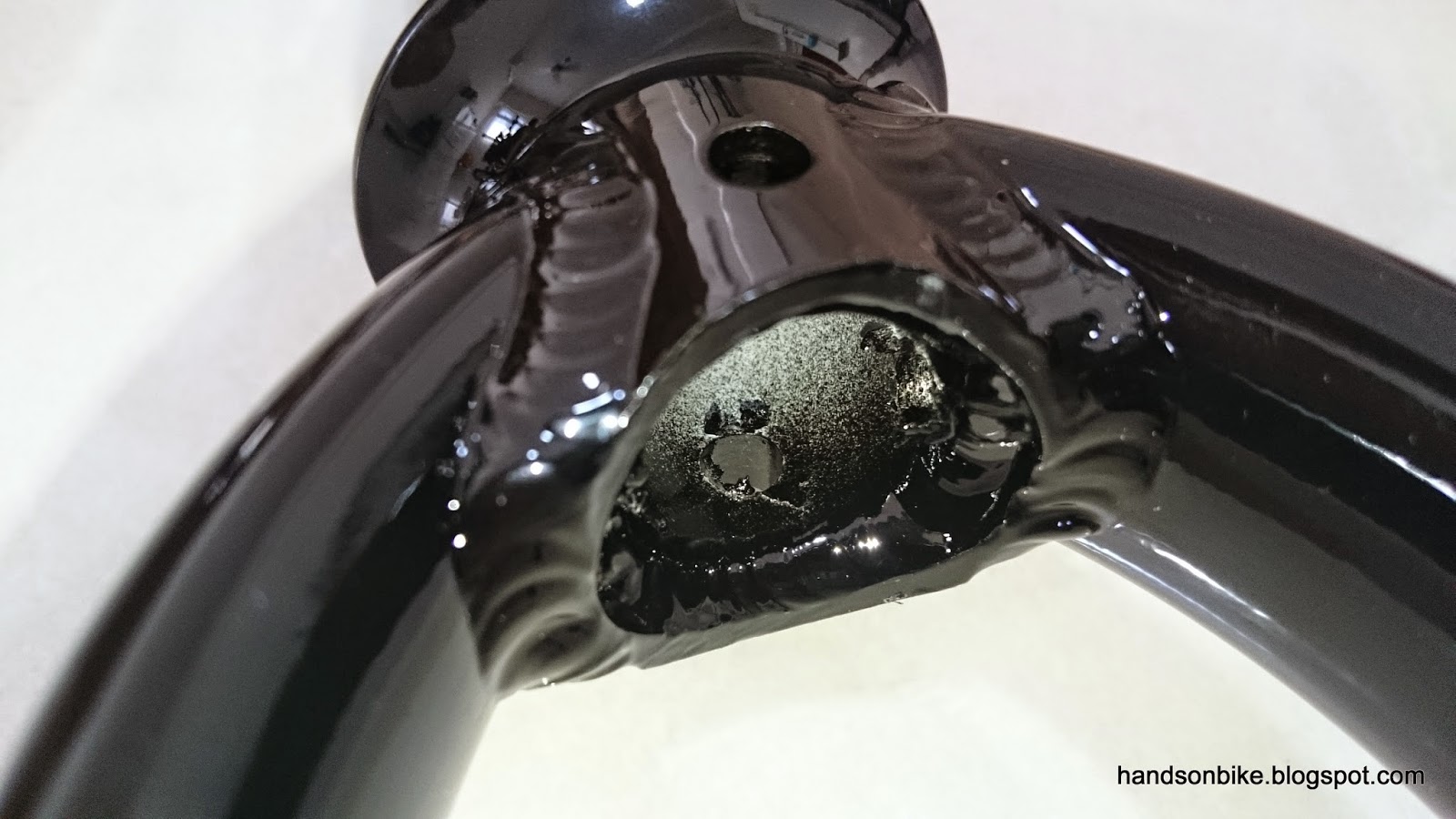 The steerer tube area and the inside of the fork is similar to Dahon forks. Can still use the Elosix front brake adaptor for caliper brakes. Weighs 438 grams on its own, comparable to the Dahon fork. 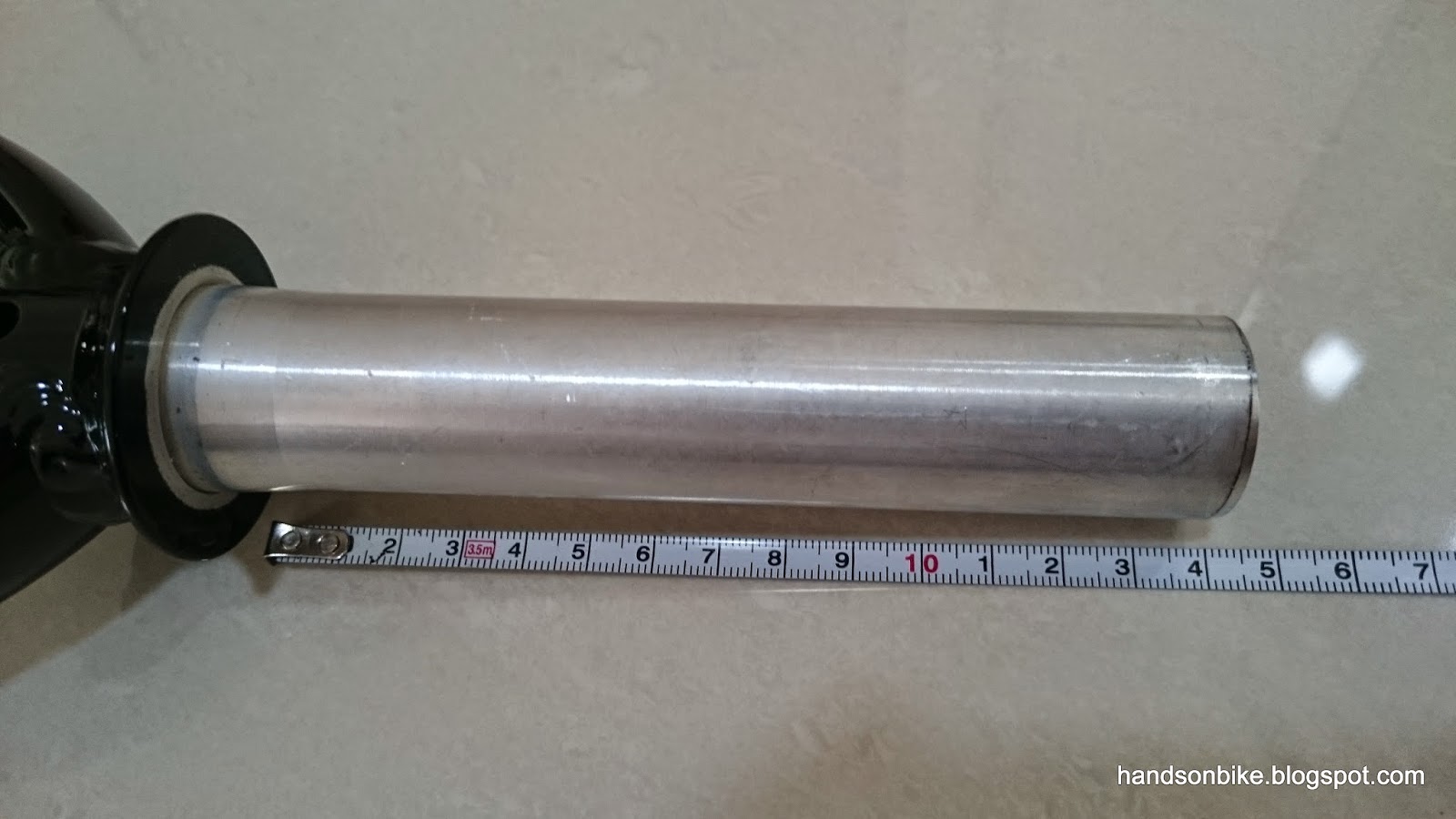 The key part of this Tern fork is the steerer tube, which is 140mm long. For reference, the Dahon fork has steerer tubes of 2 different lengths, 111mm (for Speed/Boardwalk/Vitesse frames) and 123mm (for Mu frames). 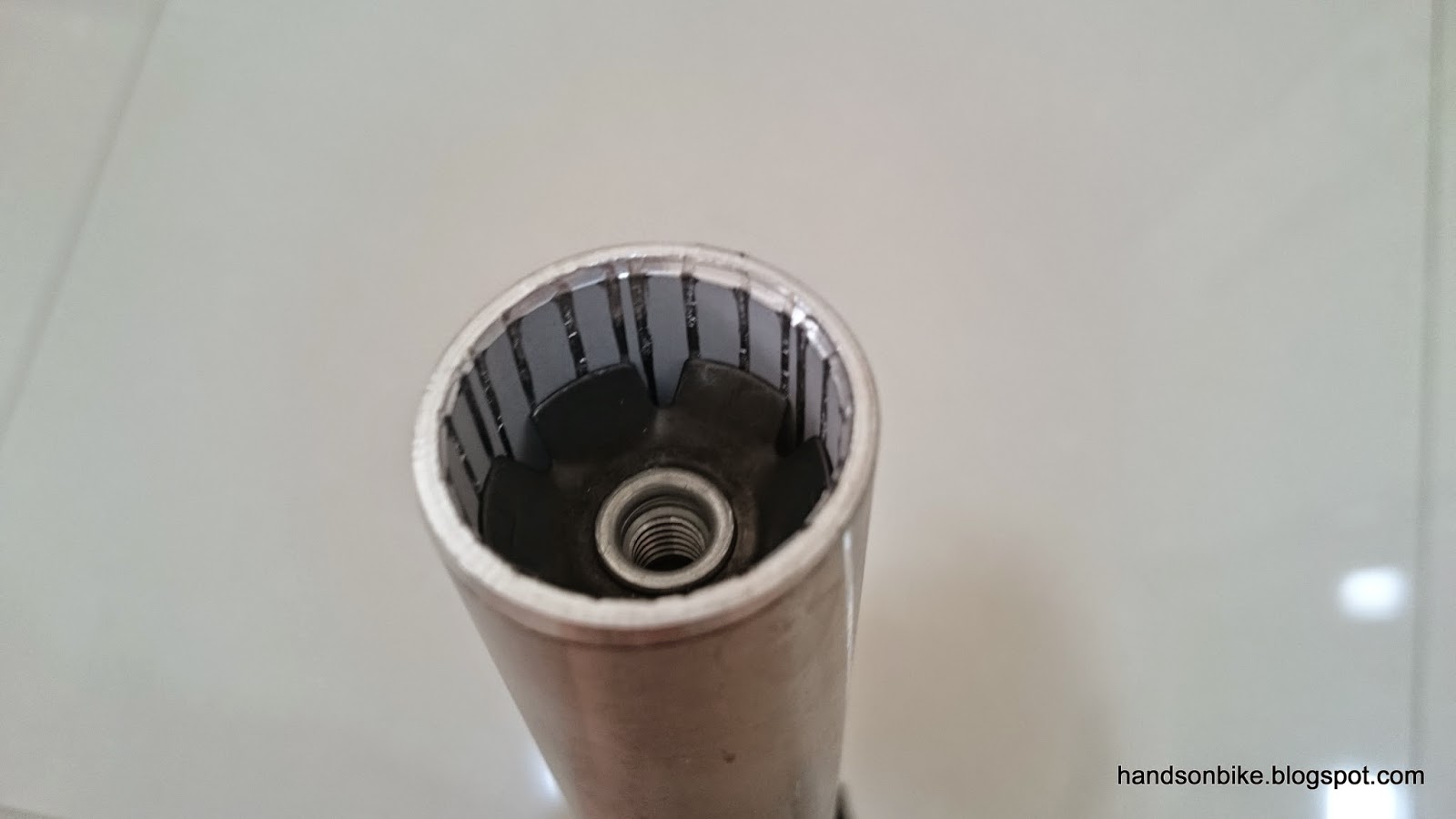 Another new discovery for me is that the inside of the fork is not threaded. Rather, it has a starnut inserted in the steerer tube, same as standard road bikes or mountain bikes.

Although there is no problem in dealing with a starnut, the problem is that neither the fork nor the handlepost comes with a top cap to be used with the starnut. As shown in the handlepost installation manual below, a top cap is required to pre-load the headset bearings during installation. 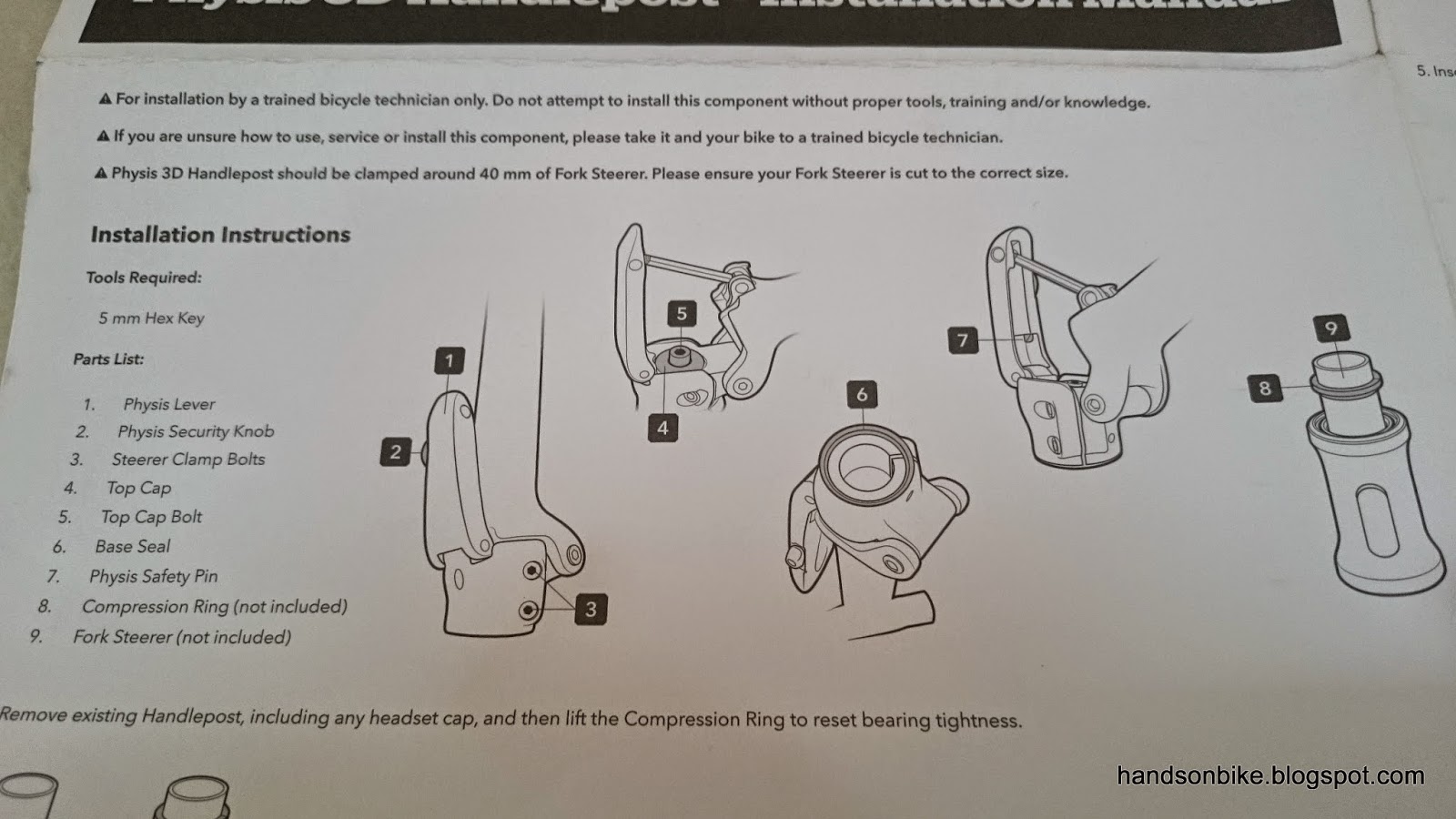 Installation manual for the Tern handlepost

Luckily, the missing top cap is just a standard top cap, which is the same as those found on road bikes or mountain bikes. It is easy to find a top cap to use with this Tern handlepost and fork. 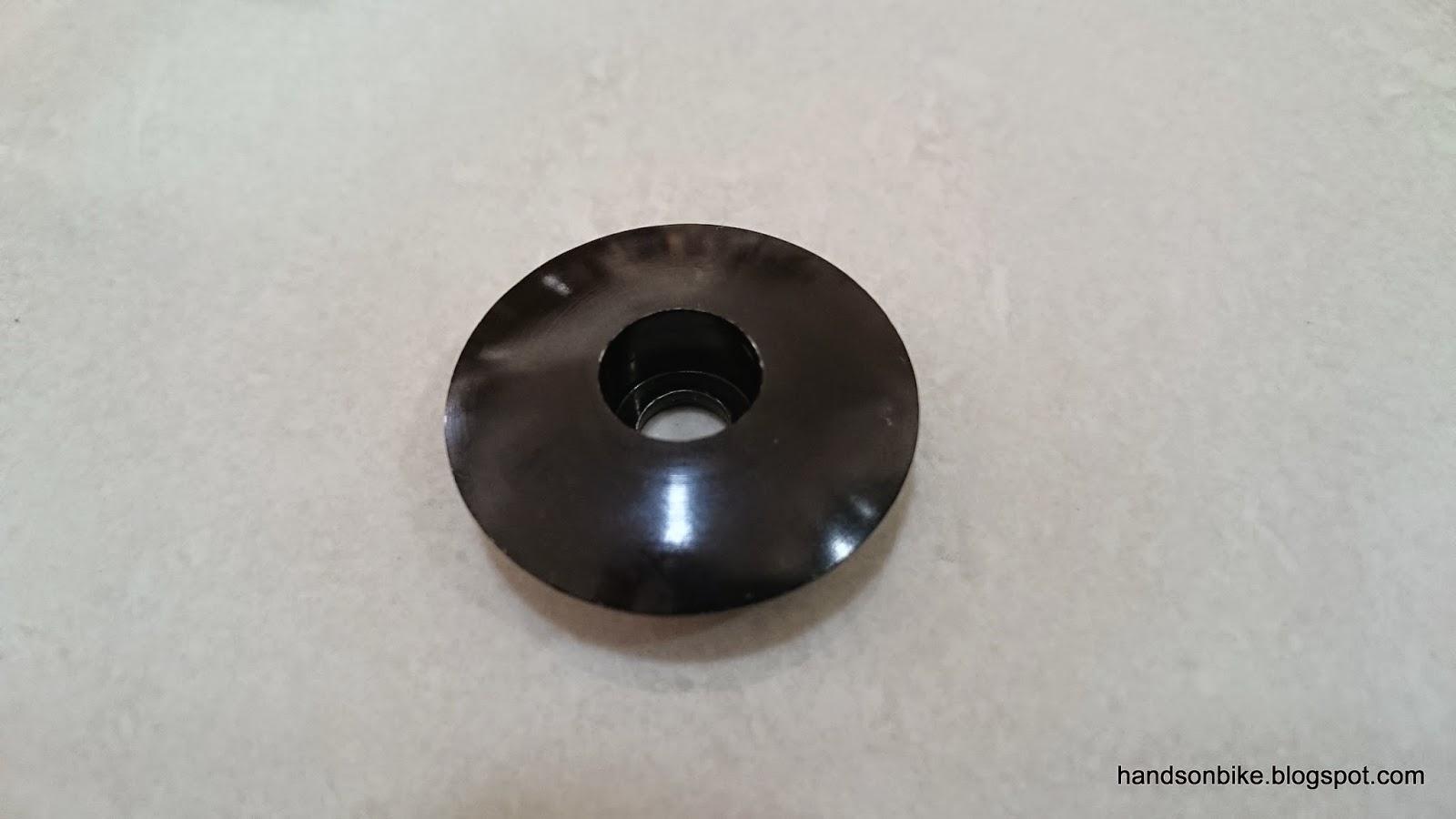 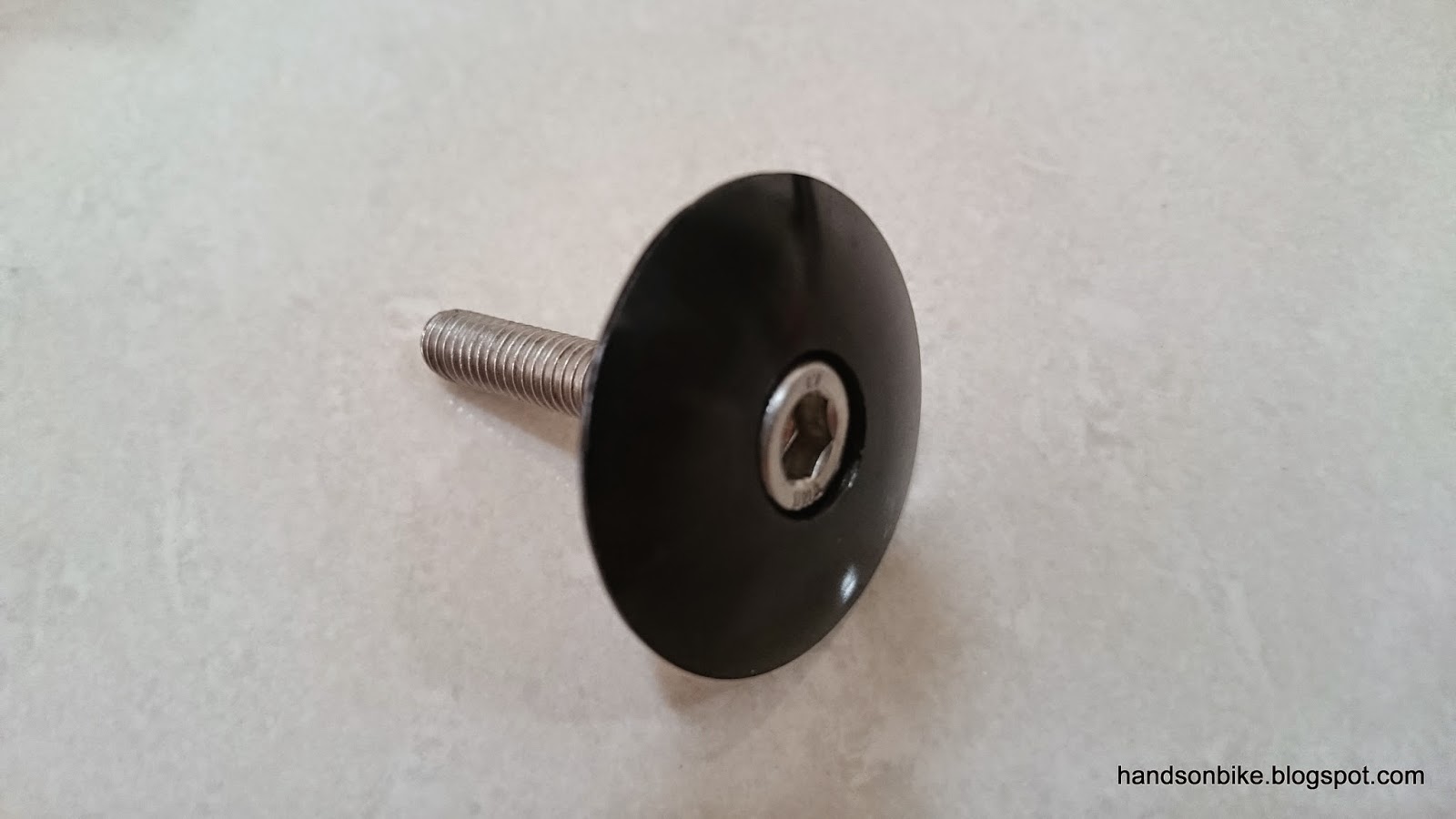 A standard M6 bolt of suitable length is used with the top cap. 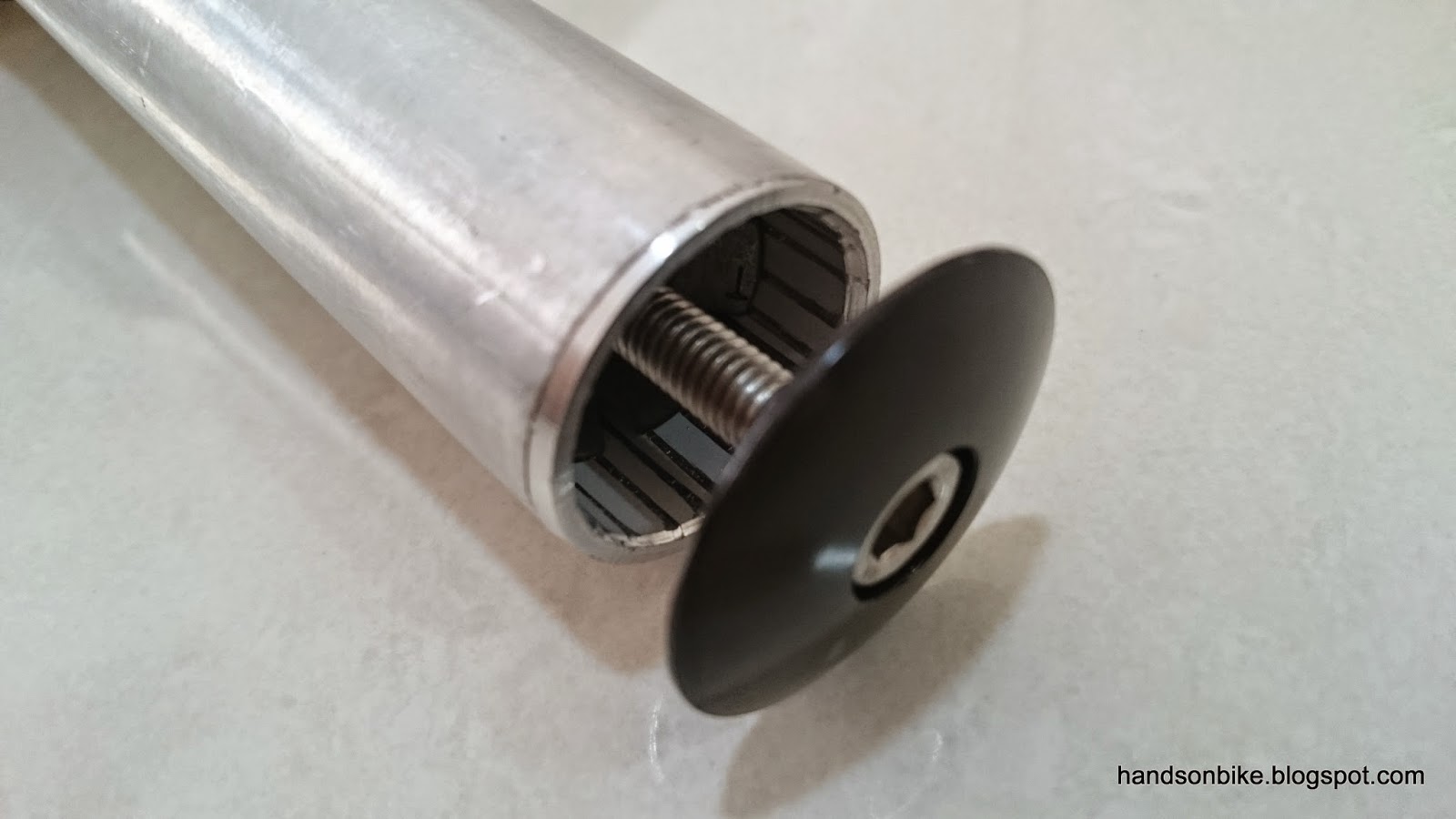 The M6 bolt will thread into the starnut during installation of the handlepost. 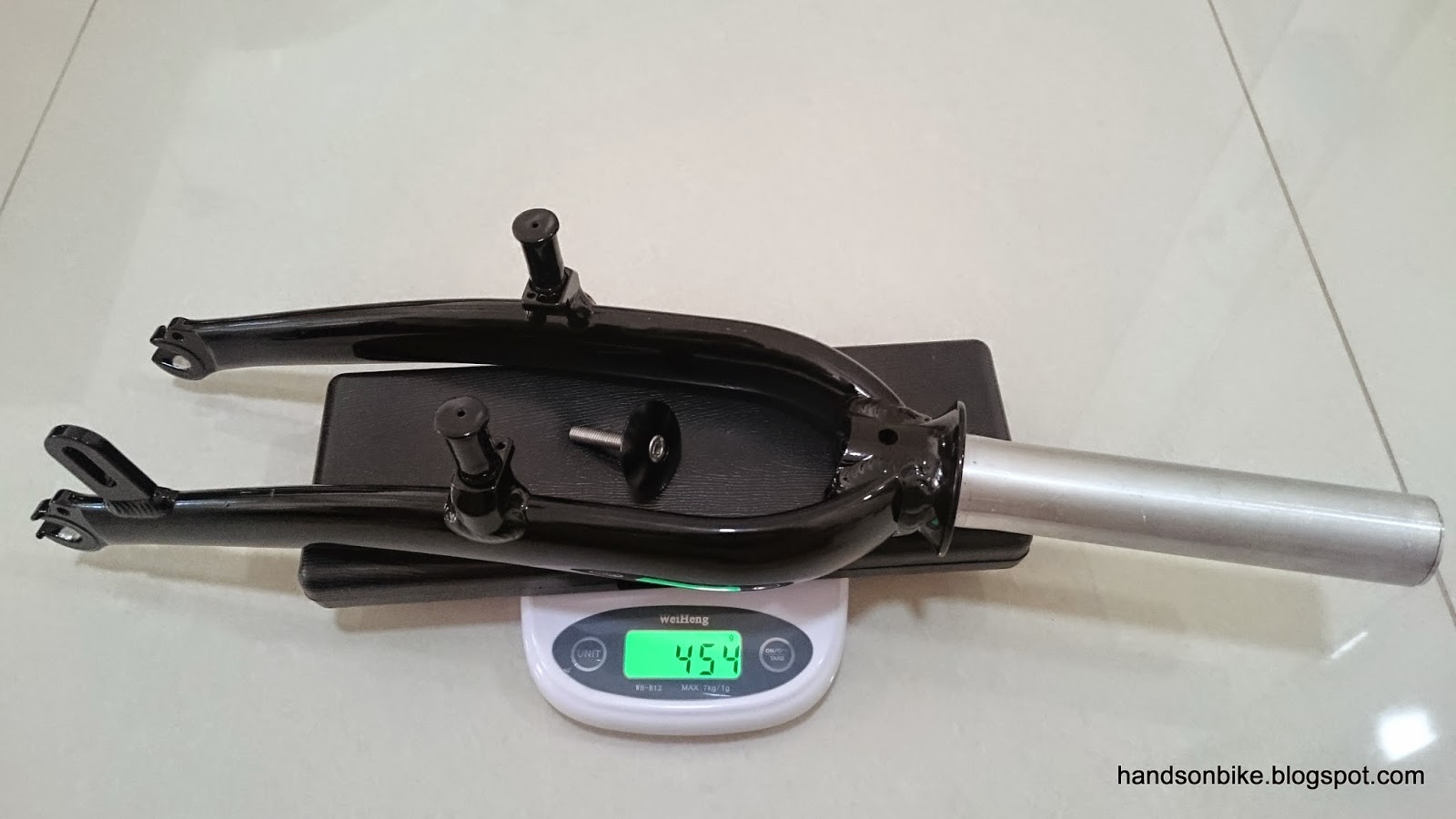 Total weight of the Tern fork + top cap is 454 grams, lighter than the Dahon fork + steel compression bolt at 488 grams.