Journey of the Boardwalk: Part 41 - Components for 11 Speed Ultegra Di2

Why 11 speed? For Shimano Di2, shifting feels the same for 10 speed or 11 speed systems. This is because the shifters can be the same, as they are just buttons that activate the derailleurs. Therefore, there is actually no real need or incentive to upgrade my 10 speed Ultegra Di2 system on the Dahon Boardwalk to 11 speed.

Some time ago, I had changed the rear hub on the Dahon Boardwalk to a Chris King R45 11 speed rear hub. However, the drivetrain remained at 10 speed Ultegra Di2. Now, I can finally make use of the 11 speed capability of the rear hub and upgrade to 11 speed!

As shown below, here are the new components for upgrading the Dahon Boardwalk from 10 speed to 11 speed. I chose the 11 speed Ultegra 6870 Di2 components, as they are much cheaper than Dura-Ace Di2 components and work just as well. 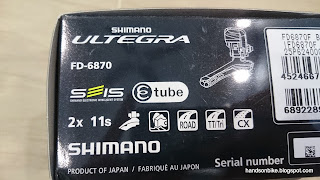 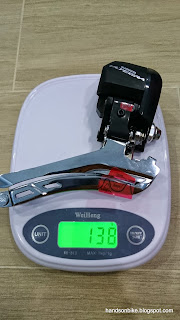 Quite lightweight at only 138 grams, considering that it houses a servo motor inside. Much smaller size than the previous Ultegra 6770 FD. 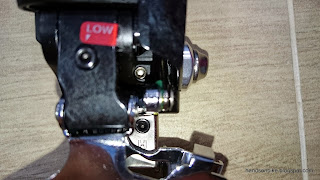 Same locations for the High, Low adjustment bolts and the support bolt. 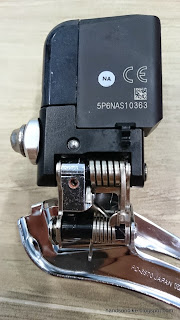 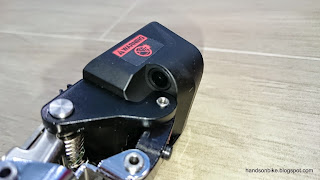 Di2 wire connection point has been changed from the top-front to the rear-bottom of the FD, probably for better appearance. 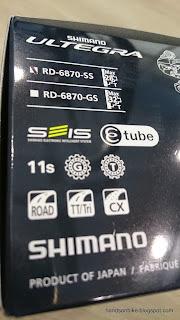 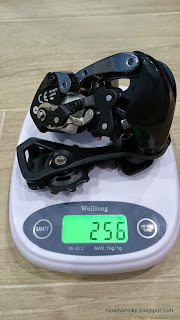 Healthy weight of 256 grams for the Ultegra 6870 Di2 RD, approximately the weight of a Tiagra RD 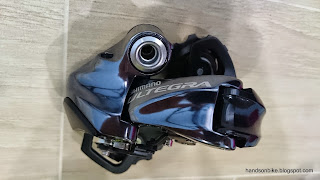 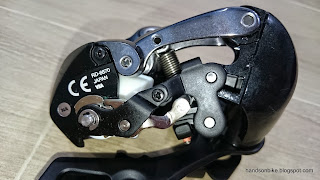 Crash protection arm at the bottom of the RD will give way and allow the RD to be disconnected from the servo motor, in order to prevent damage to the servo. 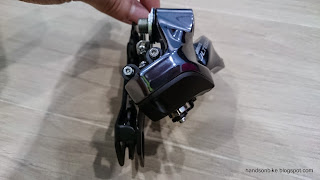 Rear view of the RD. Compact design that is very similar in size to the Dura-Ace Di2 RD. 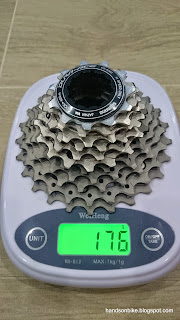 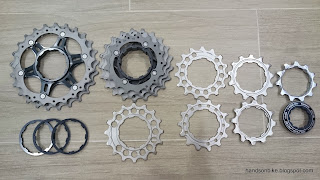 Overview of the cassette components. Detailed info on this cassette available in a separate blog post here. 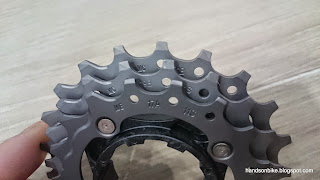 Titanium is used for the largest sprockets for weight savings

As for the chain, any 11 speed Shimano chain will be compatible. In fact, for this generation of 11 speed Shimano components (Dura-Ace 9000, Ultegra 6800, 105 5800, XTR M9000 and XT M8000), they can all use the same 11 speed chains. The different grades of chains mostly differ in surface treatment, but the chain compatibility is the same. 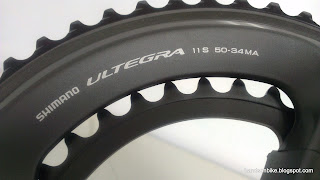 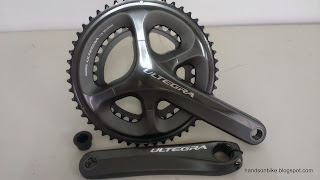 The reason for using this Ultegra 6800 crankset is because the appearance matches nicely with the new Ultegra 6870 Di2 RD and FD. 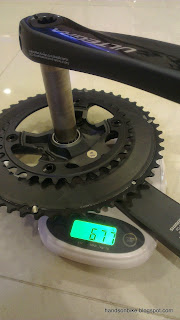 Lightweight at only 677 grams for the crankset

The best part about upgrading a Di2 system is that not all the components need to be changed. The current Ultegra 6770 shifters can still be used, as well as all the wiring and the battery for the system. However, all these components will need to be updated with the latest firmware so that the old and new components can all communicate and work with each other.

Since the shifters and wiring will be the same, there is no need to remove or reinstall the bar tape or the cables. This means that a lot of time is saved, as I only need to do a direct swap of the 10 speed components for the 11 speed components, which is quite straightforward.

In order to update Di2 firmware and customize the system, the PC Linkage Device SM-PCE1 is required to connect the PC to the Di2 system. Previously, I borrowed the PCE1 to use when I was customizing the 10 speed Ultegra Di2 system. However, as I will be setting up and customizing 2 separate Di2 bikes, it would be more convenient if I were to get my own PCE1 device. 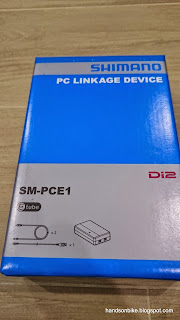 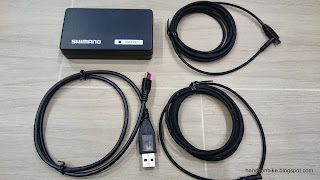 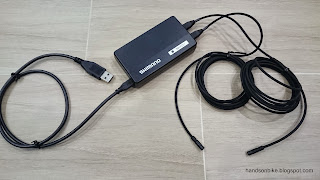 Connect the USB cable on the left side to the PC, while the other end has 2 Di2 wires. Just link up any 2 components of the Di2 system with these 2 wires and start the E-Tube software on the PC to start the configuration.

Now, you may have noticed that I am using a compact 50/34T crankset on the Dahon Boardwalk. Usually I would not advise using a compact crankset on a small wheeled bike, such as this 20" wheel bike, as the gearing may be too low for faster riding. A standard 53/39T crankset is usually more suitable.

However, in this case, I am also changing the cassette from the original 12-27T cassette to a 11-25T cassette. This cassette combination will compensate for the lower gearing of the crankset.

What this affects is the overall gear range of the bike, and how close the ratios are between the gears. As shown by the graph and table below, the overall gear range of this new setup has increased slightly, both at the top end and the bottom end of the gear range. A 50T front/11T rear actually gives a higher gear ratio than a 53T front/12T rear gear combination. Together with the additional gears by going from 2x10 to 2x11 speeds, the spacing between the gears is maintained at a comfortable difference.

Also, from the table below, the number of unique gears (after removing overlapping gear ratios) has been increased from 13 to 15 (shown by the blue and green highlighted boxes). These additional gears will allow better cadence control as I will always be able to find and select the preferred gearing for comfortable and efficient pedaling.

Table showing the difference between the old and new drivetrain setup.

Lastly, the highest gear ratio should still enable me to maintain a good speed of around 36km/h on the Dahon Boardwalk. As shown from the cadence vs speed table below, I can reach 36km/h when I use the highest gear (50T front/11T rear) and pedal at 90 RPM which is easily achievable. Whether or not a higher gear ratio is needed will be determined after test riding. 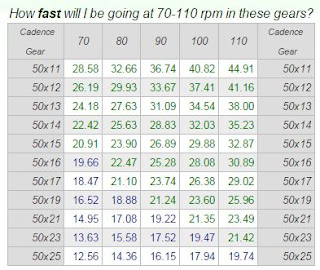 Comparing cadence vs speed for the different gear ratios

In short, this new setup is better as I have a slightly wider gear range and more unique gears to use. As a side benefit, this compact setup is slightly more lightweight as the chainrings are smaller, the cassette is smaller and a shorter chain can be used.

Therefore, it can be feasible to use a compact crankset (50/34T) on a small wheeled bike, provided these conditions below are satisfied.

1) A small cassette (with 11T as the smallest sprocket) is used to give a sufficiently high top gear.
2) Pedaling style should be a high cadence, smooth spinner type, instead of hard mashers who push high gears at low cadence.
3) Leisurely style of riding, with a top speed of below 40km/h. Higher speeds are possible only if you increase your cadence to beyond 90 RPM. 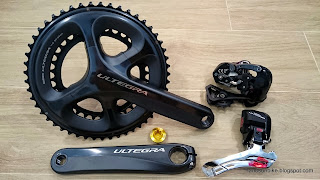 Picture of the new components that will be going onto the Dahon Boardwalk. The cassette had already been mounted on the rear hub.