It has been more than two years since I built up the 2x10 speed Dahon MuEX from scratch. From a mechanical shifting 2x10 speed system to a electronic Di2 Ultegra/XTR hybrid, it has worked very well. As far as I know, it is a unique setup as I have not seen other Di2 folding bikes with this setup.

Recently I decided to change out the grips for something more comfortable for longer rides. The original grips which was installed was a normal lock-on type round grip which was taken from the Polygon mountain bike. It is lightweight and looks good, but due to the normal round profile, it can be uncomfortable on the wrist for longer rides due to no support for the palm of the hand. 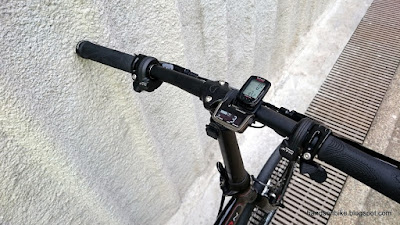 In order to improve the wrist comfort, I have considered changing to Ergon grips for a more comfortable grip and more palm support. However, the concern was whether the extra material on the grips will interfere with the folding of the bike, as the grips will come very close to the front wheel rim during folding.

After deliberating for a long time, I finally decided to get the grips to try out. Hopefully the Ergon grips will fit and not interfere with the folding. If it does interfere, I can always put it on another bike instead.

The Ergon grips which I chose was the basic version, the GP1. I had a choice of small size or large size to choose from, and I chose the S size after comparing the two in the shop. 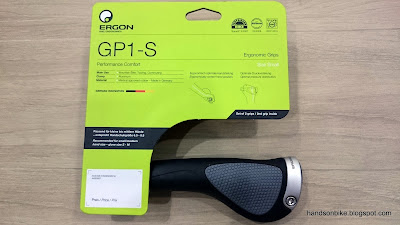 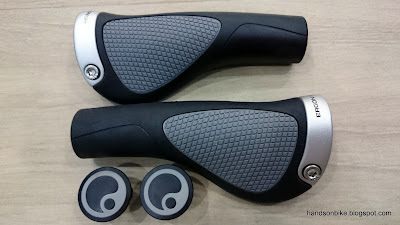 Standard type, with both the left and right side the same length 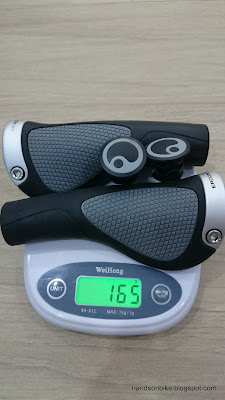 Weighs 165 grams for the pair 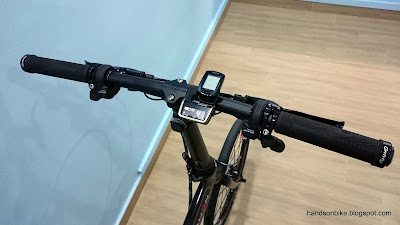 Once again, a picture showing the original grips before changing to the Ergon grips 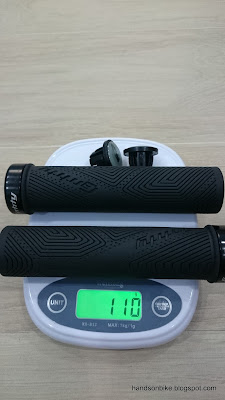 Weight of the Entity branded grips, 110 grams. This means a weight increase of 55 grams when changing over to the Ergon grips. 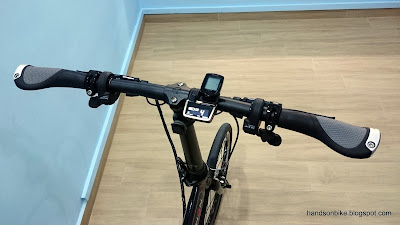 Ta-da! New Ergon grips installed. The shifters and brake levers had to be shifted a bit as the grip lengths were a bit different. 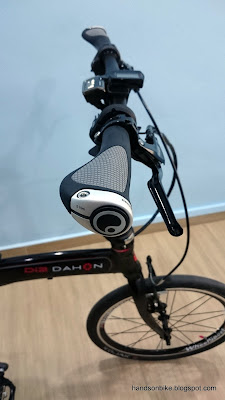 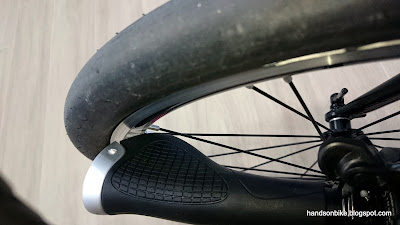 Finally, checking the clearance of the grip with the front wheel rim and tire during folding. Luckily, there is no interference.

With this new Ergon grip, it is much more comfortable for the wrist on longer rides, as there is additional support for the palm of the hand. I have used Ergon grips on my Dahon Boardwalk before, before the flat handlebar was changed to a bullhorn bar and then a drop bar. These type of grips are highly recommended for flat handlebar bikes due to the extra comfort it gives.
at June 12, 2016