After changing the rear wheel on the Avanti Inc 3, I realised that I have upgraded both the front and rear wheel on that bike. As such, both the front and rear rims have a higher profile compared to the stock wheelset. The Schwalbe Marathon Supreme tires that I have had for a few years does not seem to match so well to the high profile rims, as the tires has a reflective strip all around.

Also, after changing to drop bars and road crankset, the bike is now a more sporty bike that wants to go faster. As such, I decided to change the tires on the bike to something narrower and hopefully faster.

Having heard of many positive reviews about Continental tires, I decided to try it out instead of sticking to my usual Schwalbe brand. As an all weather commuting bike, I have to ensure that the tires have sufficient grip in wet weather, while also having some level of puncture protection. Therefore, the more race oriented Continental GP4000 is not so suitable even though it is fast.

While browsing through the wide range of tires that Continental has, I came across this Grand Prix 4 Season Tires that seem to provide what I need. Let's take a look! 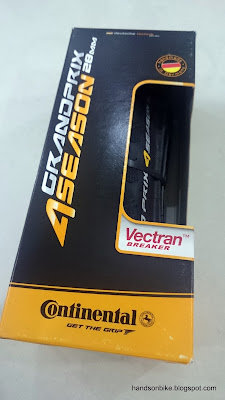 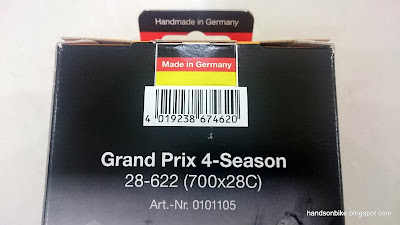 28mm wide, for a good balance between comfort, grip and speed. The previous Schwalbe Marathon Supreme is 32mm wide. 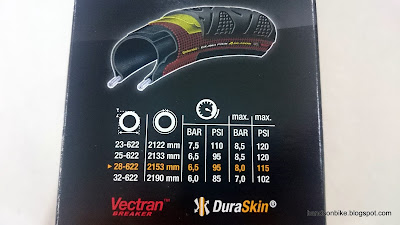 The tire circumference is helpfully provided for programming the cycle computer. Max pressure is 115 PSI, which is high for a commuting tire. 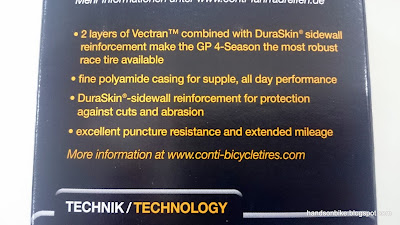 Robust race tire due to the layers of puncture protection available. 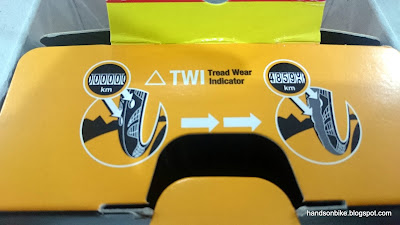 There is a tread wear indicator on the tire, but I can't find it. 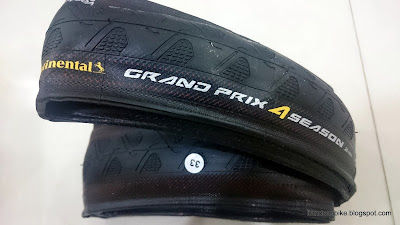 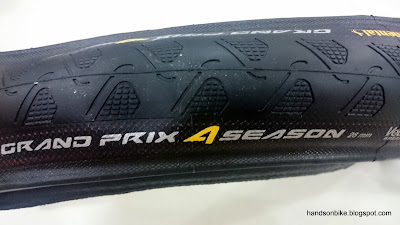 Slick in the middle for low rolling resistance, grippy design at the sides for cornering grip 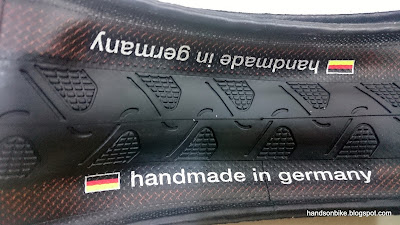 Made in Germany! I didn't realise it came with brown sidewalls though... 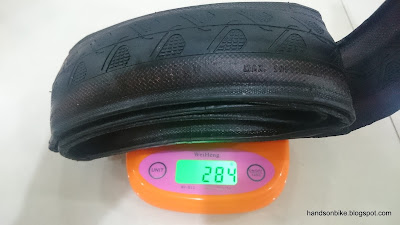 284 grams for 1 tire, which is about 90 grams lighter than the previous Schwalbe Marathon Supreme 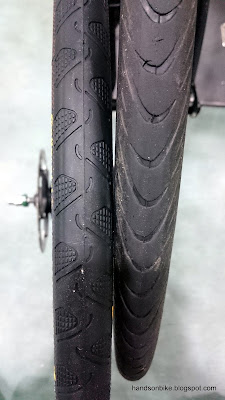 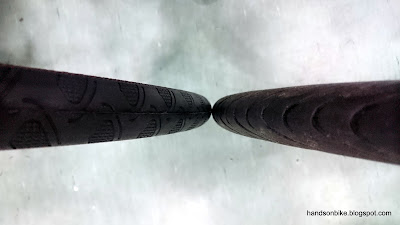 Visually, there is almost no difference in width... 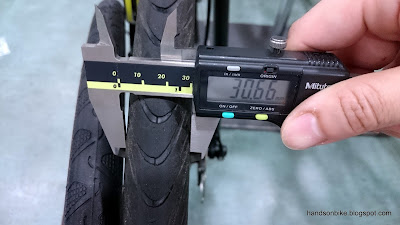 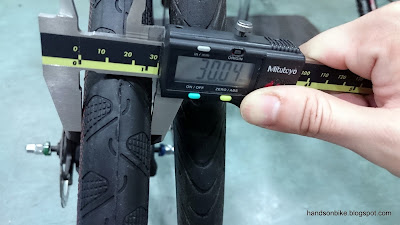 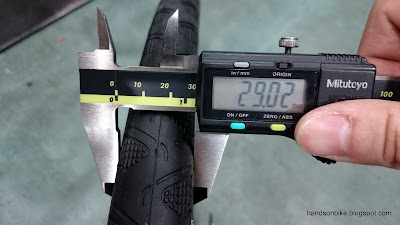 Comparing the front wheels, the Continental tires are about 1.6mm narrower in width as compared to the Schwalbe tires. This is much smaller than the 4mm that the sizes (28C vs 32C) indicates. Seems that the Schwalbe tires were narrower than specified, while the Continental tires are wider than specified, causing this condition.

I was rather disappointed as this meant that this tire change only yielded a small difference in width, when I was expecting more. If I had knew this was the case, I would have gone for the 25C Continental tires (which might turn out to be 26mm in width). 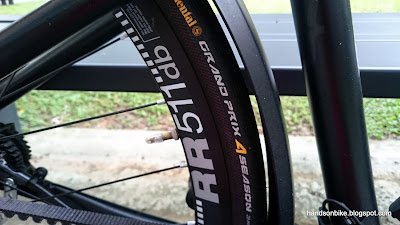 Fresh logo on the Continental tires, as installed on the rear wheel 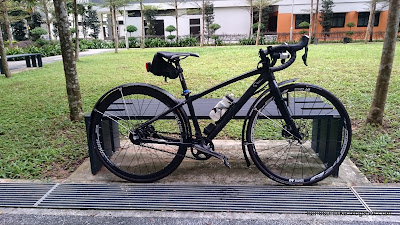 From far, the brown tire sidewalls are not so visible. Without the reflective strips on the tires, the rim profile looks deeper.

This upgrade turned out to be rather inconsequential as the tire width was not changed much. At least it looks quite good on the bike. After testing it out for a few months, I find that the ride quality is good and feels faster than the Schwalbe tires. However, it may be due to the change in riding posture (from flat handlebar to drop bar) that yielded the increase in speed.