There has been two generations of road hydraulic shifters, with the first being non series, and the latest being part of the Dura-Ace series. For the mechanical shifting version, the first generation ST-RS685 is now used on many cyclocross bikes or road hydraulic disc bikes. The improved, second generation version is the Dura-Ace ST-R9120 which is engineered to be more lightweight. 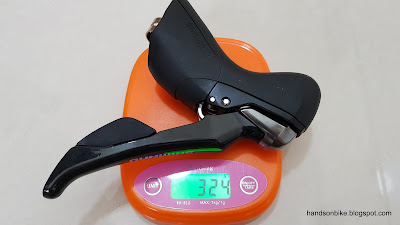 ST-RS685 weighs 324 grams per side, giving a weight of 648 grams per pair. This is heavy, mainly due to the aluminium Bracket. 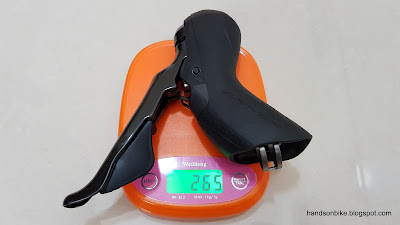 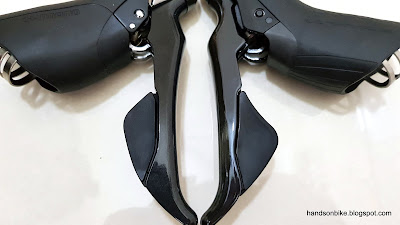 Release lever of ST-R9120 on the right has been slightly increased in size for easier activation. 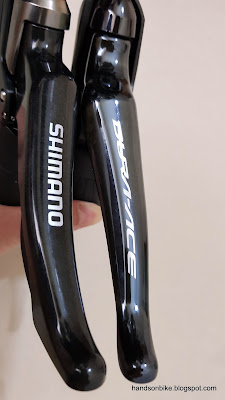 ST-RS685 on the left is non series, with the Shimano logo on the lever. The new ST-R9120 on the right has the Dura-Ace logo, with a superior surface finishing. 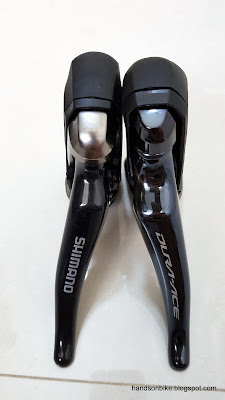 View from the front shows that the curve of the lever is similar, but the ST-R9120 has a slightly wider lever shape near the top. 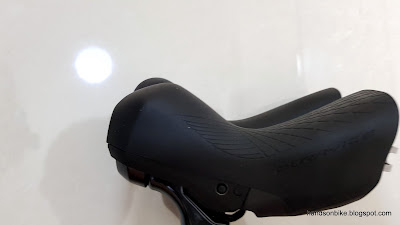 The hood shape is slightly different, with ST-R9120 at the front having a more rounded hood that is slightly lower in height. 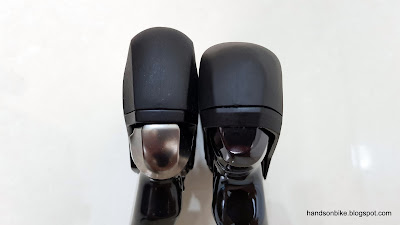 From the front, the difference is obvious. ST-R9120 on the right is lower in height but slightly wider, which gives the impression of a smaller hood size. 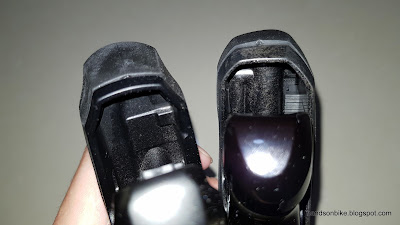 Inside view of the Bracket. ST-R9120 on the right uses a resin Bracket, and you can see the cylindrical shape of the hydraulic system. 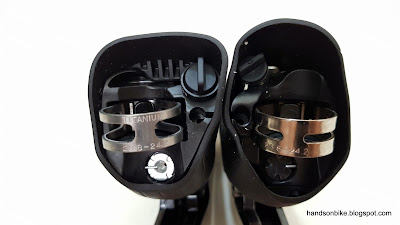 Rear view of the shifters show that the ST-R9120 on the left is slightly wider in size but also shorter in height. 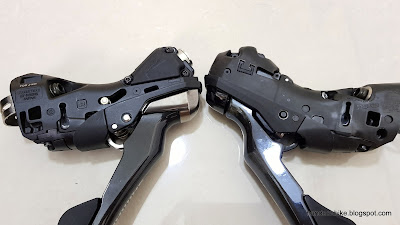 Upon removing the rubber hoods, more differences can be seen. ST-RS685 on the left has an aluminium Bracket, while ST-R9120 on the right has a resin Bracket. 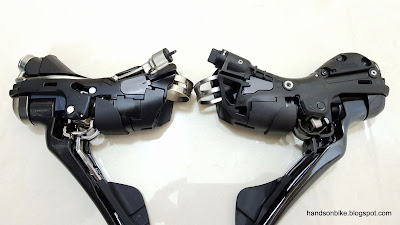 View from the other side. ST-RS685 uses metal pipes for the hydraulic system, while ST-R9120 on the right does not. 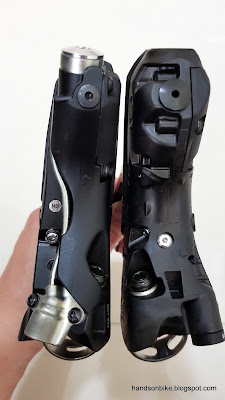 From the top, we can see that the new ST-R9120 on the right has the piping concealed within the resin Bracket, instead of being separately created via metal pipes. 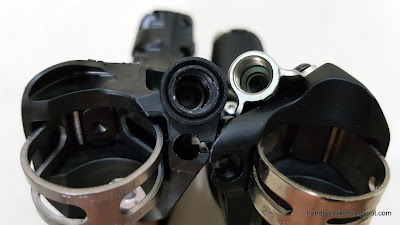 ST-R9120 on the left has a different thread size, which is M9x1.25. This is different from the standard M8x0.75 that is used on other most Shimano brakes.

Main difference between these two shifters is the material used for the Bracket, which directly affects the weight. The hydraulic design has also been tweaked to eliminate the need for metal piping, and instead route the hydraulic fluid within the resin Bracket itself. All these improvements lead to weight savings and also a smaller overall size.
at January 18, 2018