Finally the Bike Friday Haul-A-Day frameset has arrived! After a long 4 month wait, the frameset is finally here. Many thanks to MyBikeShop for helping me to place the order and arranging the logistics to ship the parts from USA to Singapore.

As you can see below, I chose the colour Robin's Egg, which is similar to Bianchi Green that is used on Bianchi bikes. Without any further delay, let's take a close look at the frameset! 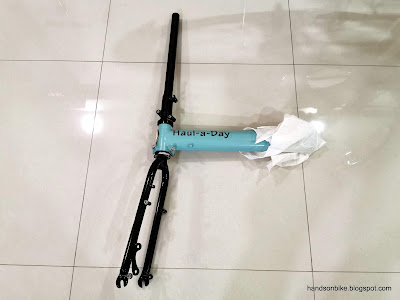 Front half of the frameset, which consists of the main frame, the fork and the handlepost. 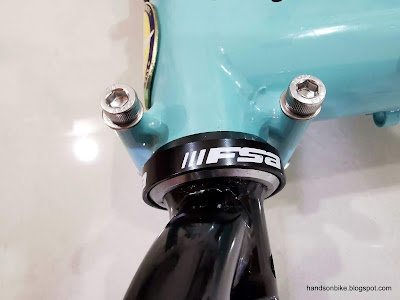 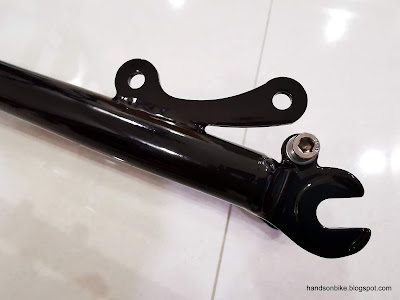 Front fork has IS brake mount, which is less common than Post Mount type nowadays. An adapter will be needed to mount the Deore XT 4 piston brake calipers. 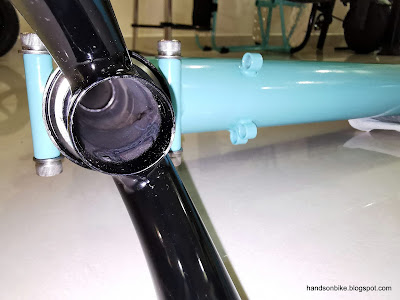 Bottom view of the fork. The handlepost can pass all the way through to the bottom of the fork for height adjustment. 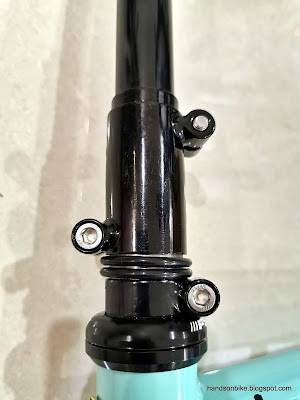 Top bolt is to adjust the height of the handlepost. Middle bolt clamps the handlepost to the steerer tube. Bottom bolt fixes the pre-load on the headset, do not adjust this bolt! 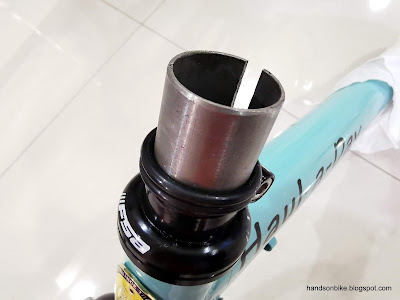 With the handlepost removed. There are 2 rubber O-rings, for unknown purposes. 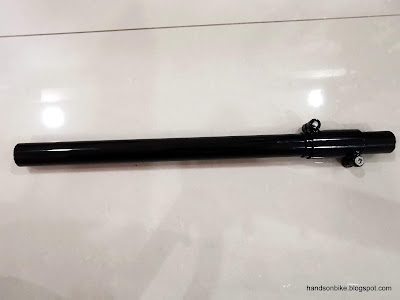 Handlepost removed from the fork. 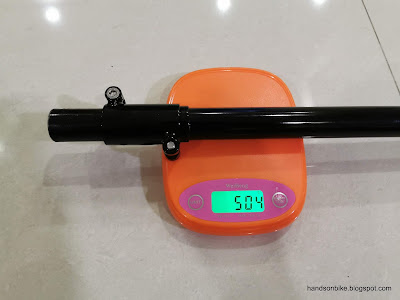 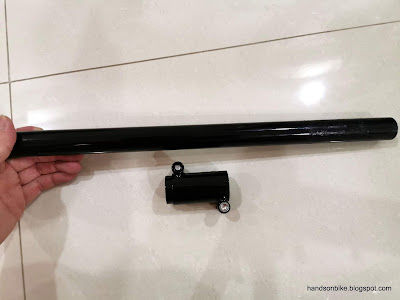 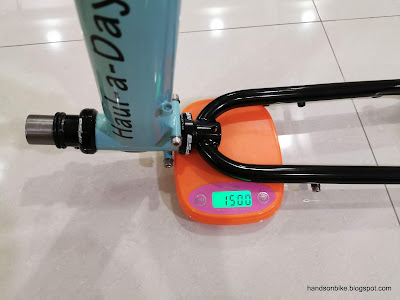 Front half of the frame plus the fork and headset weighs a hefty 1500 grams, as they are all made of steel. Just for comparison, my Canyon Endurace carbon frame + fork weighs just 1168 grams. 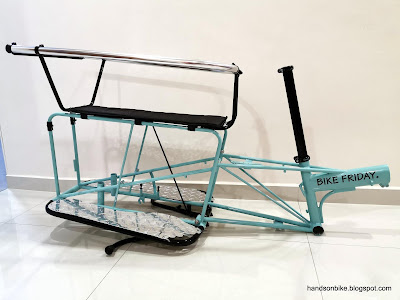 Here is the rear half of the frame. Accessories already pre-installed by MyBikeShop. 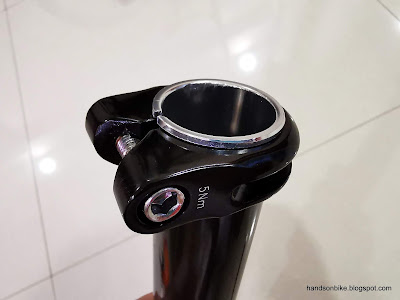 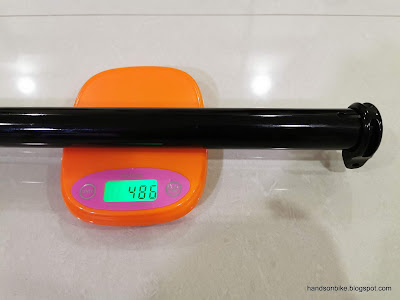 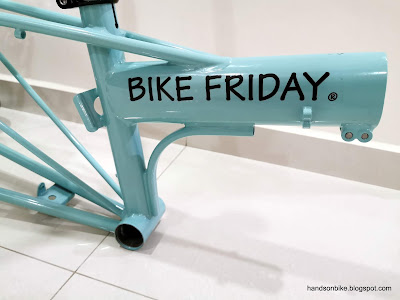 Bike Friday logo displayed prominently on the main frame, via a sticker instead of being painted. 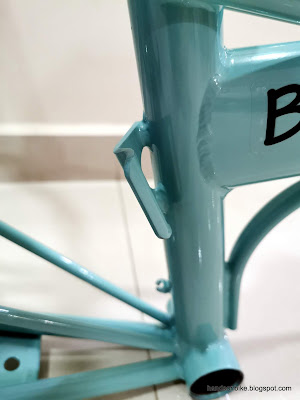 Front derailleur mounting is available, although it does not have the reinforcing plate for the support bolt of Di2 front derailleurs. 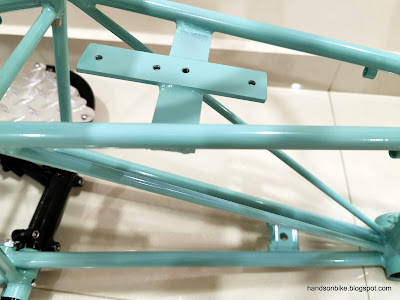 Area between the seat tube and the rear wheel. Lots of space here for storage! 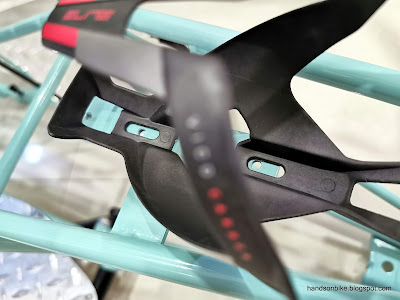 The threaded holes on the plate can be used to fix a bottle cage if desired. 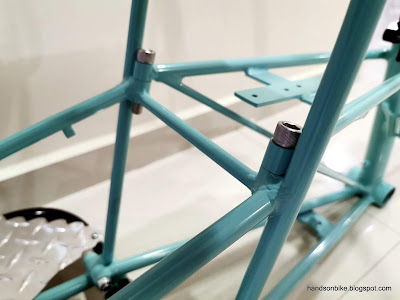 Rear part of the frame is fixed to the middle section via large bolts. 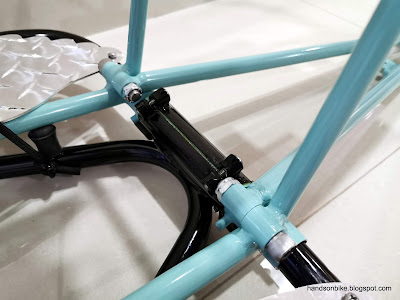 A total of 4 large bolts join the rear part of the frame to the middle section. 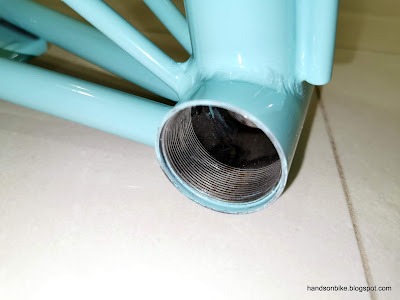 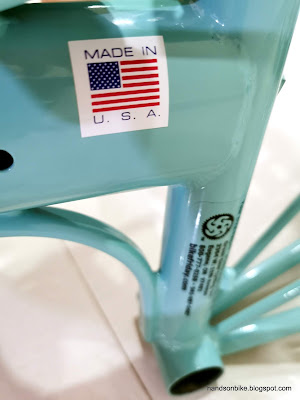 One of the few bicycles still made in the USA! 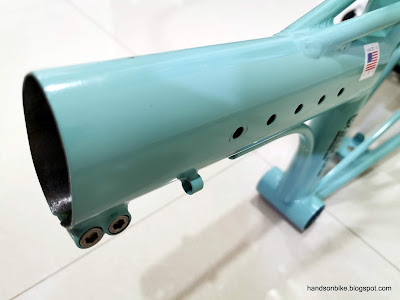 This area joins to the front half of the frame, and there are 5 positions to choose from, which determines the top tube length of the bike. 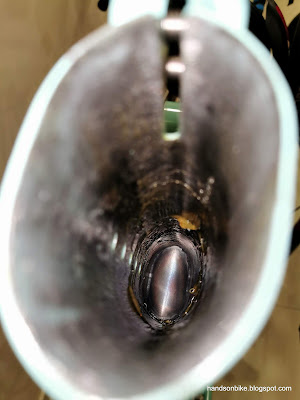 Seat tube can be seen when looking down into the main frame. 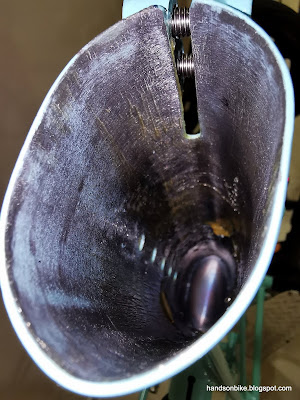 This surface will be mated to the front half of the frame. 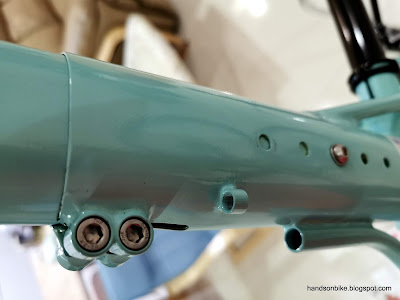 Once the position is decided, a small bolt is used to fix the position (I chose the middle hole), and 2 more clamp bolts are used to secure the two halves of the frame together. 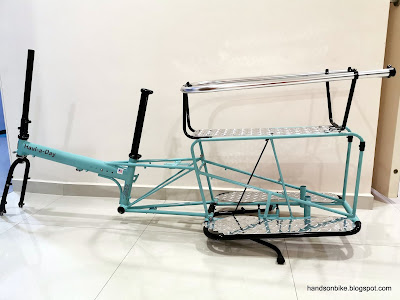 Front and rear half of the frame joined together. This was the condition when it was at the shop, but I had to dismantle it into two pieces to bring it back home. 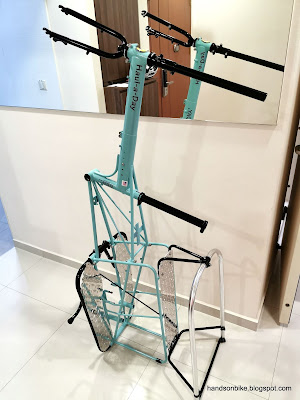 Bike will be stored vertically when not in use, to save space.

Prior to receiving the frameset, I had already gathered all the necessary components to build the bike. With the frameset ready, the bike building can begin!