A quick comparison of the Ultegra R8000 cassette versus the 105 R7000 cassette. Both are 11 speed cassettes of the same generation, let's see what are the differences that justifies the different in price and weight.
Note that the cassettes are of different gear ratios, so it is not possible to compare it accurately. The Ultegra cassette has a 11-30T range, while the 105 cassette has a slightly smaller 11-28T range.
For a detailed comparison of the previous generation of Ultegra vs 105 cassettes, check out this link. It is much more detailed and most of the similarities and differences apply here as well. There are lots of other comparisons for other bike components, such as cranksets, brake calipers, etc. 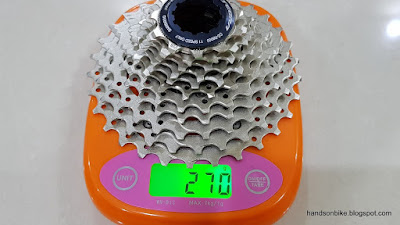 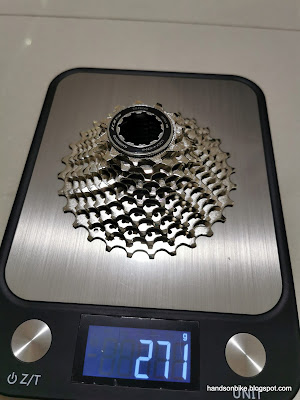 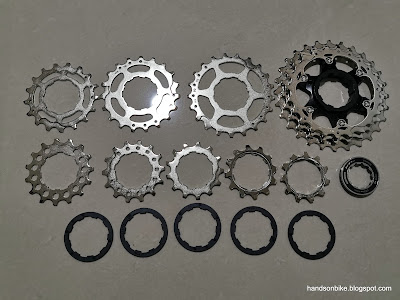 Exploded view of the 105 R7000 cassette. Only 1 aluminium spider is used for the last 3 gears, as compared to the Ultegra R8000 cassette which has 1 more carbon fibre spider. 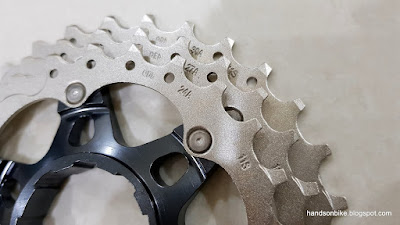 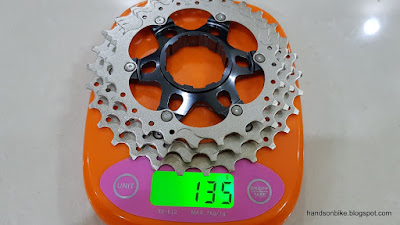 This sub-assembly of the R8000 cassette weighs 135 grams. 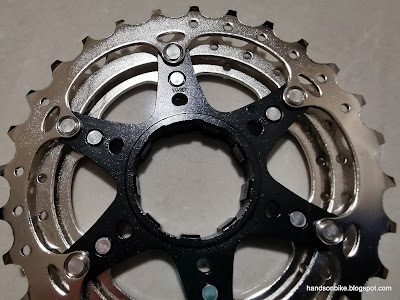 Largest 3 sprockets of the 105 R7000 cassette, 23-25-28T. The aluminium spider looks similar in construction, but has a less premium surface finishing. 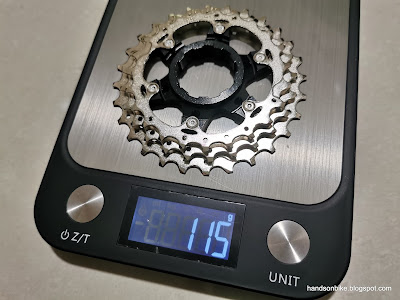 Due to the smaller sprocket sizes, this 105 cassette sub-assembly is lighter at 115 grams. I expect it to weigh the same as Ultegra if it were the same sprocket sizes. 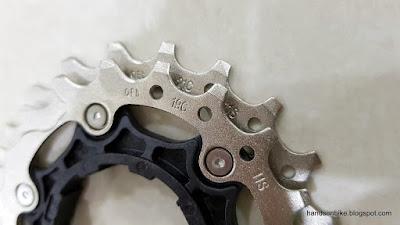 Ultegra R8000 cassette has an additional carbon fibre spider for the 19T and 21T sprockets, which helps to keep the weight low. This is probably the main bulk of the cost difference. 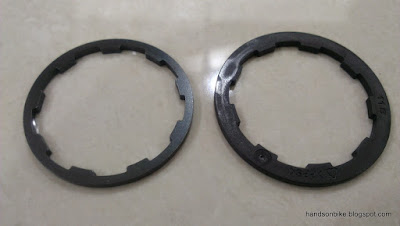 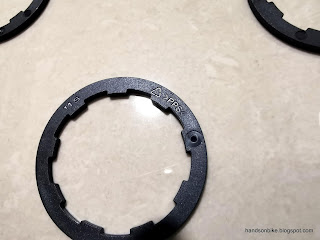 The resin spacer is still of high quality though, as it is made of PPS, and not PA-GF which is used for even cheaper cassettes.
PPS is a compression resistant resin material that is quite costly. It is able to withstand high compression forces without too much deformation. This is important to maintain consistent spacing between sprockets. If you drop the PPS spacer on the ground, it sounds like a metal part, instead of a resin part. Try it yourself if you have the chance! 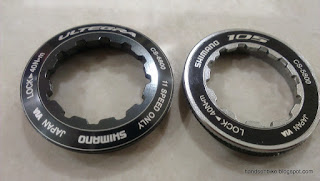 Ultegra has an aluminium lock ring with pad printing, while 105 uses a cheaper steel lock ring with a sticker on it. Picture shown is of the previous generation, but it applies to the new generation as well. 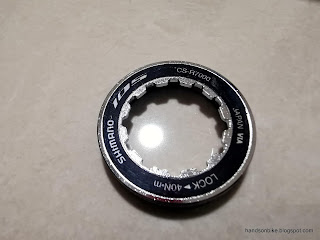 105 R7000 cassette has a steel lock ring. Probably the same as the 105 5800 lock ring, just with a different sticker.
The steel lock ring weighs 12 grams, while the aluminium one is only 4 grams. That accounts for another portion of the weight difference and cost difference.
Summary of weight and cost difference:
1) Aluminium vs steel lock ring
2) Aluminium vs resin spacers
3) Additional carbon fibre spider on Ultegra cassette to save weight
4) Better looking satin matte surface finishing on the Ultegra sprockets.
5) Better looking anodized surface finishing on the Ultegra aluminium spider.
Note that I did not mention the shifting performance or durability at all, as I expect them to be similar. In fact, some of the sprockets are probably from the same stamping tooling, just with a different sandblasting control and nickel plating finishing.
The step up from 105 to Ultegra is not so big, as the 105 cassette probably costs about SGD 70, and about SGD 110 for the Ultegra cassette. However, the next step up to Dura-Ace is very big, as it can easily cost SGD 300+ for the Dura-Ace cassette.