This is part 2 of the story, documenting the upgrading of the Boardwalk. Previously I described how the wheels, tires and brakes were changed from the stock Boardwalk parts. The next major upgrade to the Boardwalk was the changing of 7 to 8 speeds.

The original Dahon Neos Derailleur can also still be used. Since the indexing of the gears are all within the shifter, the rear derailleur actually does not care how many speeds there are, it just shifts as instructed to by the shifter. Besides, the Neos derailleur also shifts very well, with its crisp and quick shifting. 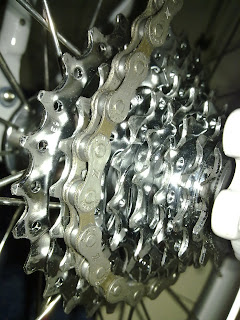 Sourced around for suitable 8 speed shifters, and realised that its really hard to find 8 speed stuff nowadays. Large stores like Rodalink only have 9 speeds and above stuff. Looked around the neighbourhood bike stores nearby and there were some Shimano shifter+brake lever combo. But don't really like it since I already have the excellent Avid brake levers. Seen below are the combo 7 and 8 speed shifter+brake lever. 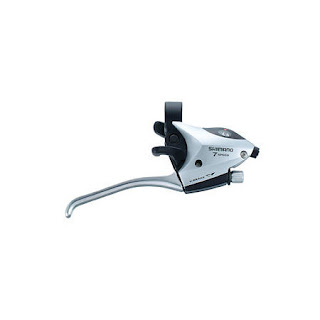 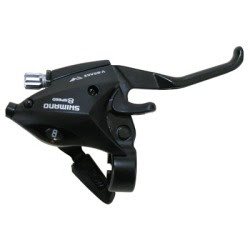 Once again, went online to find suitable 8 speed shifters. Discovered the SRAM Attack 8 speed trigger shifters that are compatible with the Neos RD, but shipping was expensive. Found that actually Treknology has those shifters, and MBS can help me get those. Had to wait, while the stock for those shifters arrived.

Finally everything was ready. SRAM Attack 8 speed trigger shifters and 8 speed cassette. Brought everything down to MBS in order to change the parts, because at that time I didn't have the correct tools. Actually I also changed to the Kinetix Comp at the same time, while I changed the cassette and shifters. 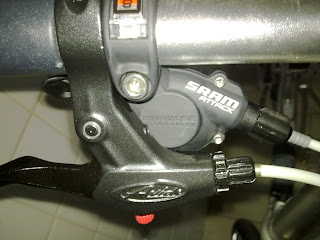 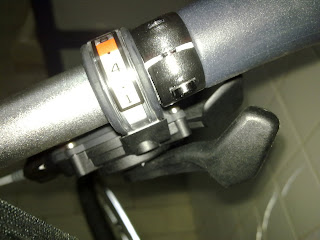 Since the shifter has been changed from grip shift to trigger shift, I can no longer use the original grips which is shorter on the right side. Went to Soon Watt to get Ergon grips with bar ends, model is GX-2 with magnesium bar end. 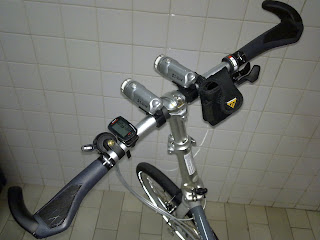 At this point, the Boardwalk has been extensively modified, with the wheels, tires, brakes and shifters being changed. Certainly a good 8 speed bike that performs well with good components all around. 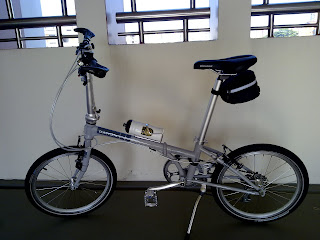 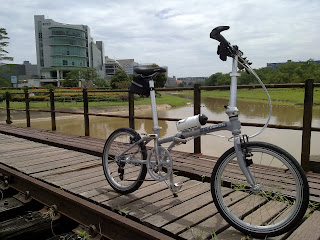 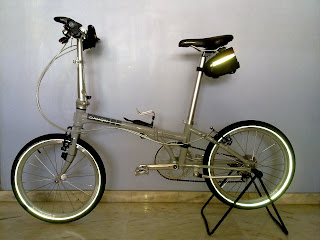 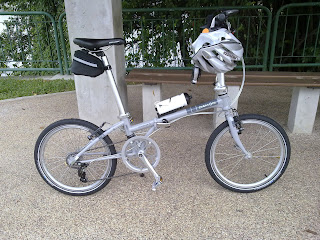 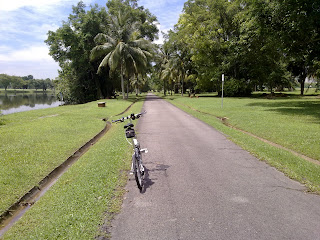 From the pictures I remembered that I had also bought a 2nd hand Biologic Postpump for my bike. A very good pump on its own, best of all is that it hides inside the seatpost and does not need to be clipped anywhere on the bike. It is nearly as good as a full sized floor pump, and much better than a hand pump. Will come in really useful if needed on the road. However I later changed it out as I realised that I did not really need it and it was heavy anyway. On hindsight, I should have kept it instead of selling it away as it would be really useful for overseas cycling trips such as to Pengerang or Desaru.

In the next part, I will be documenting other upgrades on the bike, such as the seatpost and crankset. Stay tuned!
at February 01, 2011