Journey of the Boardwalk: Part 9 (Upgrades from Taiwan)

More upgrades to the Boardwalk! Upgrades are never ending, especially if you already have an upgraded bike!

Went to Taiwan recently, thus I had the chance to buy some special components that cannot be found in Singapore, and possibly outside Taiwan!

As always, I like to keep to my colour scheme of gold and black, thus I already had in mind what I wanted to get before I went to Taipei. Also prepared a list of bike shops to visit, as can be seen from the previous blog post.

Initially wanted to get an aluminium Vitesse frame, but they did not have the type of frame I wanted (with luggage mount at front). Thus I decided to keep my trusty Boardwalk frame and upgrade other components instead!

Bought an Aerozine Road BB in gold colour, with ceramic bearings! Just spinning the sealed bearings by fingers, it feels a lot smoother than the original BB. Goes really well with the black 105 cranks. However, when actually riding the bike, the difference is quite negligible. The drag from the BB is quite small compared to other forms of drag, such as aerodynamic drag. 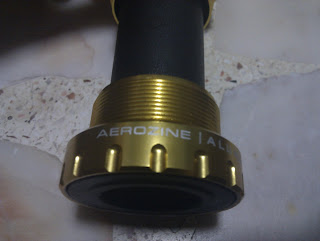 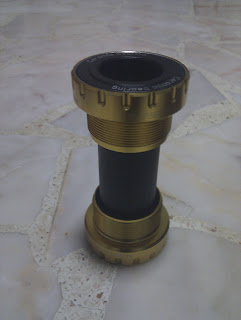 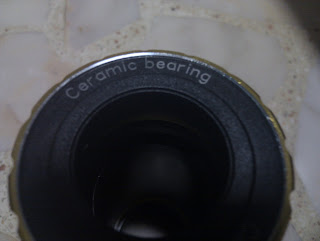 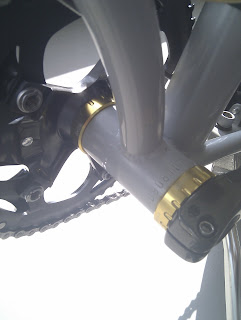 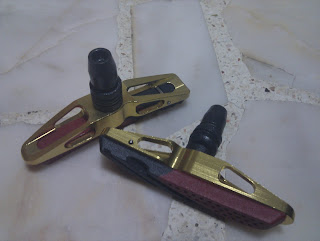 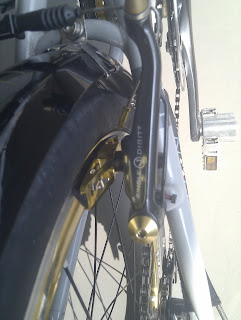 Also got a gold headset for my Dahon bike, but only when I tried assembling then I realised that the bearing races are press fitted into the frame and onto the fork. Thus I could only change the spacer/cap that is at the top of the headset. 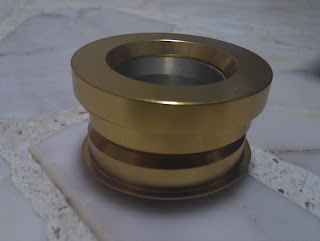 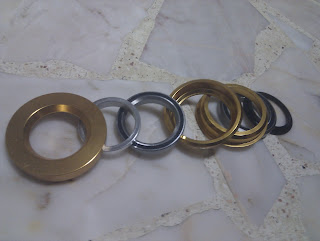 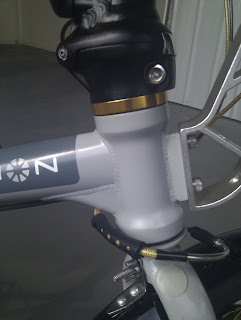 More bling to come! Even the small details will not be overlooked, check out the gold brake cable housing! 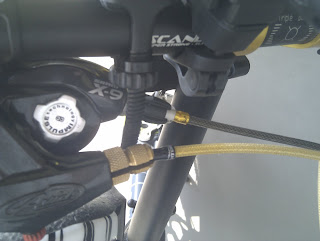 The biggest change of all is the wheelset! Check out the gold rims with some slight profile, brings out the gold look of the bike! The spoke pattern is quite special too. 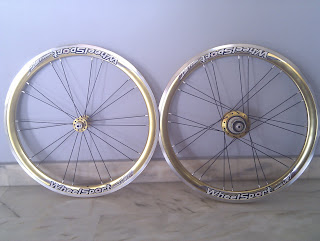 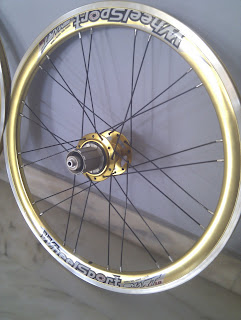 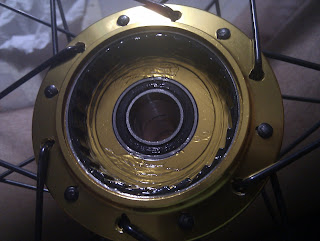 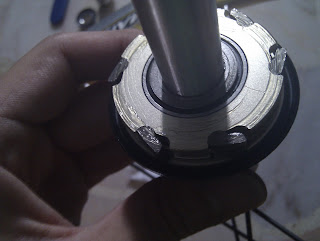 Opened up the freehub mechanism and found that there was actually quite little grease in there. Decided to add in more grease to make the freehub smoother, but the additional grease will cause the noise level to drop. Note that the freehub grease is not your normal grease, it is actually a mixture of oil and grease, giving a grease that is very light.

Before changing the components, I found it easier to just strip the whole bike, clean everything and then assemble with the new components. Enjoy the pictures! 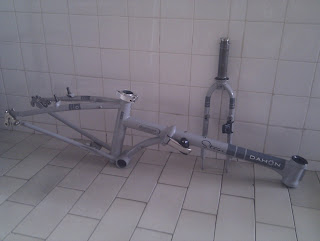 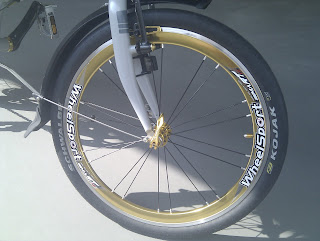 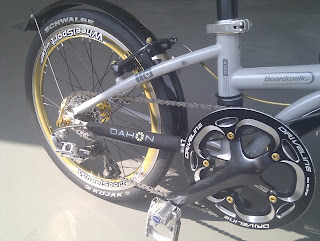 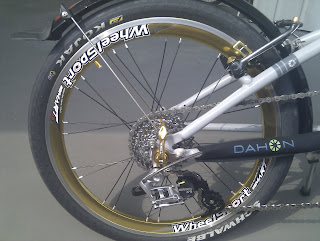 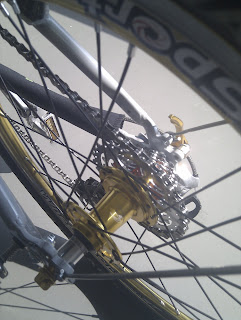 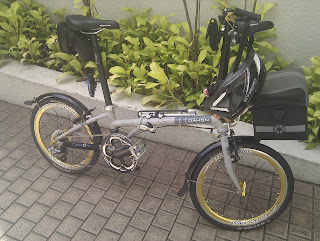 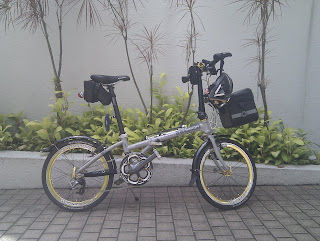 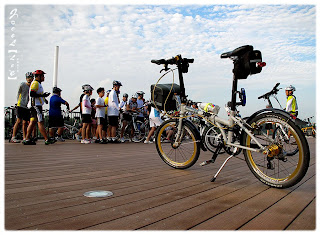