Running out of places to install a light on your bike? If you have a drop bar installed, you can add bar end lights to make your bike even more visible at night!

This time, I got the proper bar end lights for drop bars. 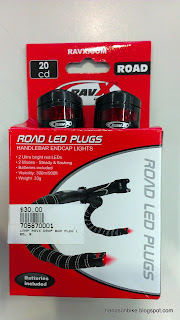 Simple packaging, at a not so cheap price. 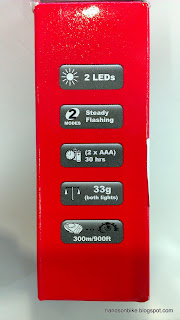 Only 33 grams for a pair! Can add on to your road bike without increasing the weight much. 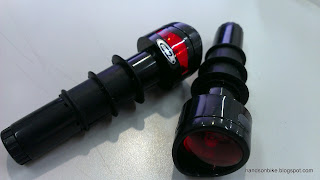 Light beam mainly shines out from the window on top, although it is still visible from the side window. 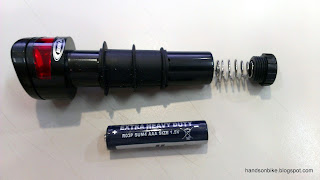 Uses 1xAAA battery each. I prefer it over the use of small button cells.

This light may seem very similar to the one I previously used, but the main difference here is the light beam. This new bar end lights is meant for the ends of drop bars, thus the light beam mainly shines from the ends, and is directed towards the rear. This makes it very visible from the back.

Simple addition to the bike, quite useful in making the bike look wider, and hopefully vehicles will give you a wider berth when overtaking.

Some pictures to show the lights in action: 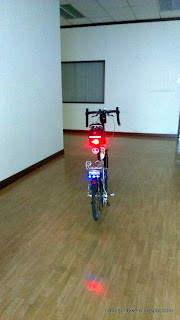 Rear view of the bike, without bar end lights. 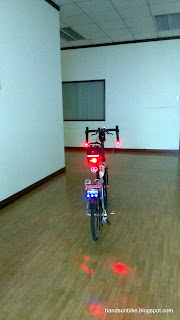 With bar end lights turned on. Slightly more visible, but not by much, unless it is dark. 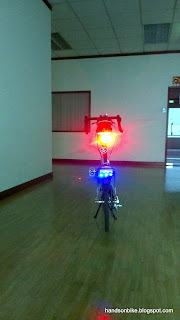 Another view from the rear, without the bar end lights. 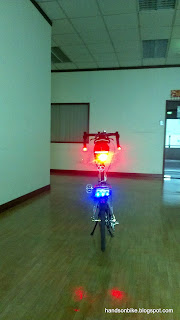 With the bar end lights turned on. They are not very visible, perhaps because my main rear light is so bright!


Meanwhile, the previous bar end lights are not wasted. They have been installed on the Carry Me instead!
at August 20, 2012