Our route for Day 5 will take us from 瑞穗 to 花莲, along the scenic Route 193. Once again, the weather in the morning was great, with cloudy skies and the occasional sun. Today's route will be even longer than the previous 2 days of 50 km and 60 km respectively, and it will test our endurance after a few continuous days of cycling. 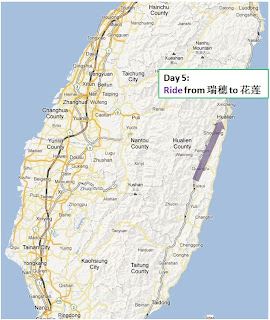 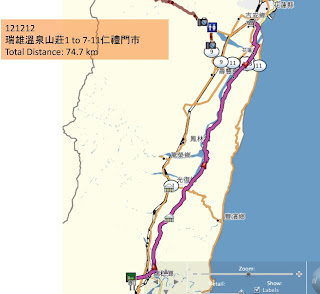 The ride started off really easy, as it was a long, straight and gentle downslope all the way from our hotel. In fact, it got so cold descending in the chilly morning air that I stopped to put on my windbreaker. 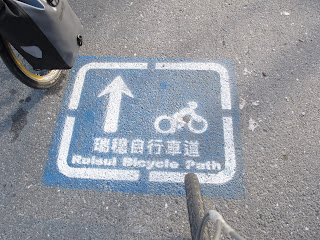 Once out of the town, we were greeted by beautiful scenery all around us. Route 193 is nestled in between the central mountains and the east coast mountains of Taiwan. This means that there are gorgeous mountain views all along the route, on both the left and right side. 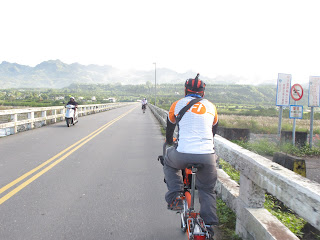 Cycling across the many bridges along the route 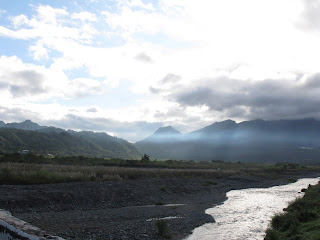 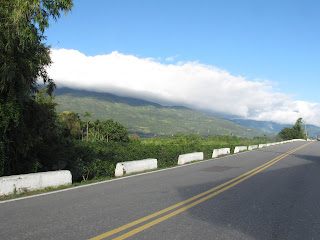 Breathtaking views along the way 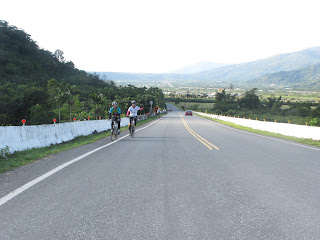 Climbing up one of the many bridges along the way 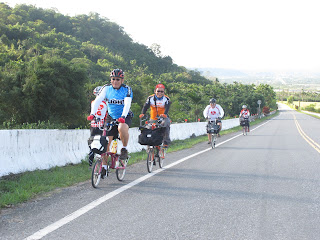 The Bromptons doing a fine job! 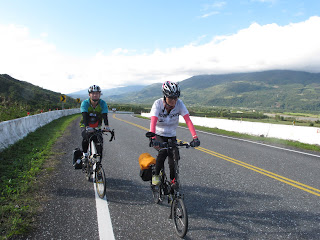 Up yet another slope 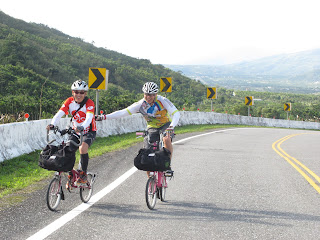 Taiwoon getting a boost from Encik George 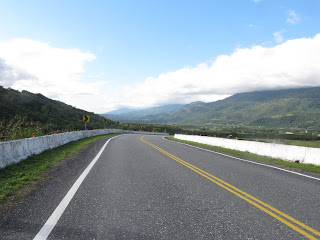 Superb view of the mountains and the valleys 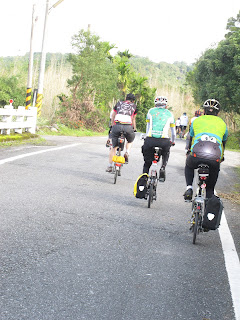 Cycling along the narrower parts of the road 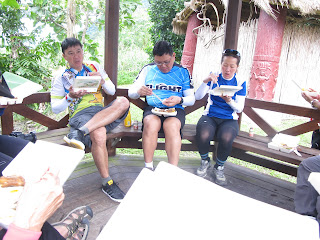 Before lunch, I was already feeling quite drained from the cycling. The nose was also leaking non-stop due to the cold wind blowing at us throughout the day. By the time I reached 米栈, I was even feeling a bit dizzy. Seems that I had not recovered fully from the flu. Thus I made the decision to stop riding and put the bike onto the lorry.

At that point we had cycled about 50 km from the start, and there was about 23 km to go to the end point in Central Hualien. I boarded the support van and helped to take some photos of the riders along the way. 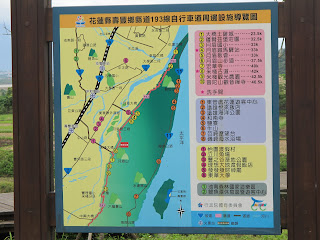 One of the maps seen along the way, showing the route from 米栈 to Central Hualien

Some action shots of some of the riders! Couldn't get a shot of Encik George as he usually zoomed passed too fast... 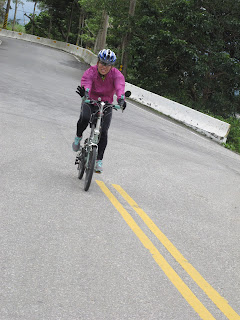 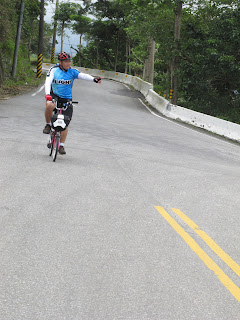 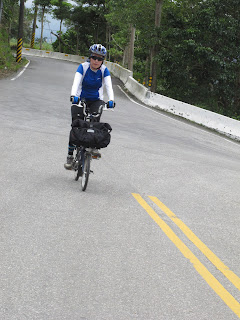 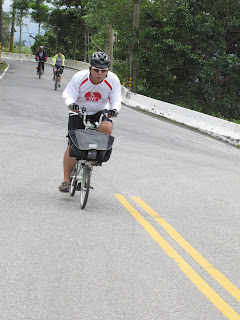 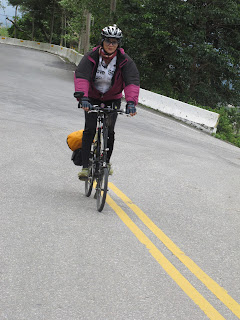 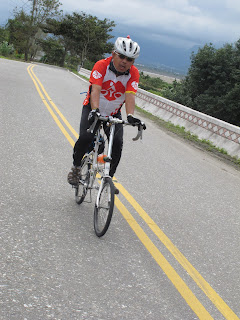 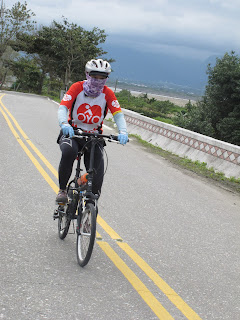 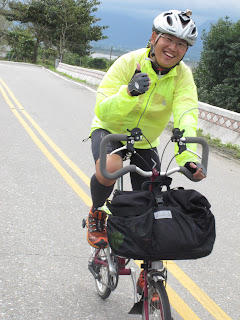 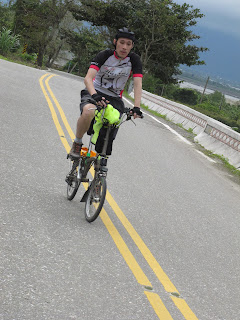 Although I did not manage to complete the full route, I was glad I had the opportunity to ride most of the distance. There are very few shots of the actual route, as it was quite hilly and we were going up and downhill practically non-stop. The slopes were steep enough that it cannot be considered rolling hills, thus momentum cannot be used to roll down the slope and up the opposite side.

On the upslopes, it was just a case of putting the bike into the lowest gear and slowly spinning up the slopes, and then taking a brief rest during the downslopes. Fun but tiring!