After removing my front fender to cater for the new front caliper brakes, I kind of miss having the front fender around. Although it is not as important as the rear fender, it is still good to have. I rode on wet roads without the front fender, and the entire bottom of the bike frame and the BB area ended up being dirty.

Perhaps I could still have part of the front fender, alongside the new front caliper brakes? It is actually quite a simple idea, and it only requires some basic hands-on skills. Here is how I did it. 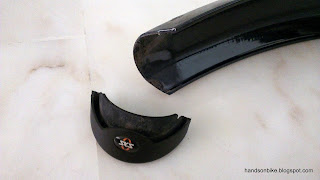 I first removed the front plastic cap on the front fender. It came out with surprising ease, seems that it was just a snap fit with hardly any glue. 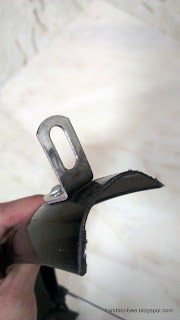 Sawed off the front part of the fender! I discovered that there is a thin layer of metal molded within the polycarbonate shell. So this is why the fender is so light yet strong. 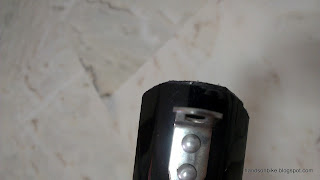 Shape the remaining front end to have a curved shape, similar to the front fender cap. 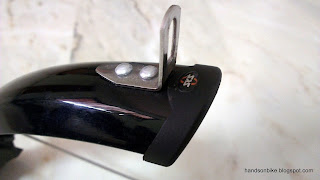 Apply some super glue and fit on the fender front cap! Looks as good as new with no trace of modification. Now I have a mini front fender! 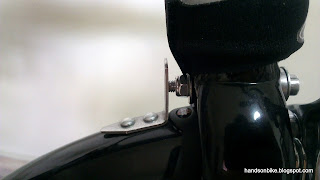 Oops the mounting bolt is too short to secure the fender. Instead of using a longer bolt, I removed the extra spacer/nut near the bolt head. 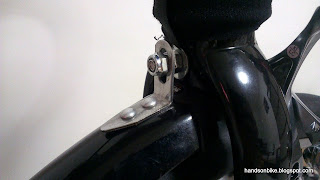 Now the mounting bolt is long enough for me to fix on the fender. Secured with a nylon locknut! 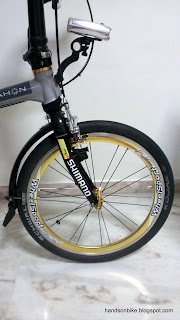 Mini front fender modification done! I now have the front fender back on the Boardwalk, to protect me and the bike against road spray. This mini fender can co-exist with the new Elosix front brake adaptor.

A simple modification to the front fender allowed it to be mounted on the Boardwalk again! The only tools required are a simple hand saw to cut the fender, a file to smoothen the rough edges, and some super glue to fix back the fender cap.
at September 09, 2013