This is the fourth and last part of this upgrading guide! As mentioned in Part 1 of this guide, the aim of this project is to build an Affordable, High Performance, Lightweight folding bike.

The target has been achieved and with a considerable margin too. Overall I would say that this project is quite successful as it has been proven that it is possible to custom assemble a bike that is better, cheaper and lighter than a stock bike.

Before reading this fourth part of the guide, I would suggest reading the first 3 parts to get the whole story.

As stated in the previous part of the guide, there are some changes which I would like to make to improve the ride quality and/or appearance of the bike. But before that, I will highlight some of the challenges that I faced when building this bike from scratch.

When the frame was delivered, the RD hanger was not installed, so it is not due to damage during transportation. From what I see, the problem is that the surface on the rear dropout area is not flat, which causes the RD hanger to tilt to one side when the hanger fixing bolt is tightened.

To remedy this, I had to bend the aluminium dropout to make the RD pulleys parallel to the cassette. This is quite tricky as over-bending the dropout will crack or break it. 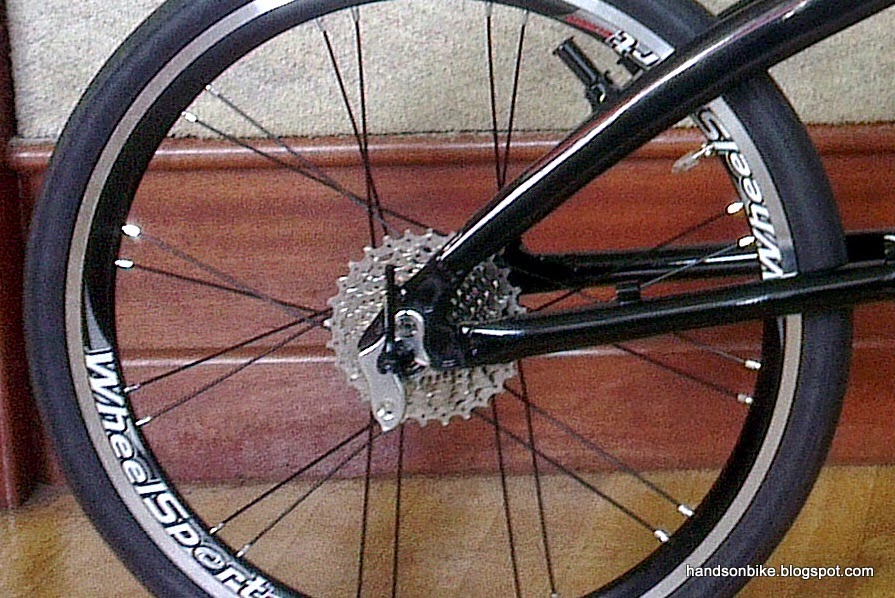 RD hanger was not aligned parallel to the frame and cassette 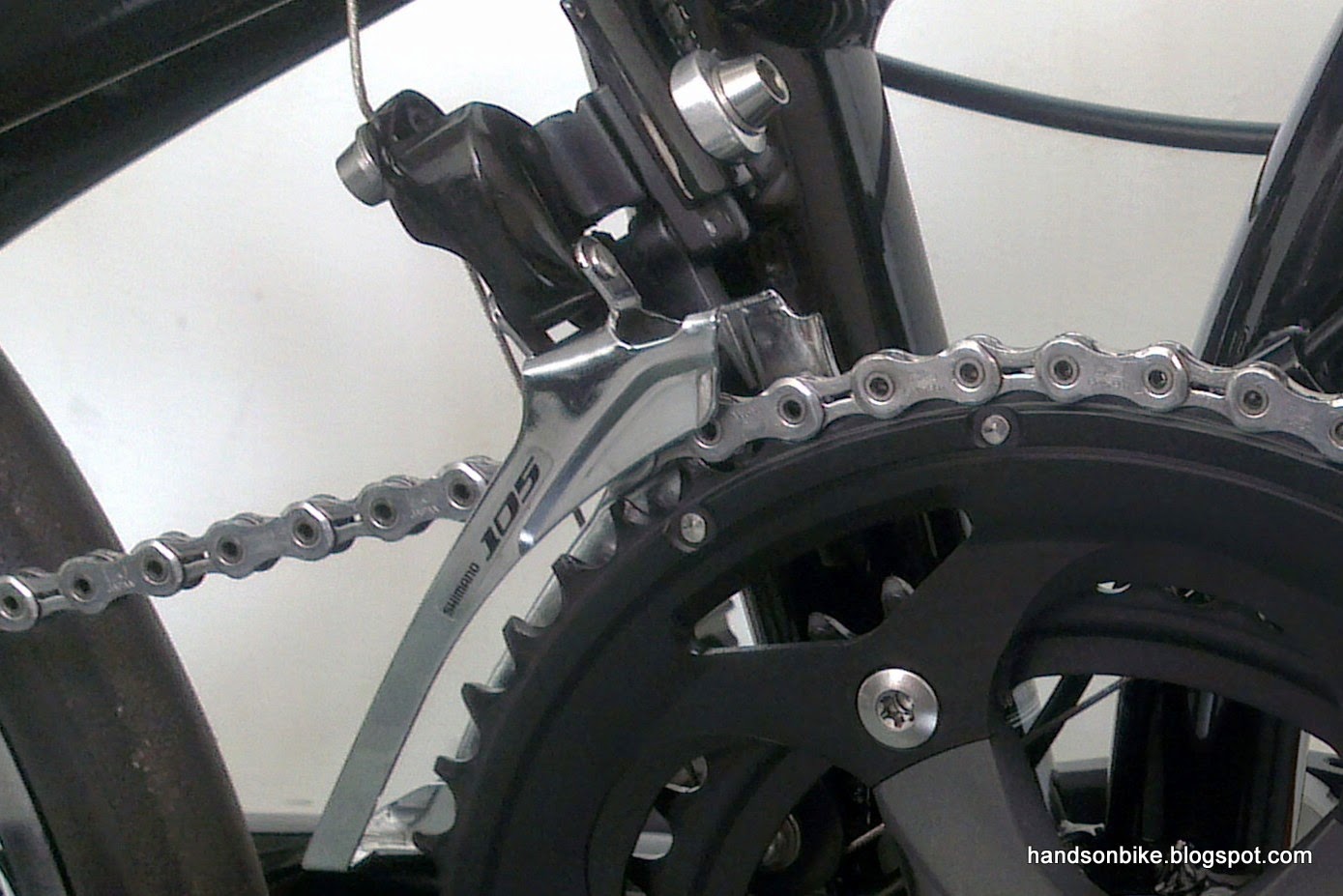 3) Chain rubbing FD chainguide in rear lowest 3 gears
Despite adding a spacer under the right side BB to push out the crankset and the chainline, the chain will still rub on the inner wall of the chainguide when the chain is in the front-low and rear gear 1,2,3 positions. I believe this is due to the FD hanger which is welded on slightly too far out from the seat tube. Even when the low limit screw on the FD is fully loosened, the FD does not go in far enough to prevent chain touching.

Although there is some noise, there is no serious issue as the touching is quite gentle and not very rough.

Additional Changes
Now, for the additional changes that I made to the bike. Some of the changes added weight, but that is not important now as the project target has already been achieved. 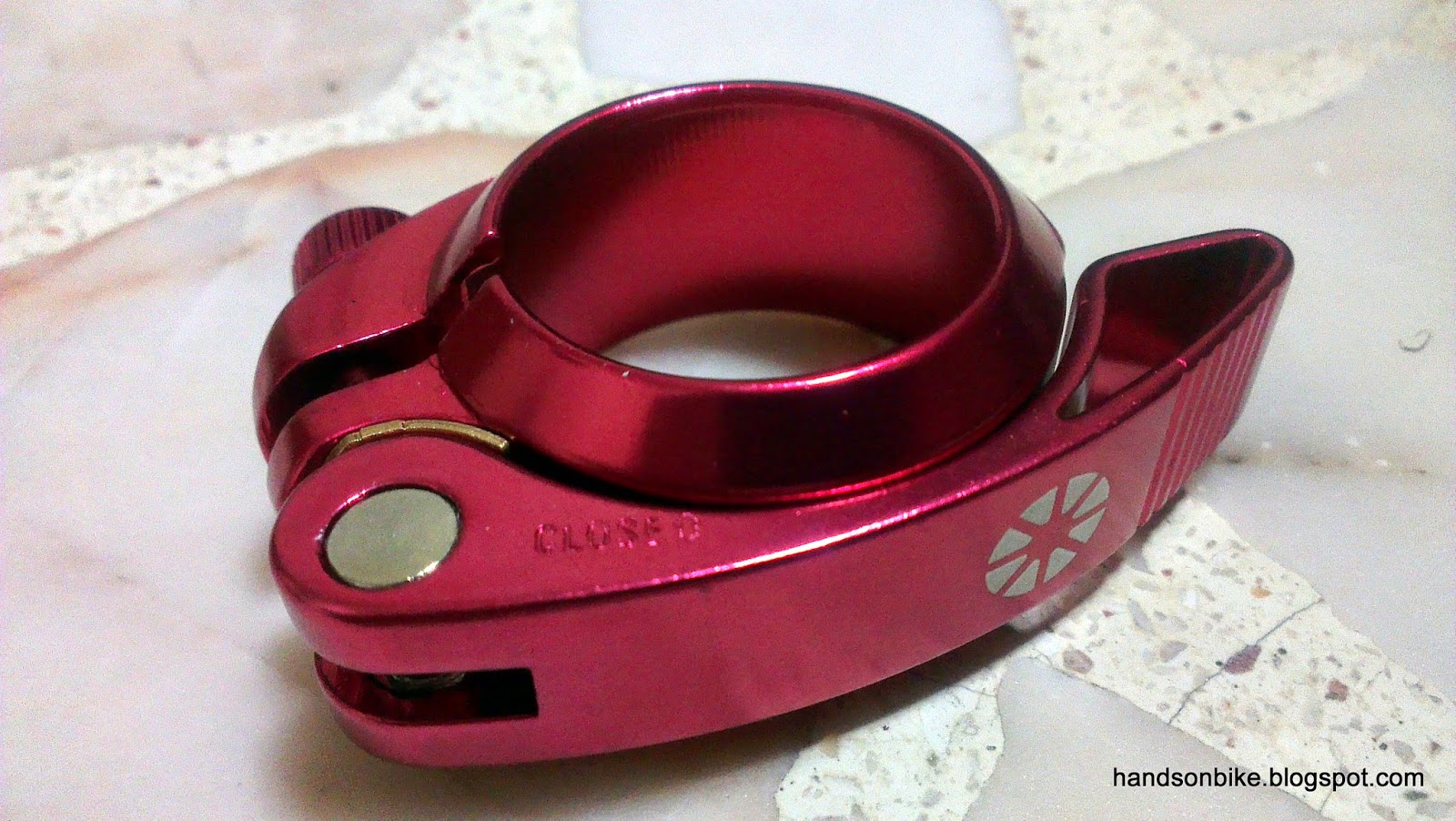 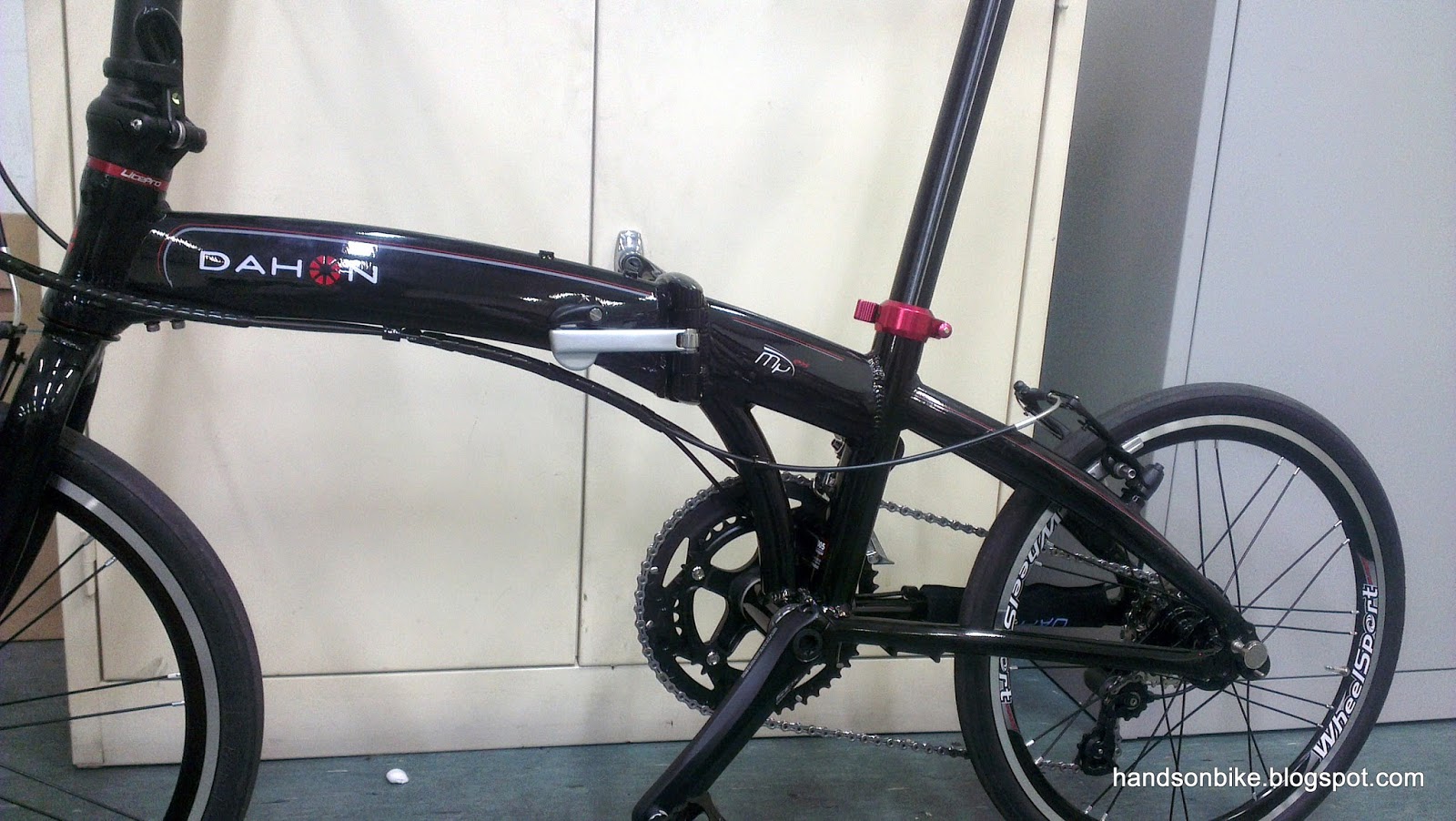 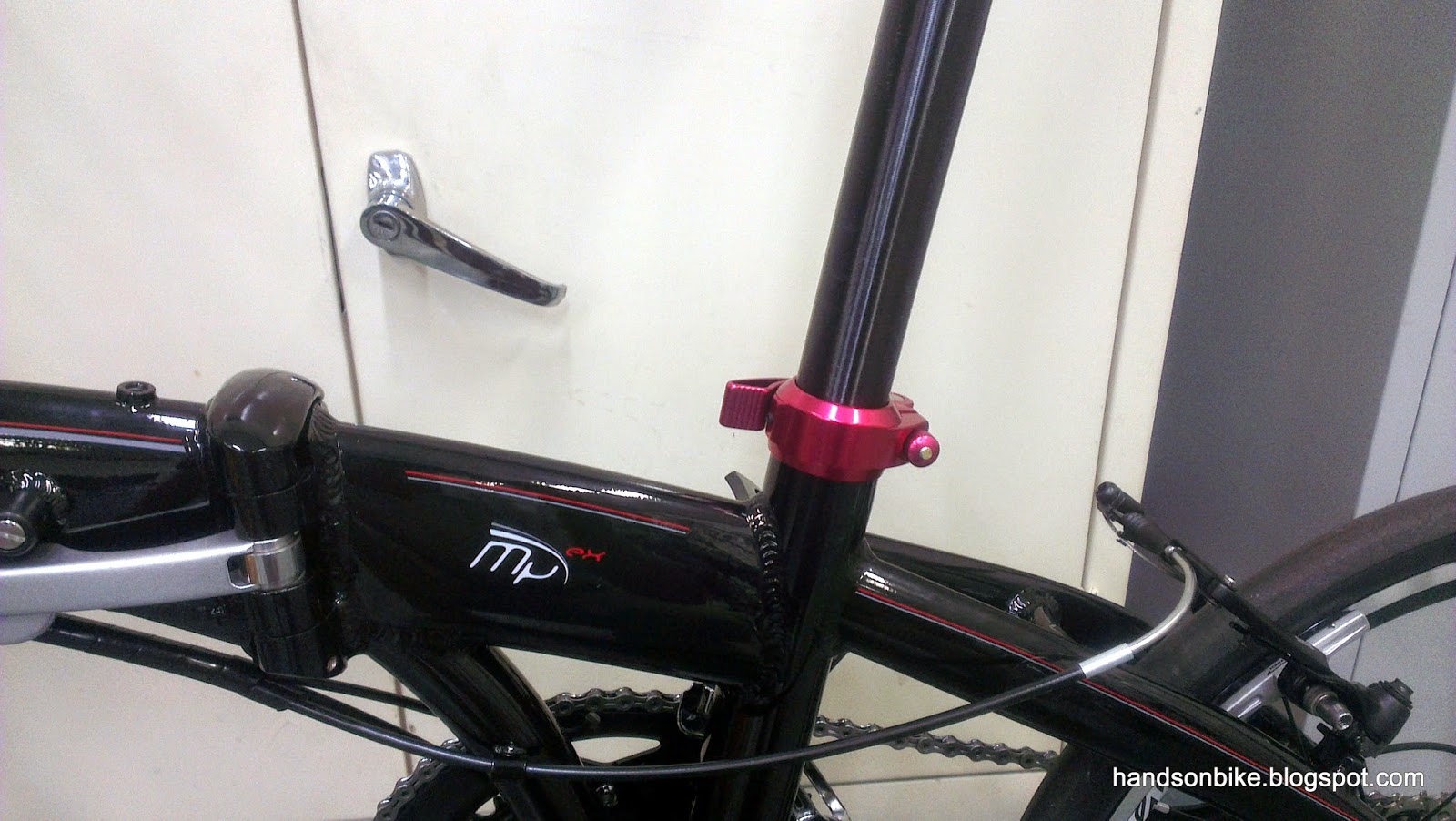 I didn't really like the red seatpost clamp, as it does not fit in with the seatpost and frame. Also, the red colour is a different shade from that of the LitePro headset. Therefore I decided to change the clamp back to the original black coloured clamp.

The next change that I did was to change out the tires. The previous Panaracer Minits Lite are light and fast rolling, but I don't feel comfortable using them. When riding, there is a "floating" feeling which I don't like. Perhaps this is how it feels riding on really slim tires? I decided to change to the familiar Schwalbe Kojak tires which I have been using on my Dahon Boardwalk for a long time. 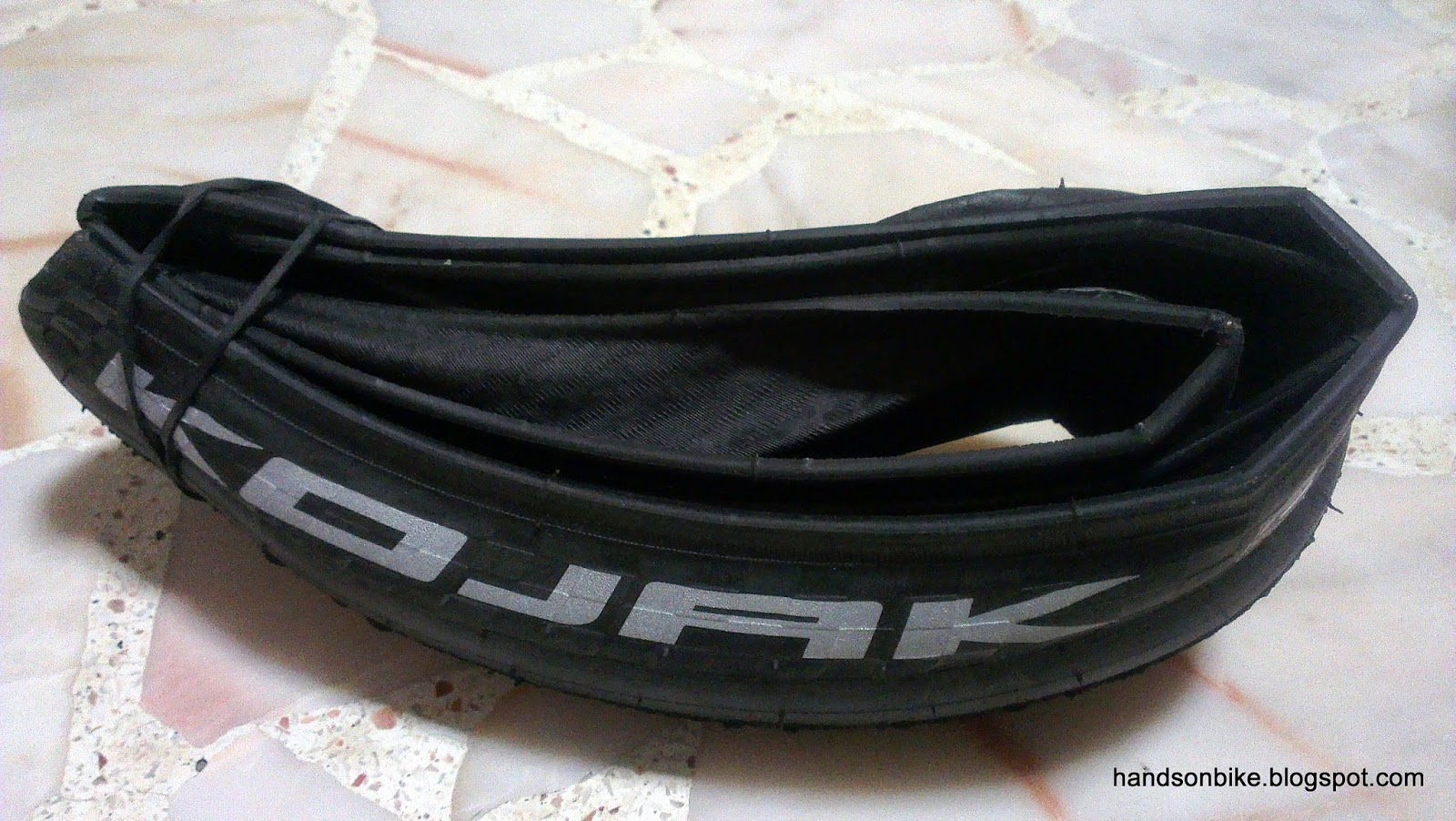 After changing the tires to Kojaks, the ride feels more comfortable and familiar. There is less of the "floating" feel when riding the bike. Maybe I am not used to riding such a lightweight bike!

Another bling item which I tried out was this red reflector strips that clip onto the spokes on the wheels. Once again, I tried red colour to see if the colour matches the accent on the bike. 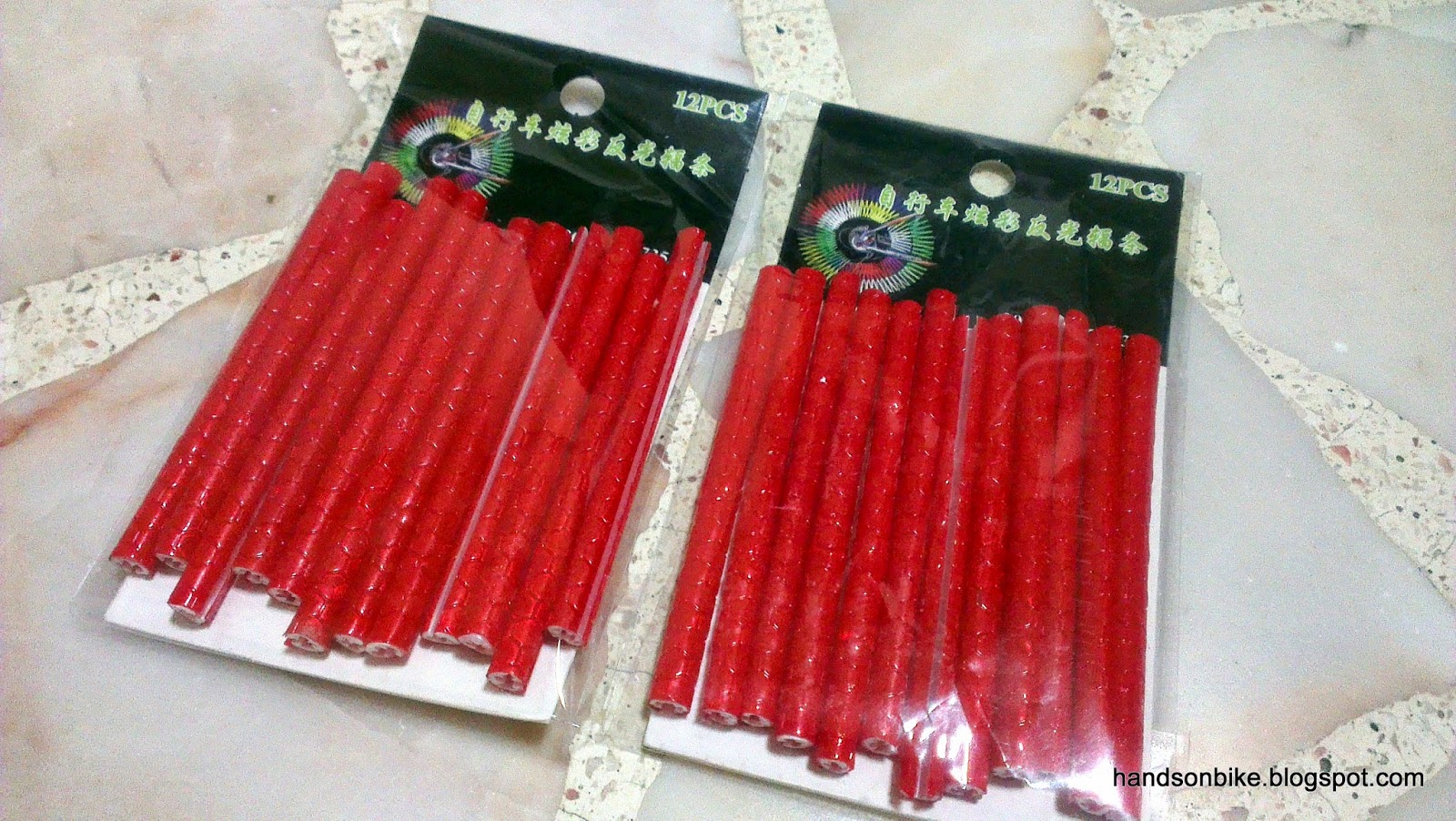 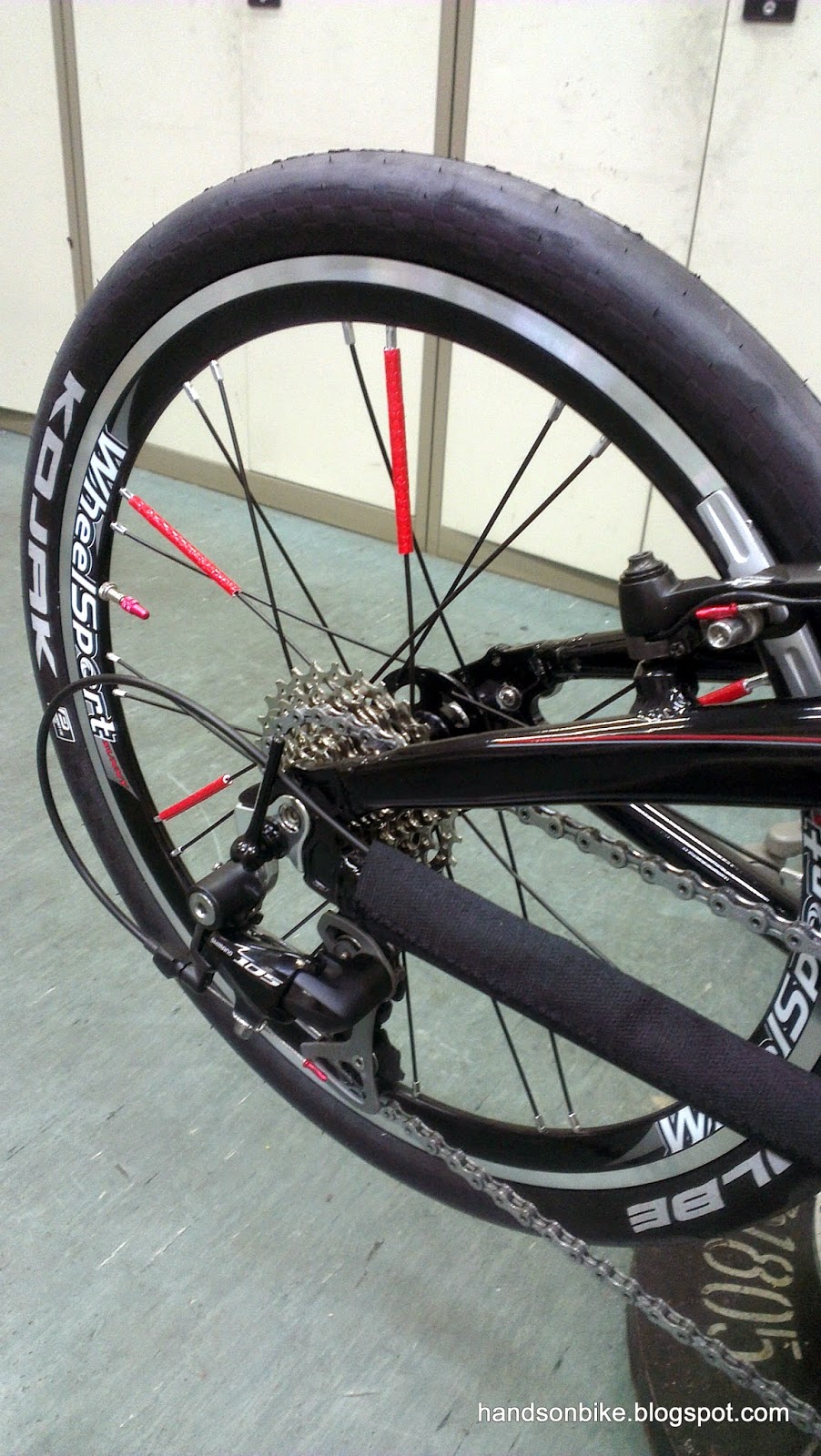 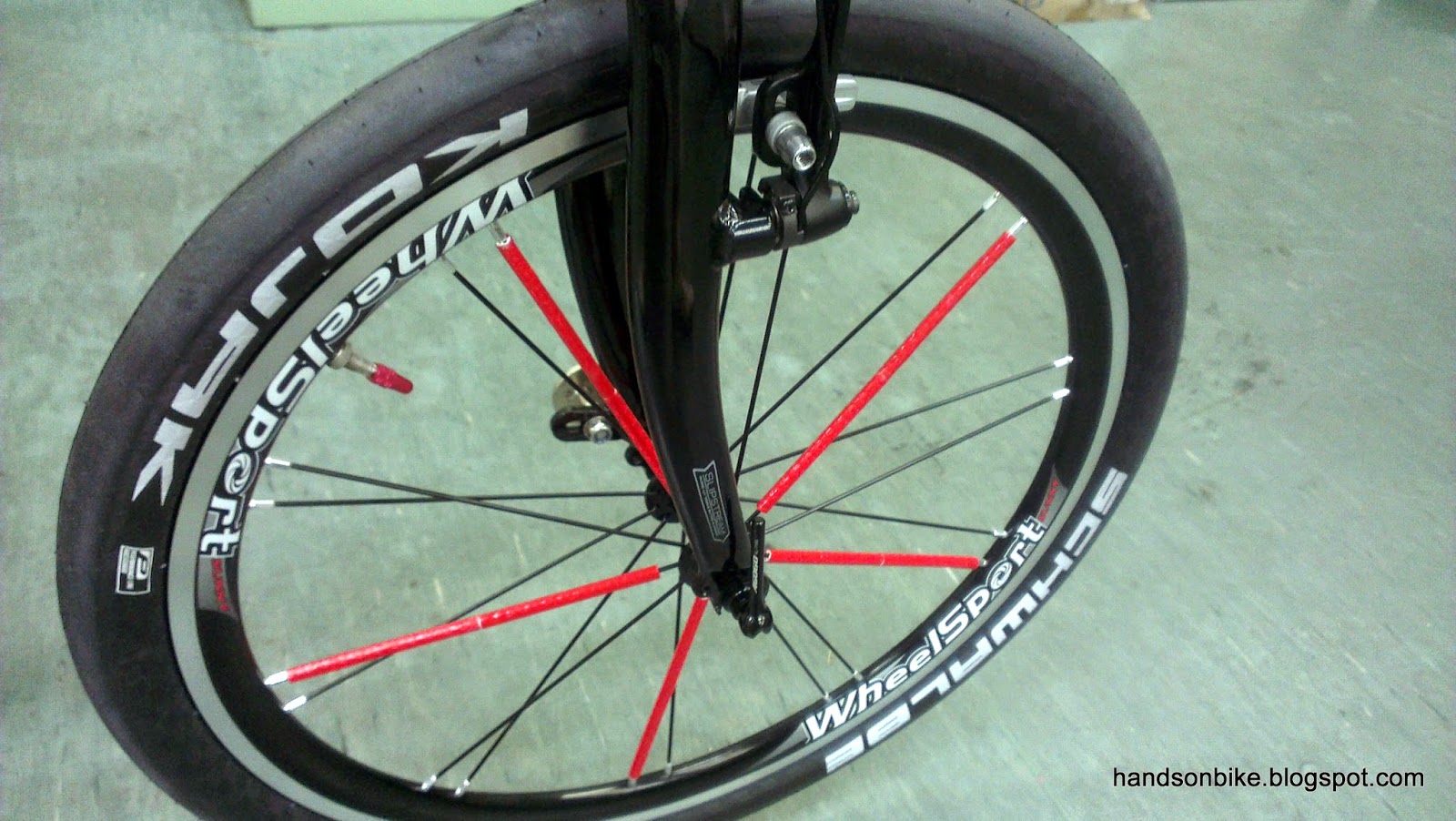 Again, the red coloured spoke clips didn't match with the bike image. The red is too bright and glaring, which I didn't like. Therefore I removed all the reflective spoke clips.

The next item which I put on were some red valve caps. Nothing special here, just a little dash of red to complement the bike. 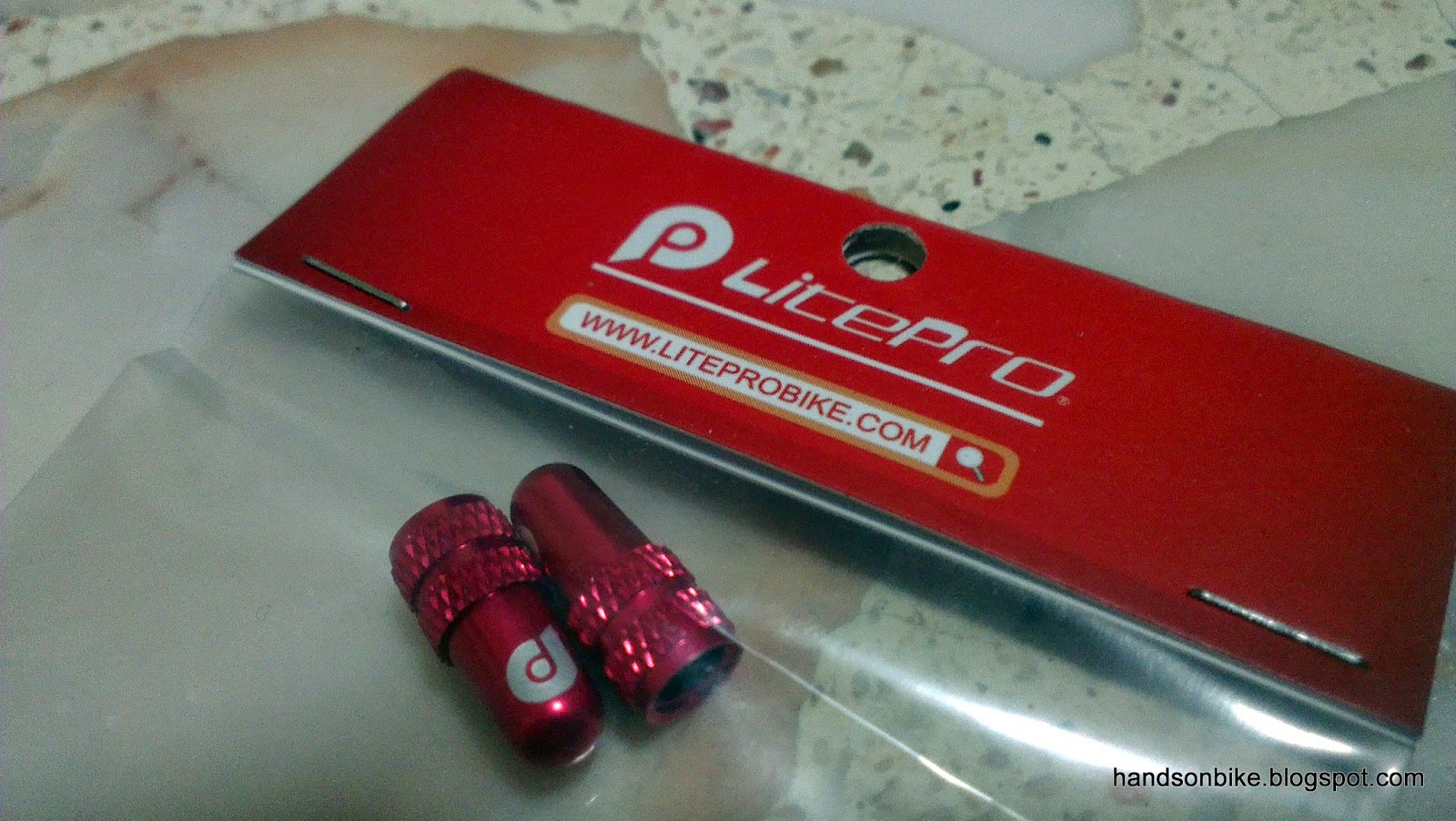 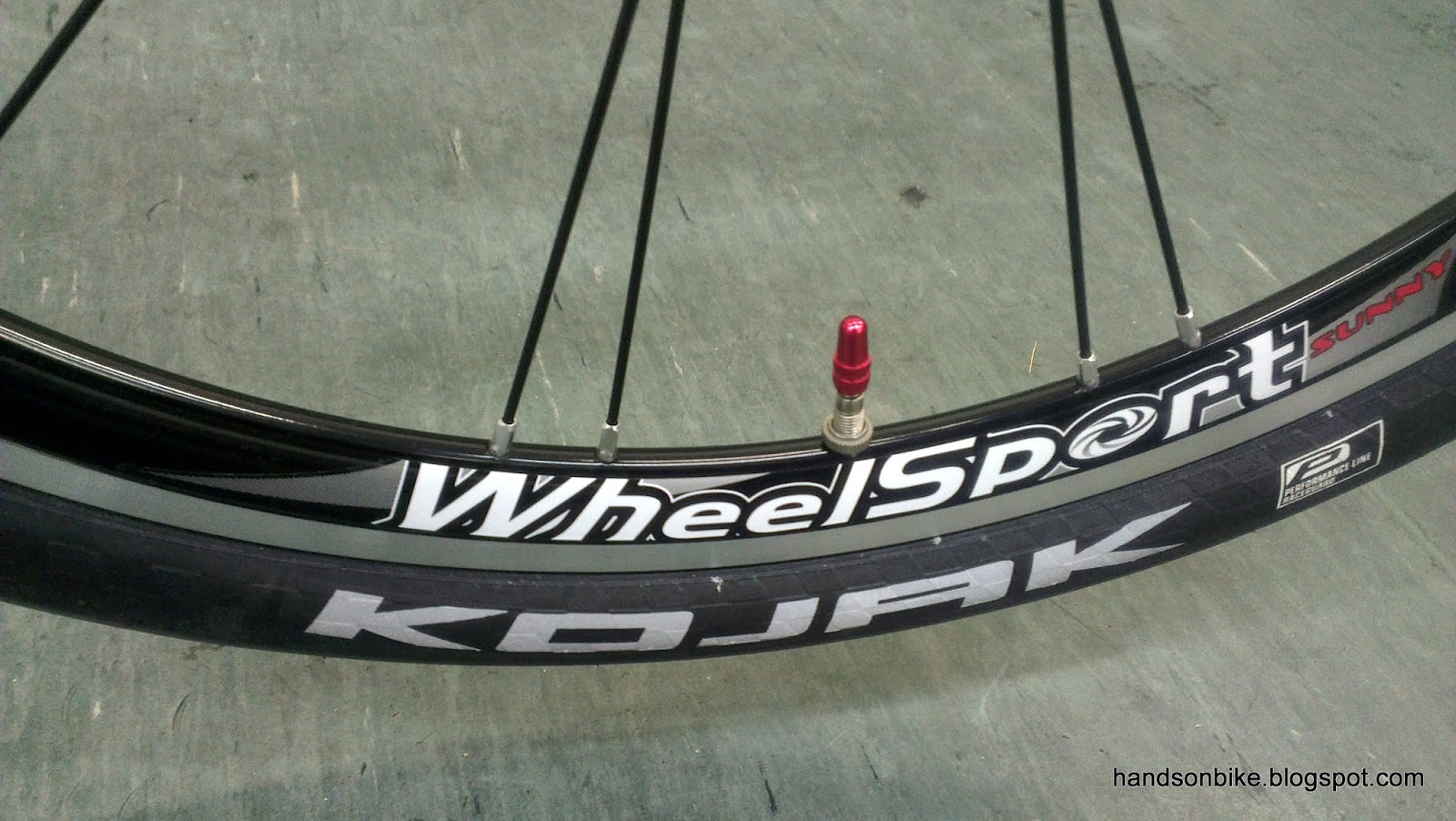 These valve caps will remain on the bike as it can fit in with the overall image. Besides red valve caps, I also got some red inner caps for the ends of the brake and shifter cables. These inner caps look quite nice, without being overwhelming. 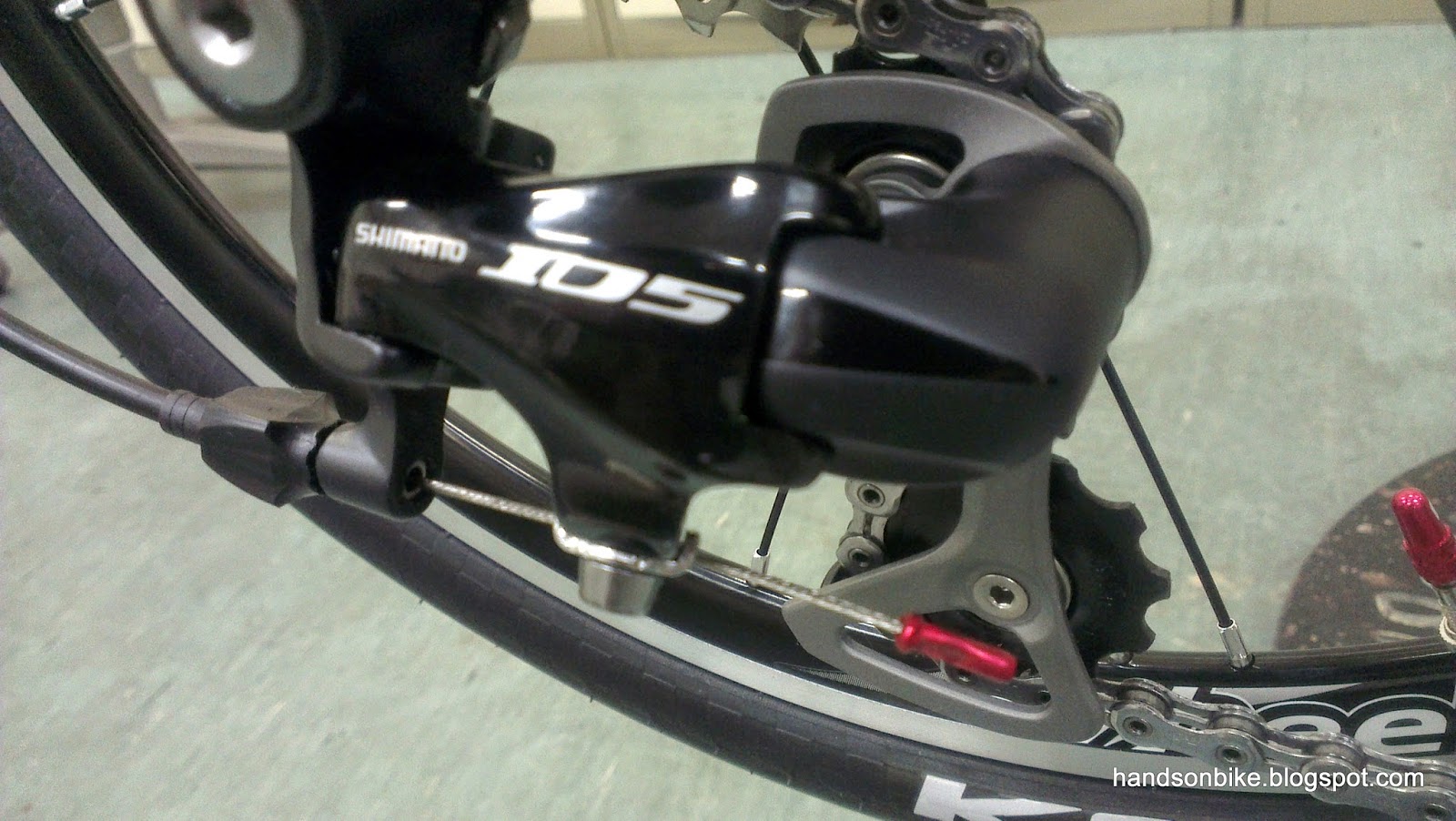 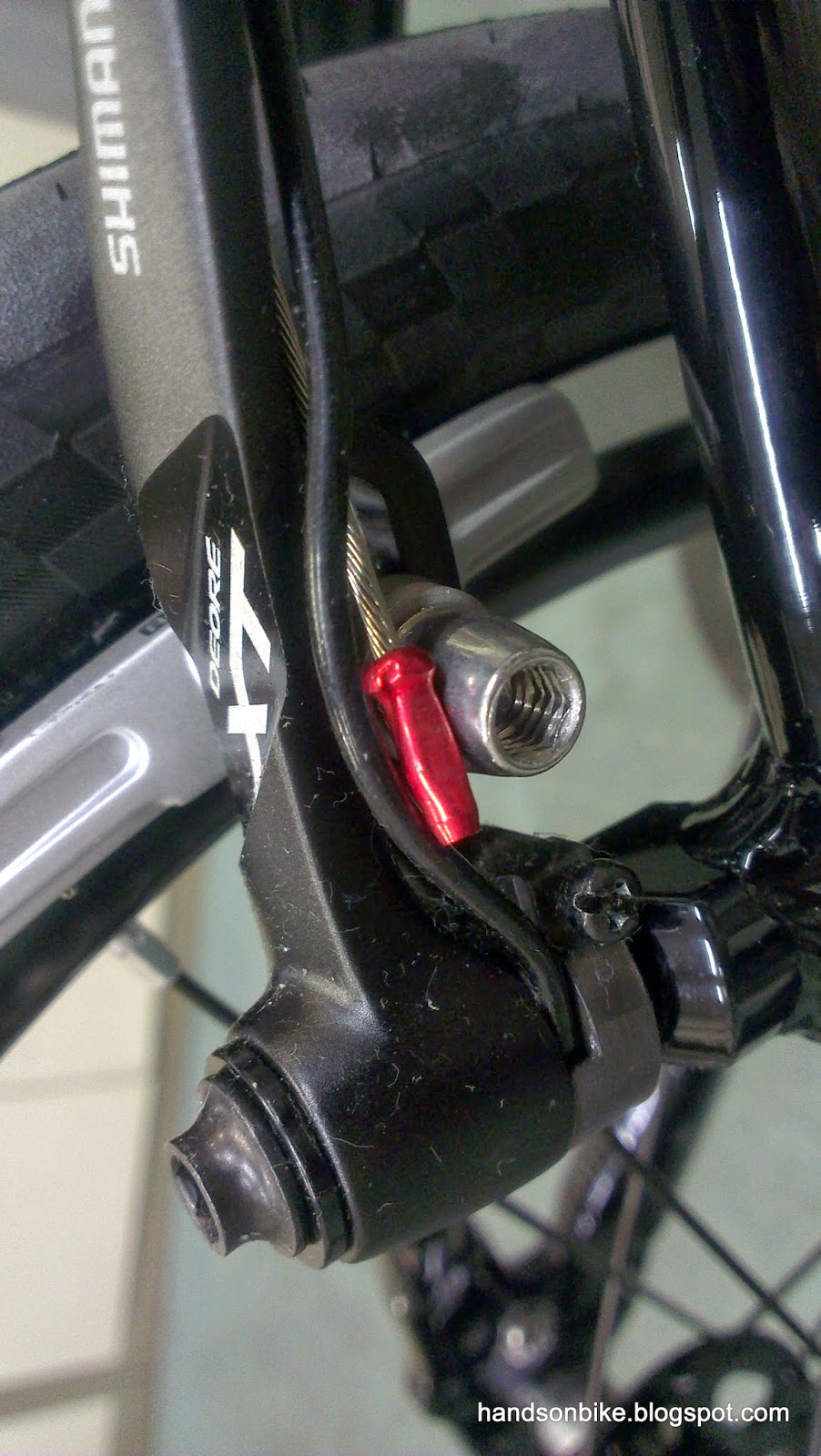 Red inner cap on the end of the brake cable

The last addition to the bike would be some 3M protective stickers. This is really important and useful to prevent scratches to your bike frame. They work really well, as they stick on really securely and don't peel off easily. 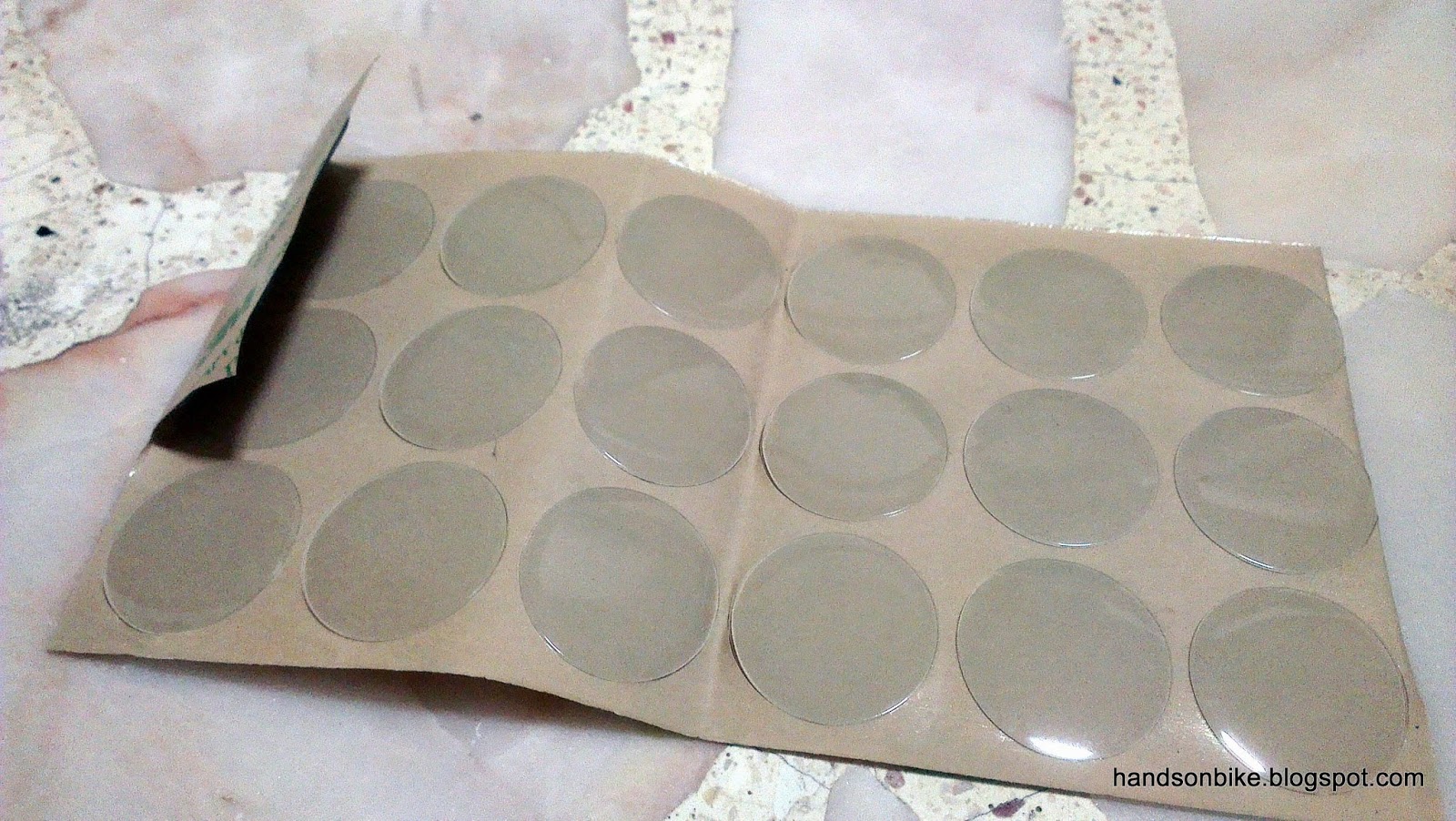 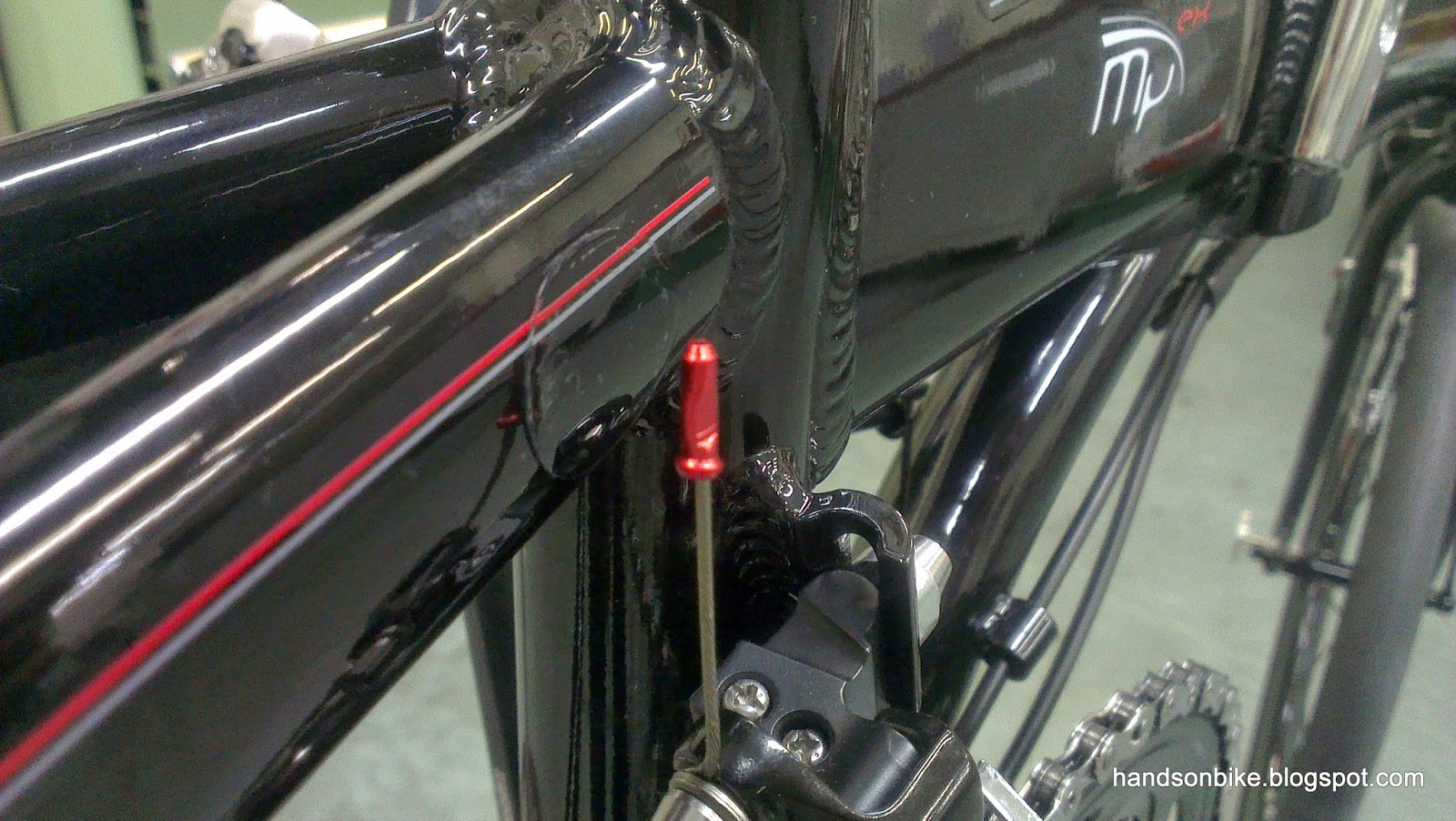 Stick one on the frame here, so that the inner cap of the FD shifter cable does not scratch the frame during shifting. 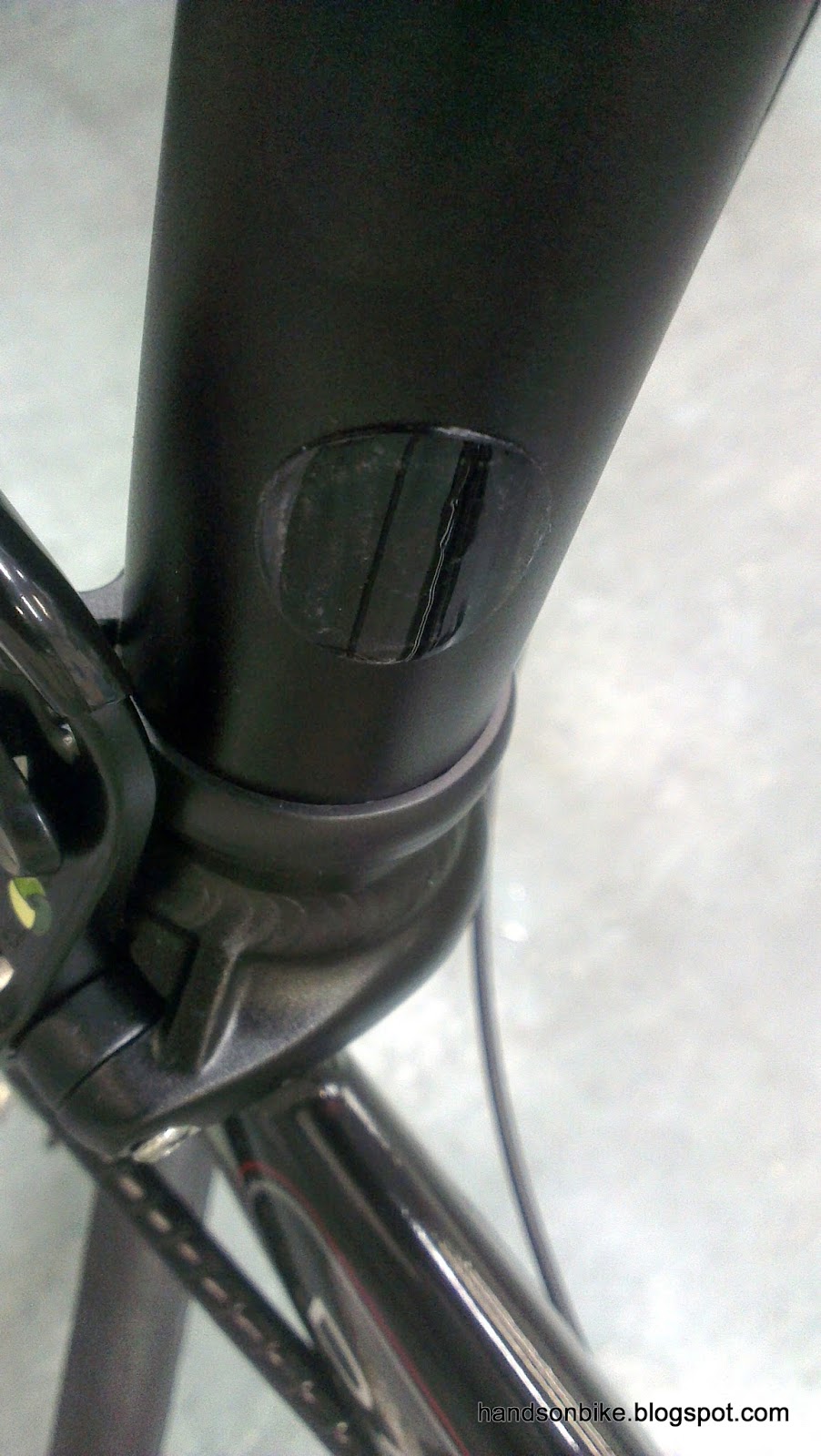 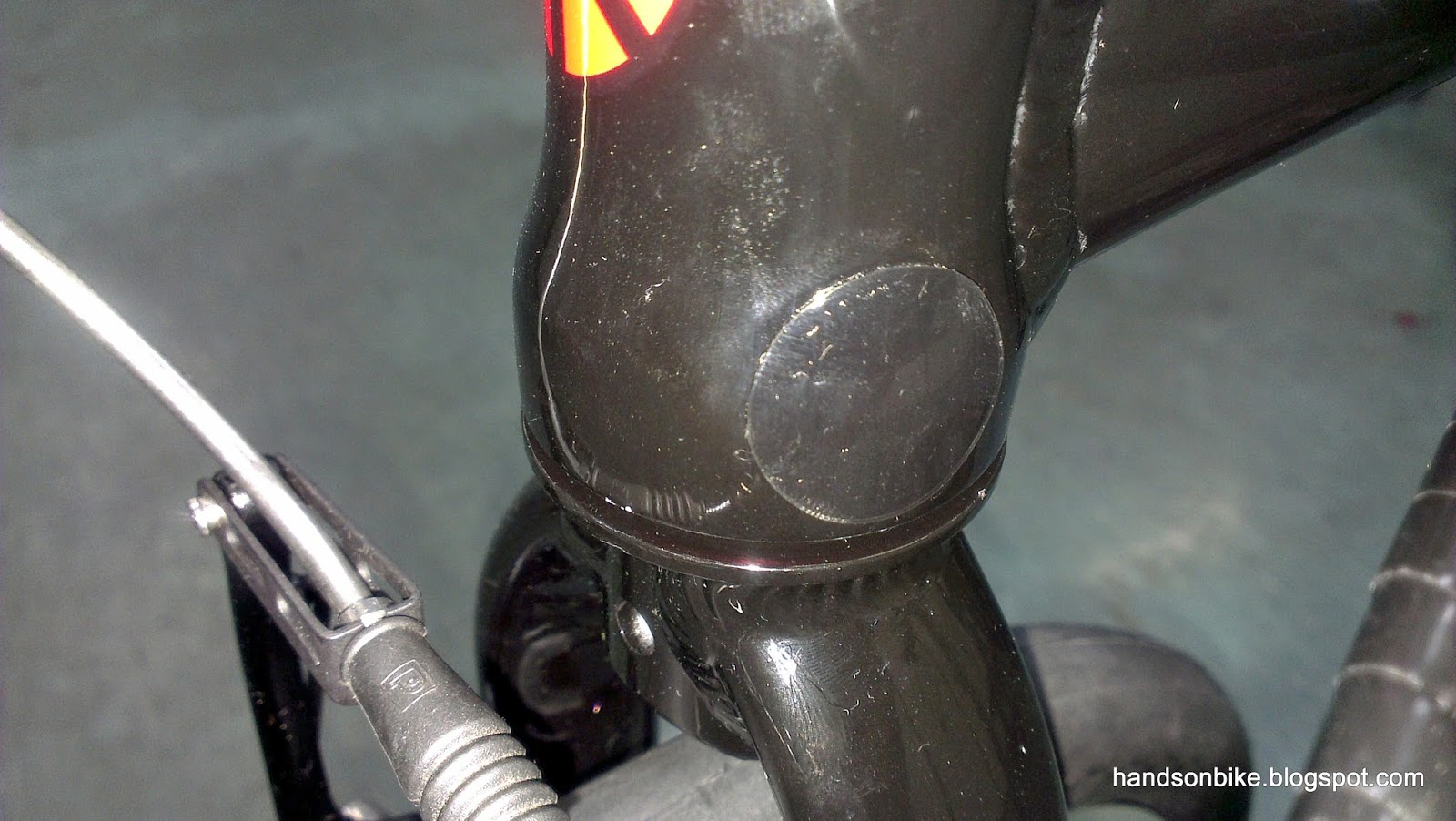 And that is all for the additions! Overall, the changes I made were to add red valve caps, red cable inner caps, additional frame stickers and changed the tires to Schwalbe Kojaks.

The 406 sized, folding bead Kojaks weighs 230 grams each, which is 60 grams heavier than the Panaracer Minits Lite. A slight weight increase of 120 grams overall.

Lastly, some more pictures of the new bike! 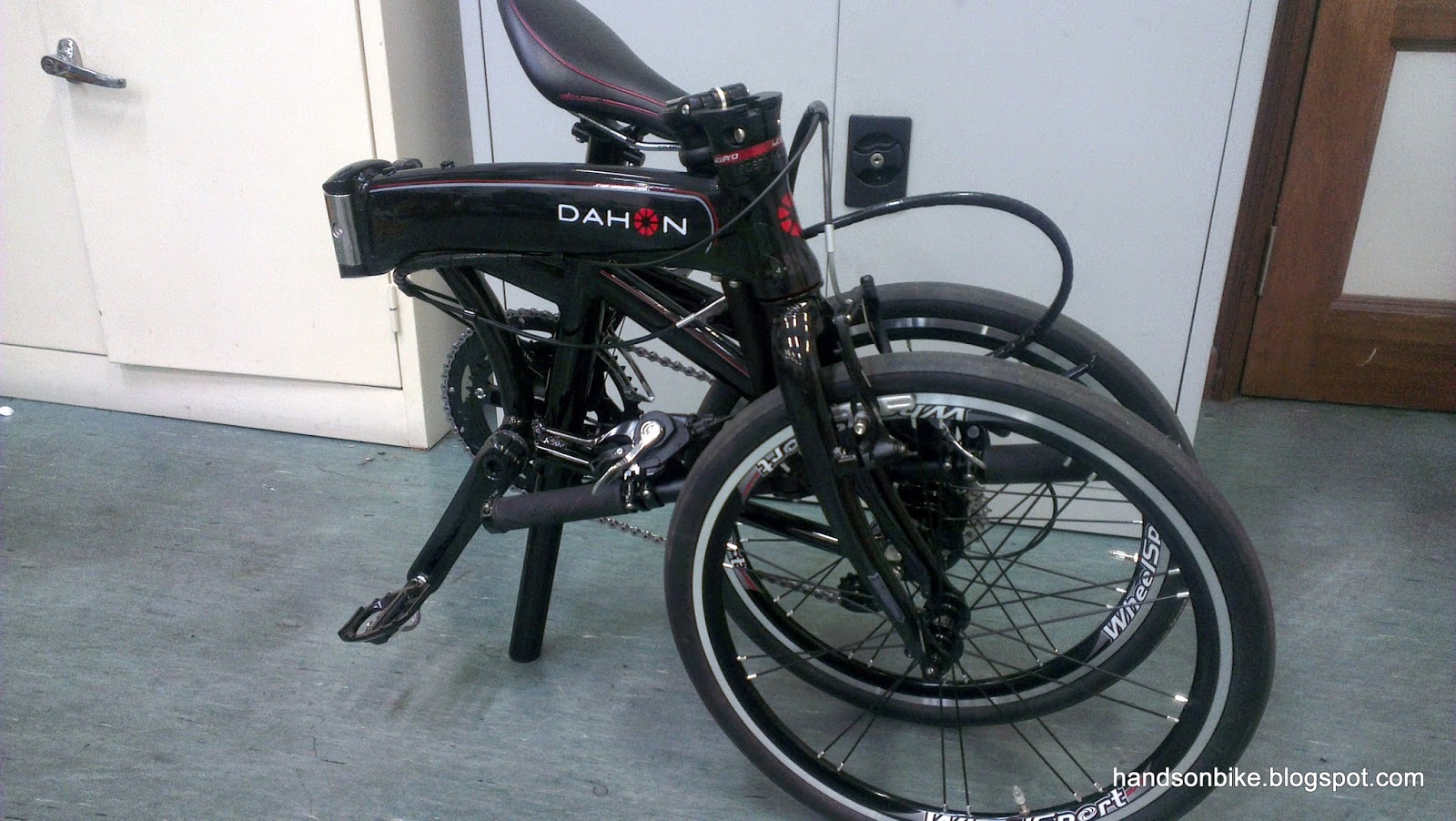 Folding is very easy compared to the Dahon Boardwalk, as the handlebar/handlepost can be kept easily between the wheels. 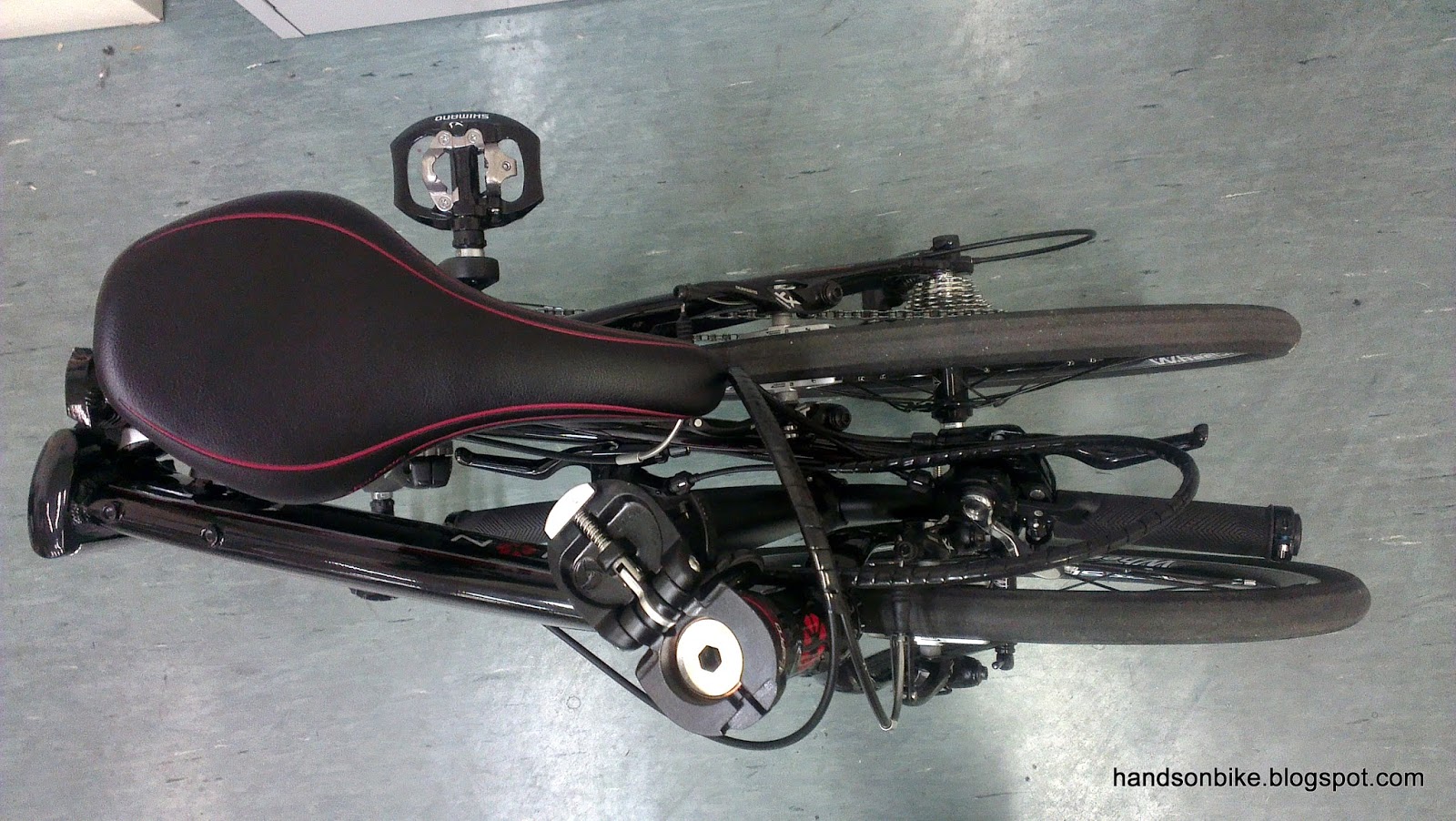 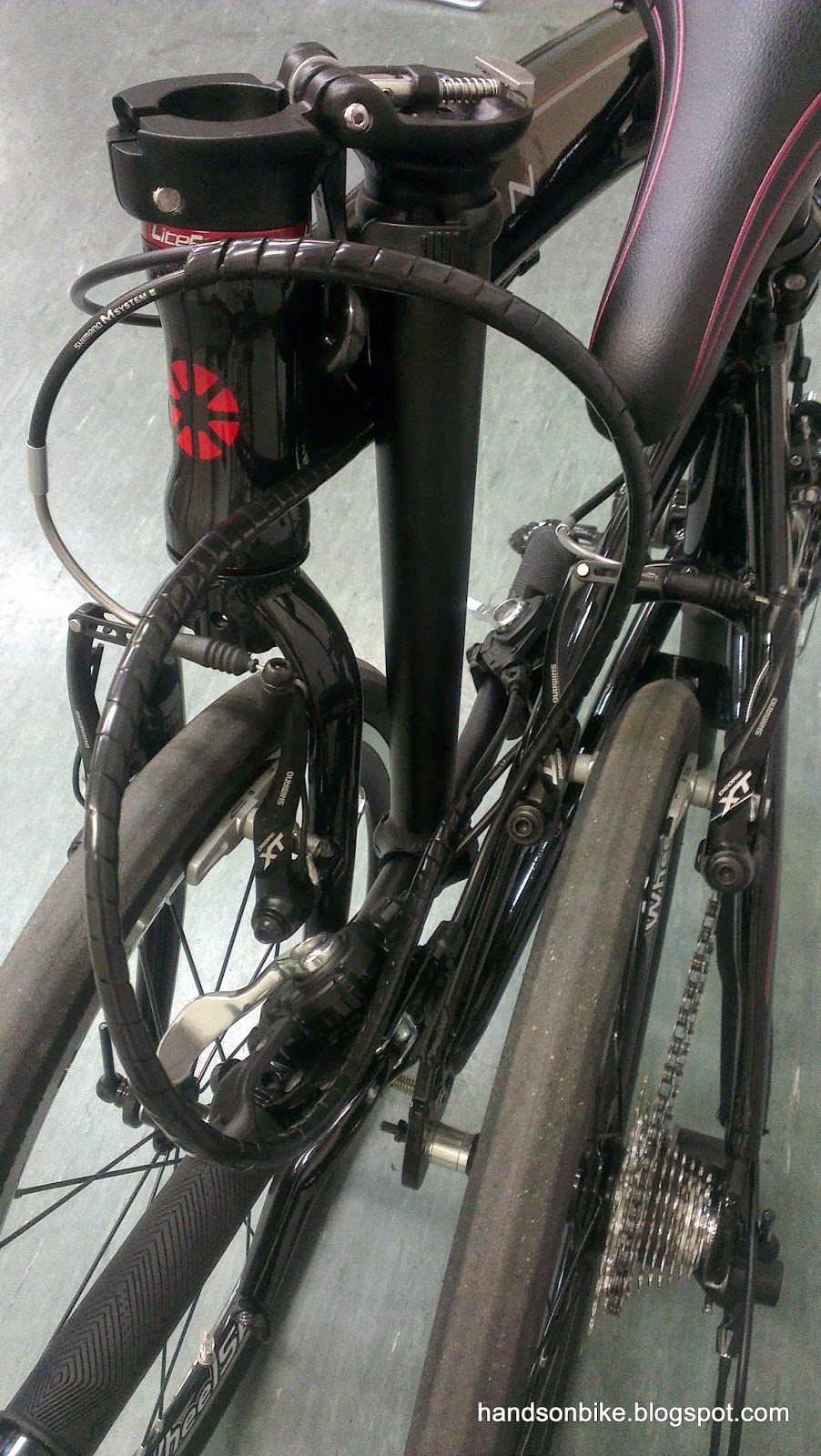 Cable routing is fine even when folded. There is sufficient slack in the cables for folding / unfolding the bike 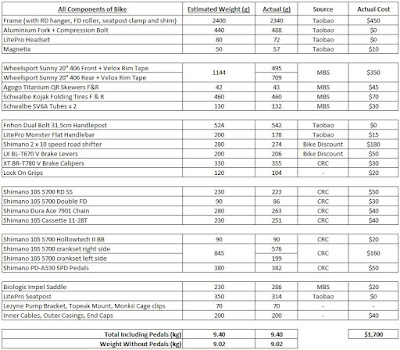 Final specification of the Dahon MuEX, after changing out some parts, such as the tires. 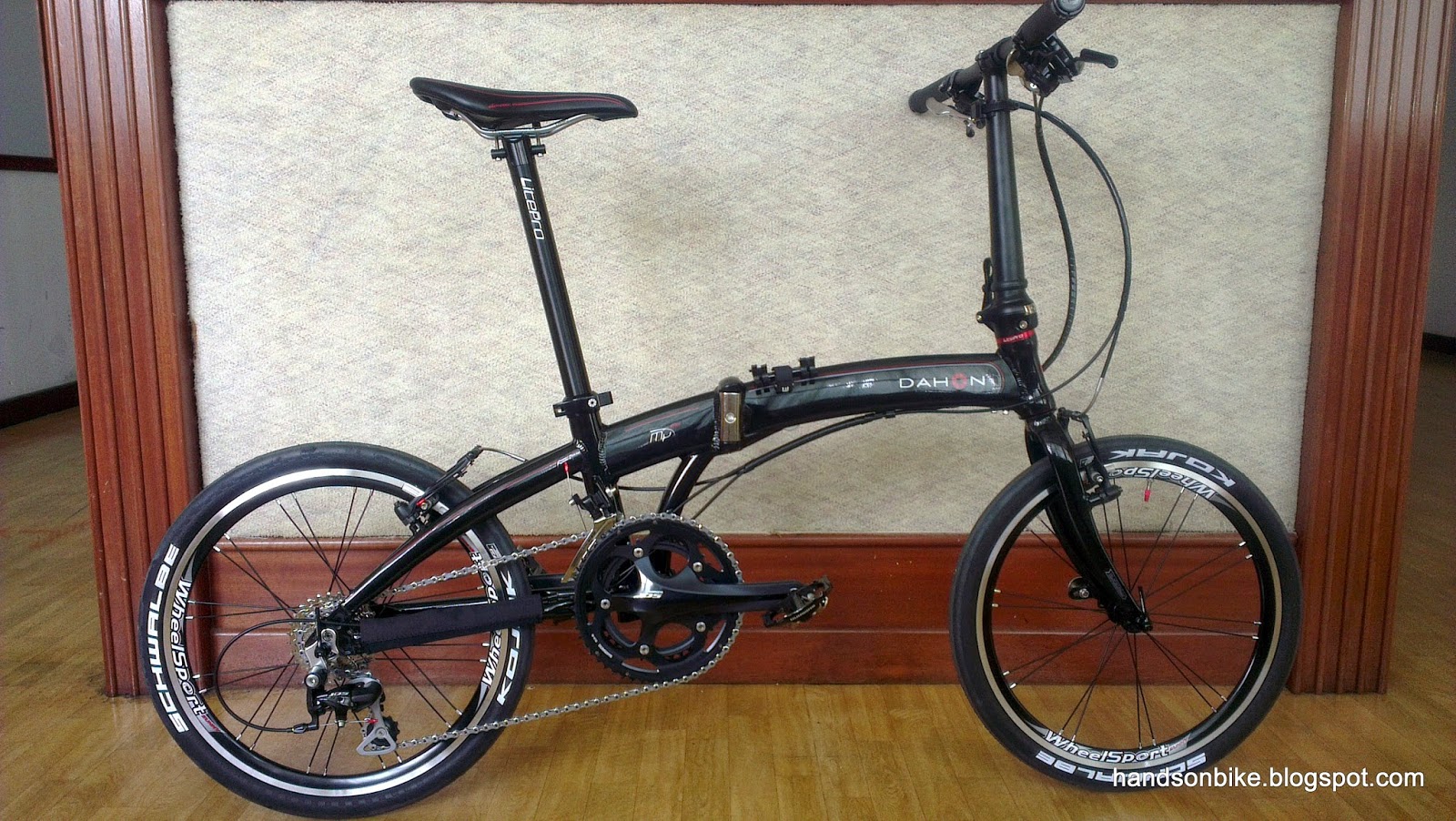 Overall picture of the completed bike! It is now fully ready to be used!
at April 17, 2014