The handlebar space on my Dahon Boardwalk is always very limited. Due to the number of gadgets that I like to install on my bikes, there is always insufficient space to put everything. This problem is even more obvious on the drop bar, as it has even lesser space than a flat handlebar.

Previously I had installed the handlebar extension mount, which creates more space for handlebar accessories. After changing to a new dropbar and stem, I have rearranged the accessories as shown below. 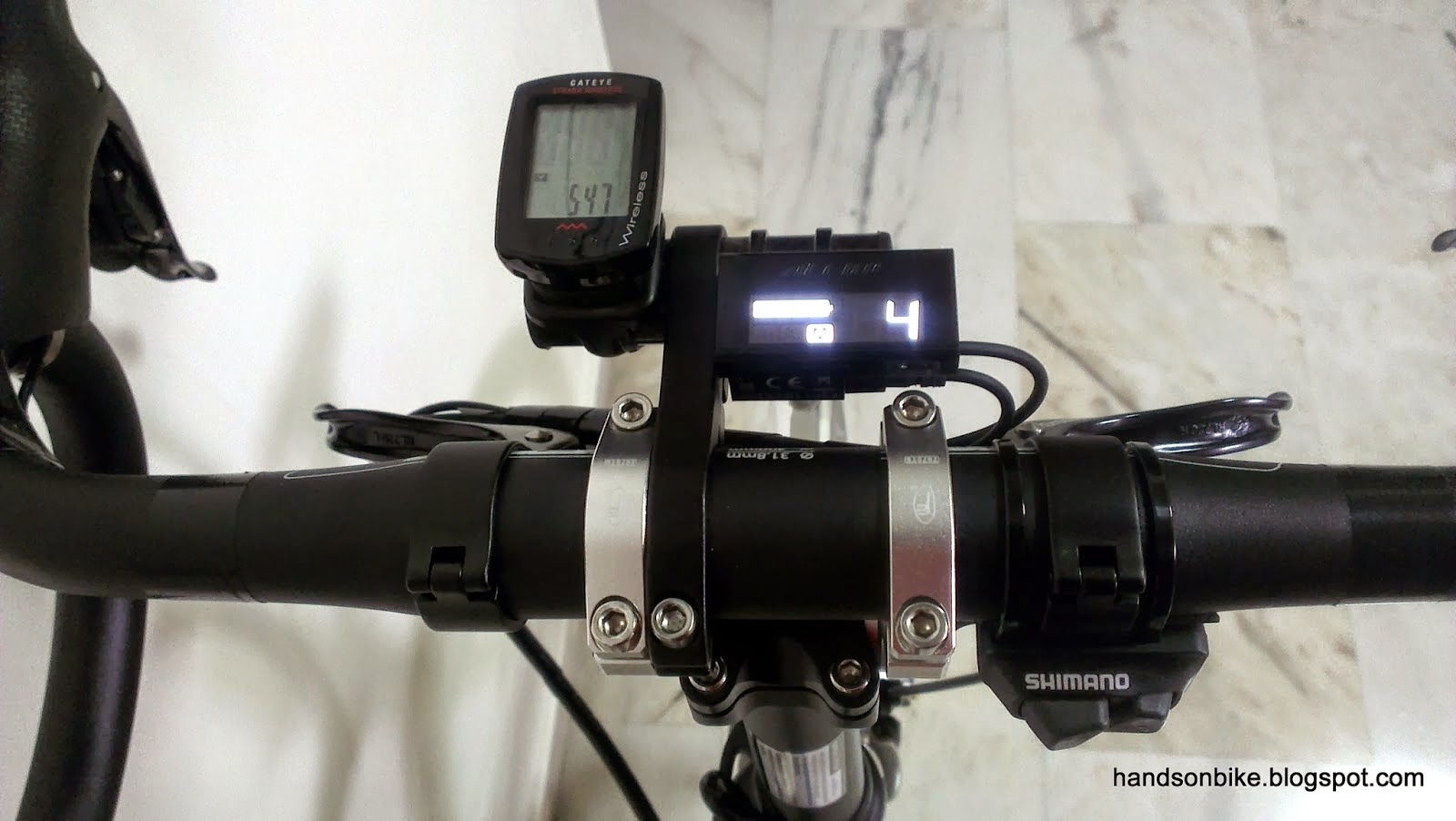 Both the Cateye Strada Wireless speedometer and the Alfine Di2 Gear Display goes onto the handlebar extension mount. This puts the displays further ahead of the handlebar which makes it a bit easier to read.

This set up has actually worked very well for me, giving me the space I need to put the accessories on the handlebar. However, recently I had the idea to remove the Fork Accessory Bracket that is on the Dahon Boardwalk. Although the Lezyne Super Drive XL front light is currently mounted on it, I want to remove it from the front of the bike to make the bike look less cluttered. 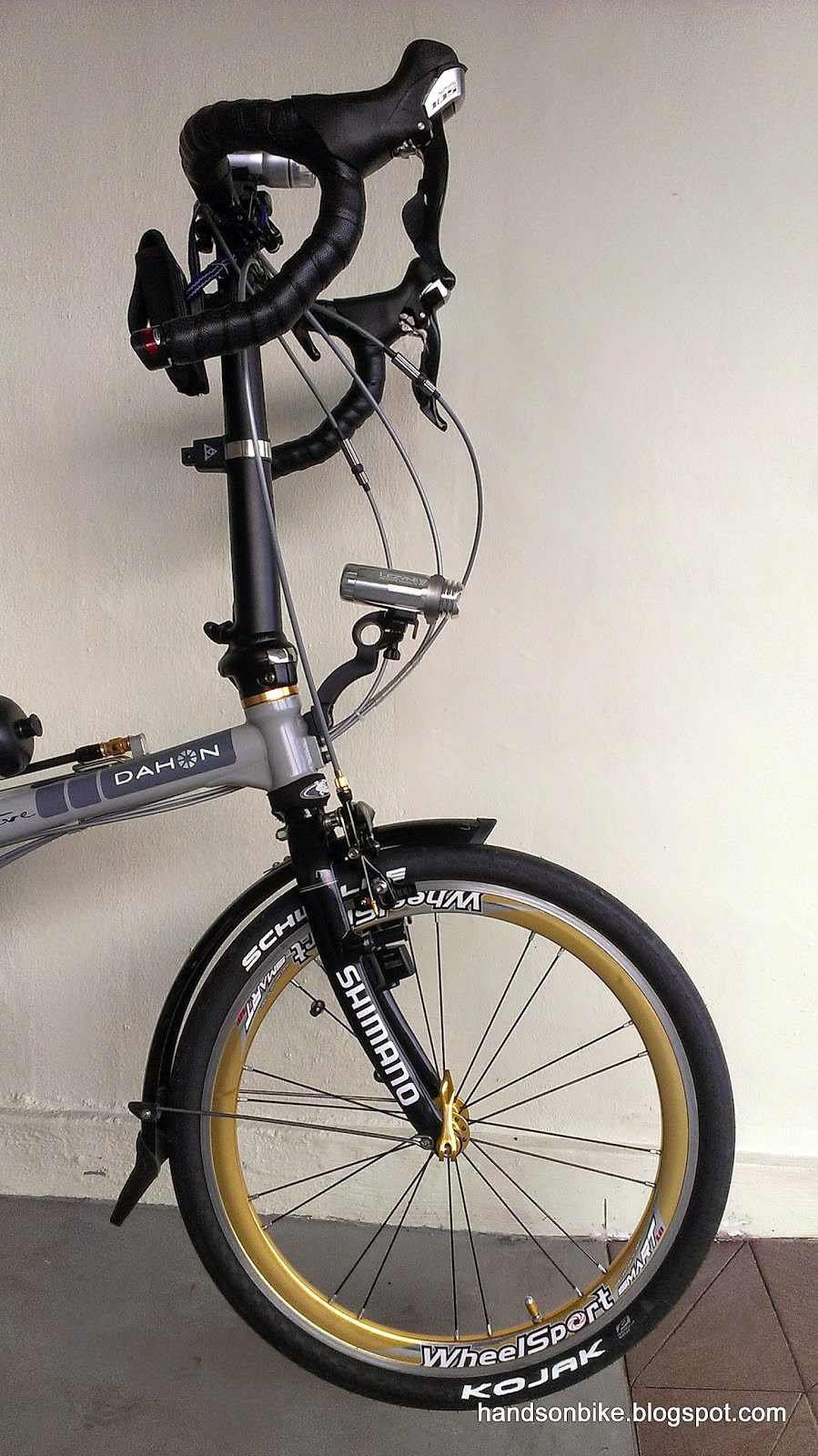 So how is all of these related to the new item which I want to review below? The overall idea is that after removing the fork accessory bracket, I will still need a place to mount the Lezyne Super Drive XL front light. The only place that is possible would be on the drop bar itself. However, the space there is very limited.

Therefore, I decided to get the Bar Fly bracket for Cateye speedometers. It will free up some space on the drop bar / extension mount, and hopefully making enough space for the Lezyne front light to be mounted on the handlebar.

Introducing the Bar Fly for Cateye! 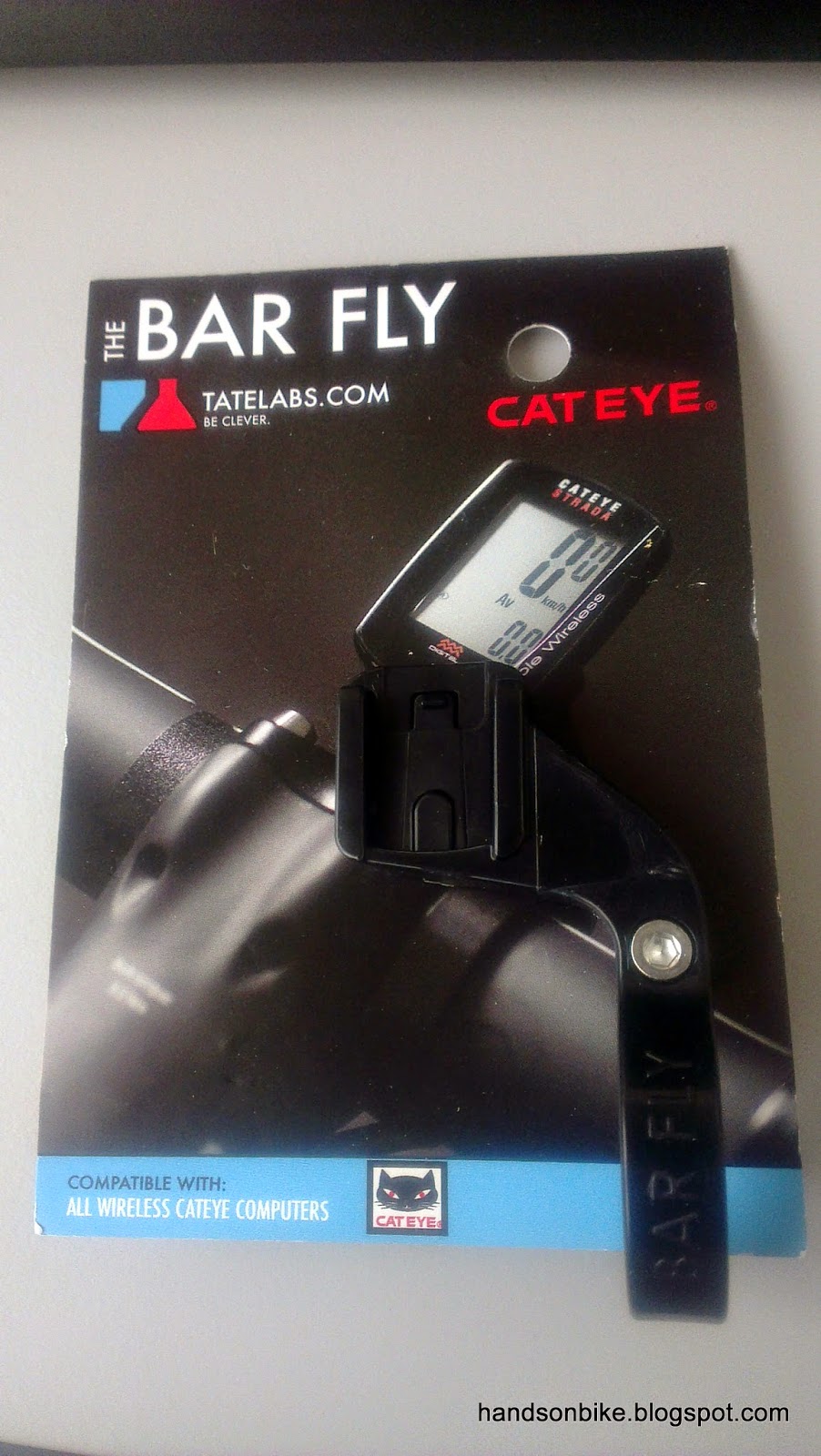 Bar Fly for Cateye speedometers. They are also available for Garmin computers. 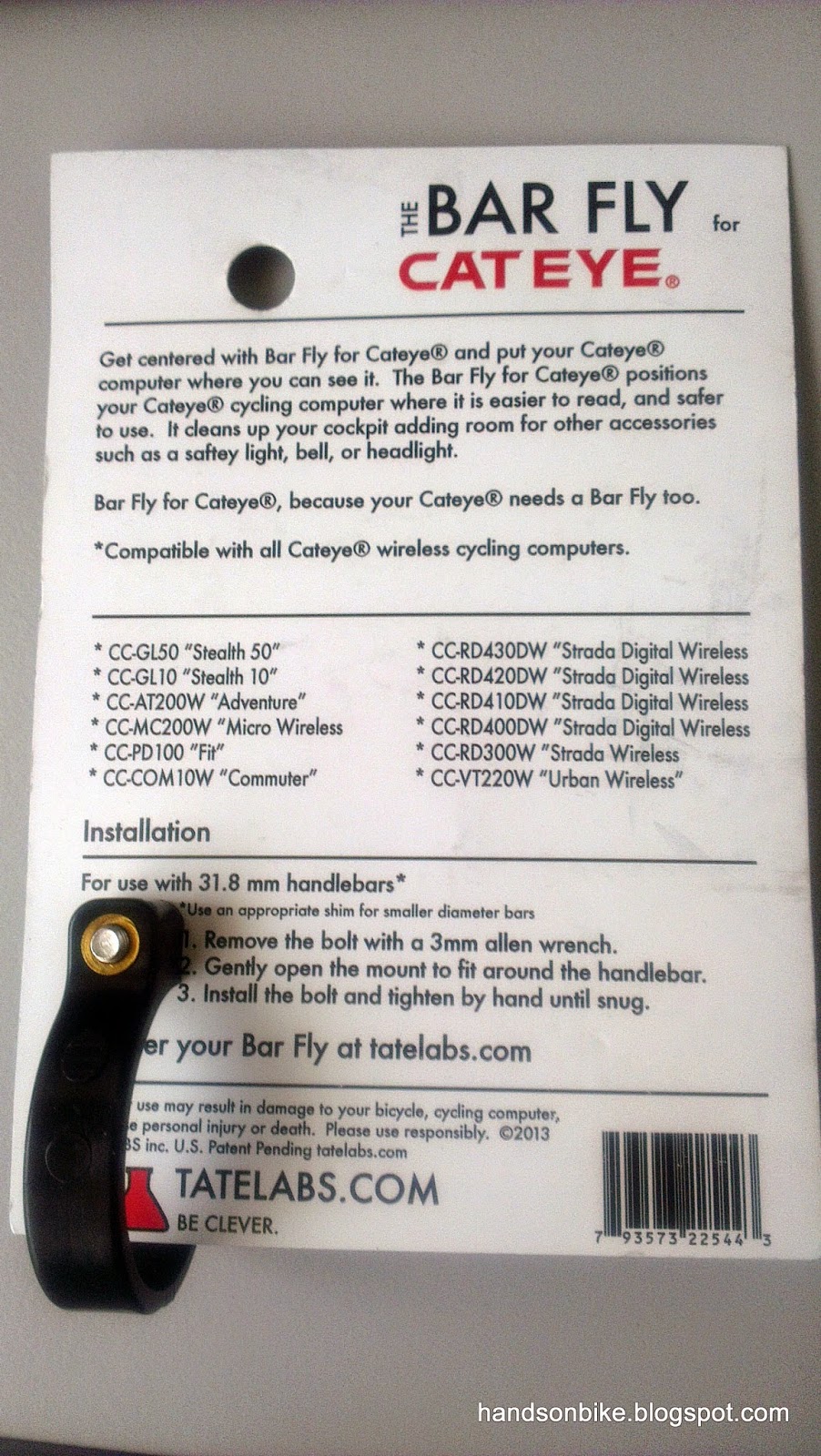 Compatible with most Cateye wireless speedometers. Designed for oversized 31.8mm diameter handlebars, but can also be used on narrower handlebars with the appropriate shim. 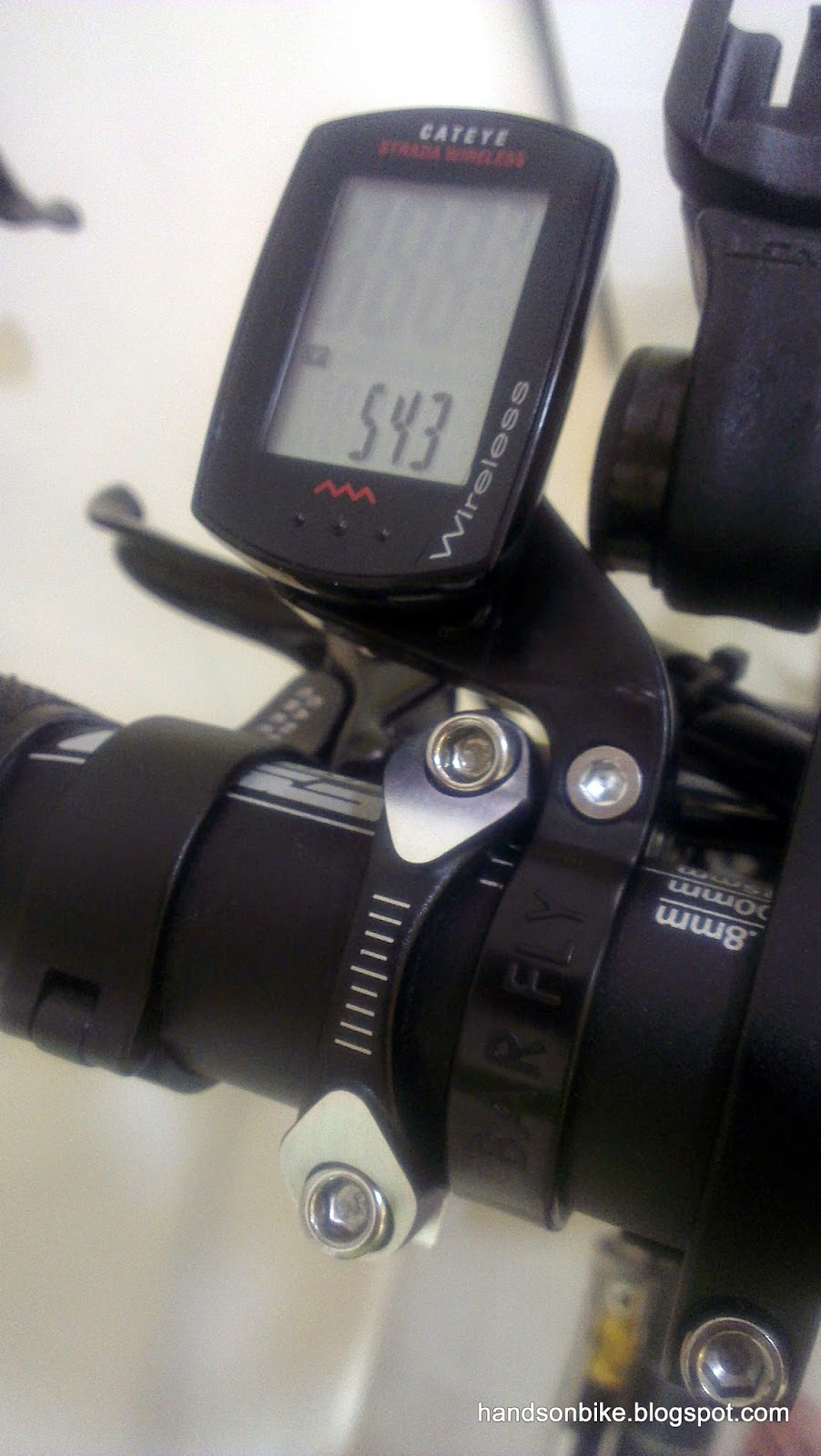 With the Cateye speedometer mounted on the Bar Fly bracket. 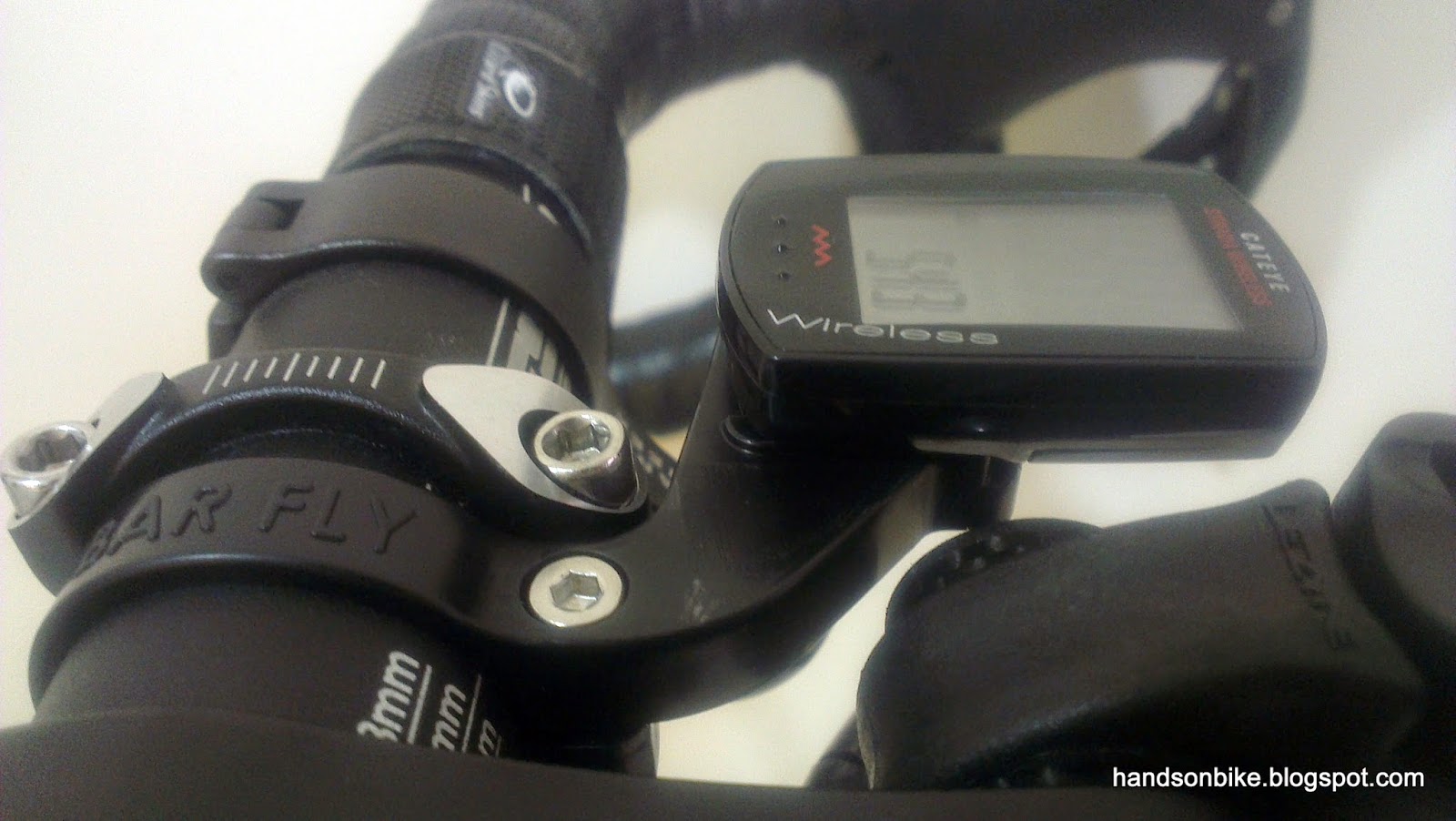 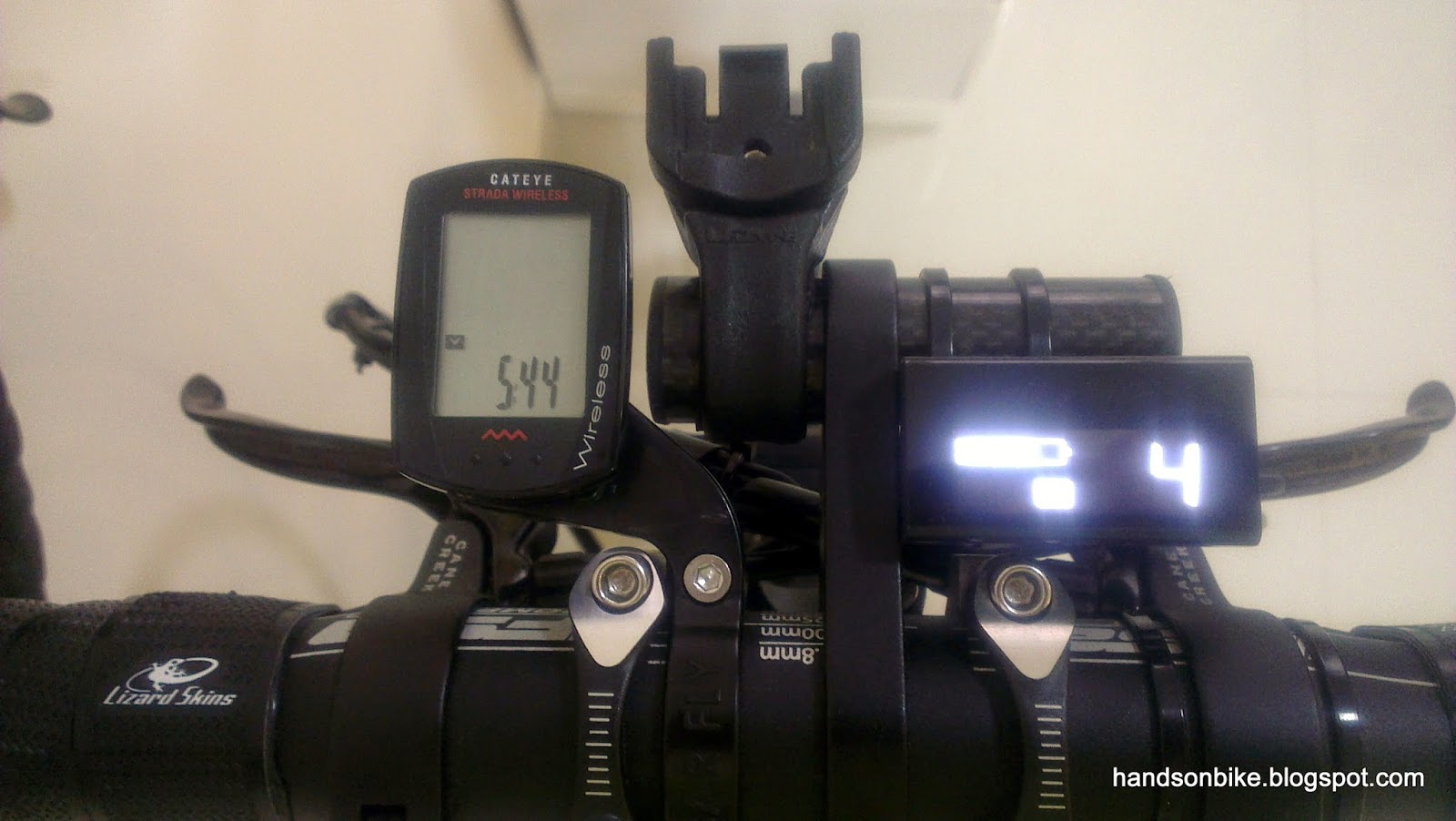 The final arrangement of the accessories on the handlebar. I moved the extension mount further to the right to make space for the Cateye mount. This creates sufficient space in the middle to mount the bracket for the Lezyne front light. 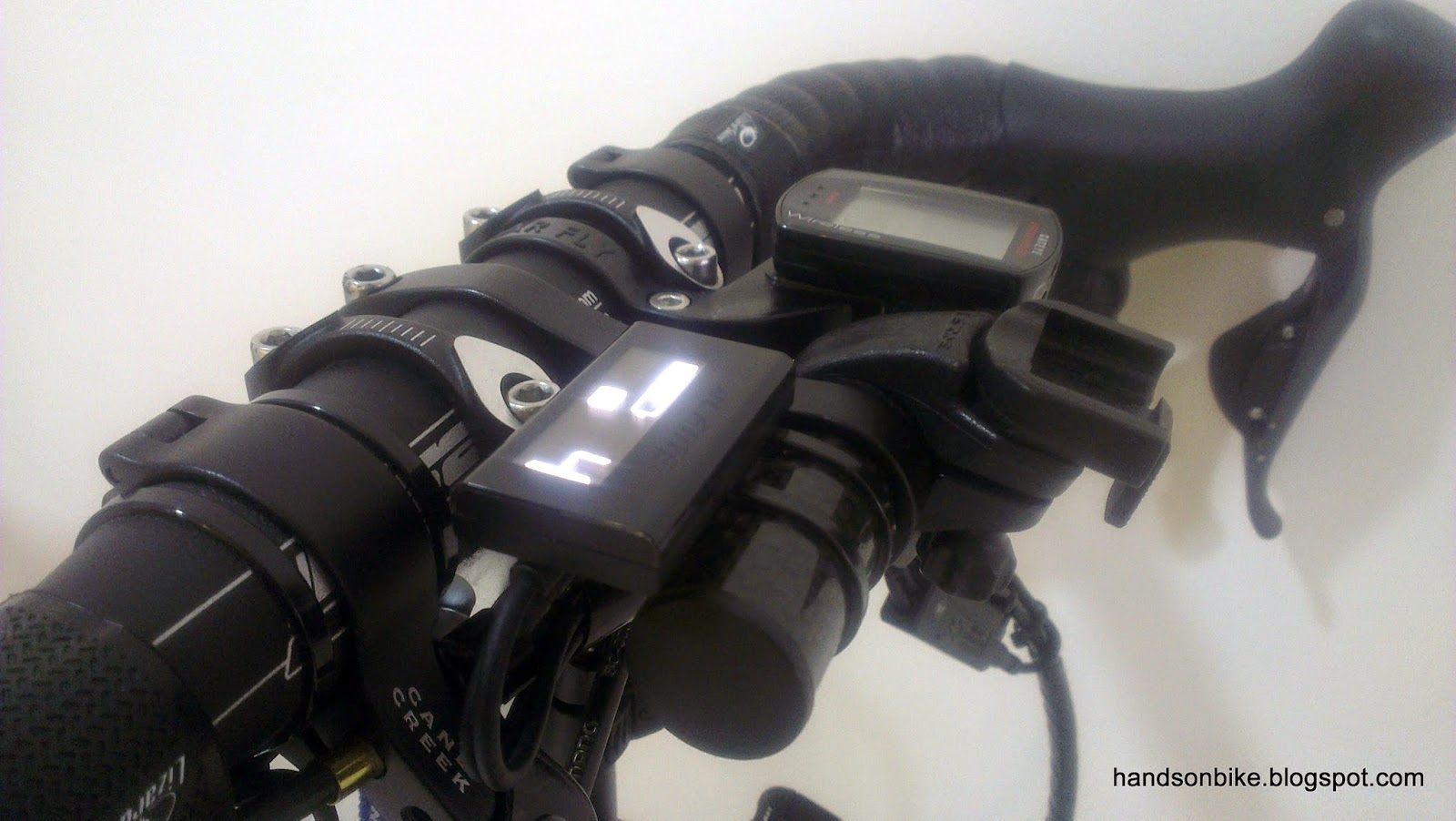 Lezyne front light has not been fixed on yet.

In the next blog post, I will write about the things that I removed from the Dahon Boardwalk to cut some weight, and also show the new mounting position of the Lezyne front light.
at October 15, 2014