Ever since I got my Avanti Inc 3 belt drive commuting bike, I have loved the simplicity and maintenance-free feature of a belt drive system. With no worries of rust, I can ride the bike in the rain and not have to dry, clean or lube the belt at all.

I have previously changed the length of the Gates belt from the original length, because I wanted to lower the overall gear ratio of the bike. The new gear ratio fits me and my riding style much better, as I can use more of the 11 gears that are in the Alfine 11 internal hub.

Recently, I found that Gates has introduced a new, limited edition red coloured CDX belt. This is interesting as it can add some colour to the bike, which would otherwise be limited by the plain black belt.

Getting a red coloured Gates belt is not easy, as you can't just buy it off the shelf in Singapore. The only place I know where I can buy the red belt is on UniversalCycles.com, which is based in the US. Although it is possible to ship to Singapore, the shipping charges are quite expensive. Therefore, I took the chance to send the parcel to a US address, and picked it up when I visited the US last month. 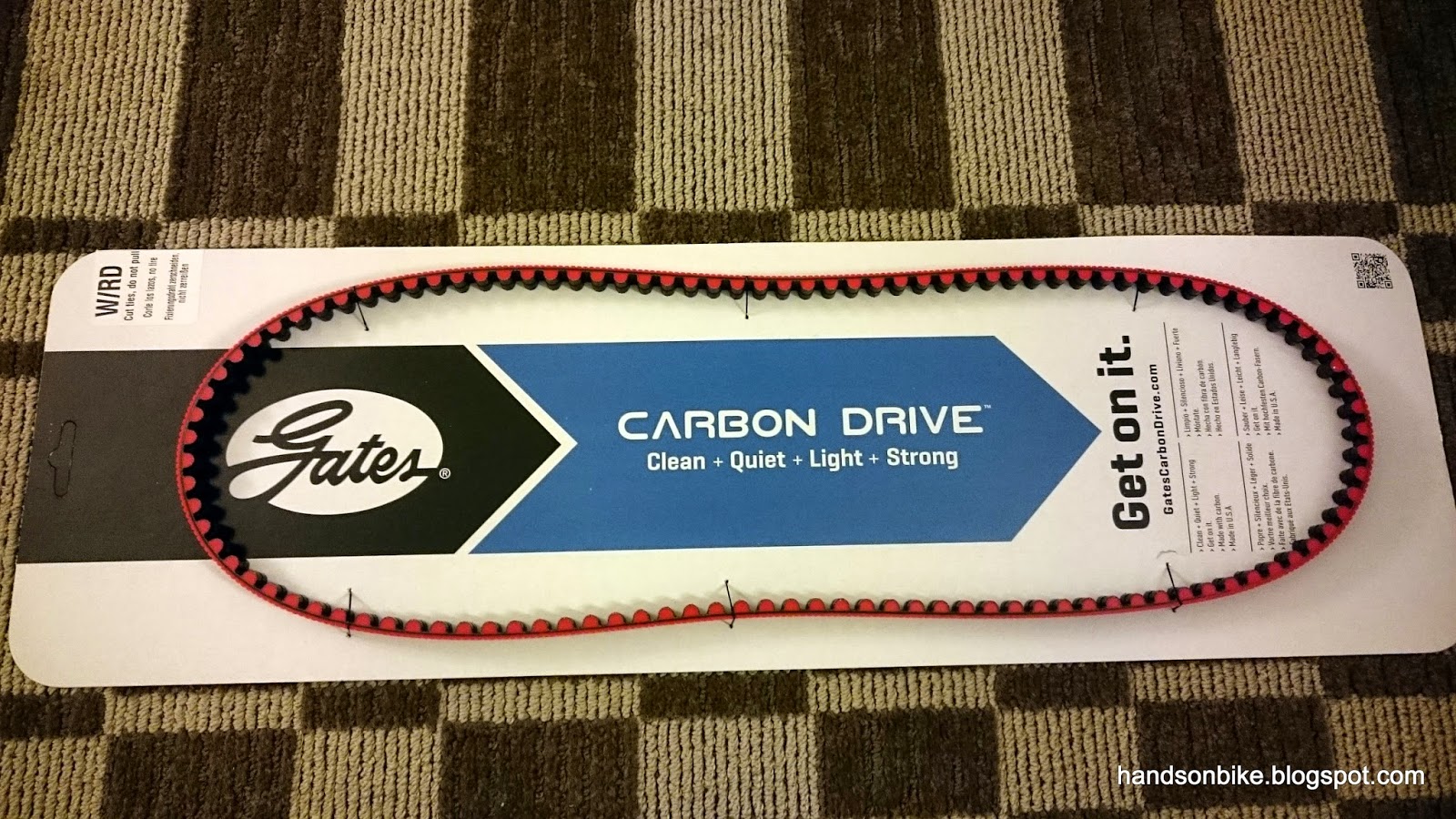 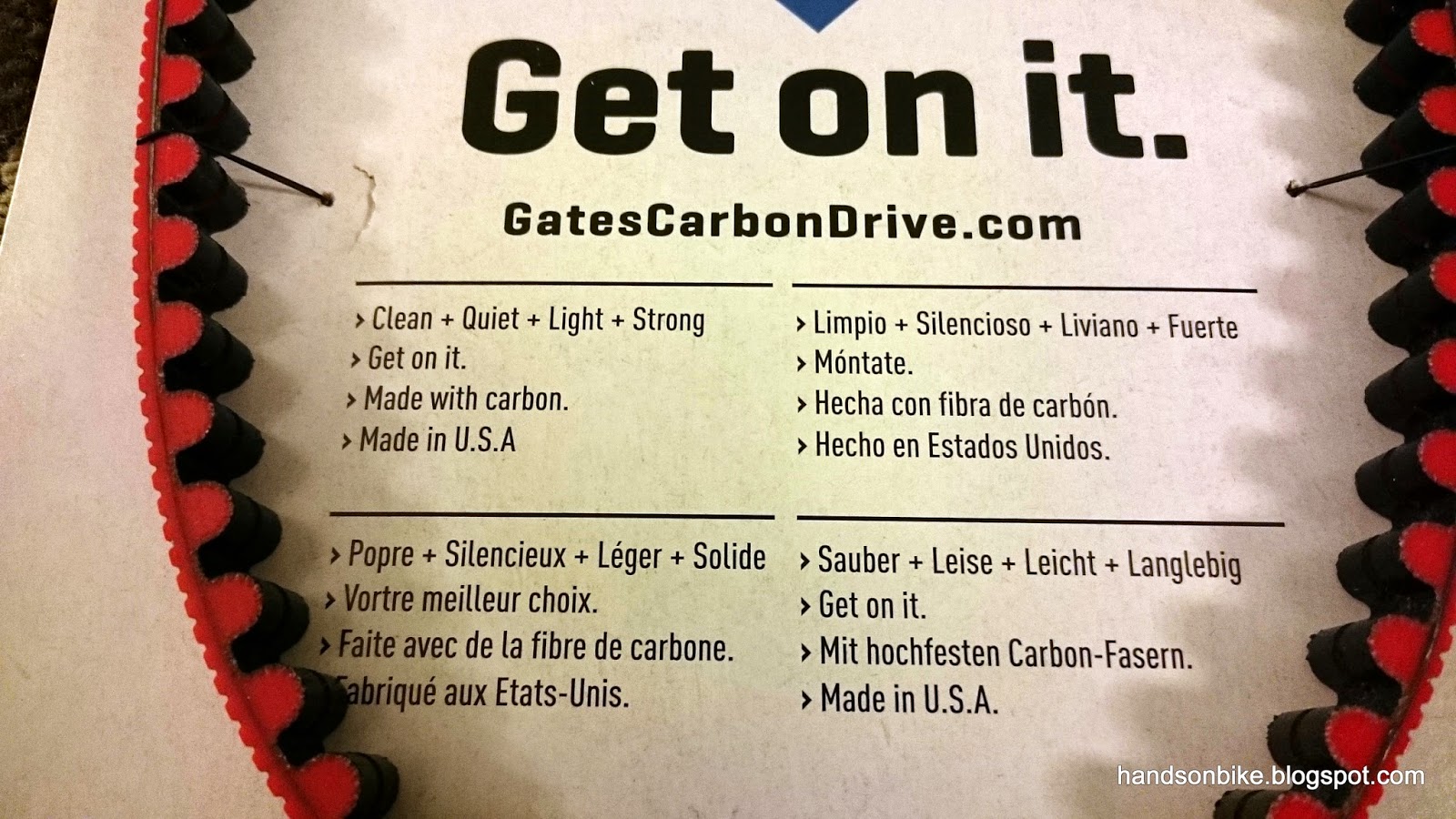 The belt has carbon cords inside, which make them very strong and durable with practically no stretch. 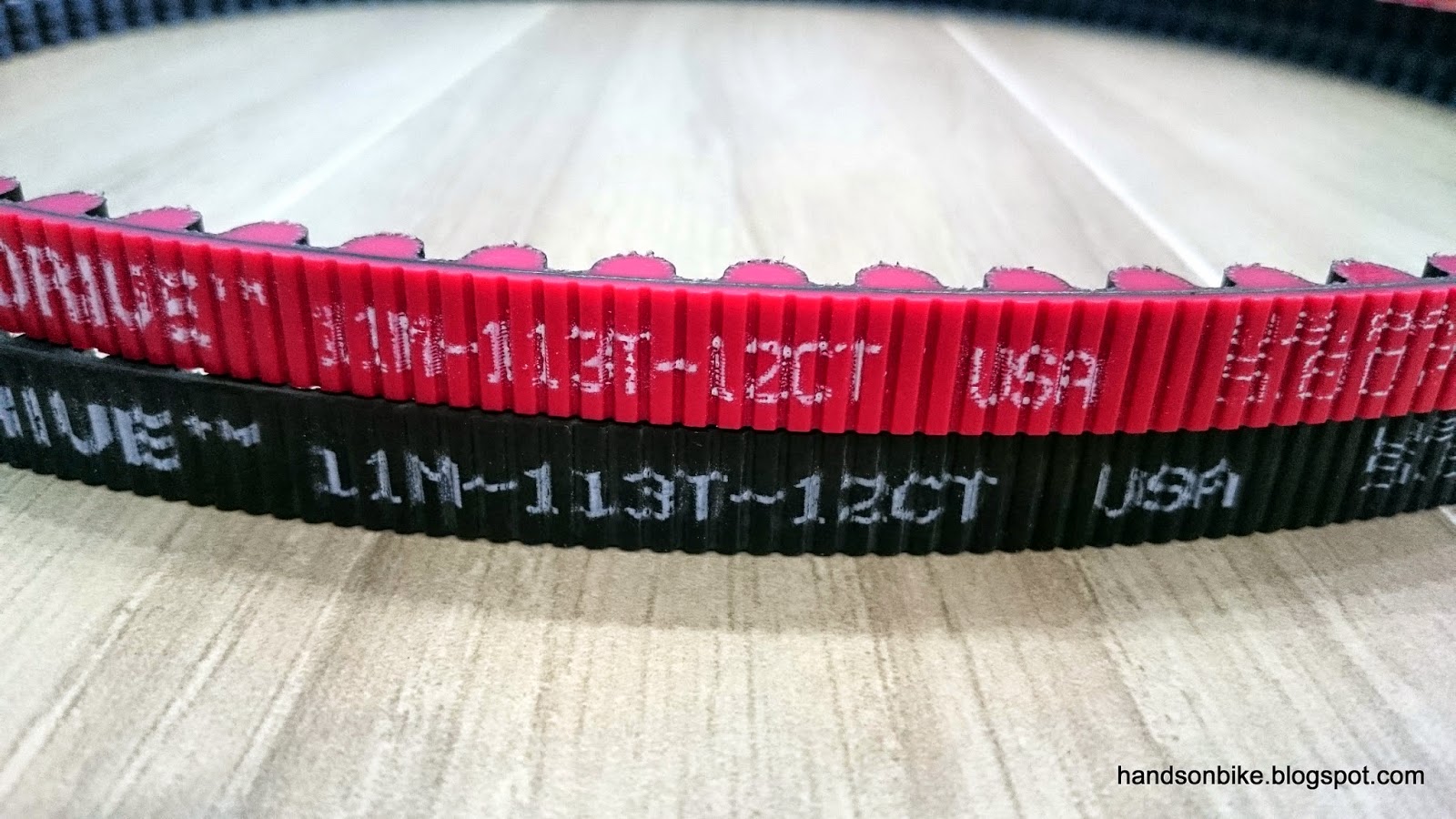 Since I am only swapping the belt without changing the front or rear sprockets, I just needed to get the same length (113T) as the previous belt. 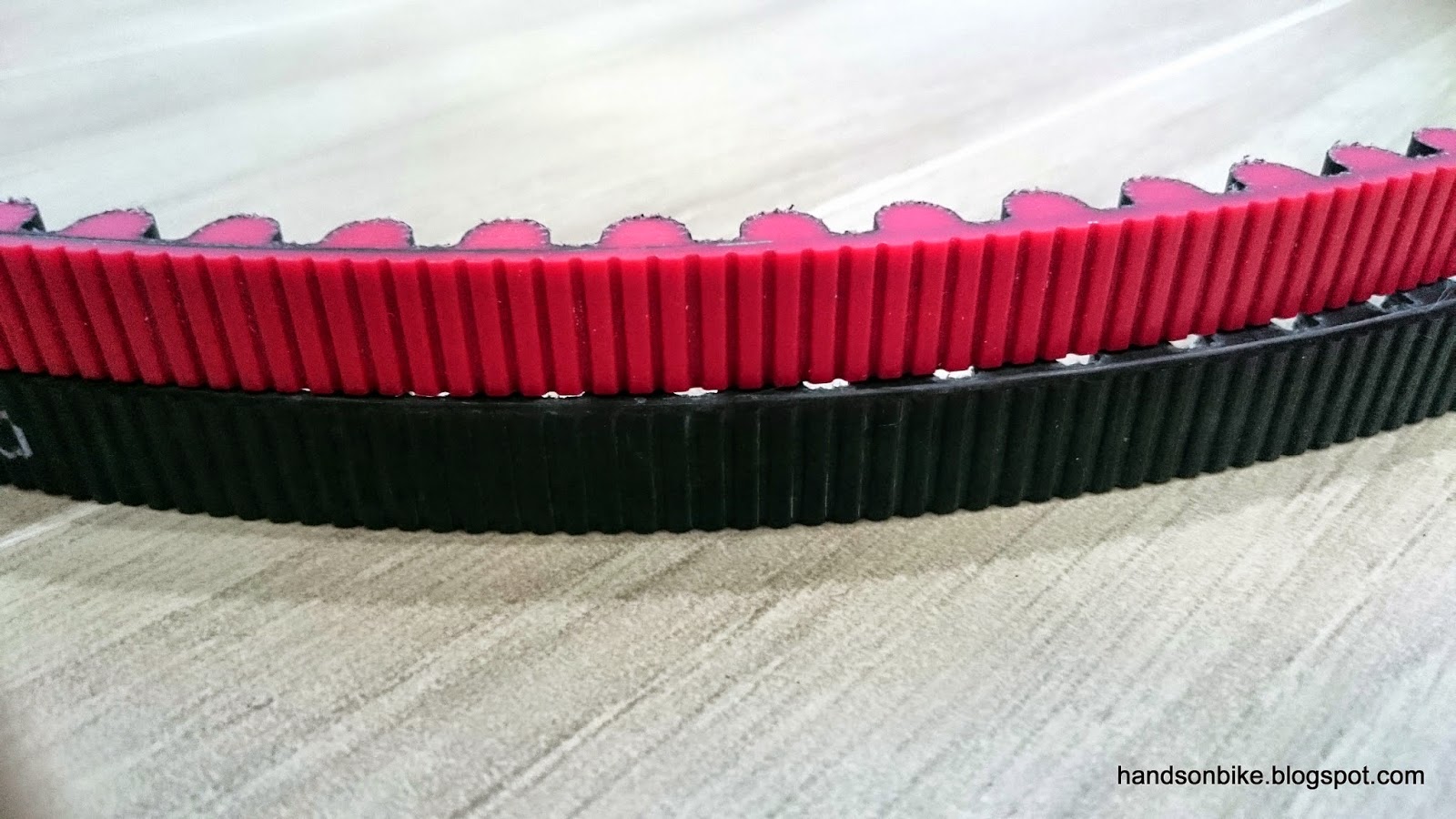 Same pattern and construction as the old belt, except for the colour. 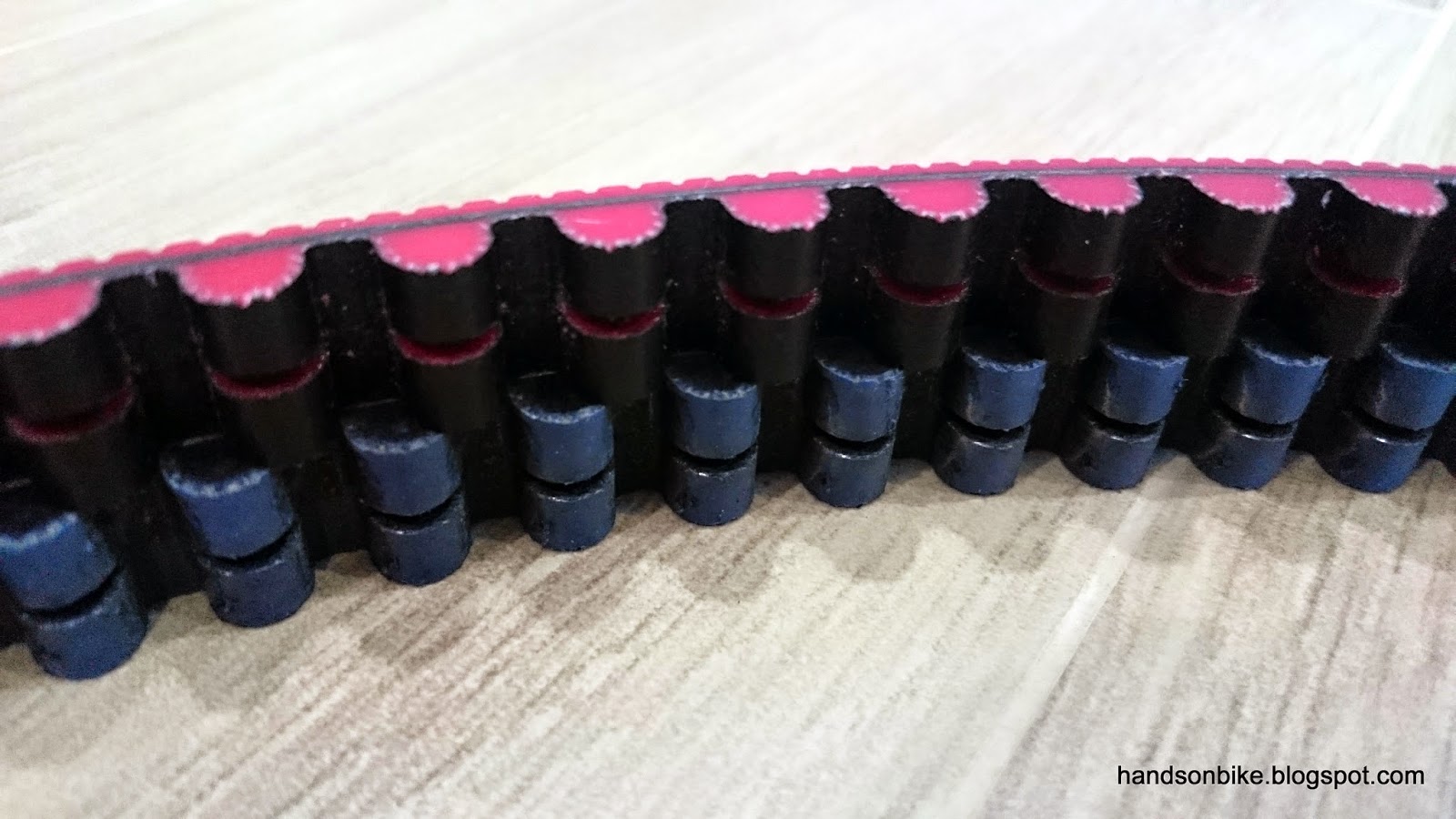 Installing the new belt is quite easy, much like changing a new chain, except that you won't get your hands dirty changing a belt! For more details on how to change a belt on a belt drive bike, you can refer to the earlier post about modifying the gear ratio on this bike.

I planned it such that I was able to change the belt at the same time as I upgraded the brake rotor on the rear wheel, as this means that I only have to remove and install the rear wheel once. Being an internal hub with axle nuts, a wheel change is more time consuming and thus any effort saved is always good. 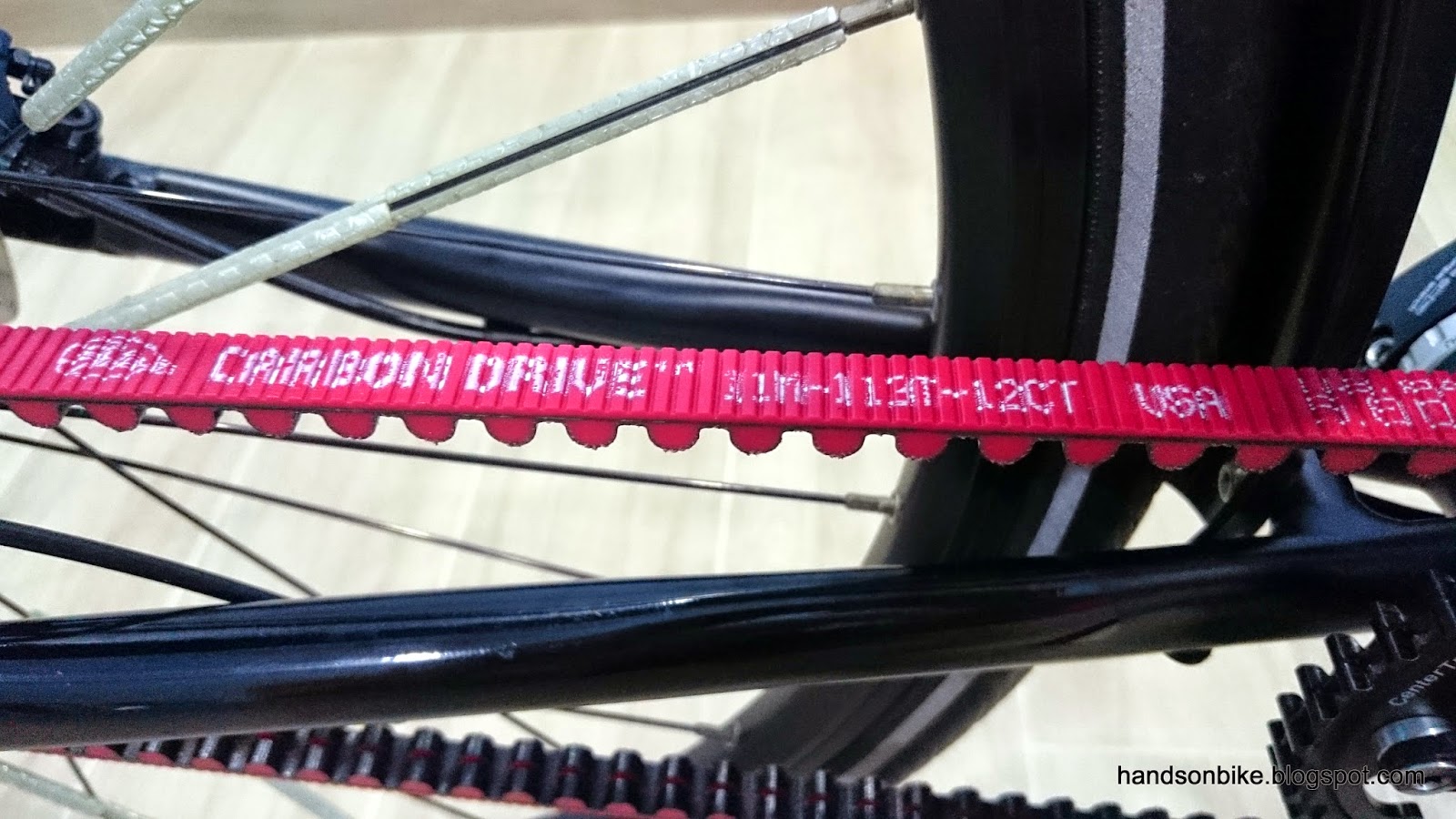 New red Gates CDX belt on my Avanti Inc 3! It is a very striking red colour. 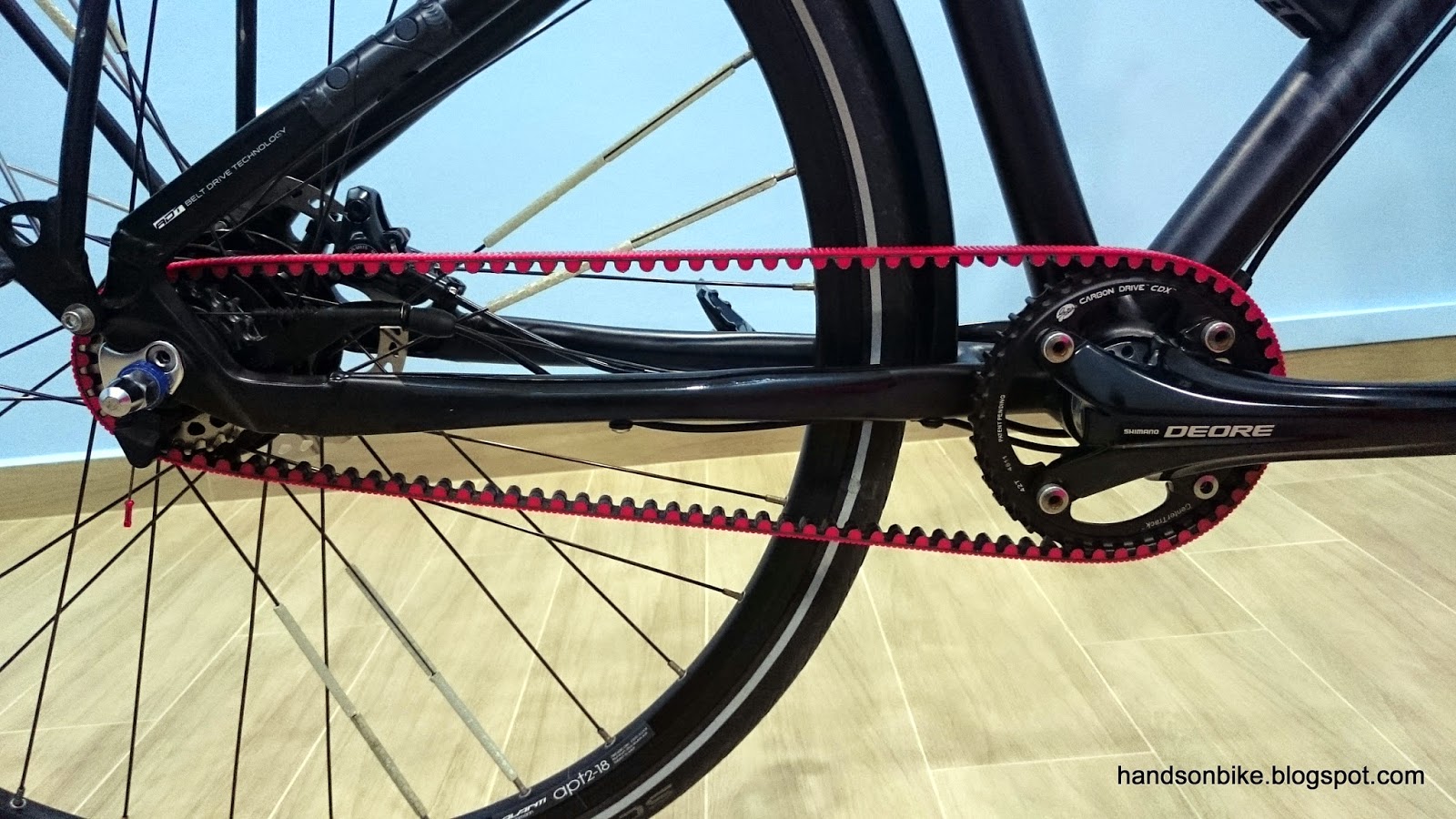 A very visible red belt on the bike that really stands out from the black frame. 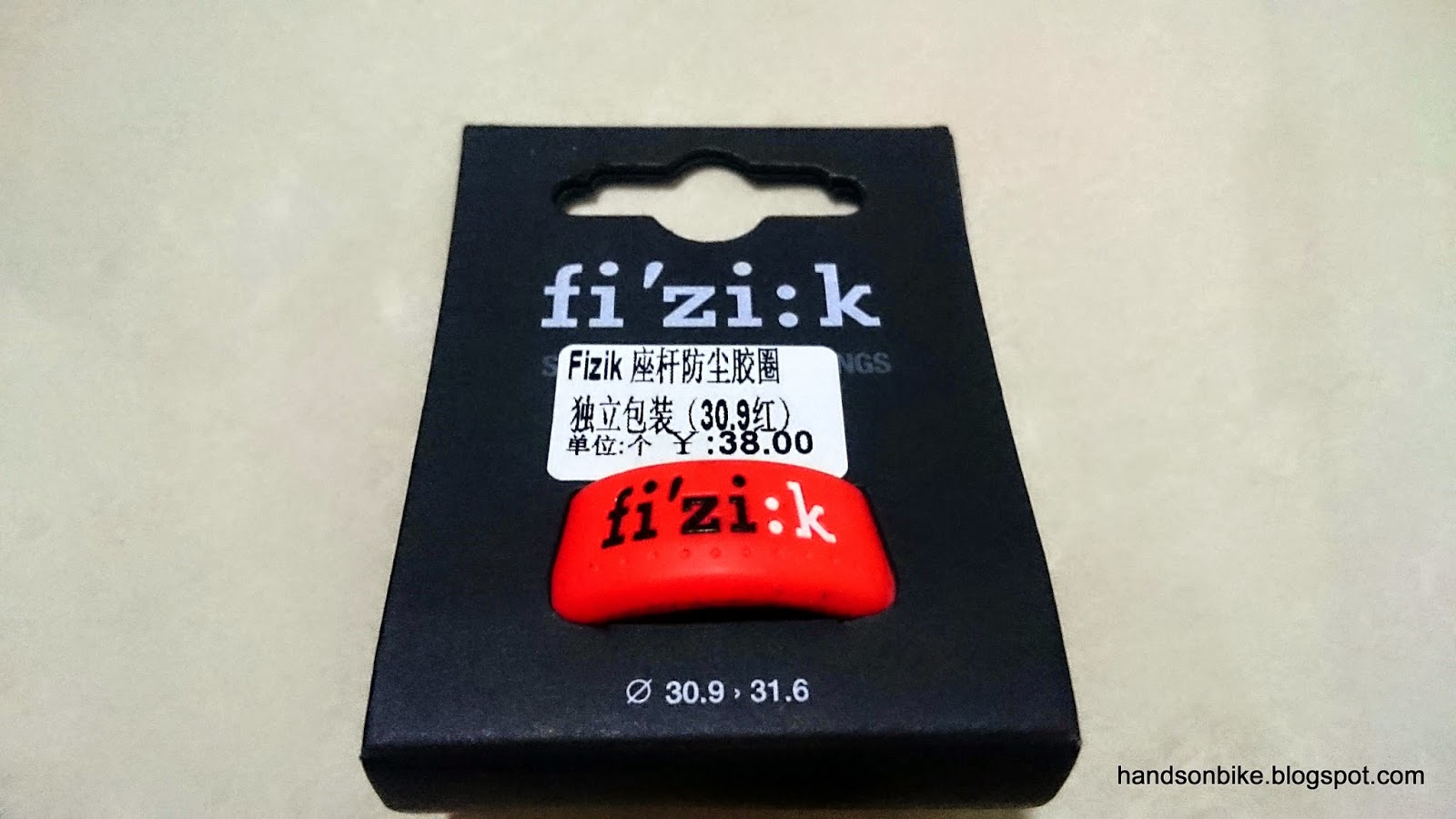 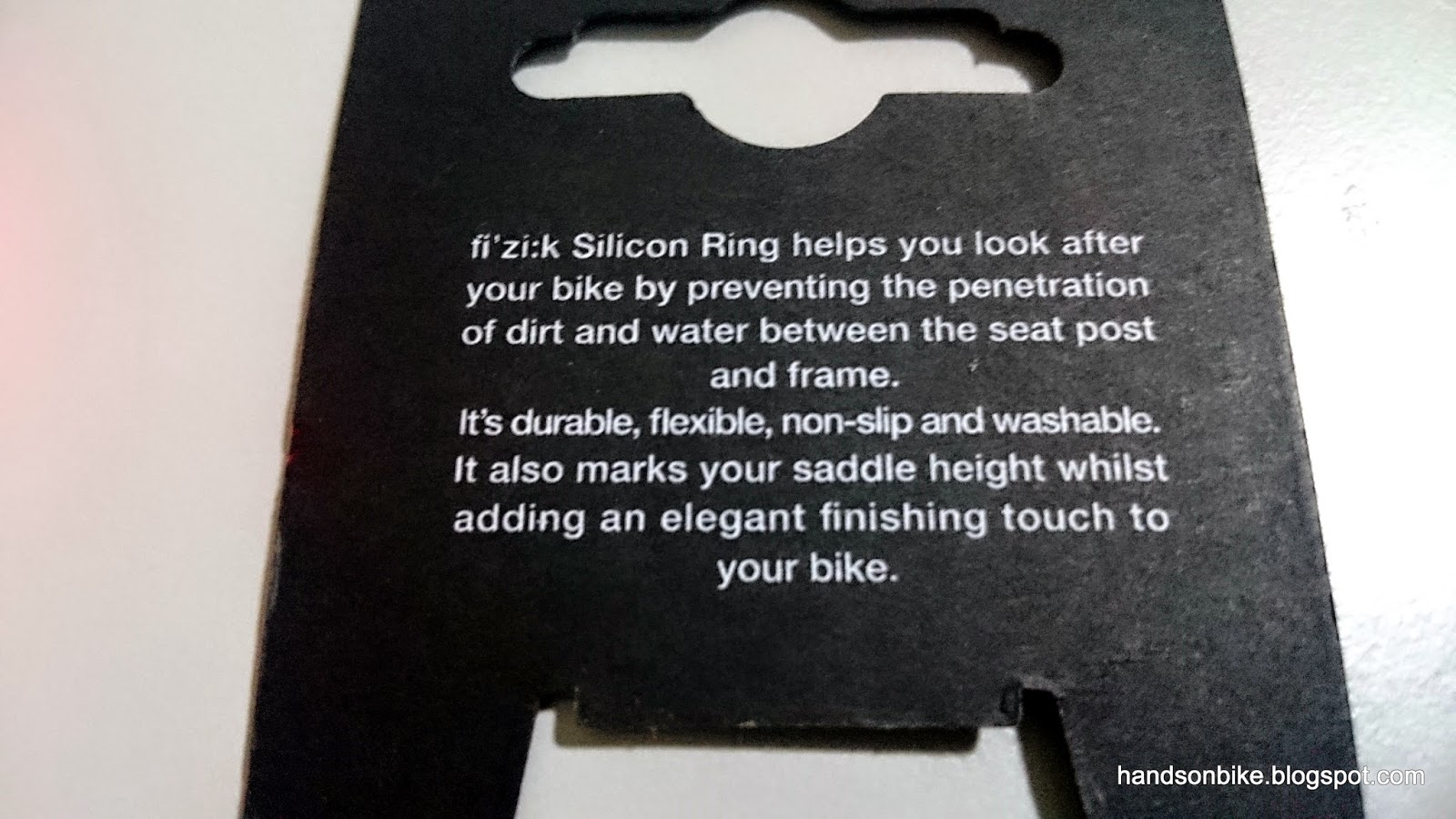 It can act as a seal between the seatpost and the seatpost collar to minimize water entry into the seat tube. This is especially useful for this bike as I do ride it in the rain. 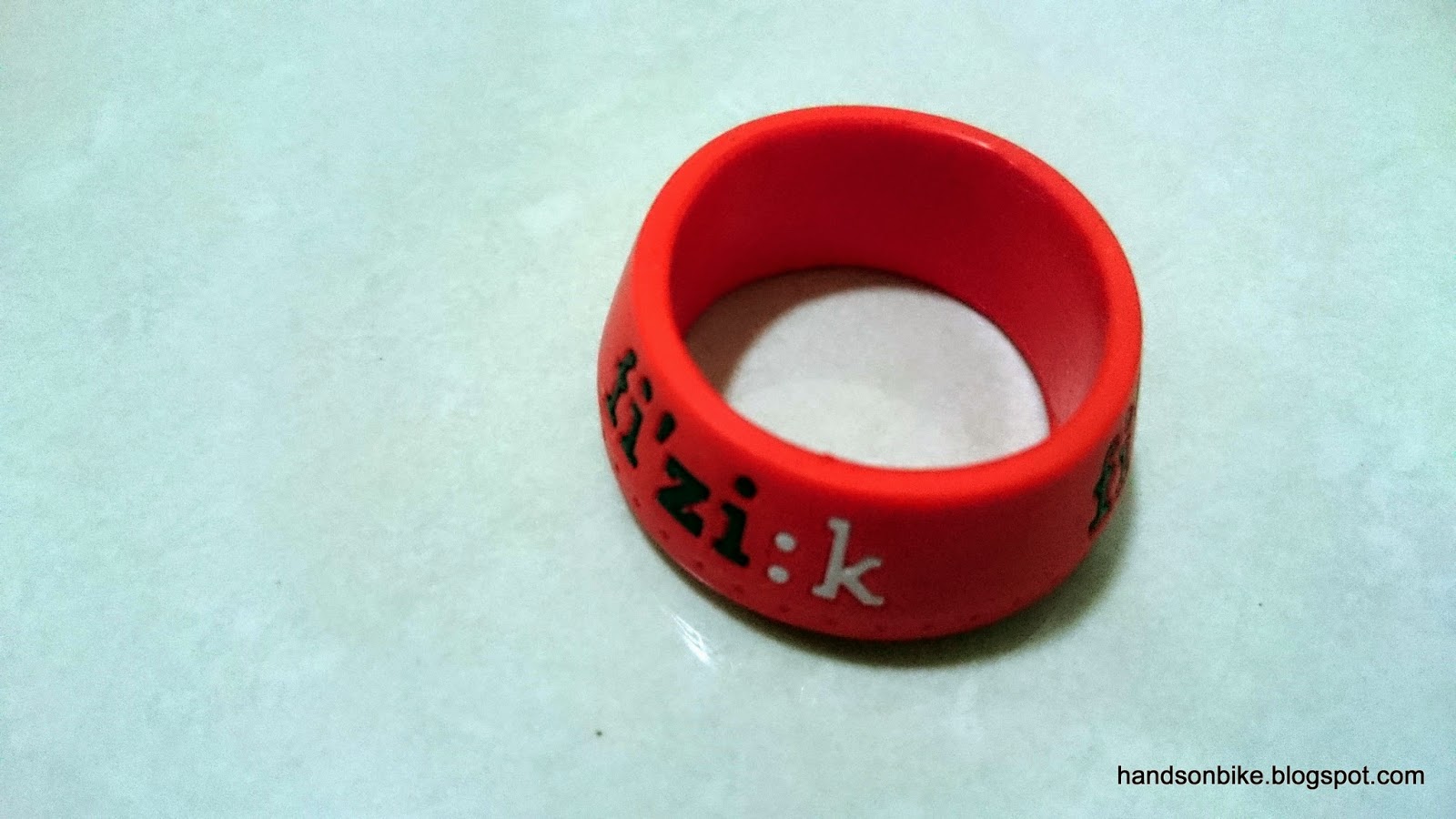 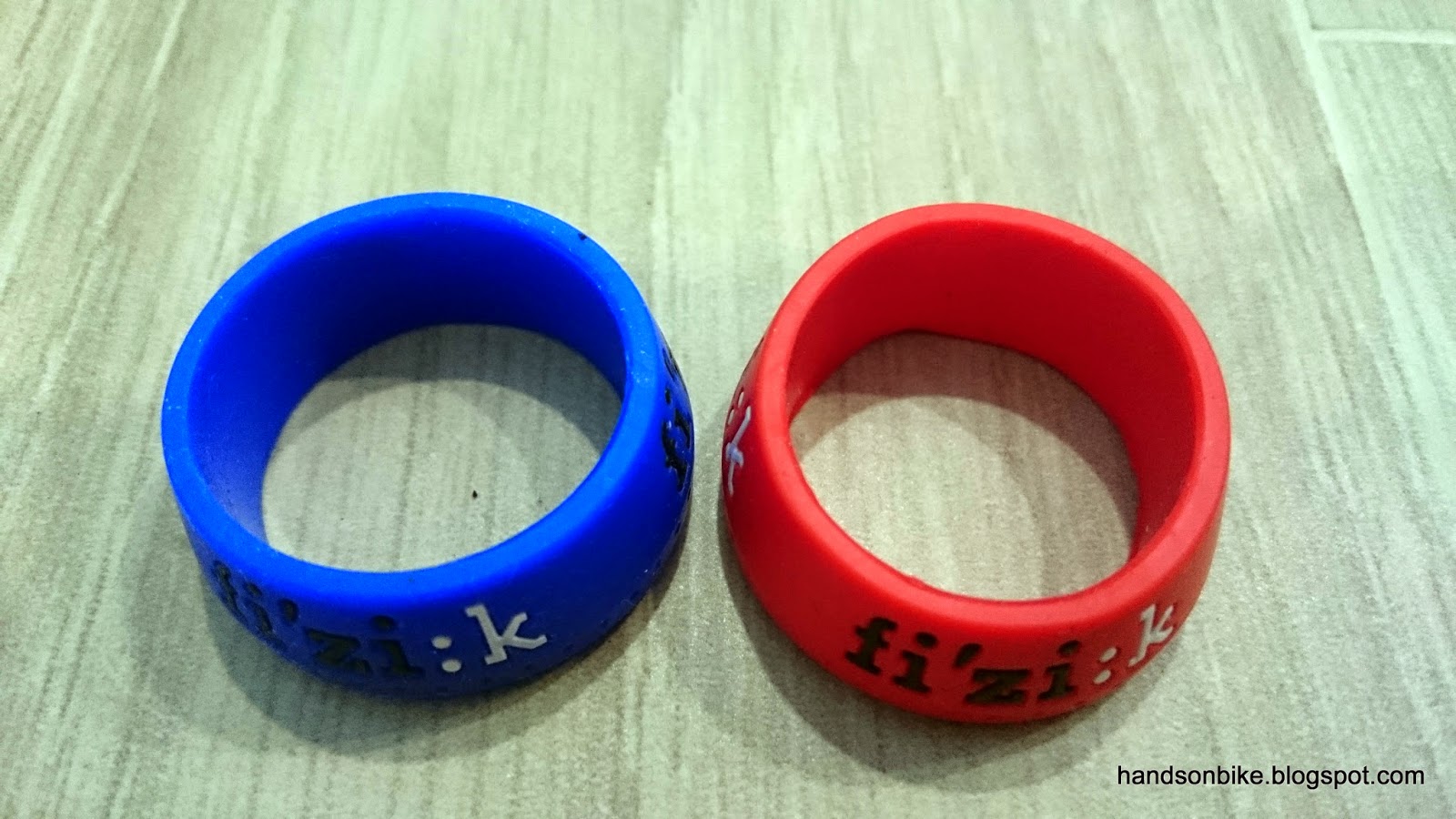 Same diameter as the old blue ring, just in a different colour 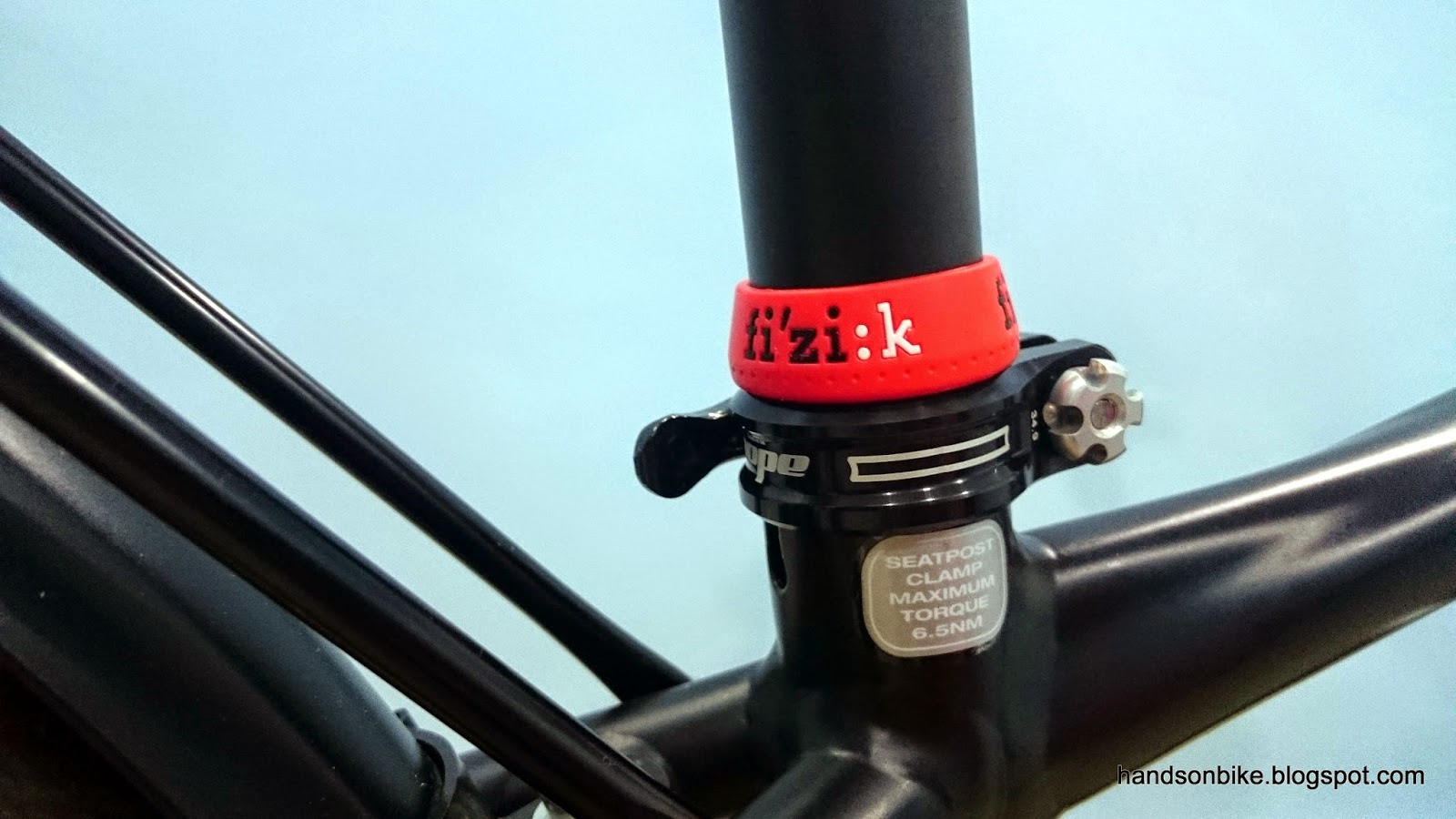 As seen installed on the bike. The red colour stands out nicely against the black frame. 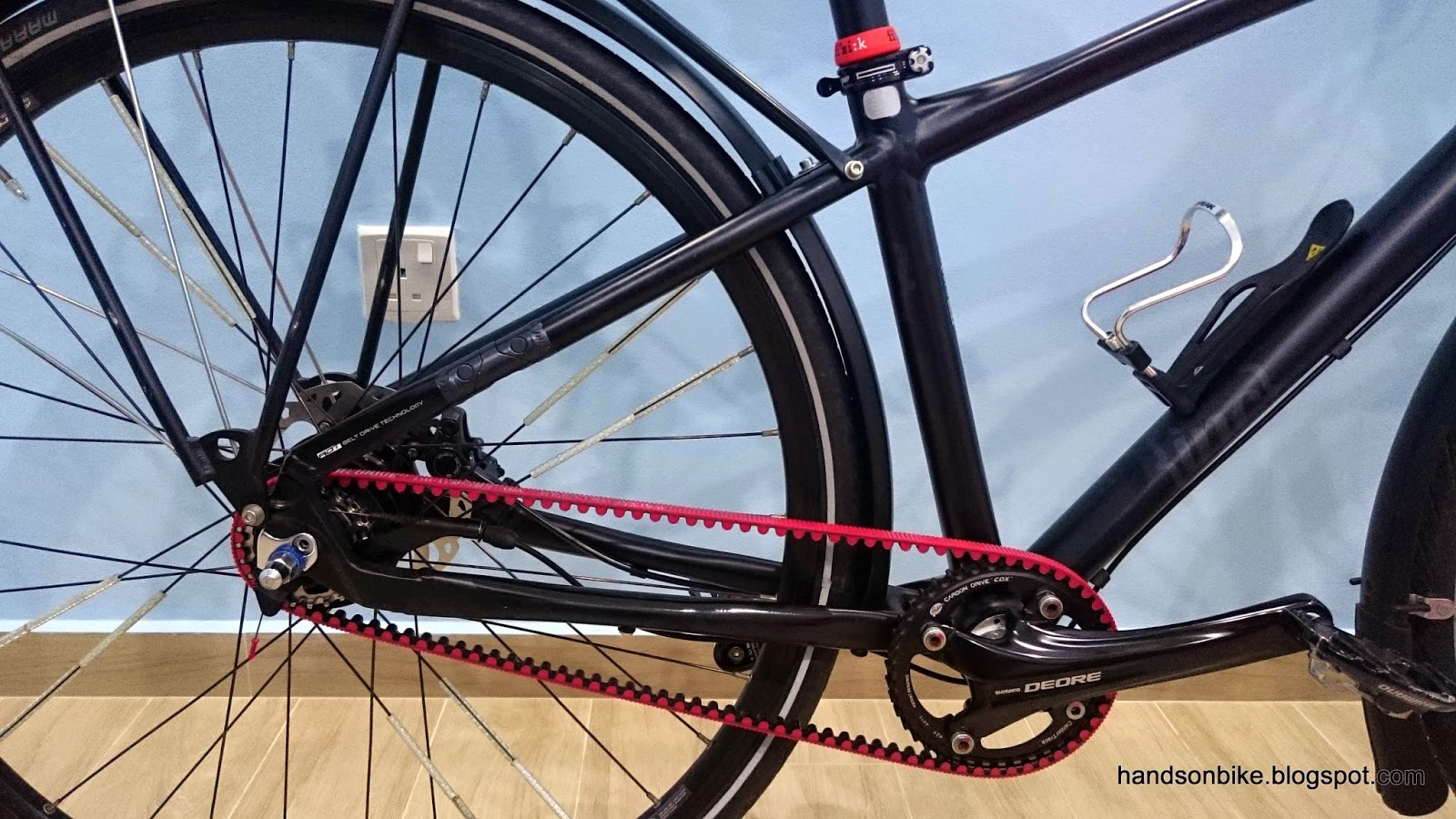 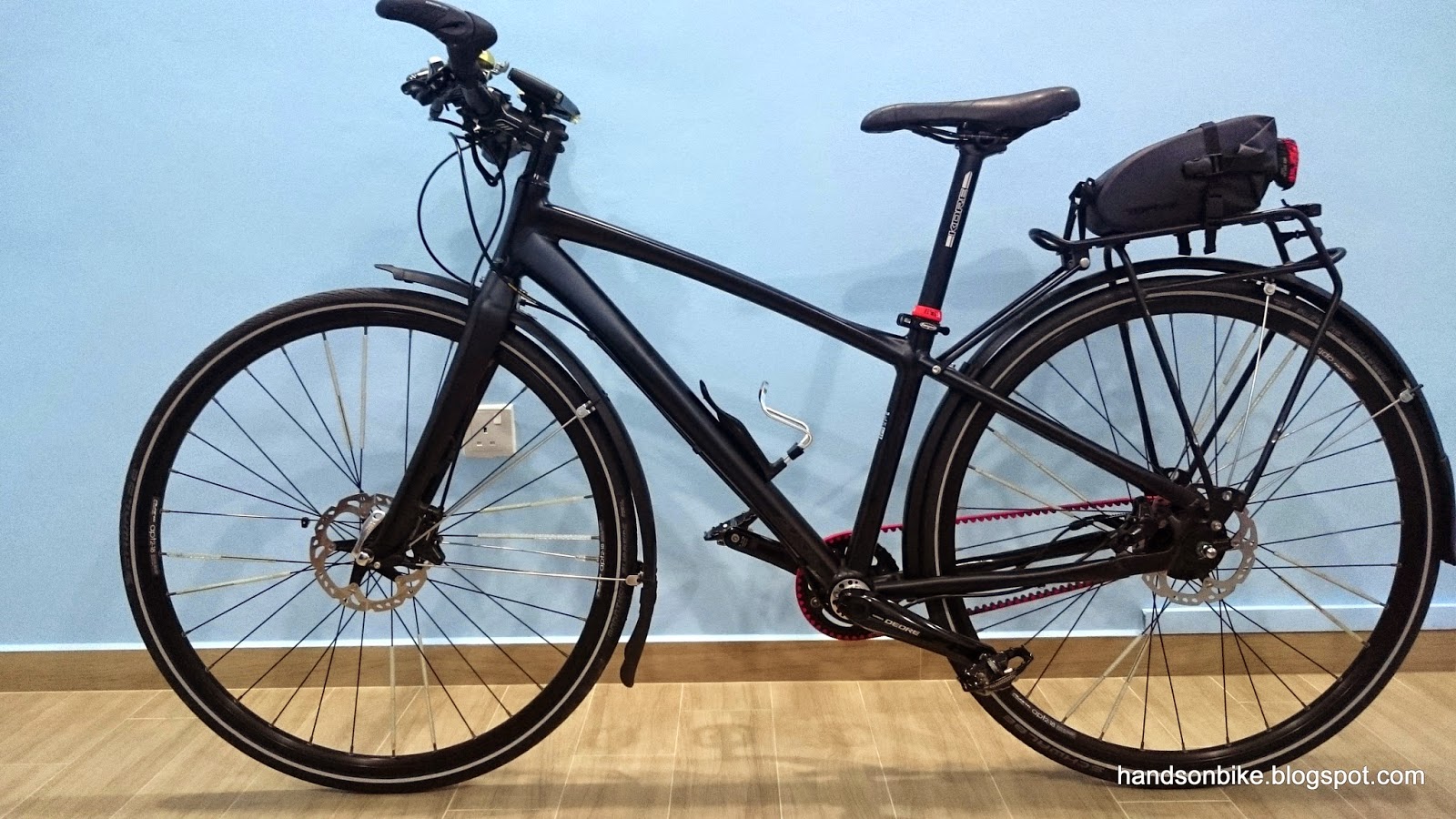 Looks totally like a commuting bike, with fenders and rear rack. Not sleek like road bikes or fierce like off-road bikes, but super practical for commuting. 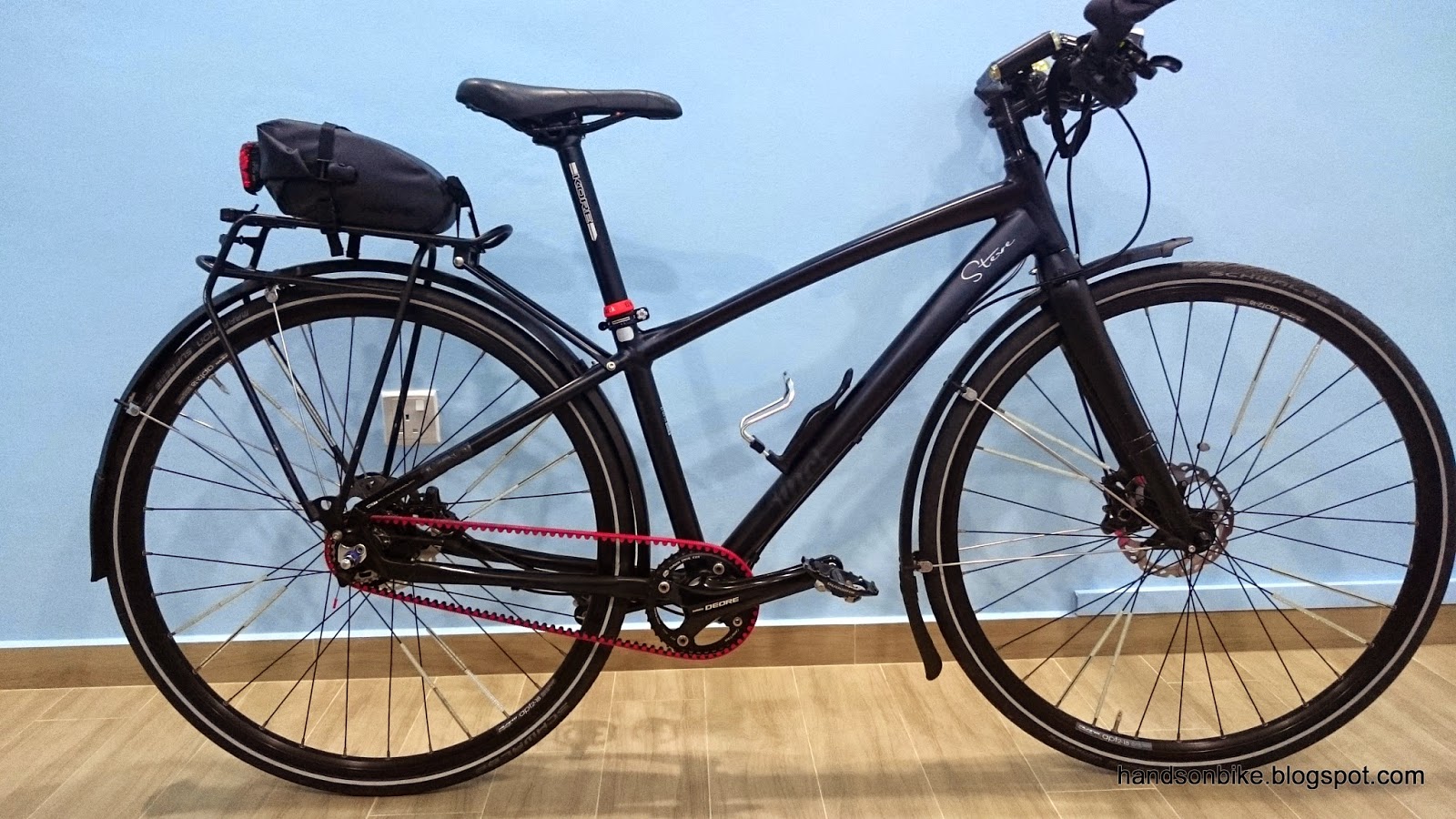 Overall view of the bike with the new red bits!

With an eye catching red coloured belt, it is obvious that this bike is something different. From the previous stealthy all black setup, there are now some red accents on the Avanti Inc 3 that makes the bike look a little more interesting. No performance improvements with the red belt, but it does score some points for design!
at April 22, 2015