However, there are some cases whereby even with the quick release lever opened up, the brake caliper still does not open wide enough for the tire to pass through. This usually happens when the tires are wider than normal, or if the brake pad clearance to the rim is small. In this case, it will be very troublesome to remove the wheel as the tire will need to be deflated and then re-inflated.

Also, with the introduction of the Shimano direct mount road brake calipers, there is no quick release lever on the rear brake caliper which mounts under the bottom bracket. In this case, it is necessary to install a separate quick release if the wheel needs to be removed quickly. 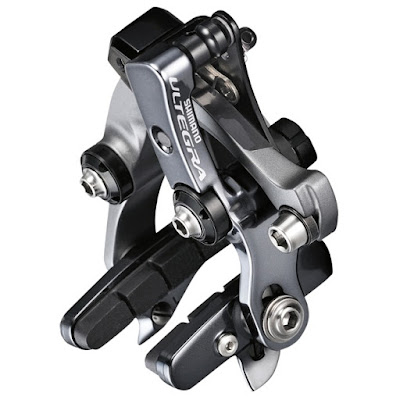 In my case, the front wheel of the Merida Scultura 5000 road bike cannot be removed quickly as the brake caliper does not open up wide enough to clear the 25C Schwalbe One tires on Ultegra 6800 wheels. Curiously, there is no such issue with the rear wheel as it can come out easily when the rear brake caliper is opened. 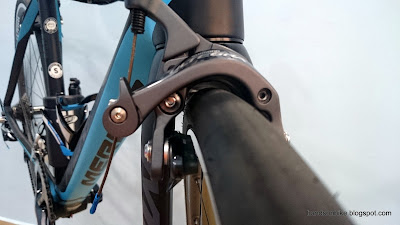 To solve this issue, I decided to install a separate brake caliper adjuster, which is originally designed for use with Direct Mount brakes. This is the Shimano SM-CB90 Brake Cable Adjuster, which opens up to give more slack to the brake cable, allowing the brake pads to open up wider. Note that this device was actually installed before I changed to Dura-Ace brake calipers, hence the Ultegra brake calipers shown in the pictures. 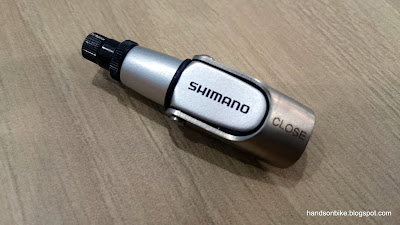 Shimano SM-CB90 Brake Cable Adjuster. Comes with a lever to lock or loosen the brake cable, and also a barrel adjuster. 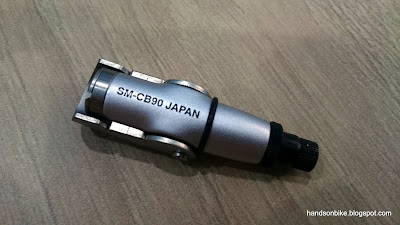 It works by allowing the brake outer casing to move inwards when the lever is opened, creating more slack in the brake cable and thus brake caliper. 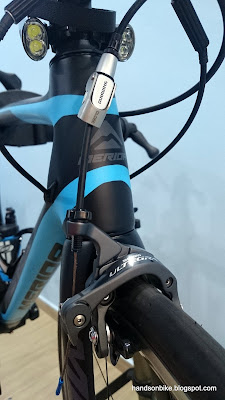 In the locked position, with the lever flipped downwards to lock the brake outer casing at the end for normal operation. 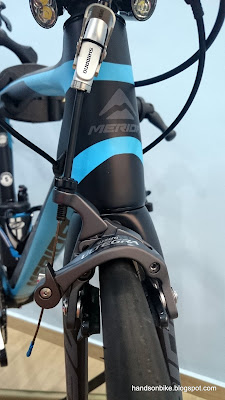 In the opened position, with the lever flipped upwards to give some slack to the brake inner cable. The quick release lever on the brake caliper is also opened up. Now there is sufficient clearance between the tire and brake pads!

By opening up both the quick release on the brake caliper and also the lever on the brake cable adjuster, the total slack in the brake cable is sufficient for the front wheel to be removed easily. Installation of this device is quick and easy, and it makes it more convenient to remove the wheel during transportation of the bike.

It does not really affect the braking feeling as it is very rigid, and acts just like another section of outer casing. During installation, it is necessary to find a suitable section of the outer casing to install on, for convenient usage and also to prevent the device from hitting and scratching the frame over bumpy roads.
at March 01, 2016