In the previous post, the Bushnell Eccentric BB was used to replace the stock eccentric BB on the Avanti Inc 3. This changed the BB width from 73mm to 68mm, allowing the use of a road crankset.

The smallest 5 arm, 130mm BCD front sprocket from Gates is 46T. This is smaller than the stock 50T, but still larger than the 42T that I was previously using. Together with the 28T Alfine Di2 rear sprocket, the gear ratio will be changed again. 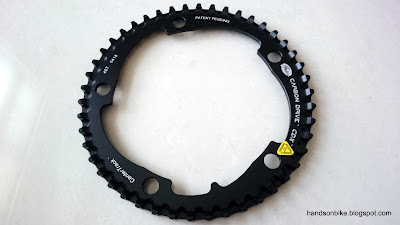 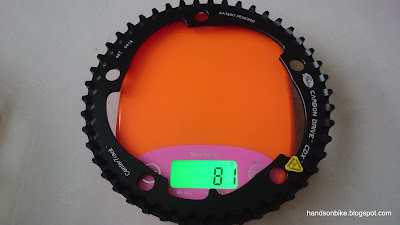 The road 5 arm cranksets that I can choose from are the Ultegra 6700 (on Dahon MuEX), and Dura-Ace 7900 (removed from Merida Scultura 5000). In order to maintain a full Ultegra 6700/6770 groupset on the Dahon MuEX, I decided to use the Dura-Ace 7900 crankset on the Avanti Inc 3. Only the crankarms will be used, while the chain rings will be removed.

Since the Alfine 11 Di2 hub has a blue accent line running around the hub shell, I was thinking if I should use some blue chain ring bolts to match that. 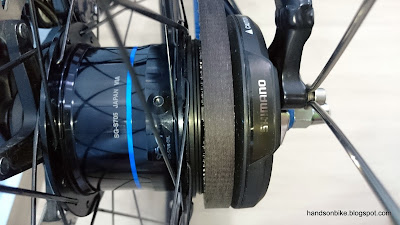 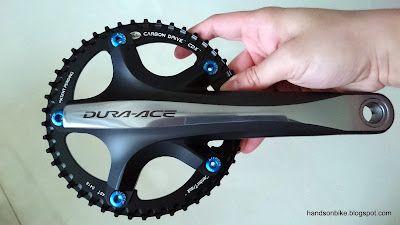 Blue chain ring bolts. However, too many colours on the crank arm (blue, black, dark grey, silver) makes it difficult to showcase the beauty of the Dura-Ace crankset. 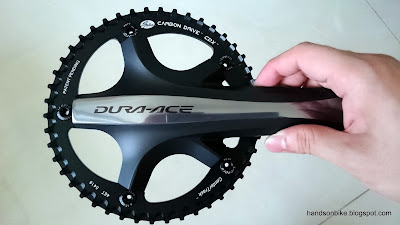 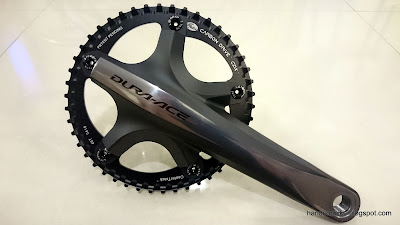 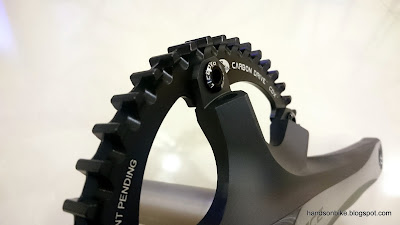 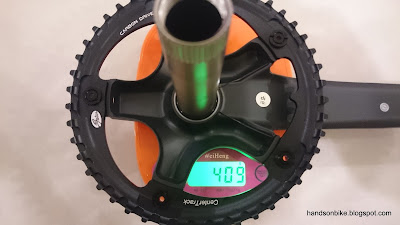 409 grams for right side crankarm plus 46T Gates front sprocket 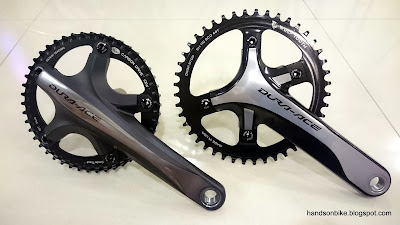 A comparison picture of the front single sprockets. Crankarm on the left will be installed on the Avanti Inc 3, while the Dura-Ace 9000 crankarm + Wolf Tooth chain ring on the right has already been installed on the Wheelsport Fantasy mini velo.

Next, due to the change in sprocket size, a new longer Gates belt is required. I have no choice but to order a new belt. 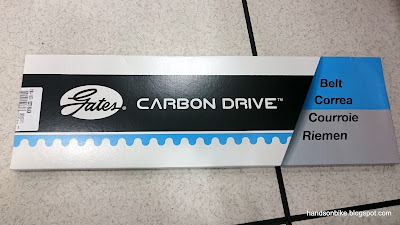 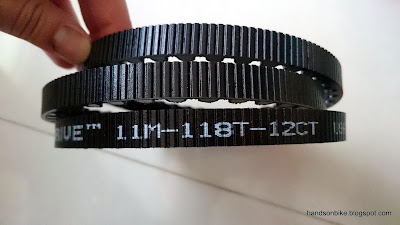 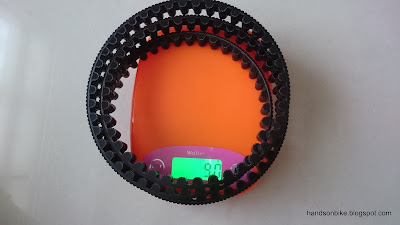 With all the components gathered, the next step is to install all of them on the Avanti Inc 3. This modification will allow the use of a road crankset, which will have a narrower Q factor for more comfortable pedaling. This is quite a lot of work and modification required just to change the Q factor! To be continued...