Time to assemble the new components onto the Avanti Inc 3 bike! The new components are the Bushnell eccentric BB, the Dura-Ace 7900 crankset, the 46T Gates front sprocket and 118T Gates belt.

After I had changed to Alfine 11 Di2, the chain line has been moved inwards. Now, since the crankset will be changed, I will need to ensure that the chain line is maintained more or less the same. To make the job easier, I checked the clearance between the right side chain stay and the 42T Gates front sprocket, while still using the Deore crankset. The final clearance should be around this value after changing to road crankset and 46T front sprocket. 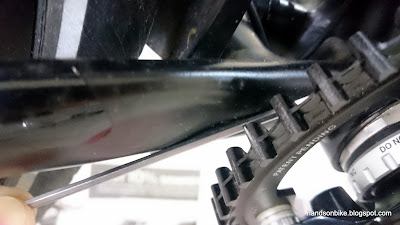 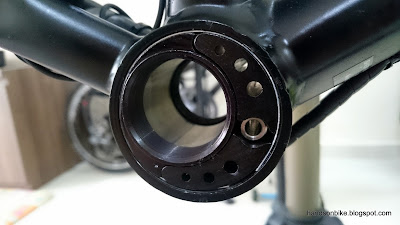 Bushnell eccentric BB installed, with the shim visible around it 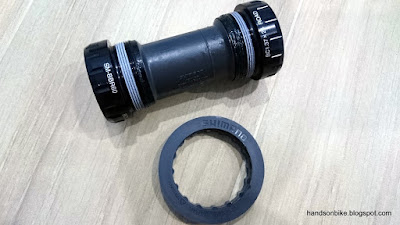 A road BB should be used since the width is 68mm and a road crankset is used. Shown here is the SM-BBR60 bottom bracket. 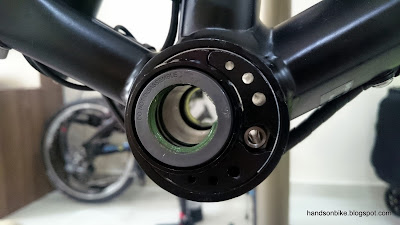 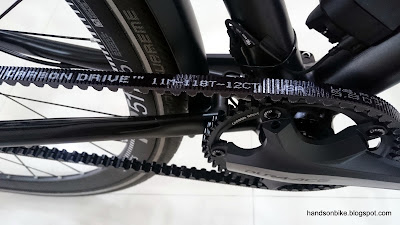 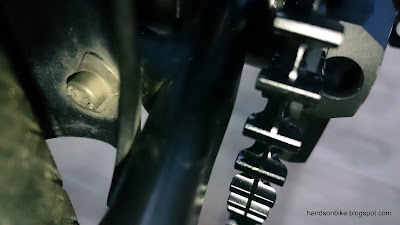 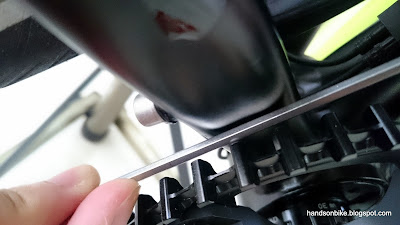 This clearance is measured to be about 3.5mm. Chain line is straight. 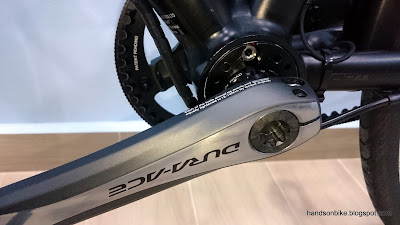 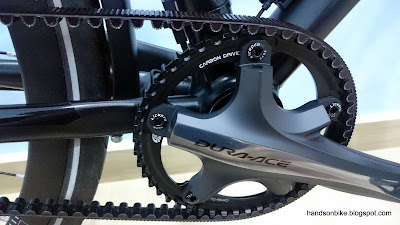 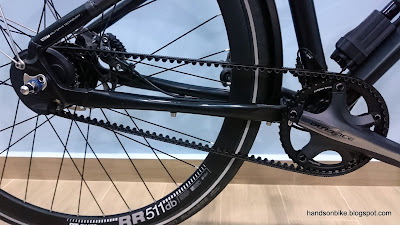 Final picture of the Gates drivetrain 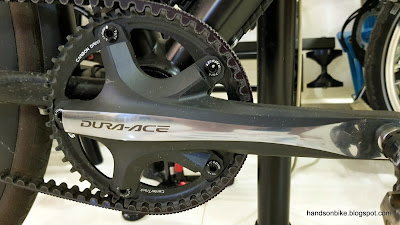 The crankset after some wet weather usage

The modification has been completed, and the Q factor has been reduced from 182mm to 146mm. This means a Q factor reduction of 36mm which makes a big difference in pedaling feeling and comfort.

At the same time, the gear ratio has been adjusted due to the changes in sprocket sizes. With the 46T front sprocket and a 28T rear sprocket, the gear ratios of the latest Alfine 11 setup can be seen below. On the Alfine 11, the lowest gear, Gear 1 has a big 29.2% difference from Gear 2, which some people like while some people don't. I personally don't mind having this big step, as it gives an extra low gear for climbing. 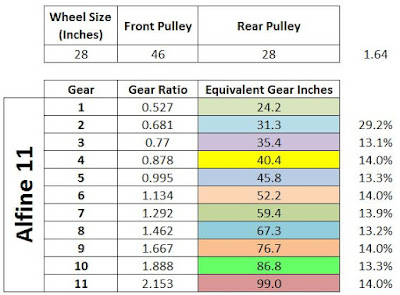 With that, the objective to reduce the Q factor has been achieved. At the same time, the adjusted gear ratios means that most gears will be used most of the time, with a top and bottom gear reserved for slope riding.