Instead of having 2 discrete set of 3 gears (such as a front double with rear triple setup) for a total of 6 gears, the 6 speed Brompton has a wide ratio 3 speed internal hub, which gives large jumps in gear ratios when shifting the rear hub. The left side shifter (that controls the 2 speed derailleur) then compensates to give a higher or lower overall gear ratio.

The gear ratios of all stock Brompton setups. I have a 6 speed -12% setup on my Brompton.

Since there is no gear indicator on the shifters, I decided to create my own by sticking labels onto the shifters. What is required is just a label printer and a set of white-on-black labels. 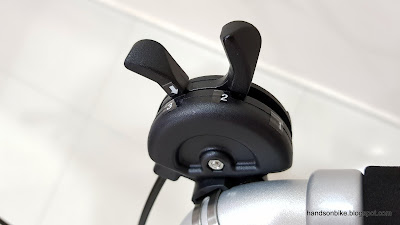 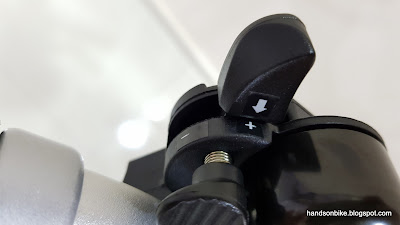 After testing it out, I found that an easier way to remember the gears is to think of it another way. Instead of thinking of it as 2 sets of 3 speeds (like on road bikes), a better way is to think of it as 3 speeds, with each of the 3 speeds having a low (-) or high (+) setting.

By remembering the 6 gears in this way, it is much easier to understand. I first select 1 out of 3 speeds using the rear shifter. Then, I adjust it to be lighter or heavier by shifting the left shifter to - or + respectively.

With this method, I no longer get confused as to how to shift up or down.

Next, in order to improve visibility, I decided to upsize the labels on the shifters, so that the numbers and signs are larger and clearer. 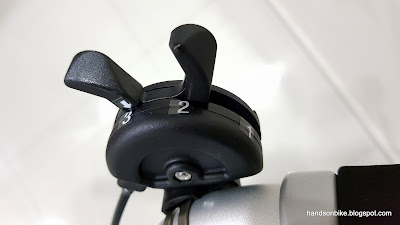 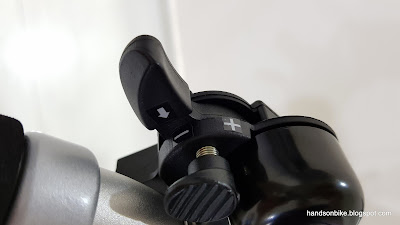 With this, the DIY gear indication is completed! It is now easy to switch gears without getting confused.