For a Brompton, one of the main advantage over other folding bikes is the ability to roll the bike easily when folded. The ability to roll the folded bike eliminates the need to carry a heavy bike when moving through the MRT station or into a shopping mall. This is especially important for a bike such as the Brompton, as the steel frame makes it heavier than many other folding bikes of equivalent specifications.

The "R" in the model type M6R refers to the inclusion of the rear rack, which has two more Eazy wheels (in addition to the two on the rear triangle), giving a total of four Eazy wheels for stable and easy rolling. The stock Eazy wheels (as the rolling wheels are called) seem to be made of a rubber outer ring fitted onto a plastic center core, which is then fixed to the frame or rear rack using a bushing type construction.

This bushing type construction is simple and cheap, but tends to have more friction when under rolling under load. There are many different types of aftermarket Eazy wheels for Bromptons, all of which claim to offer smoother rolling and better appearance. In the end, the main deciding factor is the appearance of the Eazy wheels. 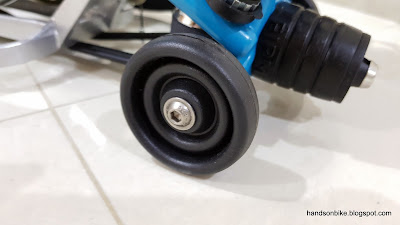 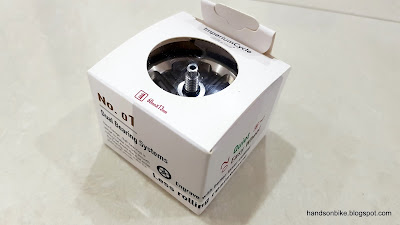 New Eazy wheels by Imperium Cycle. Uses sealed bearings which should be smoother than using bushings. 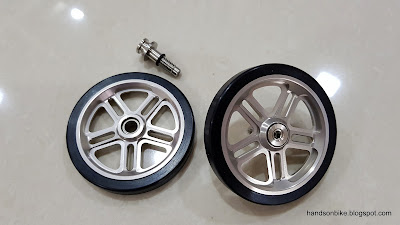 The wheels are sold in pairs. What I like about these set of wheels is the silver 5 arm design. 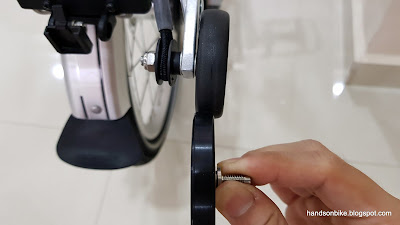 Comparing the width to the stock Eazy wheels, they are narrower by about one-third, which will be good for more heel clearance during pedaling. 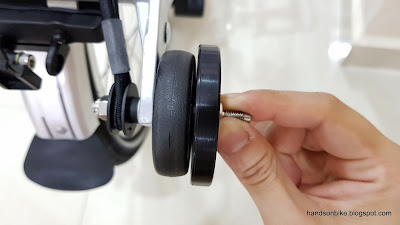 As for the diameter, the new wheels are a bit larger. 60mm diameter vs the stock wheels which are 54mm in diameter. This will create an additional ground clearance of about 3mm. 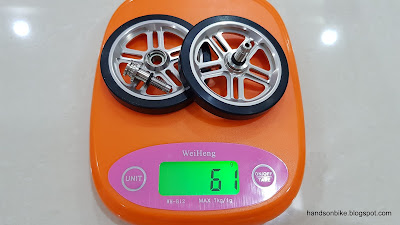 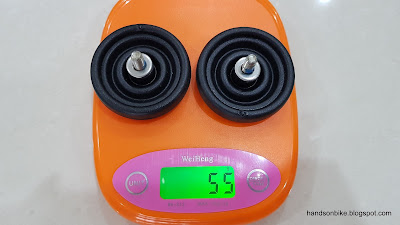 ...while the stock plastic wheels are a bit lighter at 55 grams. 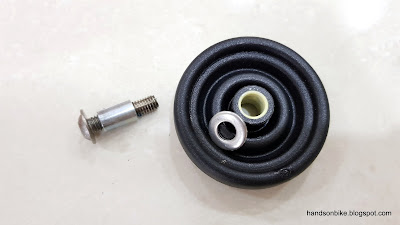 Stock Brompton Eazy wheels have just a bolt, a bush and a washer through the center of the wheel. 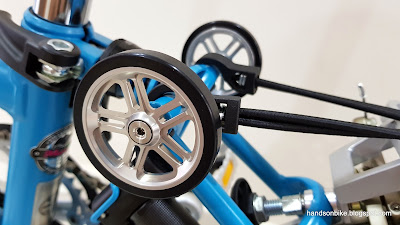 New Eazy wheels installed onto the rear triangle! Installation is easy, as it is just a matter of removing the original ones and screwing in the new ones. 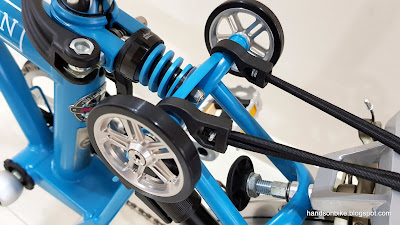 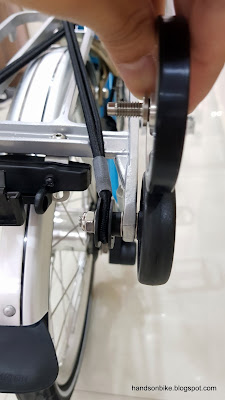 Comparing the bolt length. New bolt is much shorter than the original bolt on the rear rack, which also holds the roller for the bungee cord. 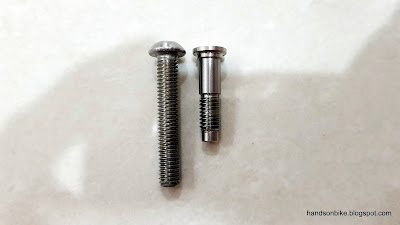 New bolt is about 10mm shorter than the original bolt.

Since the new bolt is shorter, it means that the bungee cord cannot be attached to the roller on the bolt any more. I tried using a generic M6 bolt to replace the bolt from Imperium Cycle, but it does not work as the diameter of the bolt head needs to be of a specific diameter to avoid pressing on the sealed bearing in the wrong place. If the wrong bolt head size is used, it just jams up the whole Eazy wheel. Therefore, I have no choice but to use the shorter bolt for the new Eazy wheel. 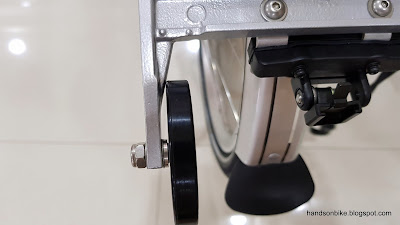 As the new Eazy wheel is slightly larger, it will touch the rear rack. A washer is needed to create clearance between the wheel and the rear rack. 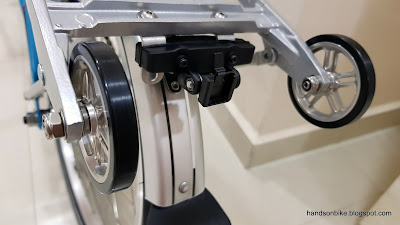 With both Eazy wheels installed on the rear rack! Note that both wheels are supposed to be installed to the right side of the rack mounting. 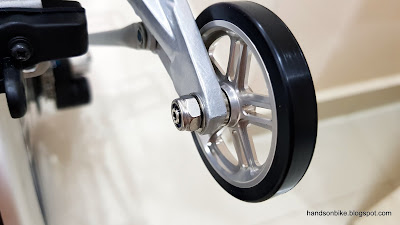 Close up look of the bolt and the nylon locknut. The bolt is barely long enough to cover the locknut. 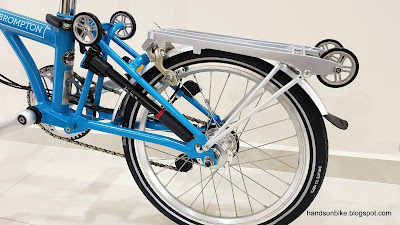 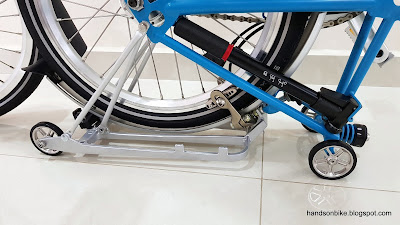 How it looks when the rear triangle is folded down 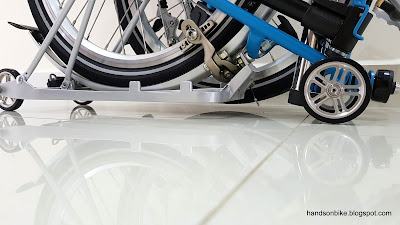 Just a bit more clearance between the rear rack and the ground, due to the larger Eazy wheels. 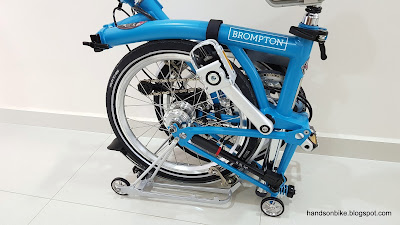 Brompton fully folded. The silver wheels seem to fit the overall look of the bike quite well. 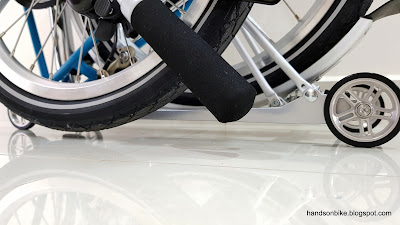 Clearance with the stock foam grips. Just a bit more clearance than the stock condition.