Tyrell IVE - Geometry and Folding Comparison with Brompton and Dahon

In the first part of this Tyrell IVE review, the overall bike features were shown, followed by the second part which studied the folding mechanism in detail.

In my case, I did not resort to more precise measurements such as using a measuring tape to check the actual dimensions. It is more of a rough gauge by eye, to see if there are discernible differences. If I cannot find a difference by looking at it, then it is probably not different enough to be felt.

Starting with the 20 inch Dahon MuEX, which is equipped with 406 sized wheels, let's compare the bike geometry and the folded size with the Tyrell IVE. 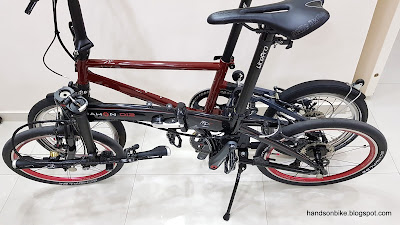 Putting the bikes side by side first... 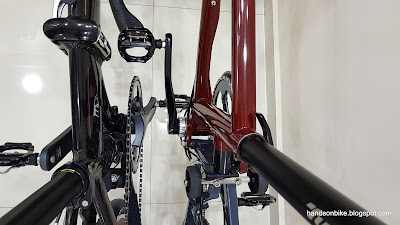 As always, I align the centreline of the bottom bracket to each other as this is the datum for the whole bike. 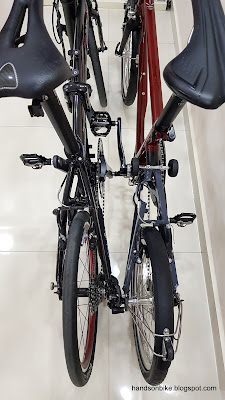 Rear end of the bike (at tire circumference) is almost the same, despite the difference in wheel size. 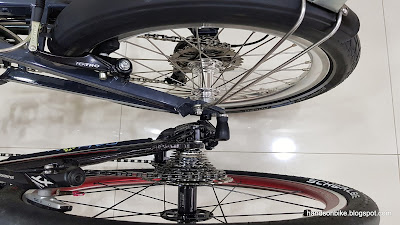 As the Tyrell IVE has a longer chainstay, the rear hub axle is further back from the bottom bracket compared to the Dahon, which results in the rear length being similar even though the wheel is smaller in diameter. 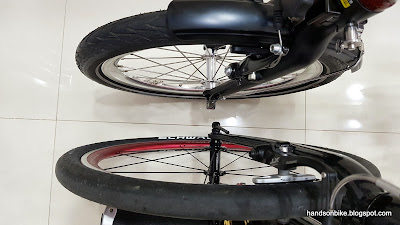 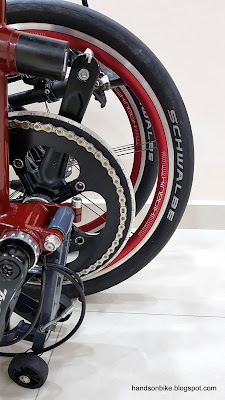 When folded, the Dahon is longer, as the 20 inch wheel sticks out more. The other end of the folded package is aligned for a fair comparison. 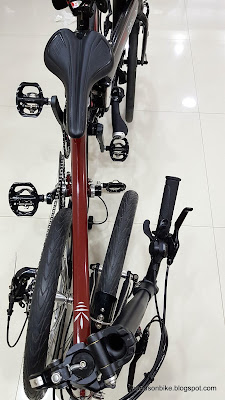 The Tyrell IVE has a wider folded package, as the handlepost folds outwards instead of inwards like on the Dahon. 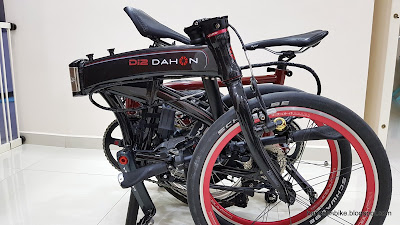 Overall height of the Dahon is taller, mainly caused by the saddle sticking out on top.

Moving on to the Brompton, let's do the same thing and compare the geometry and folded size. At the end of this post, I will summarize everything and draw a conclusion. 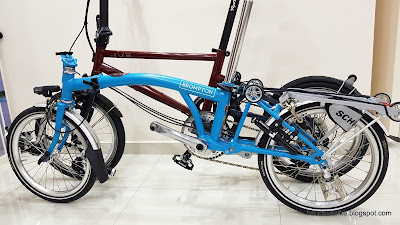 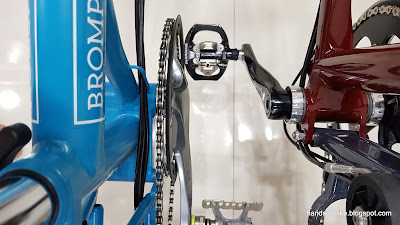 Once again, align the centreline of the bottom bracket before doing any more comparison. 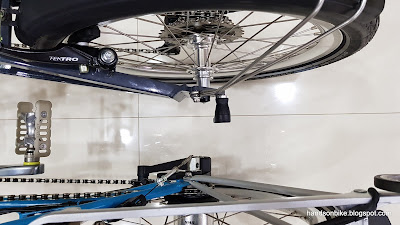 Tyrell IVE has a longer chainstay length compared to the Brompton, with an additional 20mm (estimated). 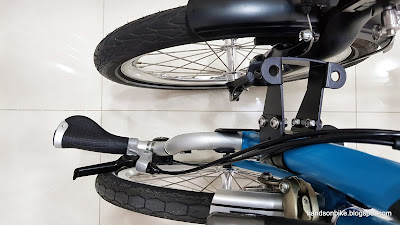 Can't really see it clearly here, but the front hub is at about the same position. 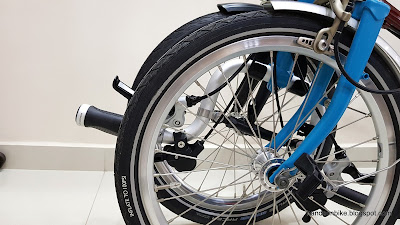 With the front hub in the same position, and the wheel sizes being similar (349 for Brompton vs 355 for Tyrell IVE), the front edge of the tire is at the same distance from the bottom bracket. 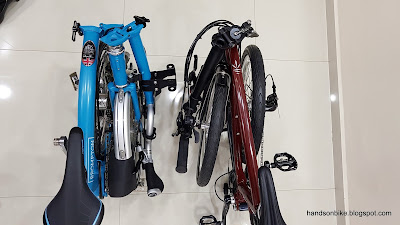 Comparing the folded appearance, the Brompton obviously looks neater, with no slanted angles like on the Tyrell IVE. 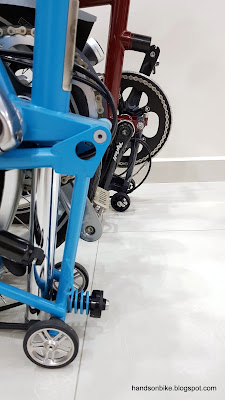 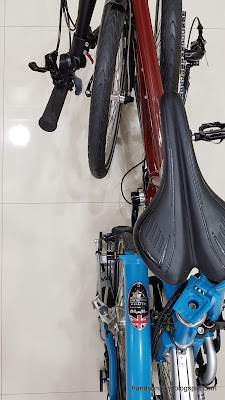 For folded width, the Tyrell IVE is much wider, as both the handlebar and front wheel sticks out quite a bit. 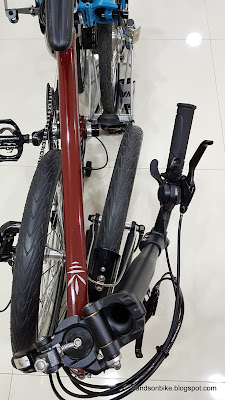 Another view of the folded width comparison 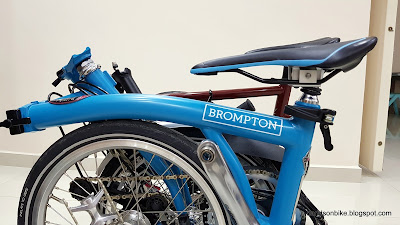 As for the folded height, the Brompton and Tyrell IVE have the same height, with the saddle being the highest point.

In summary, the Tyrell IVE has a surprisingly long wheelbase, which corresponds to the stability that I feel when riding it at higher speeds.

As for the folded size, the Tyrell IVE is shorter and lower than the Dahon, but wider due to its more clumsy fold. The Brompton comes out the champion again for having the most compact fold.

If you absolutely need the most compact fold, the Brompton is the choice to get. However, if you don't need the most compact fold, the Tyrell IVE is a good choice as it is cheaper than the Brompton, given the same spec (9 speeds vs 6 speeds on Brompton), is slightly more lightweight (11.5kg vs 12.3kg), but folds slightly larger. There are also other pros and cons, such as shifting, braking, which will be elaborated on in the next post.

From this comparison, you will be able to find the folding bike that best suits your needs, in terms of folded size.

For the final part of the review, I will share my opinion on the ride quality and other aspects of the Tyrell IVE.
at May 24, 2018