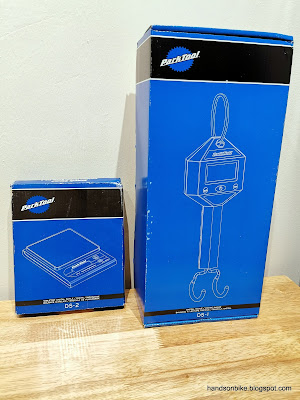 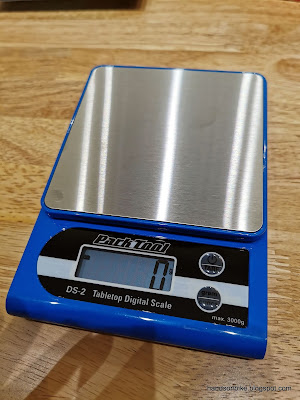 This is the DS-2 tabletop digital scale, which looks good and works well. The readings are consistent and accurate, when compared with another calibrated scale. 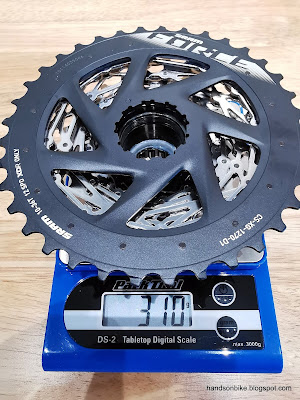 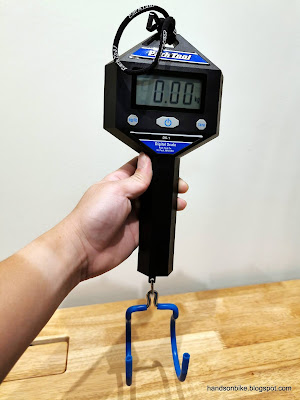 The DS-1 Digital Scale is huge! It is much bigger than I expected. 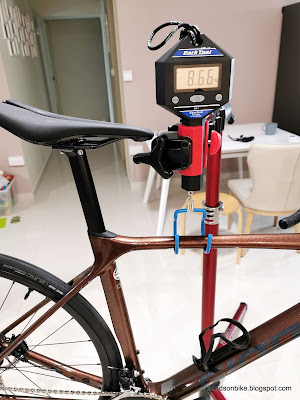 The long shaft is for clamping it in a workstand, for weighing whole bikes.
However, there are some issues with this large DS-1 weighing scale. For a start, if I use it by just holding the weighing scale by hand, the readings are very inconsistent. Every time I weigh the bike, it will give a different reading that can differ by more than 0.1 kg, which is quite bad. Once I clamp it in a workstand, the readings become much more consistent.
Another issue is the shape of the blue rubber coated hooks. They are only good for standard tube shapes, but not flexible enough for many folding bike frames. If you are weighing a full sized bike with a normal top tube as shown above, it is fine. However, if you try to use it on a non-standard frame shape, or on the saddle rails, it does not work. In fact, the luggage scale with the strap works better for less-standard shapes. 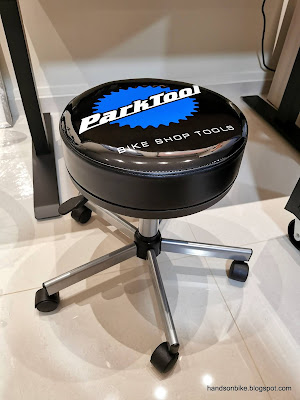 Park Tool STL-2 Rolling Shop Stool
The next Park Tool item is the rolling shop stool. I tried to find cheaper, but decent quality ones, but they are surprisingly hard to find. I bought a relatively cheap version from Taobao, which took a month to ship over. But the quality was terrible, in terms of the welding and the material. I could not get a refund for it, and I literally disposed of it as the quality was so bad. That is why I still ended up getting a Park Tool rolling shop stool. 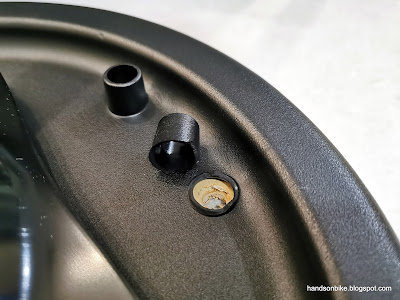 There was a broken plastic part at the bottom of the seat, due to shipping damage.
After checking with Park Tool, I was told that this broken plastic piece is just a breather tube to let air escape from the cushion when you sit on it. Even if it is broken, it does not affect the function.
Other than this, the rolling shop stool is of good quality. The metal finishing and welding is good, as well as the very comfortable cushioned seat. The seat rotates and rolls well.
Out of these three Park Tool items, I would recommend getting the DS-2 Tabletop Digital Scale and the STL-2 Rolling Shop Stool, if you need something of better quality.
As for the DS-1 Digital Scale, I just find it too big in size. Also, it does not give consistent readings even when I hold it in my hand steadily, which is how I use it most of the time. The shape of the hooks are also too inflexible for a wide range of tube shapes. I would recommend just getting a good luggage scale instead. 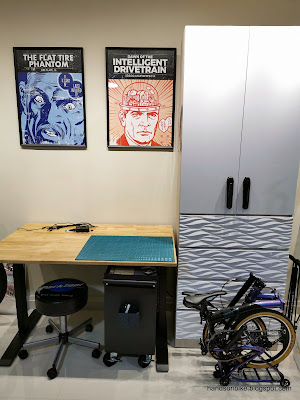 Final work area setup, with the storage cabinet just beside for convenience. 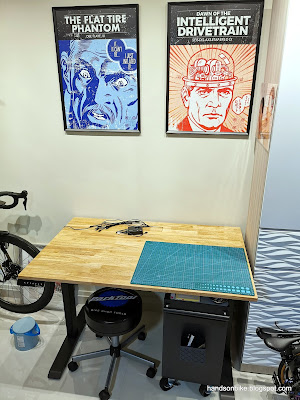 Park Tool stool is stored under the workbench, together with the mobile tool cabinet to save space when not in use.
at September 26, 2021