Sometimes, an upgrade is just about making use of spare parts that you have lying around. Remember the time when I detected a broken faceplate on the stem of my Dahon Boardwalk? I managed to find a replacement faceplate from a PRO stem, which allowed me to continue using the stem. 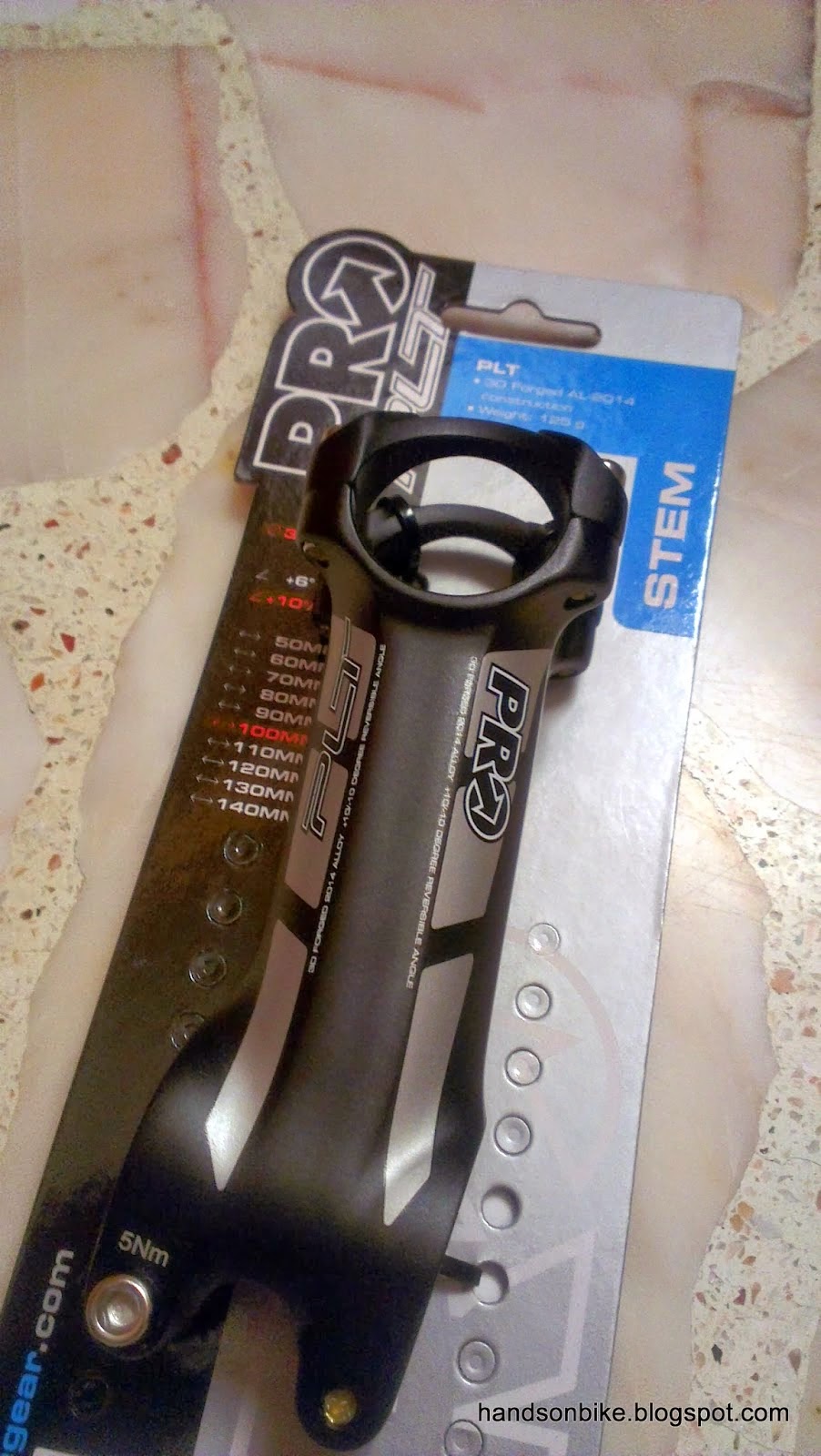 100mm long, 31.8mm clamp diameter PRO PLT Stem with a 10 degree rise/drop, depending on which way you install it. 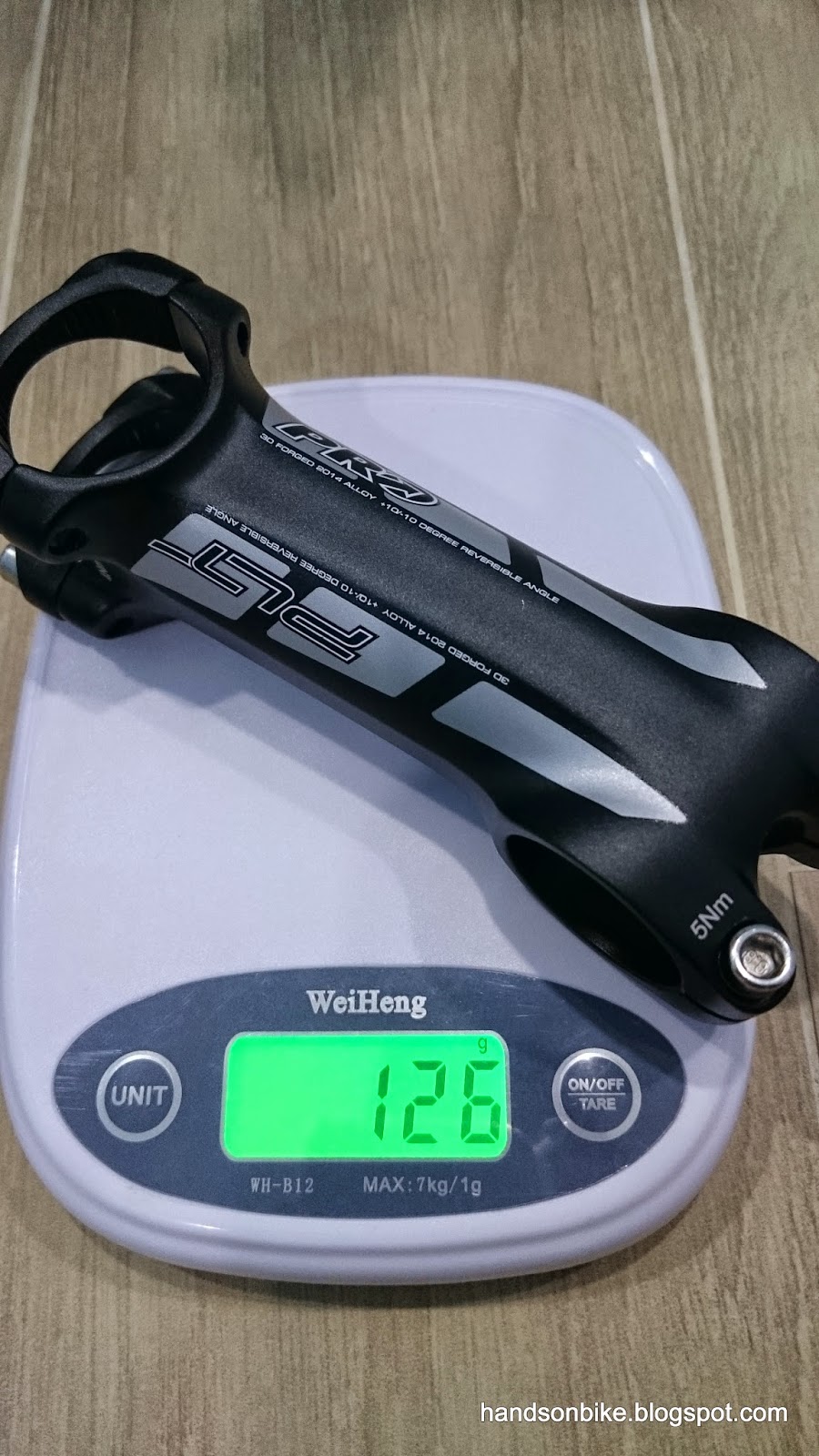 This stem weighs a healthy 126 grams which is really good. 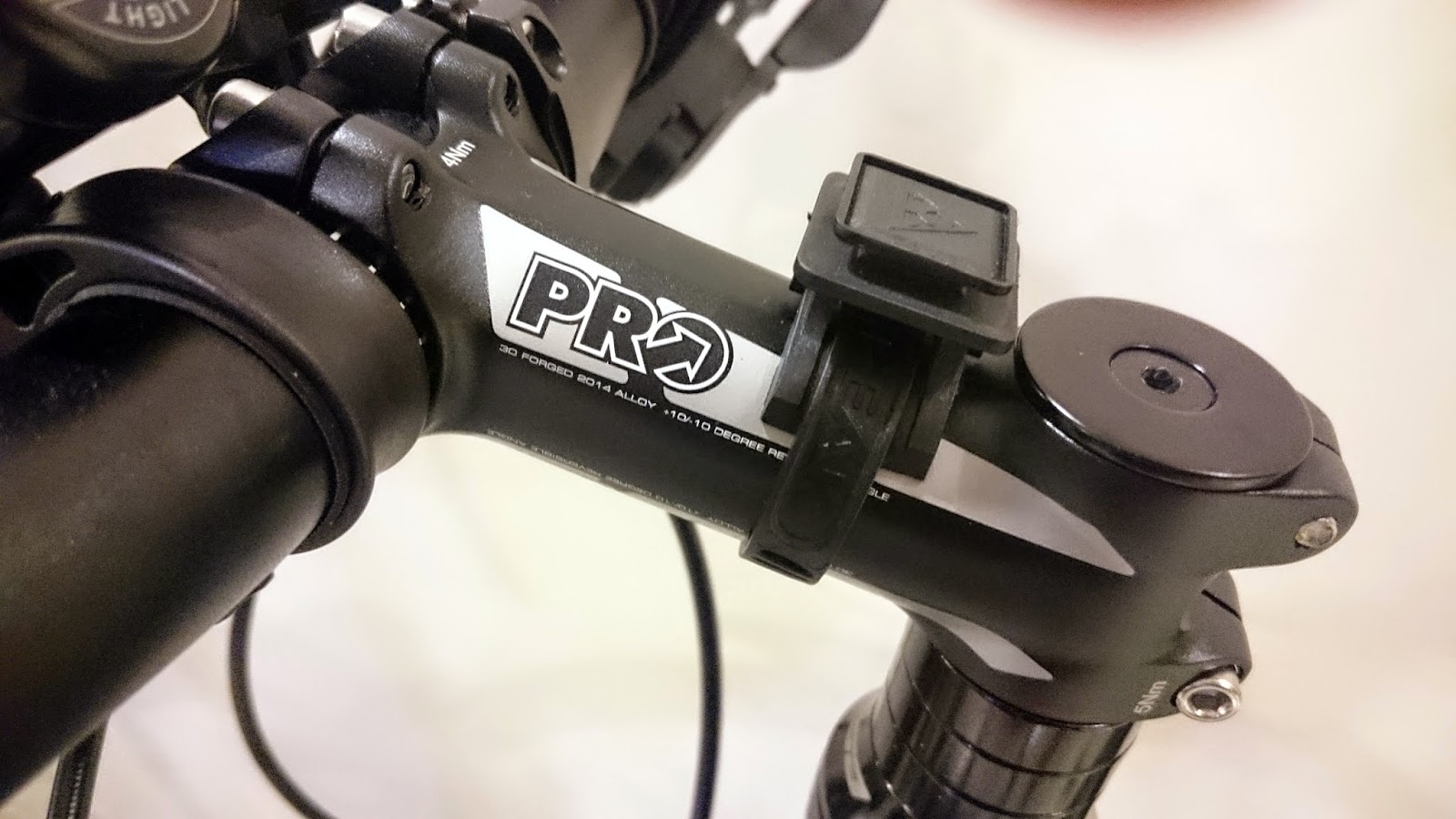 Installing the stem is quite easy, as the open design of the faceplate means that the handlebar can be swapped in without too much trouble. Shown here on the stem is also the clip for the Topeak Smartphone DryBag. 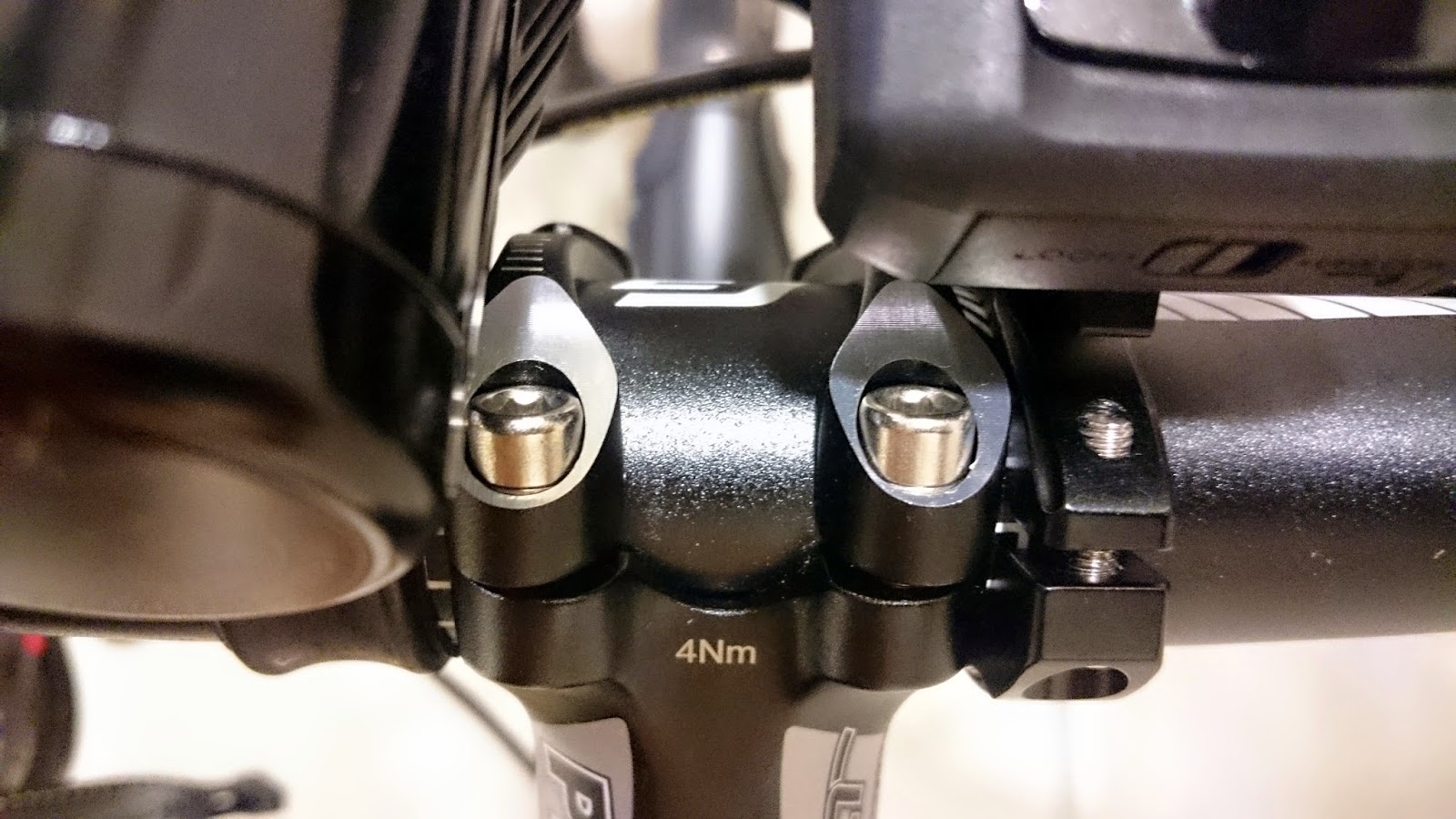 The two pieces of faceplate that was previously used with the Dahon stem is now back on the original PRO stem.

Other than the stem upgrade, I also changed to a new pair of Ergon grips. My previous Ergon grips have a lot of scratches at the bar ends, as the bike has fallen over a few times. However, that is not the reason for me to change the grips.

The reason is because I am unable to clamp the bar end properly onto the handlebar. Even though I have tightened the clamp bolt on the bar end to the maximum, such that the clamp faces are already touching each other, the bar end will still rotate on the handlebar. I have checked that the handlebar is already inserted fully into the grip, but it is still not clamping properly. Not sure why is this the case, but since this is a safety issue, it is best to change it out. 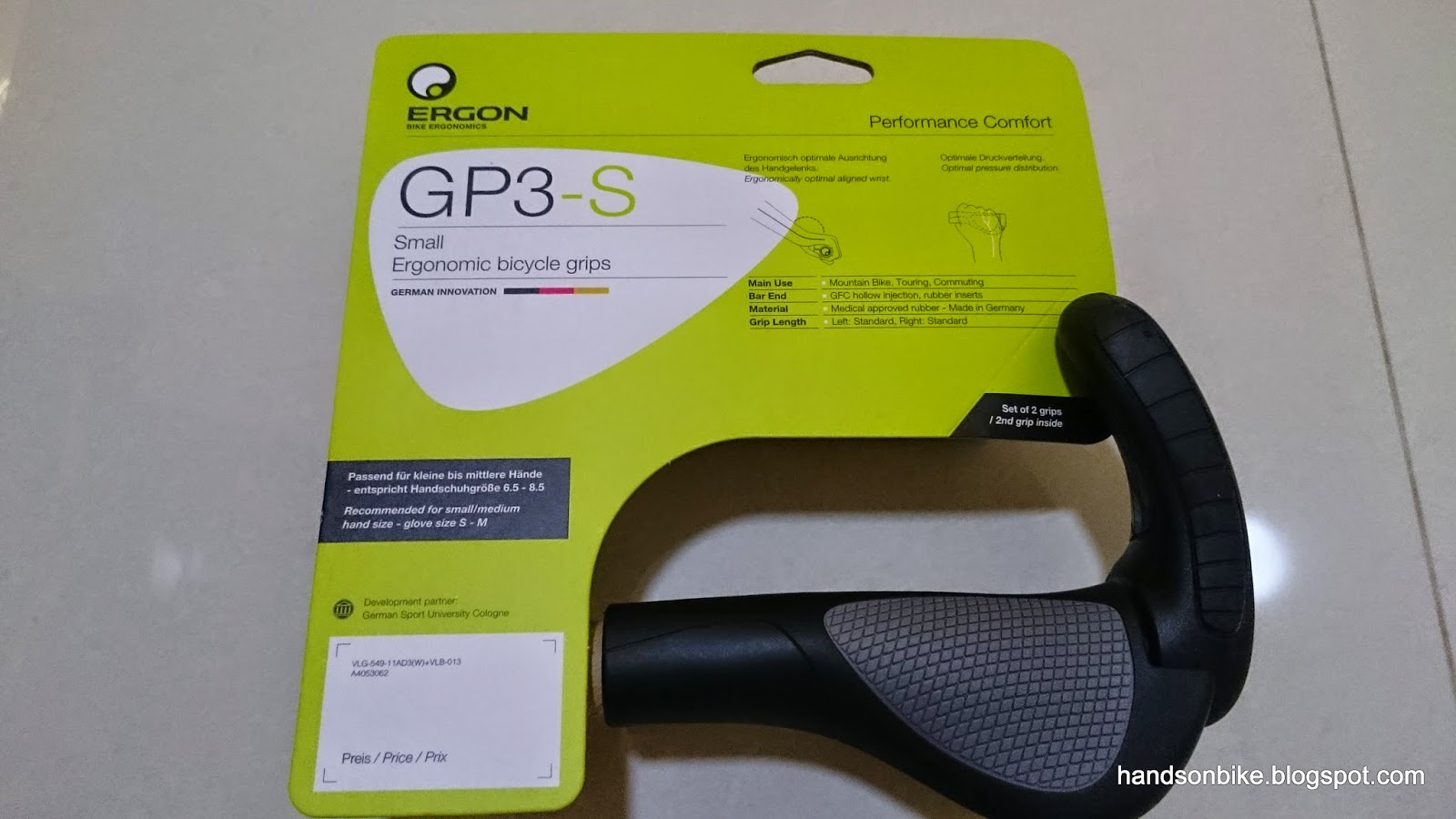 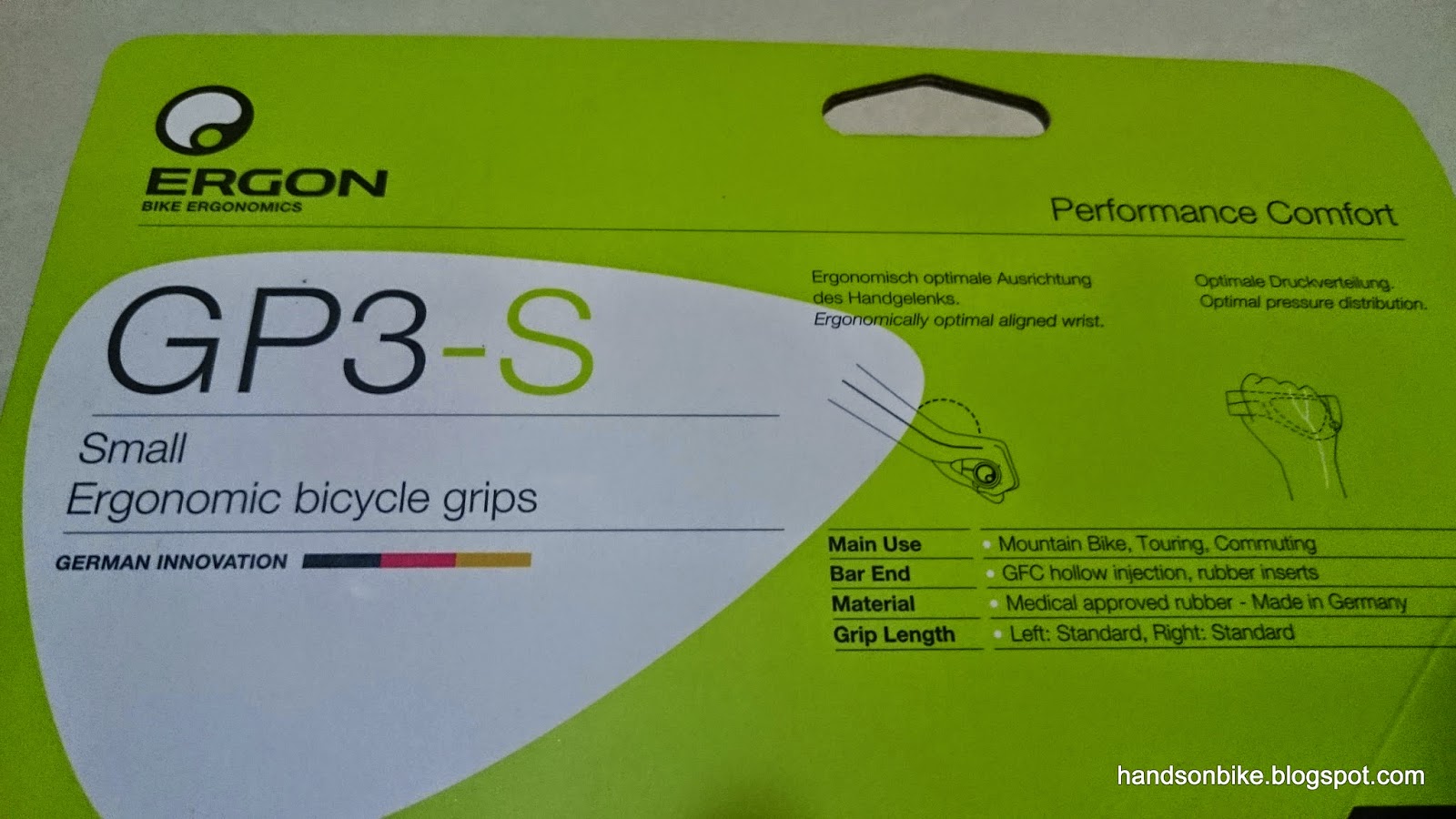 This is the small sized grip which is suitable for me. The large sized grip will be too big for my hands. 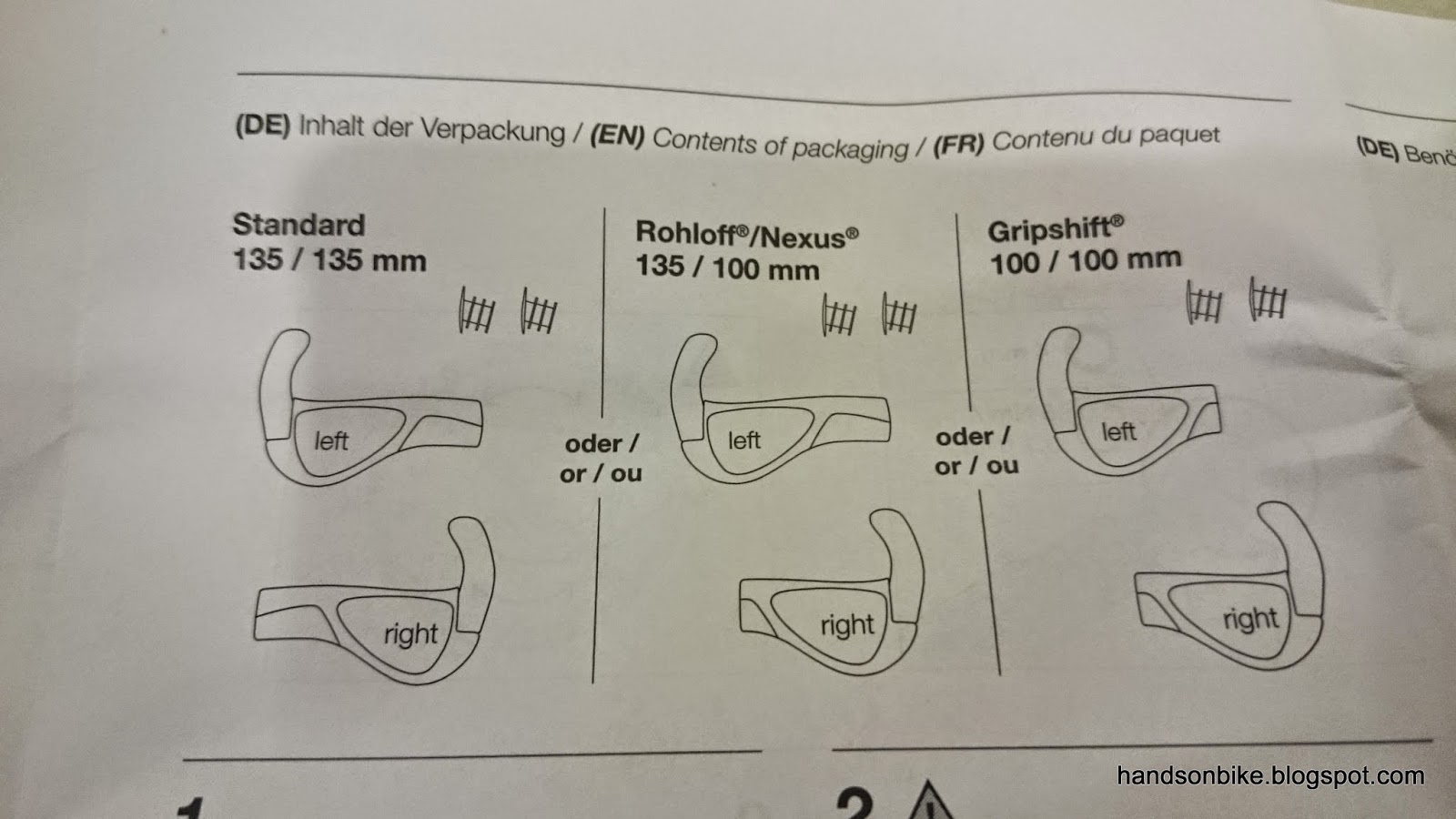 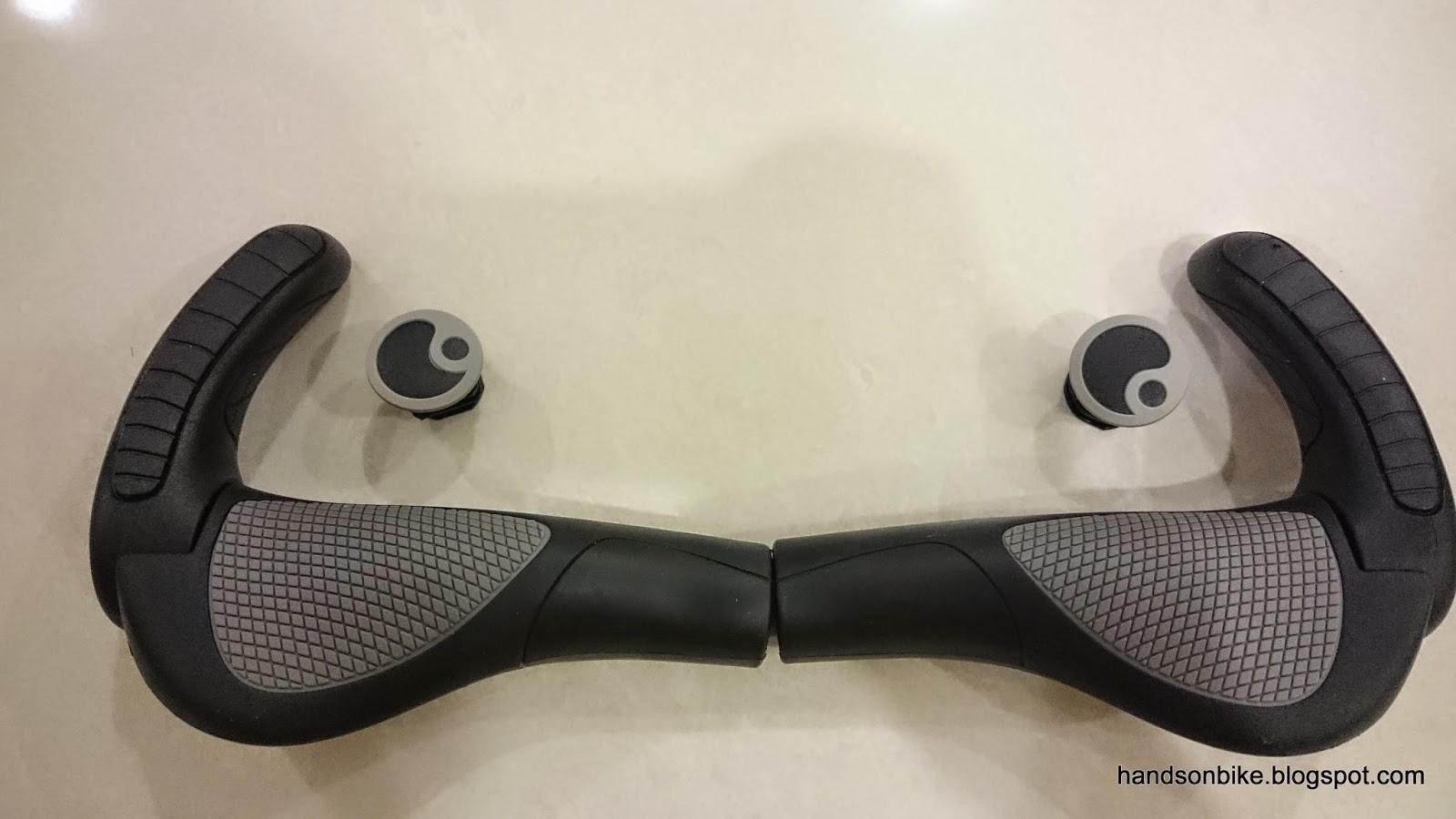 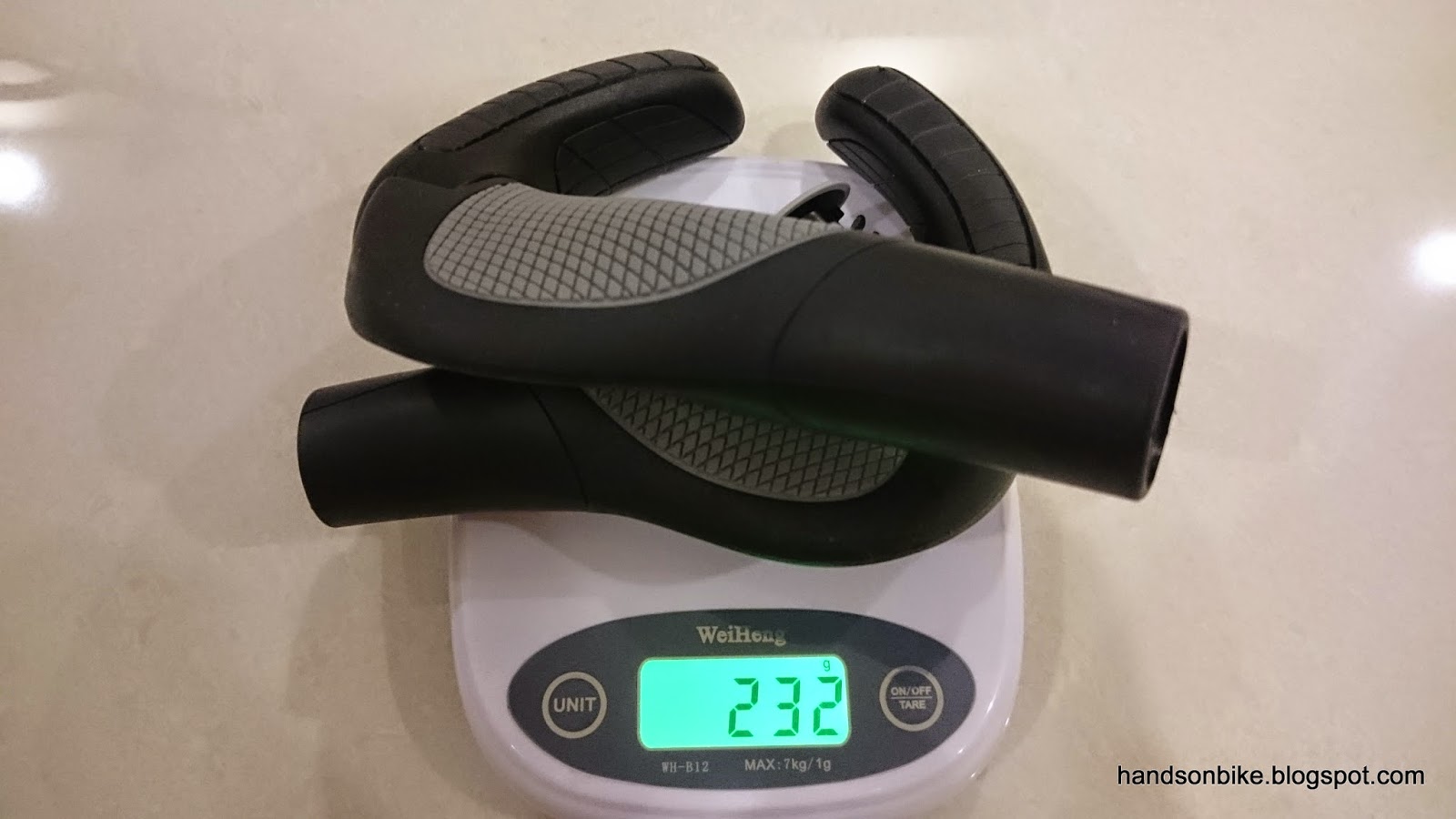 Weight of the Ergon GP3 grips, 232 grams. A little heavy, but worth every gram of it for the extra comfort. 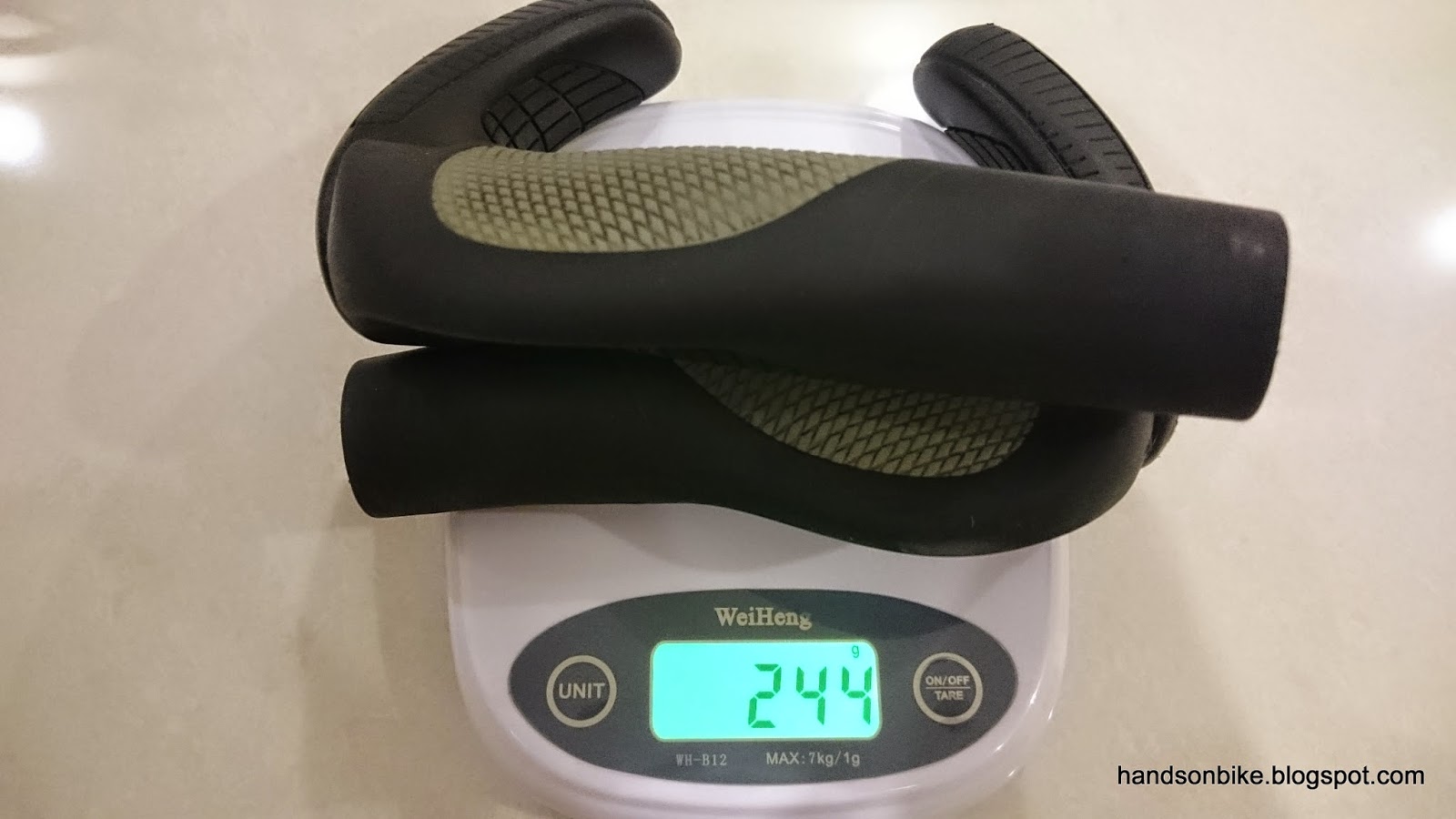 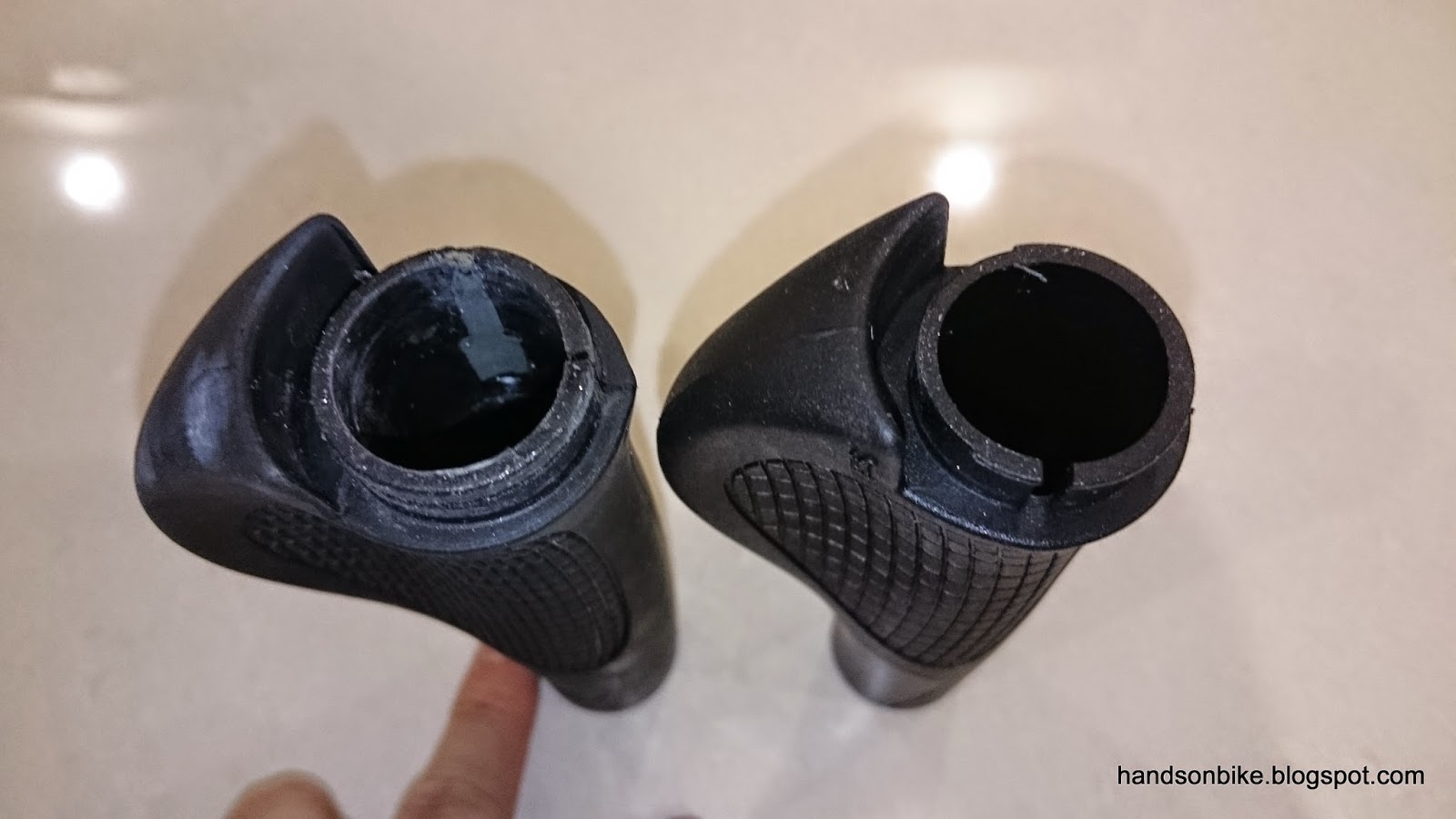 Comparing the old and new grip, the new grip on the right has a cutout area at the clamping section. 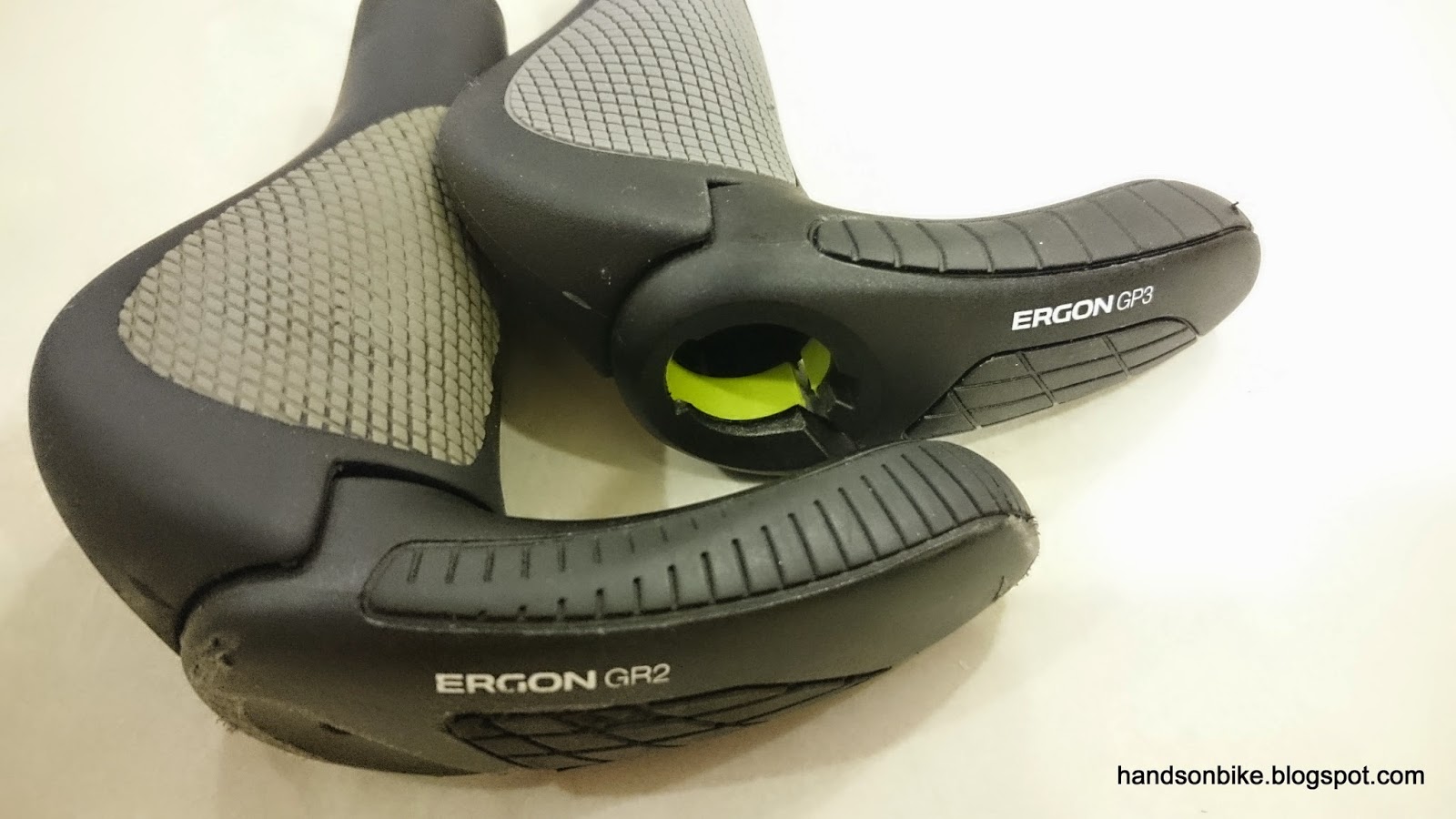 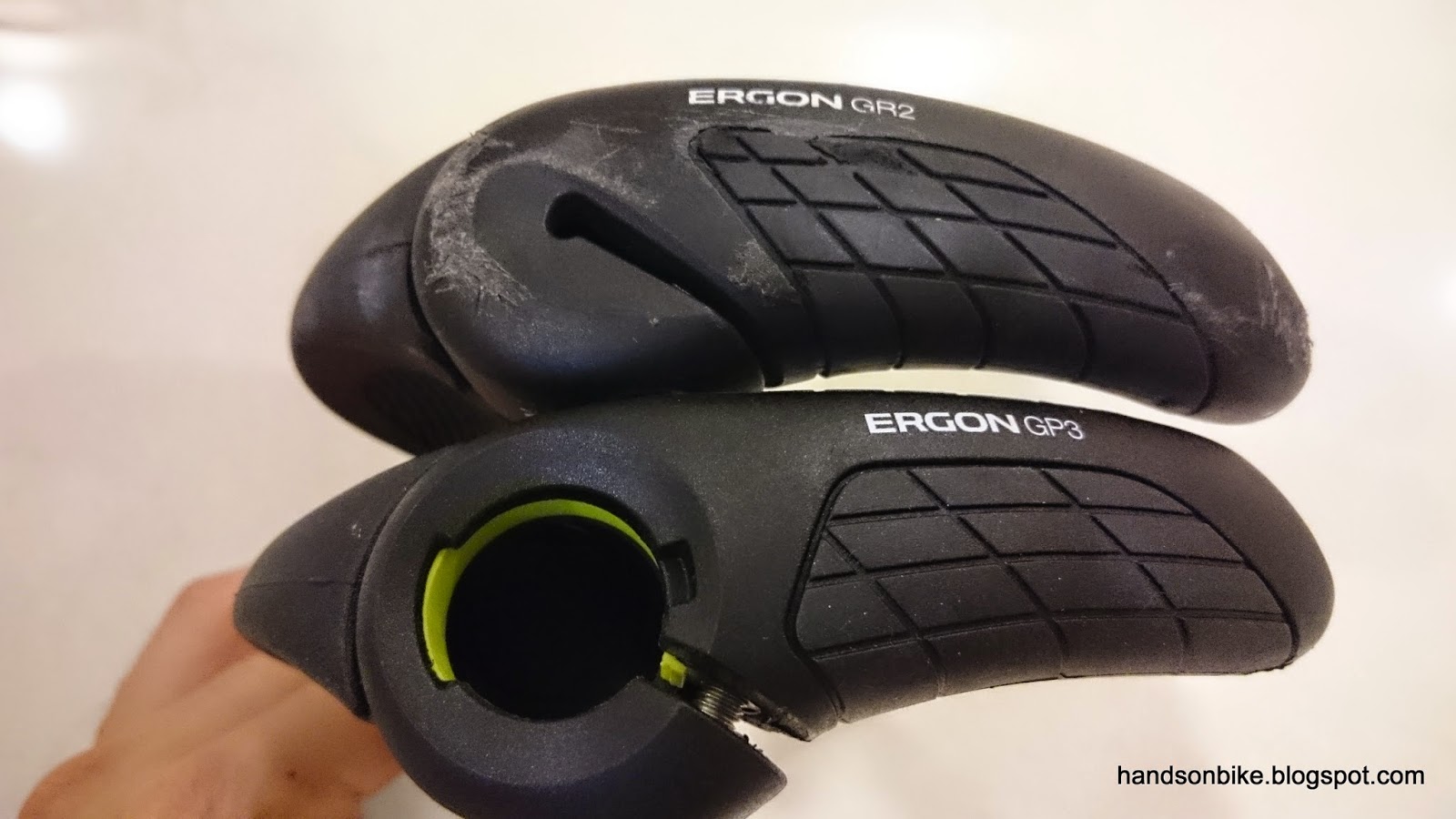 One main difference is the end cap area of the bar end. The old GR2 has an integrated end cap, while the new GP3 has an open design with a separate end cap. 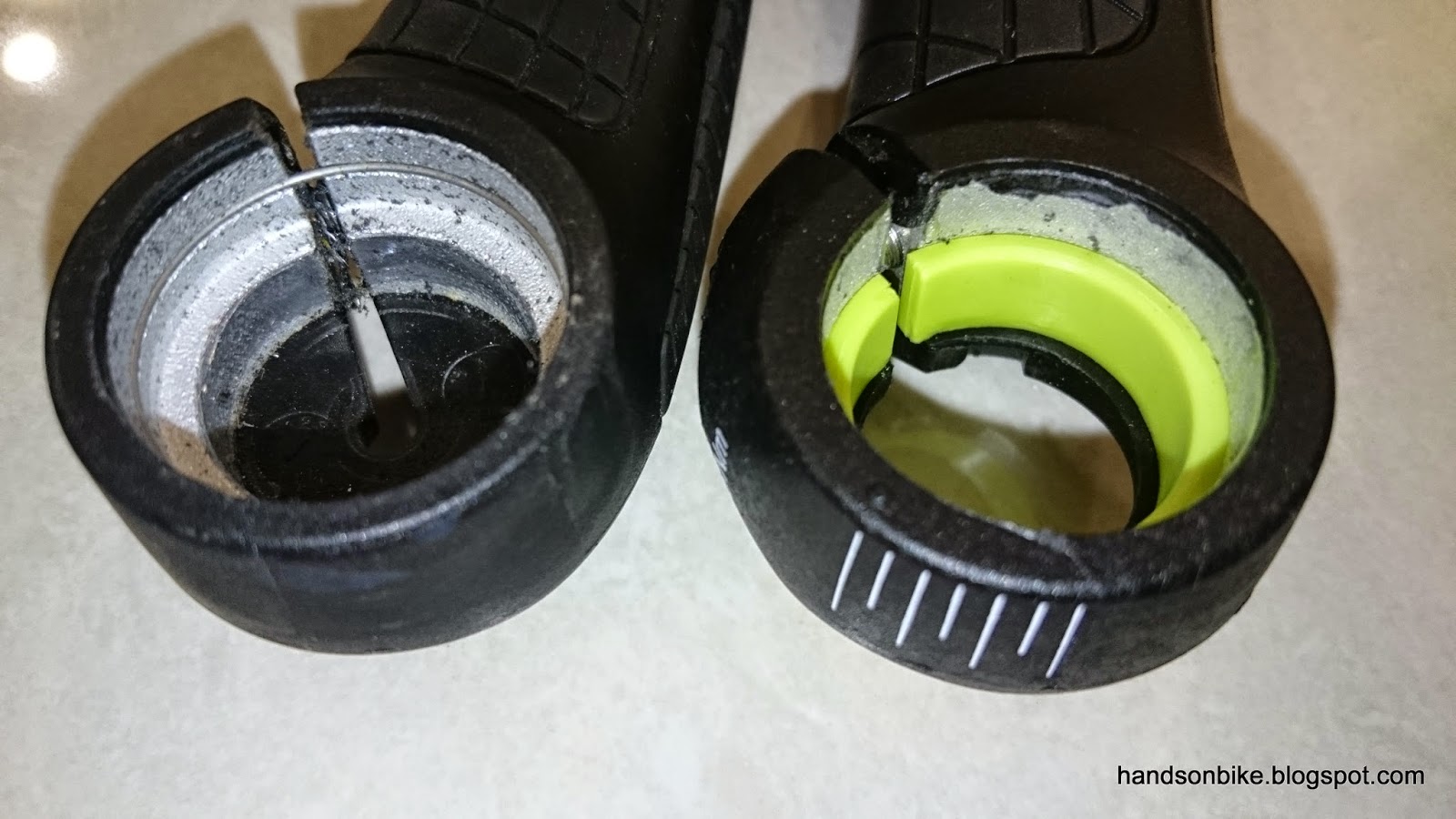 The new GP3 grip on the right has line markings to help you align the angle of the bar end relative to the grip. 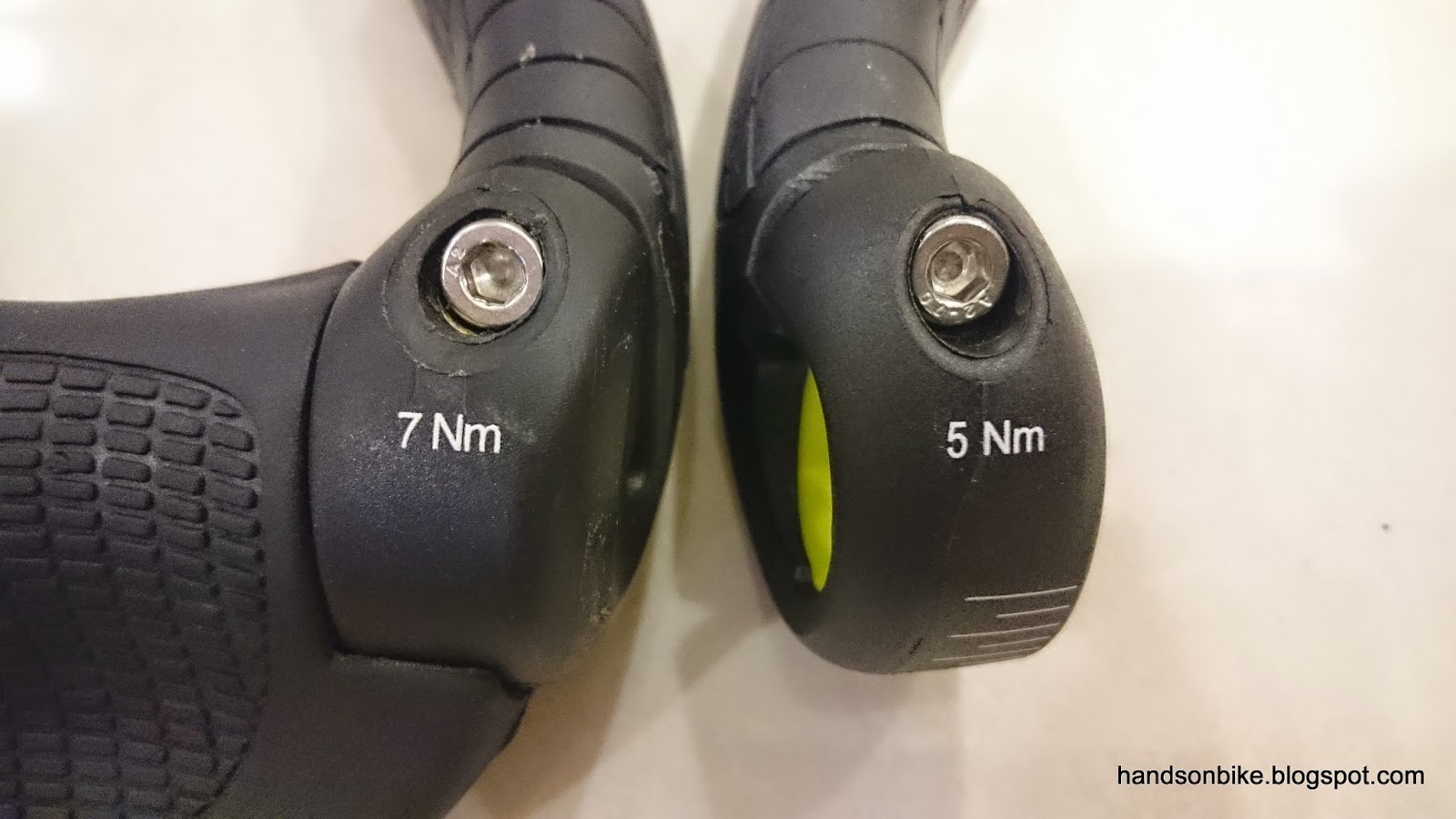 The older GR2 grip actually has a higher recommended torque of 7 Nm, as compared to the new GP3 with only 5 Nm. 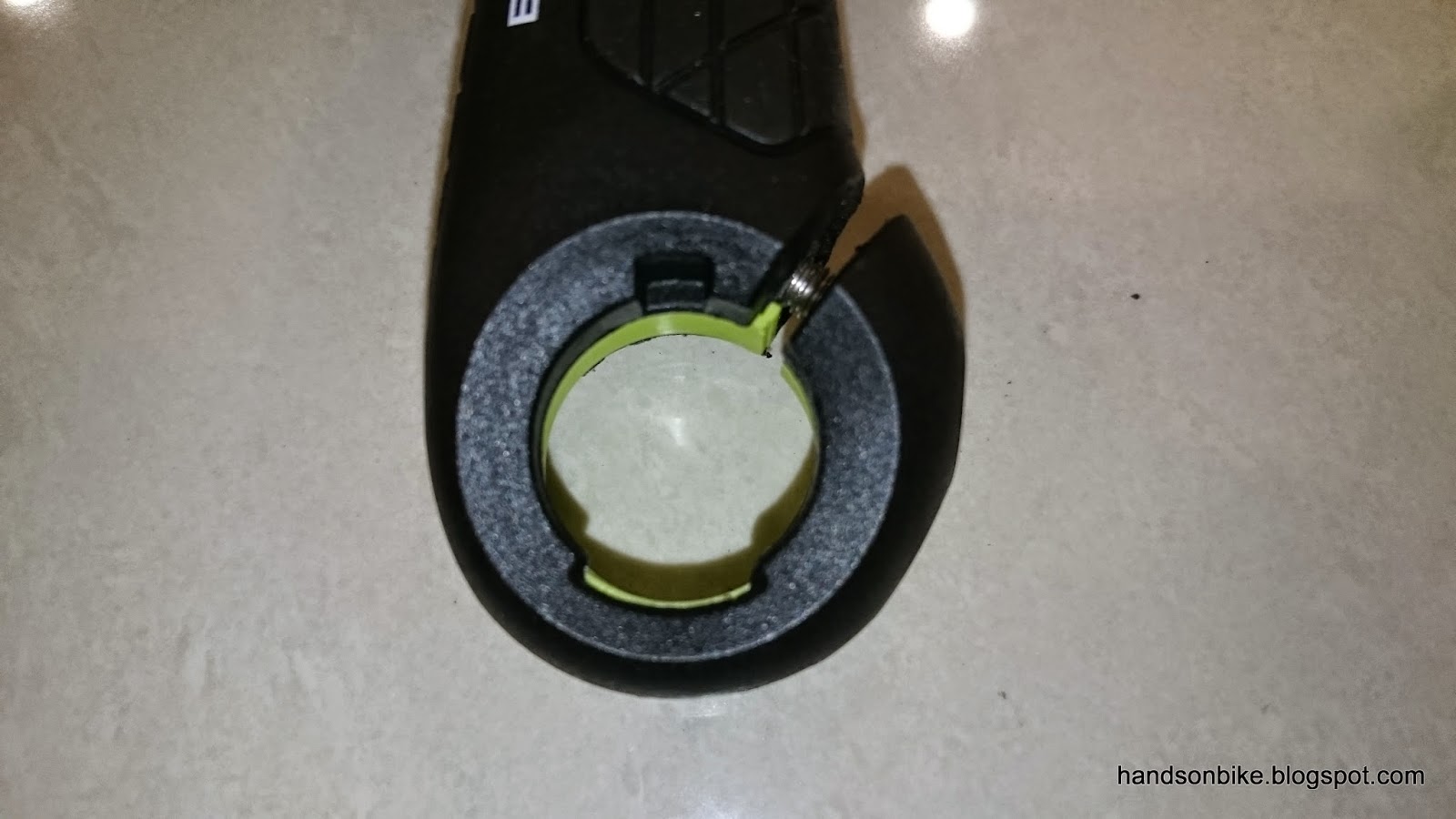 There is a special slot profile on the outside face of the bar end, to match with the Ergon end cap. This ensures that when installed, the Ergon logo is facing the right way. 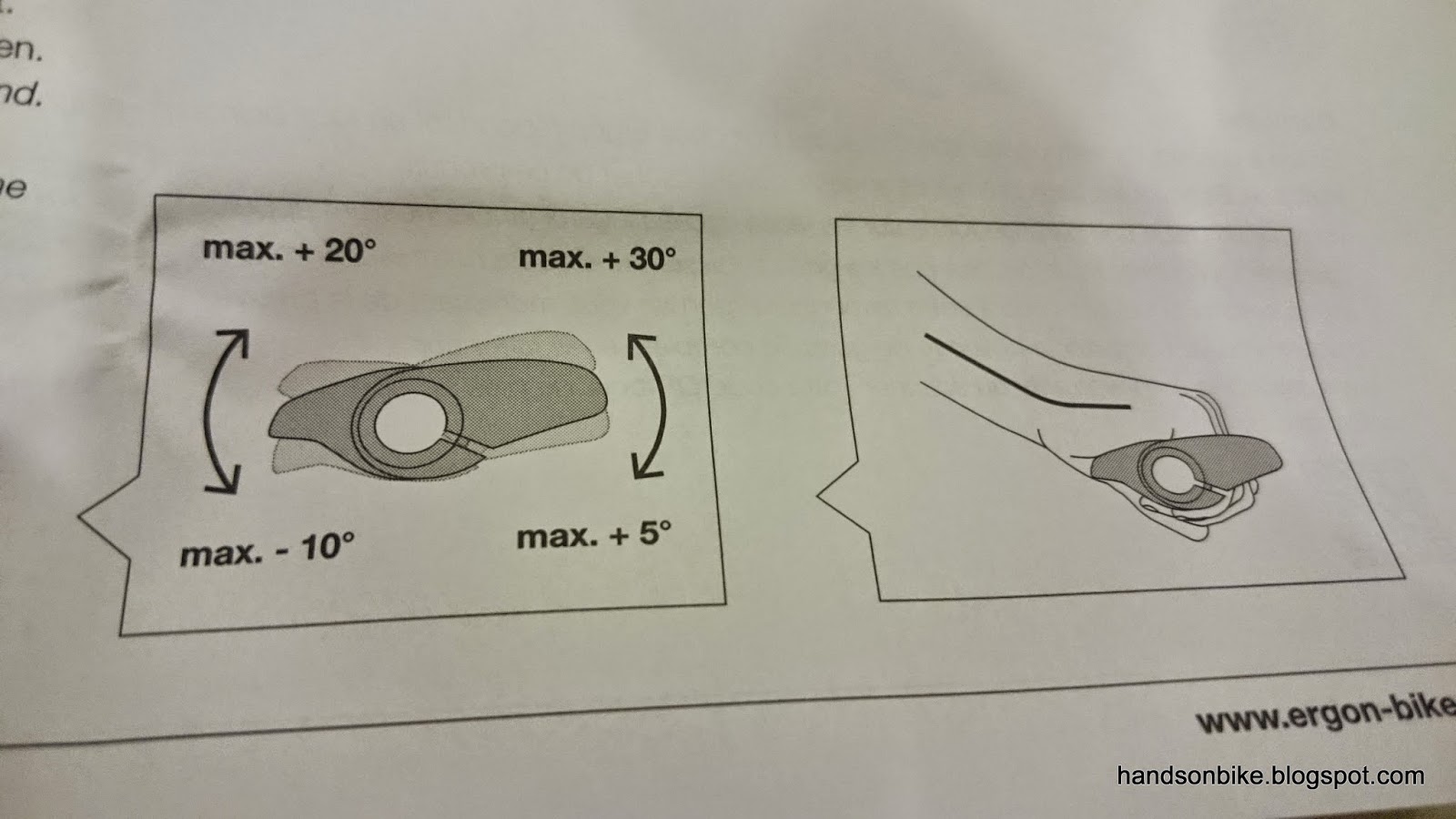 The recommended grip and bar end angles for Ergon grips.

During installation, I found that the new Ergon grips are slightly longer, so I had to loosen and move the shifters and brake levers inwards a little to make space for the new GP3 Ergon grips.

The new GP3 also has separate bar end caps which I think is better for installation. This is because with a separate end cap, I can see the end of the handlebar clearly, and ensure that it is fully inserted into the grip before tightening the clamp bolt on the grips. The previous GR2 grips has an integrated end cap which makes it difficult to see the end of the handlebar. 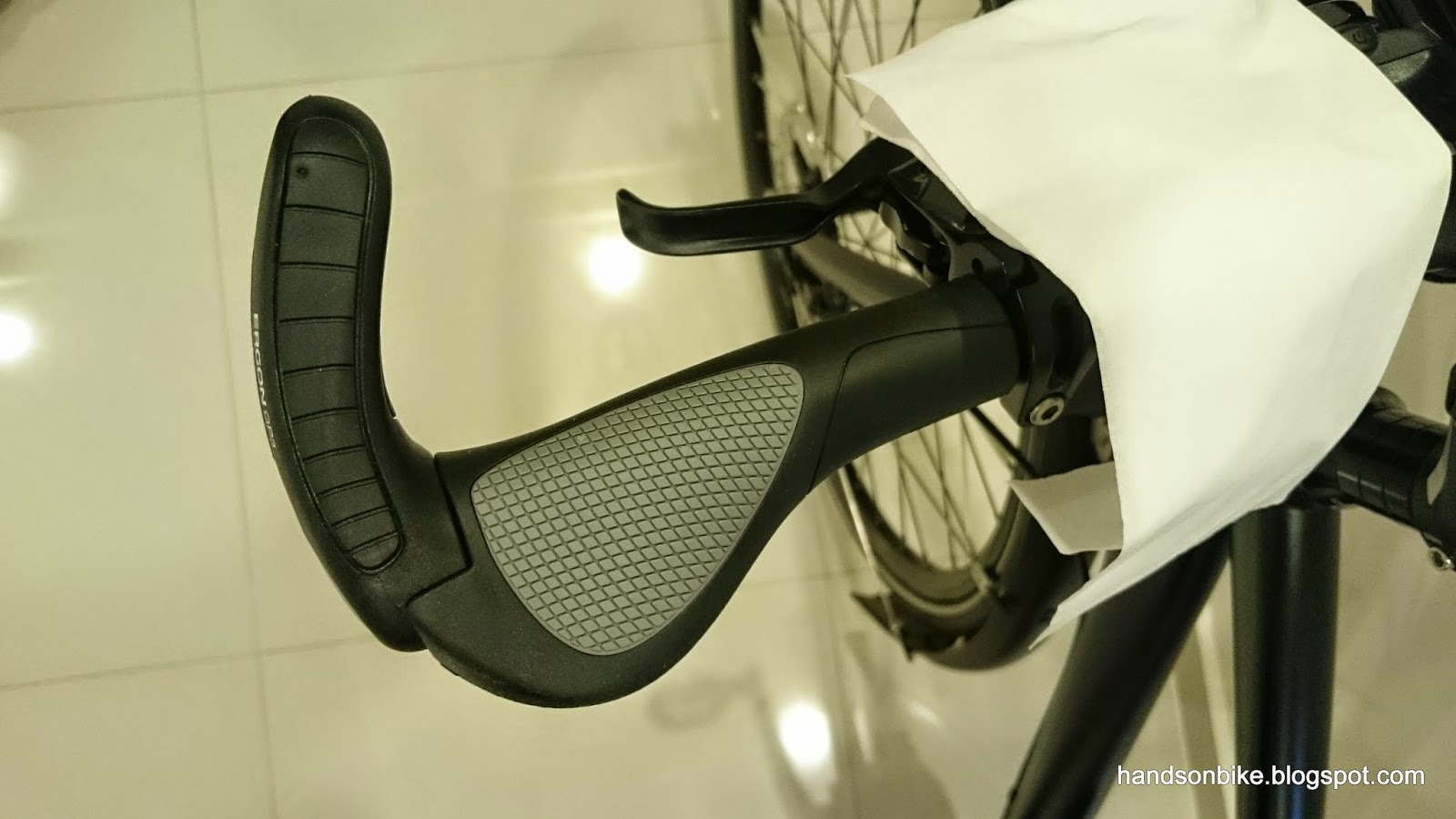 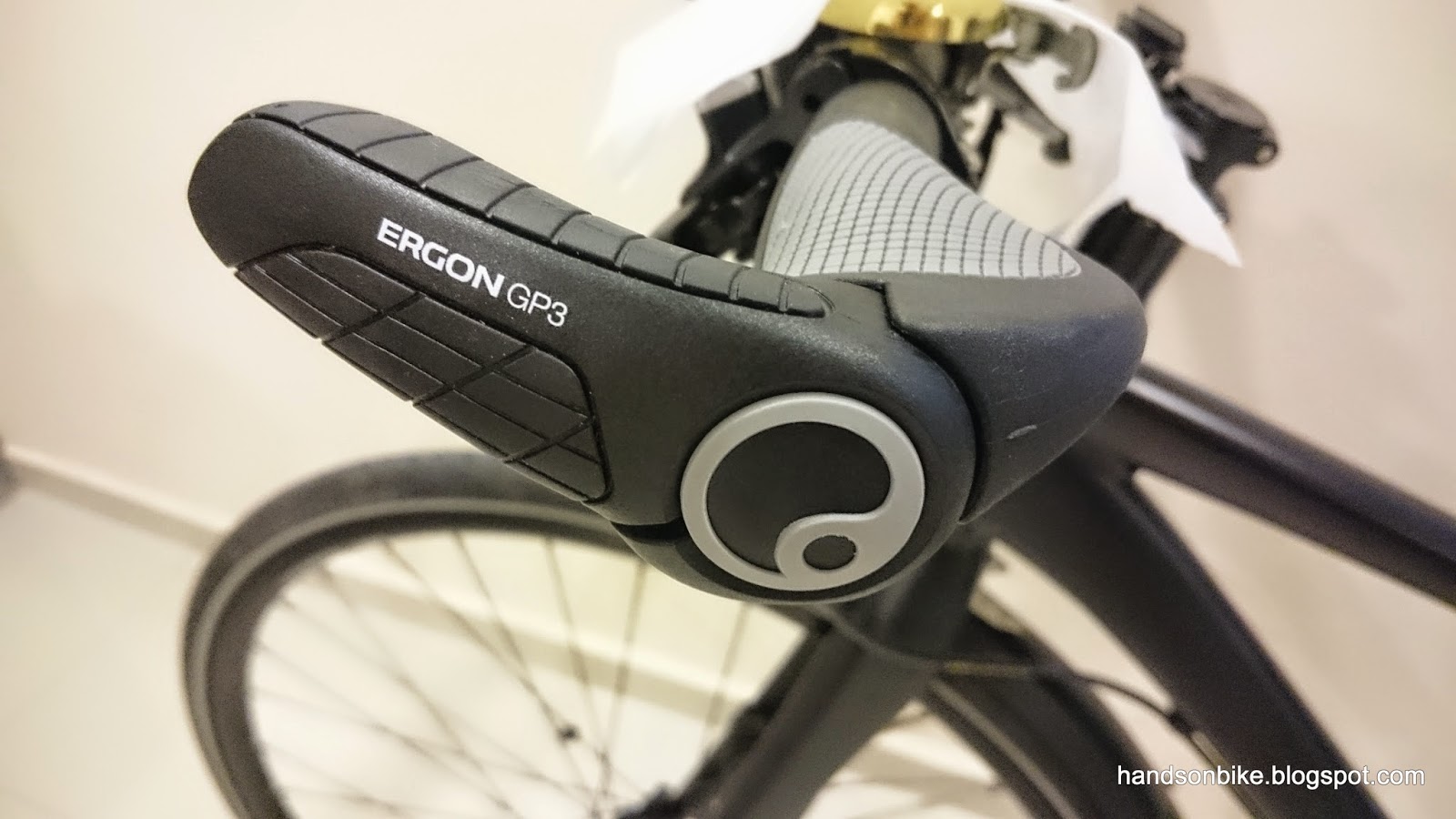 With the Ergon end cap installed, and with the logo the right side up.

After changing the grip, I no longer have any problems with the grips being too loose on the handlebars. The gripping and resting areas for the hand are still as good and comfortable. A nice upgrade that makes the bike feel new again!
at May 04, 2015