There are a few reasons for me to install the Cateye Strada Digital Wireless on the Dahon MuEX. The first is because there is currently no cycle computer on the bike, and I have found that I missed the info (speed, distance) from the cycle computer when riding the MuEX. The other reason is that this particular cycle computer has cadence and heart rate info too, which is really useful when training or exercising.

I had previously set up the MuEX on the Minoura Bike Trainer, mainly for indoor cycling and training. To improve the efficiency of the training, it is good to have a target cadence and heart rate to maximise the effectiveness of the training session. Speed and distance will not be accurate as the resistance on the bike trainer is different from riding on the road. 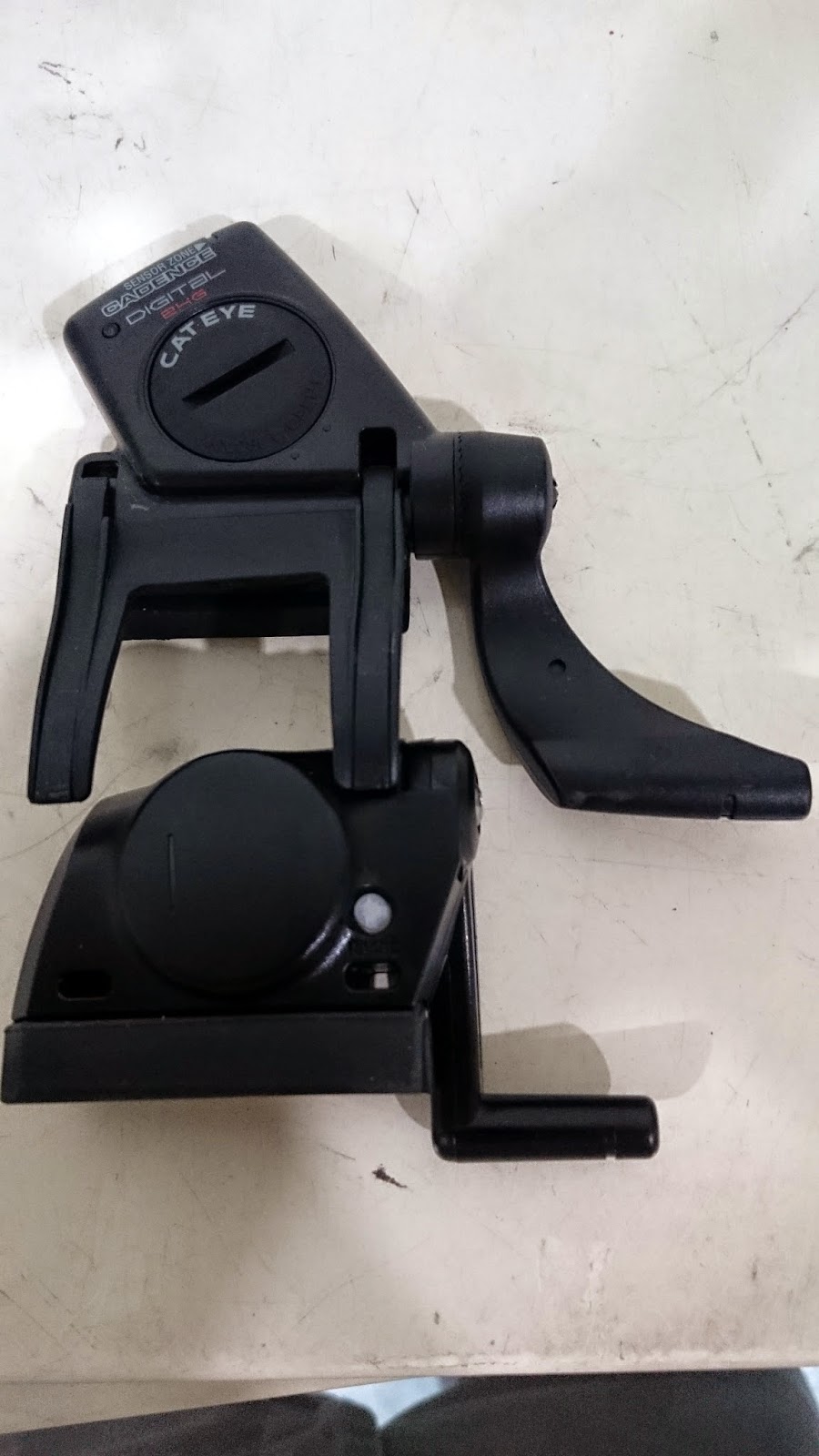 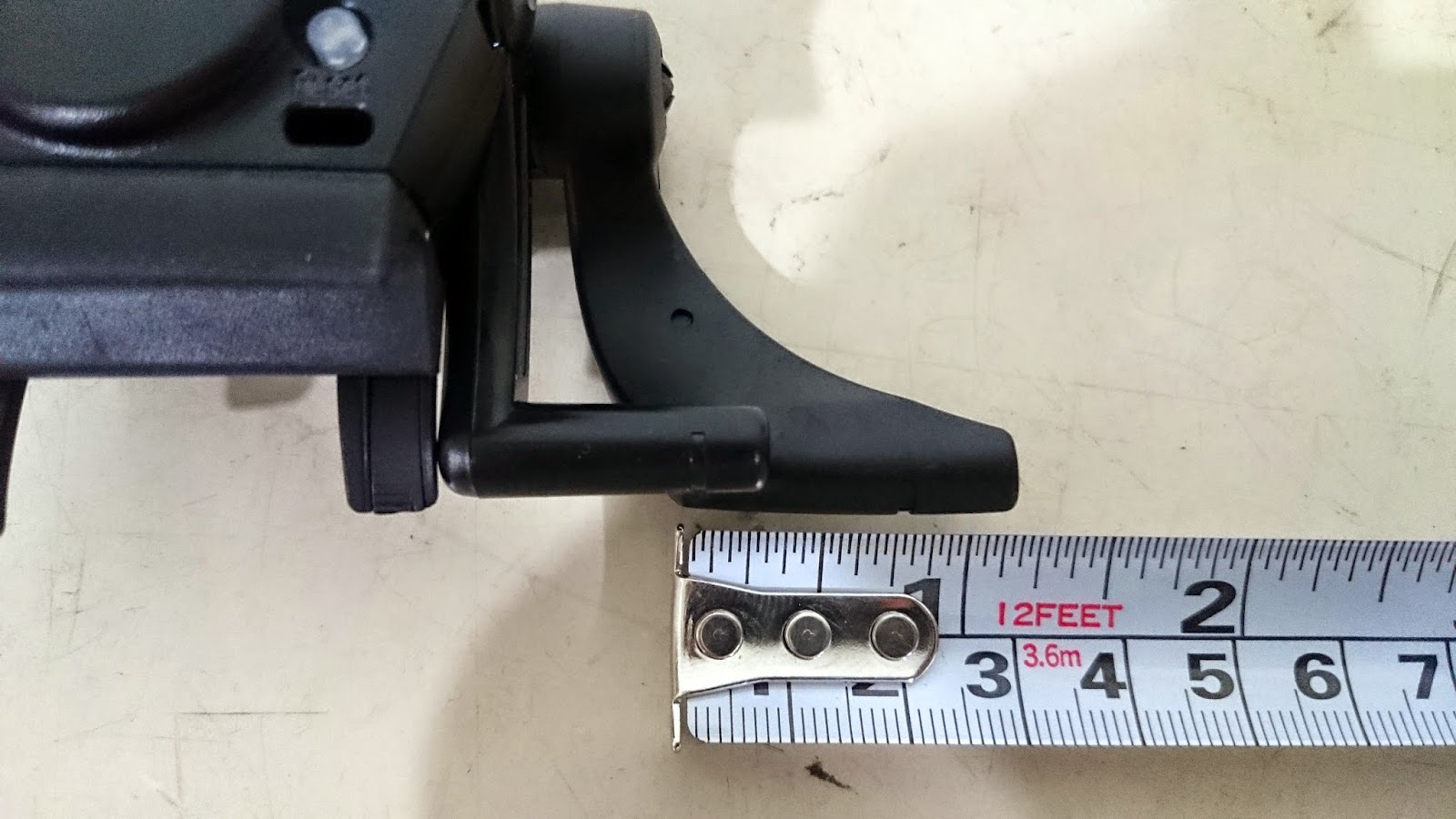 When the cadence sensor areas are both aligned, the Garmin speed sensor has a reach that is about 20mm shorter than the Cateye sensor.


This 20mm is significant, as the extra 20mm reach of the Cateye sensor means that it can be used on small wheeled bikes! As you can see from the picture below, the Cateye sensor only just manages to reach both the crankarm magnet and the rear wheel magnet. I also had to place the wheel magnet all the way to the spoke nipple, and it only barely manages to reach the sensor. 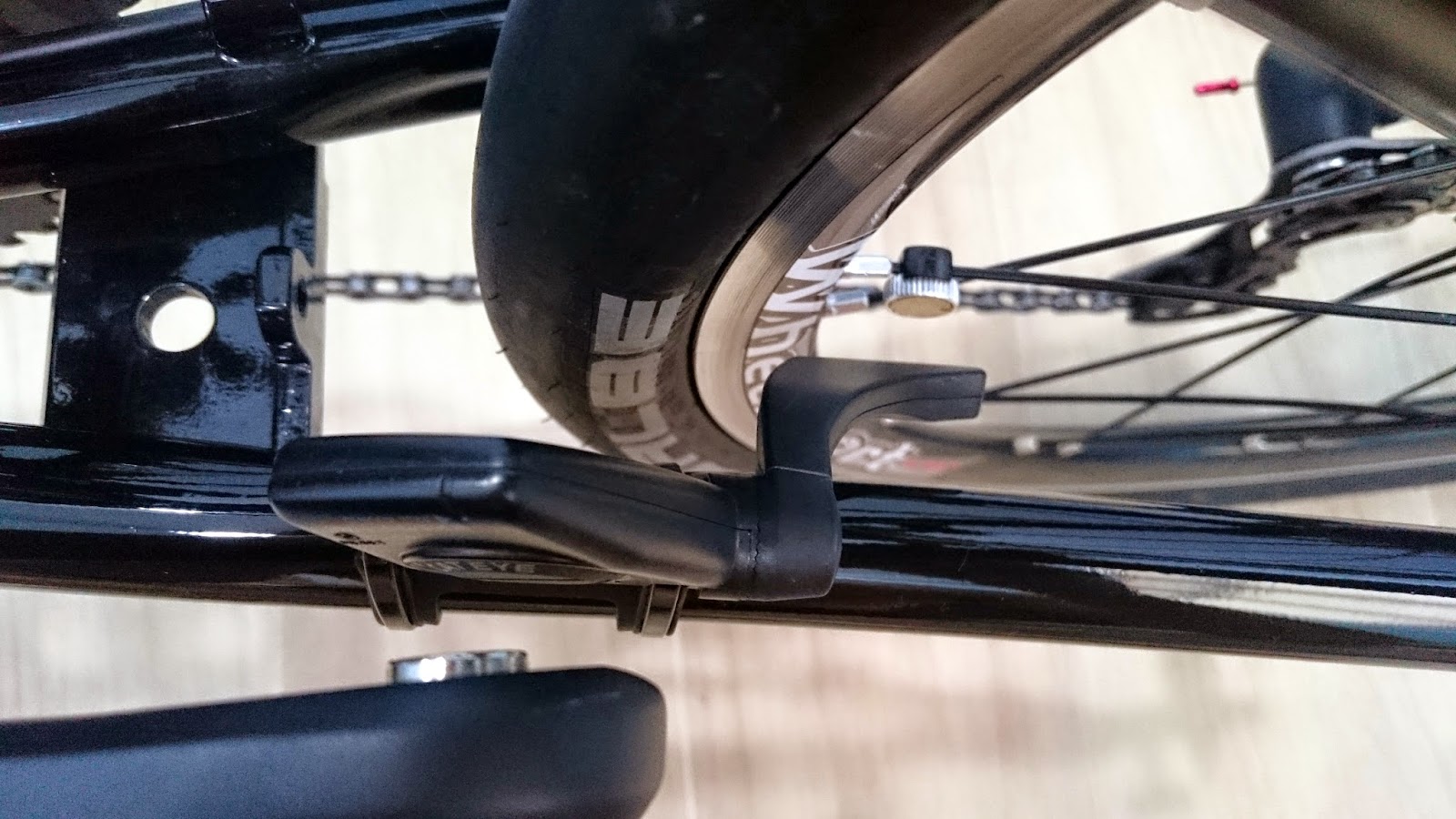 The Cateye sensor is able to reach both the crankarm magnet and the rear wheel magnet at the same time. Wheel used is Wheelsport Sunny, a 20 inch 406 wheel with a low (~24mm) rim profile.

If a high profile wheelset (such as Wheelsport Smart 1.0, 30mm rim profile) is used, this will not work as the magnet still cannot reach the sensor. On the other hand, if a larger wheel is used, such as 20 inch 451 wheels, it will allow the rear wheel magnet to go closer to the sensor (closer by about 1 inch, or 25mm). 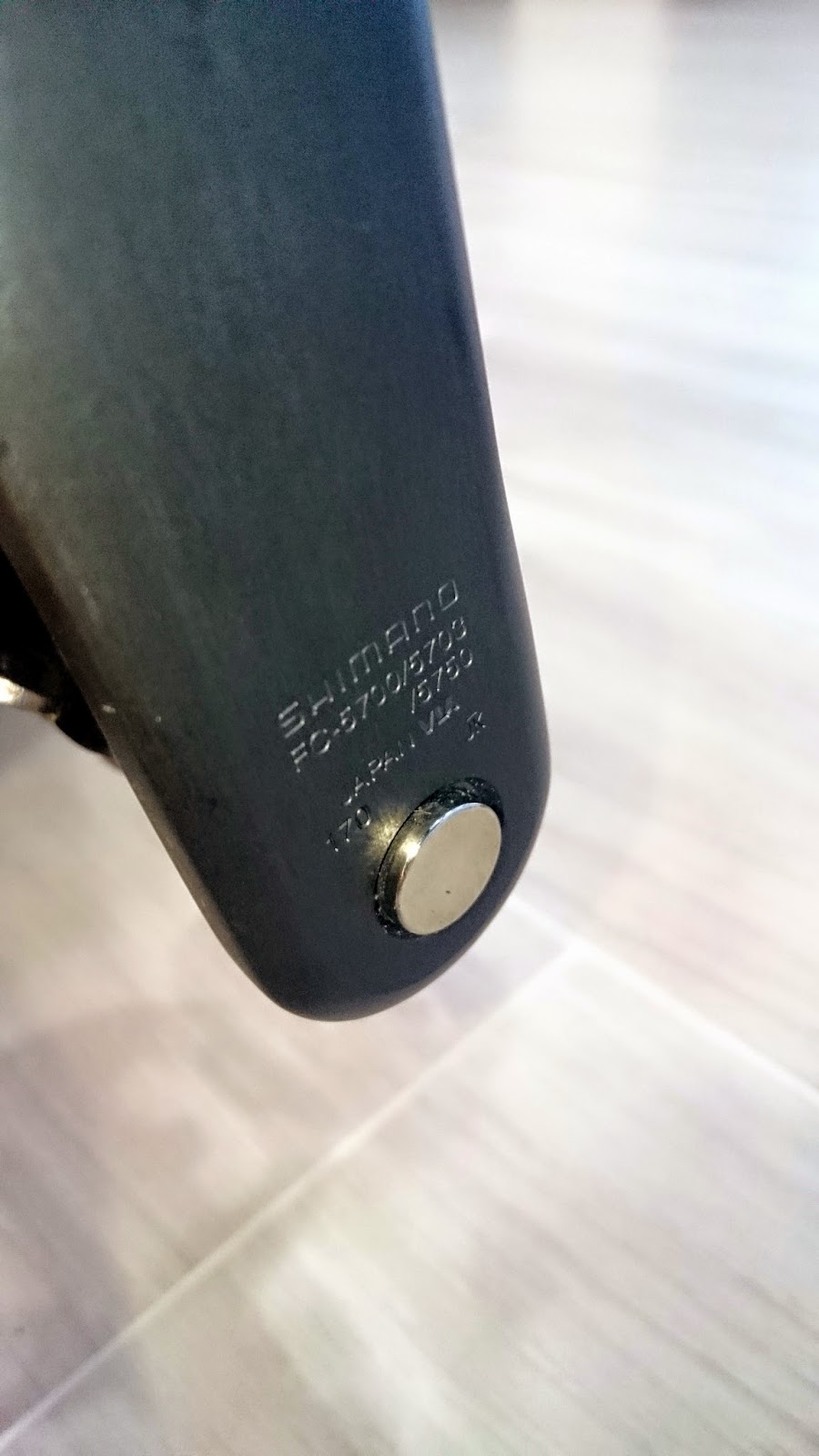 As previously used on the Merida Scultura 5000, I also stuck a strong neodymium magnet (Diameter 12mm) on the pedal axle, instead of cable tying the provided magnet. 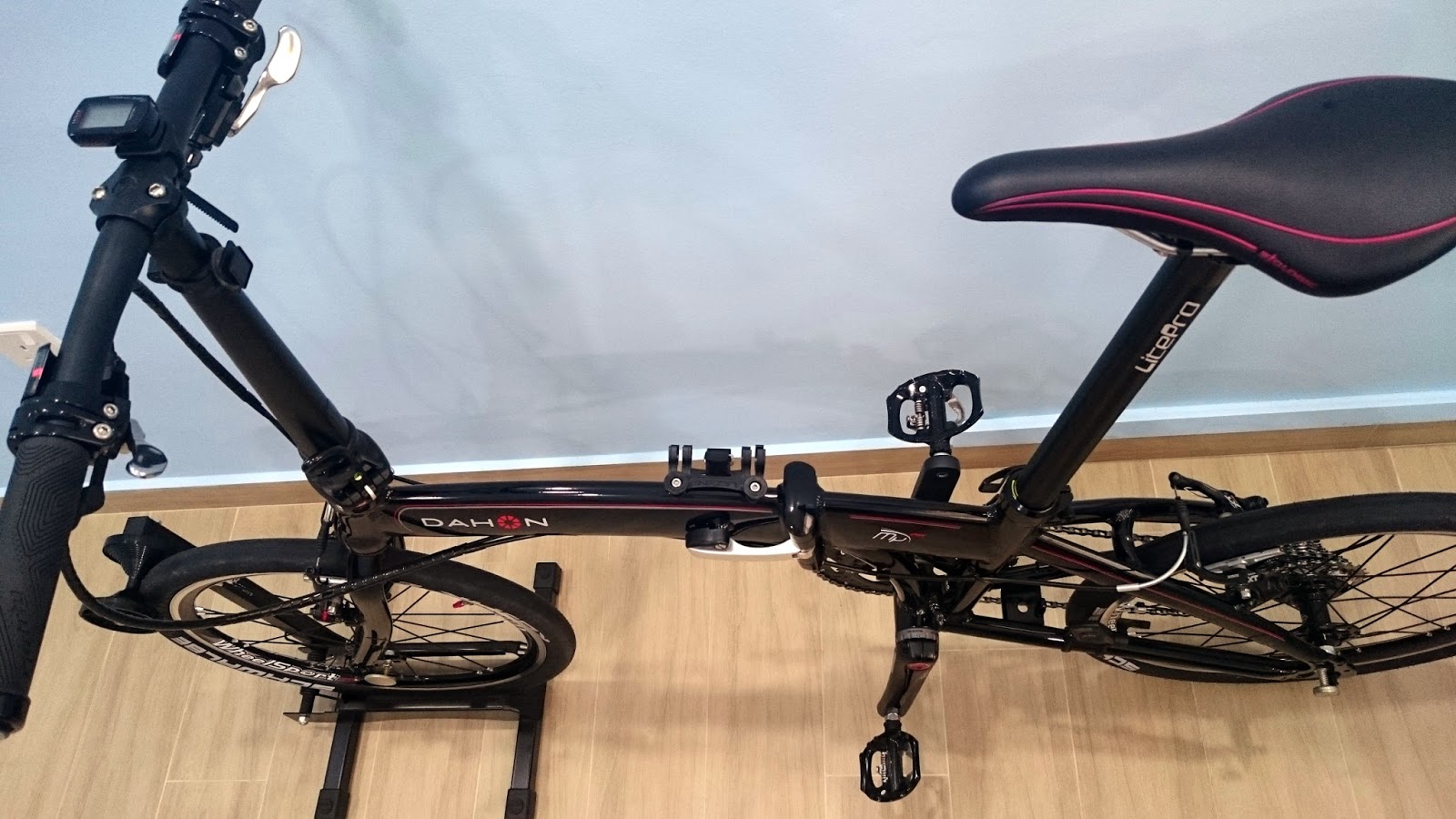 Shown as mounted on the bike. The computer unit is able to detect the cadence/speed sensor even when it is mounted far away on the rear chainstay. 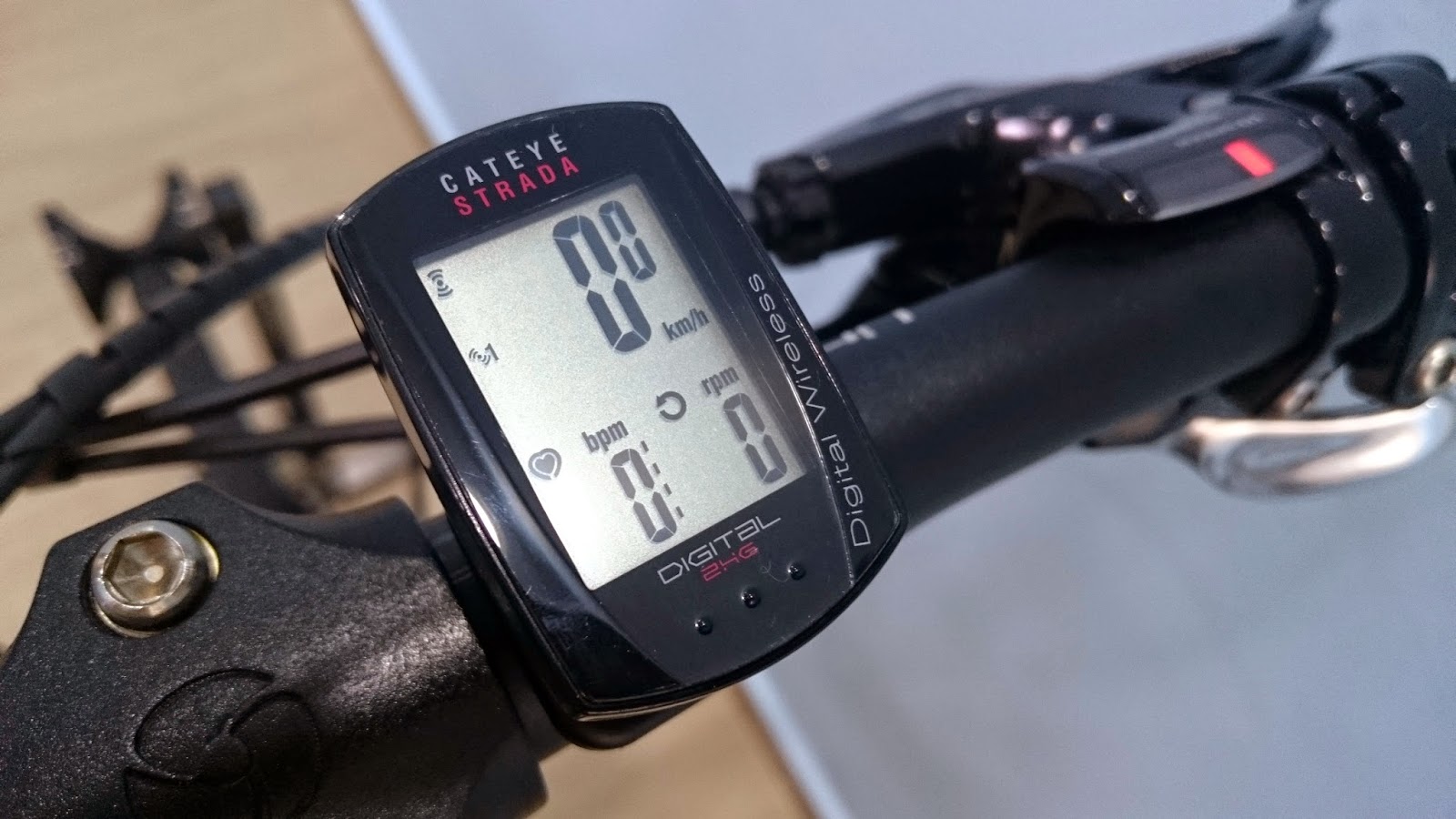 The heart rate and cadence shown on the computer screen will help to improve the effectiveness of the workout, by ensuring that I am training in the correct heart rate zone.

Not only is this Cateye cycle computer useful as a training aid, it will also be useful when I take the bike out for a ride as it will just work like a normal cycle computer.

So, if you are considering getting a cycle computer for your small wheeled bike that can also detect your cadence, this Cateye Strada Digital Wireless will work. On the other hand, the standard Garmin GSC-10 cadence/speed sensor will not work on most small wheeled bikes as the sensor cannot reach both the crankarm magnet and rear wheel magnet at the same time.
at May 24, 2015