The Ultegra Di2 upgrade was recently done on the Merida Scultura 5000 road bike, and I really like the effortless and easy shifting offered by the electronic shifting system. It was working well for a few weeks, but one day I realised that the battery was flat just as I was going out for a ride.

This is a very unusual situation, as I always charge the Di2 battery once the battery level drops to 50% or less. Also, the Di2 battery is supposed to last a long time, even more so if you are not using it often. As I have been using Di2 since I upgraded the Dahon Boardwalk 3 years ago, I am well aware of the battery life of the system.

My first suspicion was that one of the shifter buttons had been depressed continuously during storage, as there was a chance that another of my bike could be pressing on the shifter buttons on the Merida road bike. However, upon charging up the battery to 100% and leaving it for a couple of days, the battery level dropped to 60% even without touching the bike.

The next suspicion was a faulty battery. This was a possibility as the battery was already 3 years old, and there was a chance that the battery life has been compromised. I swapped the battery with the other one on the Dahon MuEX, and monitored the battery level on both the bikes for a few days. With both batteries at 100%, we will see if it is the battery issue or some other problem.

With the battery level dropping rapidly, by around 20% a day, this was definitely not normal. Something was wrong with the system, but it is going to be tricky to diagnose the source of the problem. Most of the components are ported over from the Wheelsport Fantasy mini velo, and it had worked perfectly. The only differences are the wiring in between the components, as I have used different lengths of wires. For some unknown reason, there is a problem with the Di2 system on the Merida road bike that is causing serious battery drain. 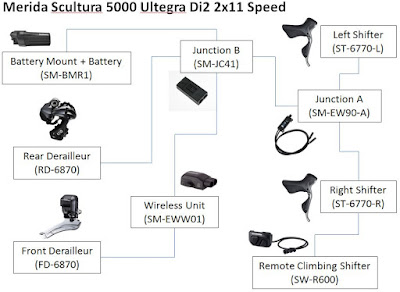 Connect battery mount to Junction B, disconnect all RD, FD and Junction A from Junction B. No battery drainage, so I moved on to connect just the FD, followed by just the RD, and so on until the entire system has been tested individually for battery drain.

This is very time consuming, as it takes one day to detect any battery drain, so testing the entire system component by component took more than one week.

I eventually found that there is battery drainage when Junction A is connected to the system, but the RD, FD and shifters are not connected. It seems that Junction A might be the one causing the problem. In order to test the hypothesis, I borrowed a new Junction A to swap with my current Junction A.

The new Junction A is the three port type, unlike the older Y-junction EW67 type that has two integrated wires for the shifters. With this new EW90 Junction A, there is a need for two separate wires to connect Junction A to the two Di2 shifters. 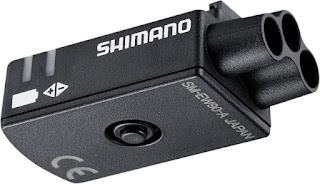 With the new Junction A wired up, I monitored the Di2 system for a few days, and was glad to see that the battery is no longer draining fast. Under normal circumstances, the Di2 battery level can stay at 100% for at least a couple of weeks if it is not used. I did not wait that long, but the battery level did stay at 100% after a few days, which is much better than the 20% drain per day.

I was glad to see that the Di2 components are working fine, and that the problem was actually due to a faulty Junction A. Not sure why this problem will surface suddenly after working fine for these few years, but I am glad that this can be easily solved with a new Junction A.

After waiting for a few more days to confirm the diagnosis, I was sure that the old Junction A was the problematic component. With that, it is time to formally swap in the new Junction A onto the bike! 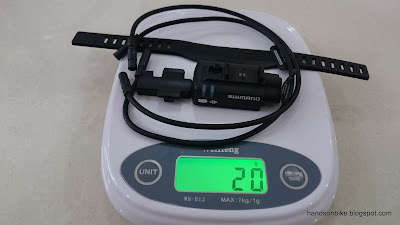 New 3 port Junction A with the mounting bracket and the rubber strap. This will normally be installed on the stem. 3 more wires are needed to connect Junction A to the two shifters. 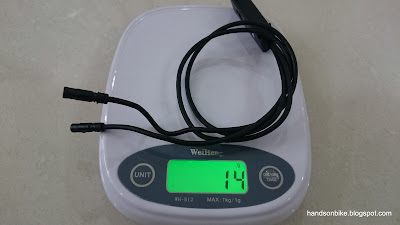 Original Ultegra EW67 Junction A, with the two wires for the shifters built into it 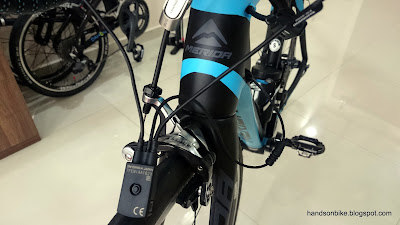 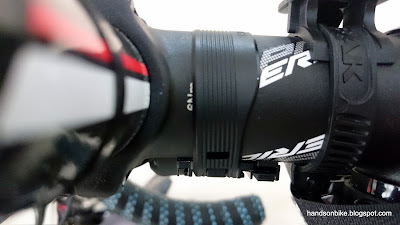 Rubber strap with bracket mount installed on the stem. The rubber strap needs to be cut to the correct length. 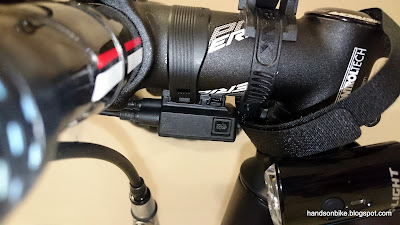 Junction A clipped in under the stem. There is a charging port on this Junction A, but it only works if the new internal Di2 seat post battery is used. 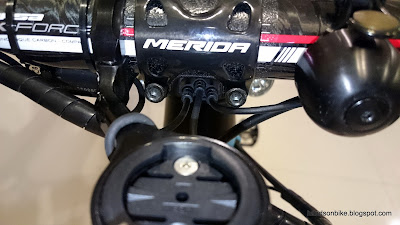 Two wires lead to the two shifters, while the third wire leads to Junction B. 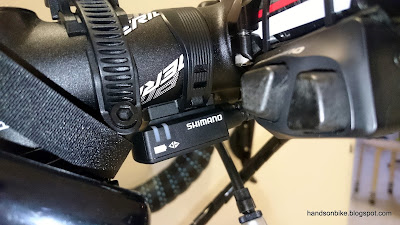 The other side of Junction A has the LED indicator lights, for indicating the derailleur adjustment mode or to indicate battery level. 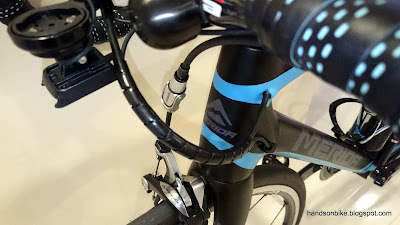 Similar wire routing with the new Junction A, using the cable wrap to keep things neat and tidy

With the new Junction A, there is no longer any battery draining issue. The Di2 battery can last a really long time with some light usage. Glad to be able to find the source of the issue and solve it with a change of Junction A.
at August 13, 2016