However, for this bike, the seatpost is a special VCLS suspension seatpost which needs to flex. As such, I cannot wrap the mount or rubber strap around the suspension area or it will restrict the flexing of the seatpost.

As for the front light, it cannot be mounted on the handlebar as it is an integrated handlebar with no round section to mount the light clamp.

First, let's work on the rear light. I have a Moon Comet rear light which comes with a saddle rail mount, let's see if it can fit. 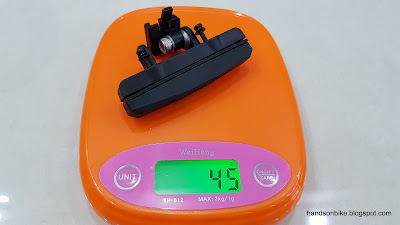 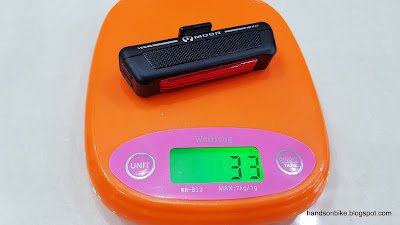 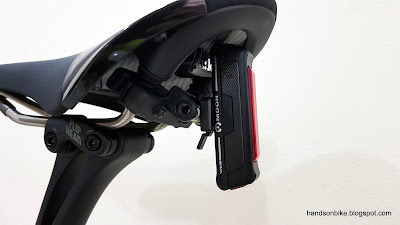 Installing the Moon Comet rear light onto the rear of the Fizik Aliante R3 saddle, using the saddle rail mount. 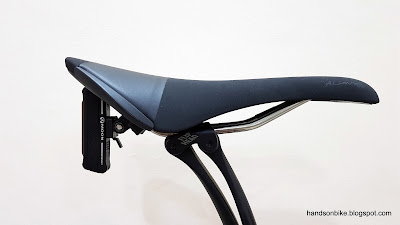 Another view of the light installed under the saddle 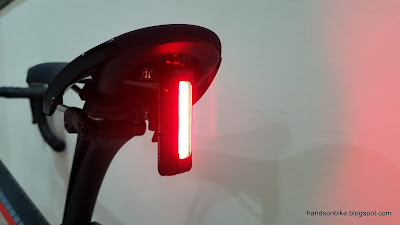 Light is mounted vertically so that it looks better. Good location for a rear light.

Installing the rear light is easy, as it can be mounted under the saddle. However, for the front, there is no easy solution as the handlebar cannot be used to mount the front light. Luckily, from my experience of working on other bikes, I know that I can actually mount a front light on the fork legs. On the Avanti Inc 3, I managed to mount a Moon Nebula W front light onto the front fork leg, using the new type of mount.

I do have a couple of Moon Comet front lights, bought a few years ago when they were first launched. Even now, they are still working fine, and I really like the glowing LED strips. What I need is the new mount which allows mounting on non-cylindrical surfaces.

Bike31 is the official distributor of Moon lights in Singapore, and they do sell the mounts separately. Once I get the new mounts, I will be able to use them to install Moon front lights onto the front fork legs of the Canyon bike. One thing to take note is that the mount does not come with the rubber strap. This is no big issue as I have many spare rubber straps from the many sets of D-Light front and rear lights. 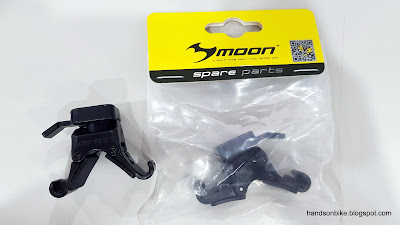 New type of Moon mount, which enables mounting on non-cylindrical surfaces, such as the bladed shape of a front fork leg. 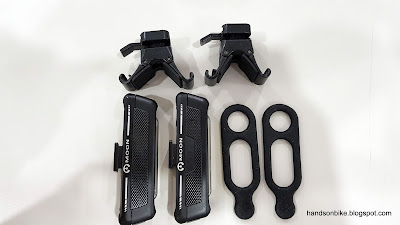 2 new mounts on top, with the 2 Moon Comet front lights. Rubber straps are from the D-Light lights. 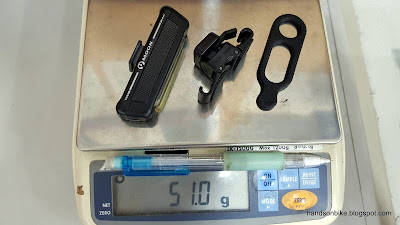 Each set weighs 51 grams, which means a total of 102 grams for a pair. 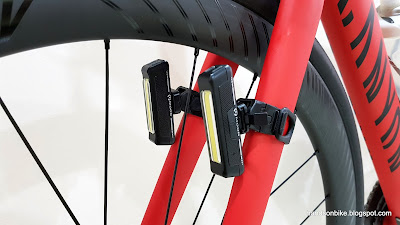 With the angle adjusted, the pair of Moon lights have been mounted on the front fork legs of the Canyon bike. 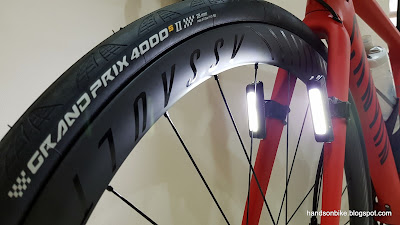 This is the only place I could think of to mount front lights on this Canyon bike, due to the integrated handlebar.

With the Moon front and rear lights mounted on the Canyon Endurace, this bike is now ready for night riding. I am especially pleased with the placement of the front lights, because they look good as a pair, with the wide illumination angle ideal for good visibility.
at November 18, 2017