On the Canyon Endurace bike, the stock Fizik Aliante R3 saddle is a pretty nice saddle. Once the saddle angle has been adjusted properly, it gives great support when riding in the hoods or drops. However, due to the high upsweep of the saddle at the tail end, it gets in the way when I try to sit up straight to hold the top of the handlebar. It is great for riding in the hoods, but not so when sitting up.

The Canyon Endurace comes with a nice integrated handlebar + stem, which is very comfortable to hold at the top, as it is flat and wide which is a good place to rest the palms on. As such, I find myself using the top of the handlebar more often then on other drop bar bikes. Therefore, I need to change the saddle to enable me to sit up comfortably.

On the Merida Scultura 5000 and Java Freccia, I have used the Selle Italia SLR Kit Carbonio Flow saddle, which is both lightweight and comfortable. However, on this Canyon bike, the VCLS seatpost saddle clamp has a side clamping design, which makes it unsuitable for use with carbon saddle rails. 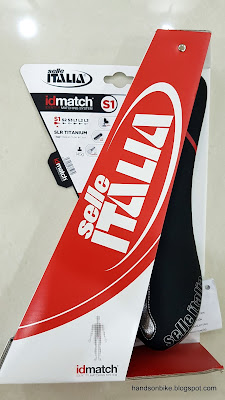 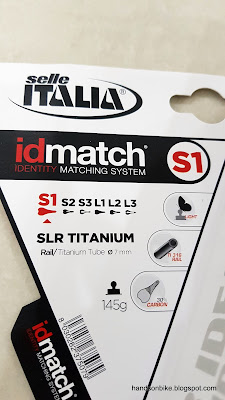 Claimed weight is 145 grams, which is just 20 grams more than the SLR Kit Carbonio Flow with carbon rails. 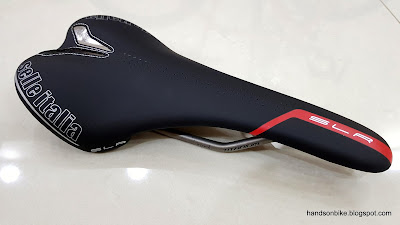 Best of all, it has a red coloured version that seems to match the frame colour quite closely! 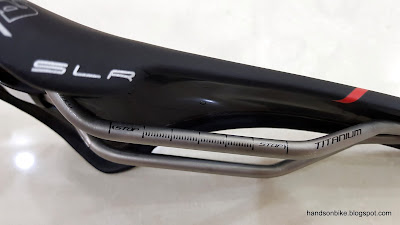 Titanium rails on this saddle for lightweight 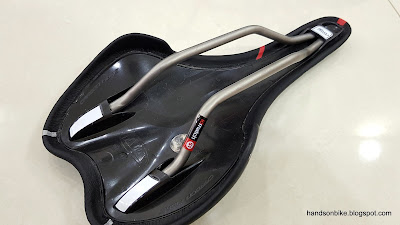 Simple and clean design at the bottom, with a thin shell to support the thin fabric 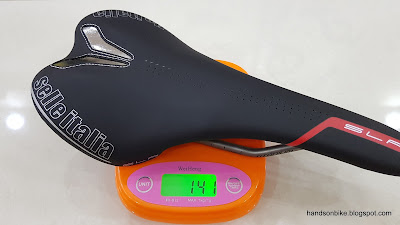 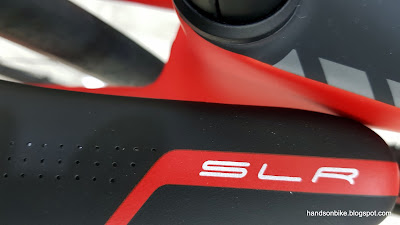 The red colour on the saddle matches the Kerosene Red of the frame quite closely, with a roughly 90% match! 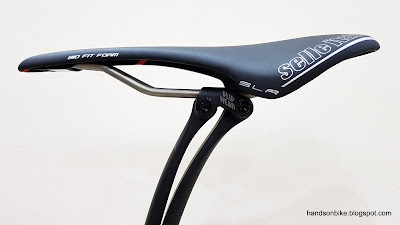 Due to the setback of this seatpost, I have to set the saddle all the way to the front to get the correct fore-aft saddle position. I don't see an issue since the weight is mostly at the back of the saddle. 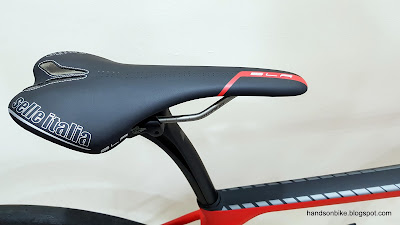 New saddle installed on the bike! Lightweight and also matches the frame colour.

With this new saddle, it feels the same as the Merida and Java bikes which also have a very similarly-shaped Selle Italia saddle. Although there is no cutout in the middle of this saddle, it feels fine. Compared to the Fizik Aliante R3, this saddle is very flat, and allows me to sit up straight without being blocked by the tail end of the saddle.
at November 12, 2017