I like to assemble a bike from scratch, as it means that I can specify exactly what components are used, and how everything is selected to work together effectively. However, I can't assemble a bike for a living, because of a few reasons.

1) I take too much time per bike, as I tend to spend quite a lot of time on the small details.
2) Difficult to make a decent profit, as there is no market demand to charge a premium for assembling the bike. For example, charging a 10% margin ($200) on a bike that costs $2,000 seems reasonable to me, but it takes too much time to be worth it. I don't think anyone is willing to pay a higher 20% premium.
3) Opportunity cost of giving up a stable, decent paying full time job with multiple employee benefits is too high.

On the other hand, assembling a bike as a hobby works great for me. I get to do it at my own pace, set my own deadlines, while ensuring that every build is as perfectly done as possible. 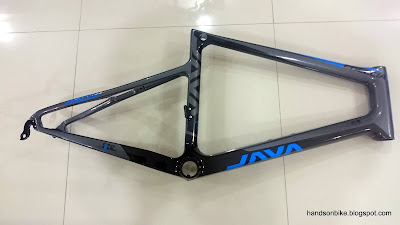 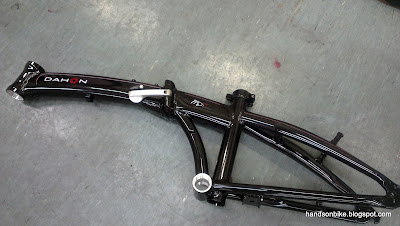 Building the Dahon MuEX from scratch

As I already have many bikes, I will not be building bikes for my own use. However, when close friends have a request, I will be glad to do it. Not only do I enjoy assembling bikes (at my own time and pace), it also ensures that every build is a custom setup that is closely tailored to the user's needs and budget.

That is how I ended up building a new folding bike for a friend! I will not be making any profit, as I will just collect enough to ensure that the component costs are covered, inclusive of any shipping charges or miscellaneous costs. Basically just enough to make sure that I don't incur a loss. No labour charges are involved for this kind of build.

Project objective was quite brief in this case. Just create a 20 inch folding bike that is relatively lightweight, easy to use, folds compactly, and finally with a cost of around $2,000. I did offer a choice of colours for certain components, such as wheels and frame, but the decision was to make it all black. No specific choice of components, so I made recommendations based on experience and function. I had the experience of building many Dahon bikes, so I know what works and what does not work.

In summary, I practically had free rein with regards to the component choice, as long as I satisfied the basic functional requirements and budget. Other people are likely to be more specific, but I have not come to that stage yet.

Starting with a 20 inch folding bike frame, everything will be sourced individually and assembled together piece by piece, creating a bike that is definitely unique. By doing so, I can create a bike that is exactly what I want, at a reasonable price, as there are no stock components to be discarded.

A good frame to build on would be either the Dahon MuEX which I used a few years back, or the Crius frame. Since the existing Dahon MuEX frames have been out of production for a few years already, I would prefer to use the newer Crius frame.

To keep it simple and lightweight, a V brake compatible frame will be used, instead of disc brake frames which are also available. This is the Crius AEV20 frameset, which is quite similar to the Dahon Vector line of frames in terms of the appearance. 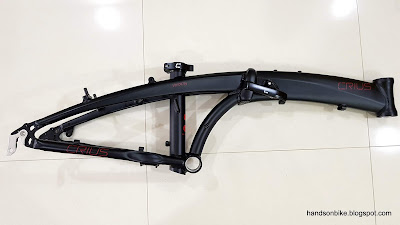 Matte black for a stealthy look! Uses the older Dahon frame latch design as they are not allowed to use the newer clamp design which is still covered by patents. 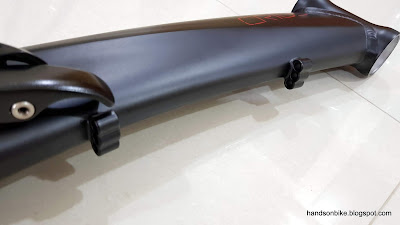 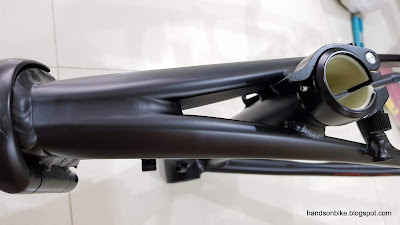 Split tail design first introduced by Dahon in their Vector series, and later propagated by Tern. 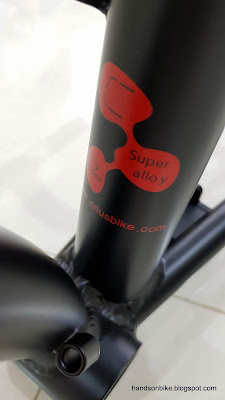 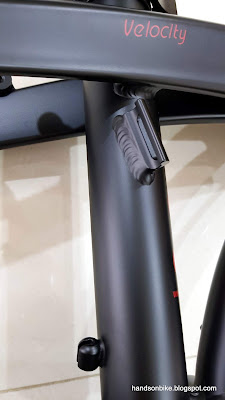 Most Crius frames come with a FD hanger, which makes it easy to set up a front double system without needing a separate FD adapter. Even the outer casing stopper has been welded onto the seat tube as shown. 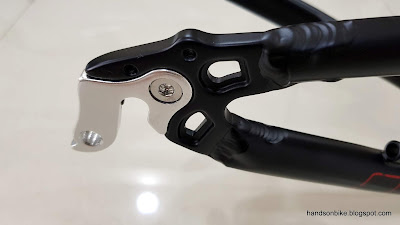 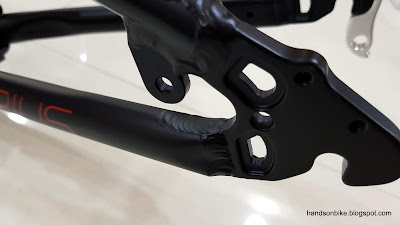 Left side of the rear dropout. Also has a mounting point for the frame magnet system. 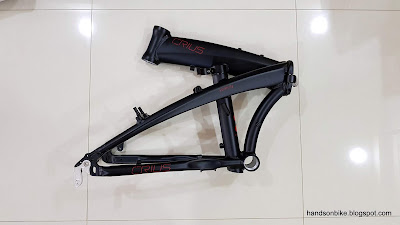 It came in a folded configuration, which made the parcel smaller than what I expected it to be. 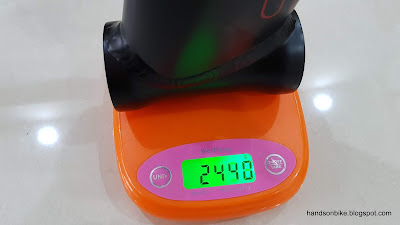 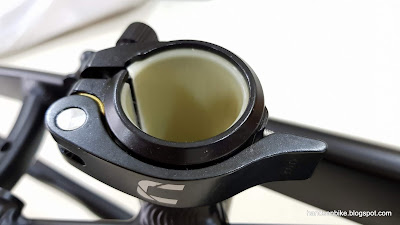 Stock seat post shim is the plastic version. It is said to prevent scratches on the seat post, but the friction with the seat post is not sufficient even with a high clamping force, allowing the seat post to rotate and slip. 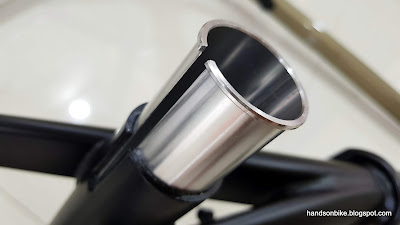 I swapped it out with an aluminium seat post shim, which provides sufficient friction to prevent seat post slippage. Weighs about 13 grams more than the plastic version. 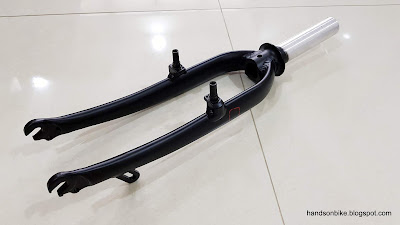 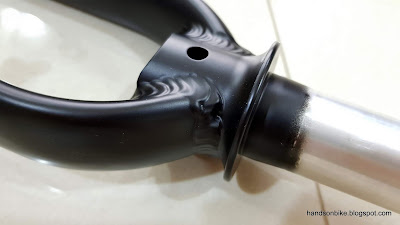 Standard design with normal welding as seen on aluminium forks. 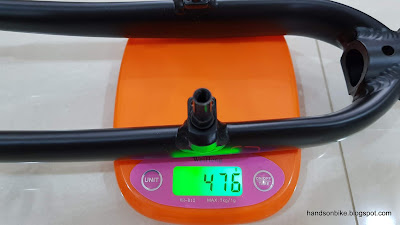 Fork weighs 476 grams, which is about 40 grams heavier than the Dahon MuEX version. 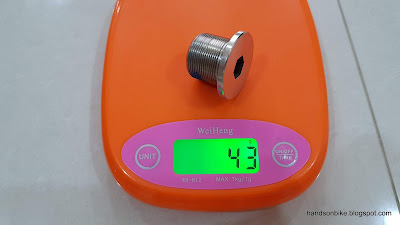 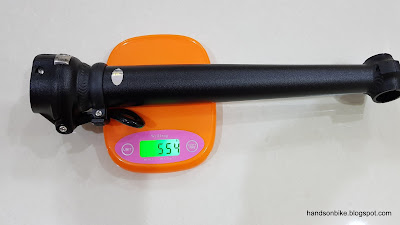 Handlepost is by Fnhon, and this is the 31.5cm long, 2 bolt version which I have used before. 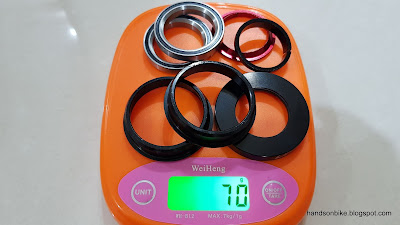 As you can see, the frameset (frame + fork + handlepost) already weighs 3.5 kg. Compare this to the Java Freccia mini velo frameset weight of about 1.5 kg, and it is already 2 kg heavier, assuming all other components are the same. This is due to the Java Freccia being a lightweight one piece carbon frame, while the Crius/Dahon/Tern folding bike frame has additional weight from a more robust construction to deal with the folding requirement.

In other words, a lightweight carbon mini velo can weigh about 6 kg, while an aluminium folding bike with an equivalent component spec will be 2 kg heavier at about 8 kg.

The next step is to press in the headset, before I can assemble the fork and the handlepost. While assembling the headset, I found a couple of issues. 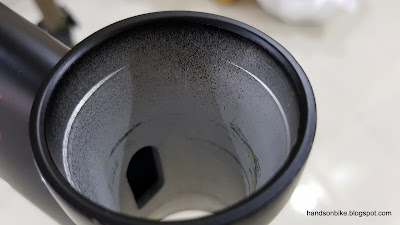 Top of head tube is not round, as seen by the missing step at the top corner. Will this cause a problem with the headset installation?

As the head tube was not round, I had great difficulty with pressing in the headset cup properly, even though I was using the proper headset tool. After setting both the headset cups, I found that I could not insert the sealed bearings by hand. 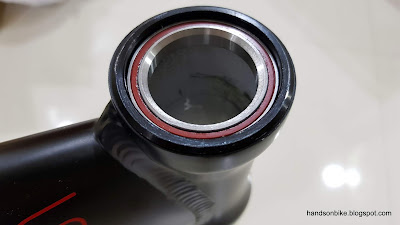 With the Litepro headset installed! Luckily the headset still works even though there was a slight problem with the head tube.

Once the headset is installed into the frame, it is easy to assemble the front fork and the handlepost. For a more detailed account of that, check out the previous post which writes about it in detail. 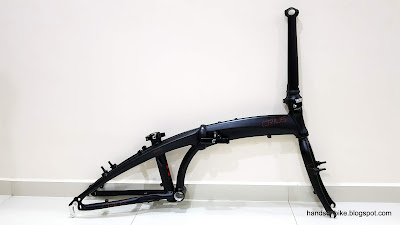 This is just the first part of the build, there are many more parts to go before the whole bike will be completed!
at June 14, 2018