Although this United Trifold has a frame design that is based loosely on the Brompton folding concept, the top part of the frame is based on Dahon dimensions. The seat post uses the Dahon diameter of 33.9 mm, while the handlepost is of the Dahon/Tern design.
How about the headset? It most definitely does not use the threaded steerer tube with external nuts like on the Brompton, which seriously is an old headset design. I had this headset design on my very first folding bike, a cheap 16" Momoki. I hated the threaded headset design as it was difficult to adjust, and had many external parts that will rust easily.
Instead, I believe it uses the Dahon standard, which means that a Litepro headset can be installed easily. Only way to find out is to measure and try the actual installation! 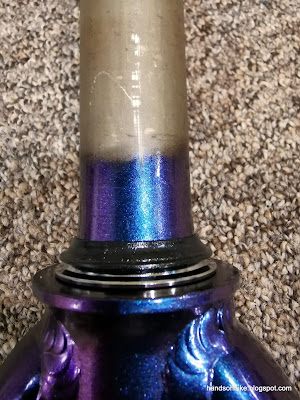 Steerer tube of the fork. The steerer tube is not properly masked for spray painting, but it is a common problem I see on many other forks as well. 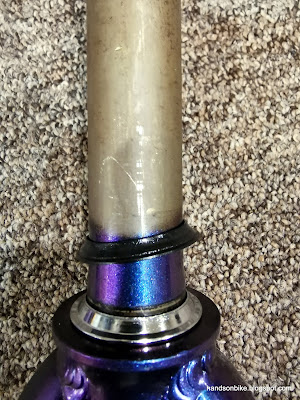 Looks like there are two crown races? Initially I thought so, until I found that the black piece is actually the cone of the lower headset bearing that has fallen off.
The stock headset is made up of two sets of loose ball bearings, held in a steel retainer. There is a ball race (cone) in black colour, which fell out as seen above. The headset works, just that it is not as smooth as I wanted. Plus, the bearings are totally not sealed at all, as there are big gaps that will allow water and dust to go in easily. 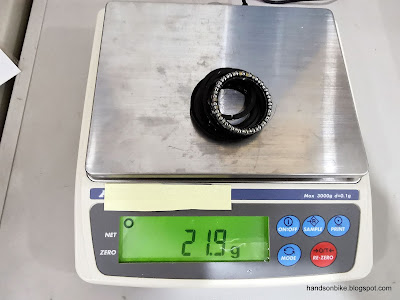 Stock headset bearings plus compression ring weighs 22 grams. The weight of the headset cups are not included. 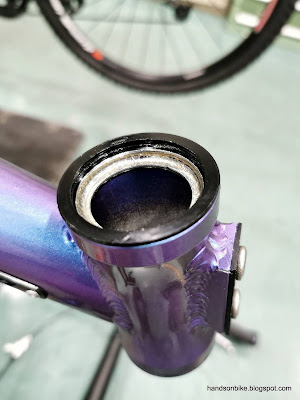 Stock headset cups, before removal. For steps to remove and install headset, check out this article. 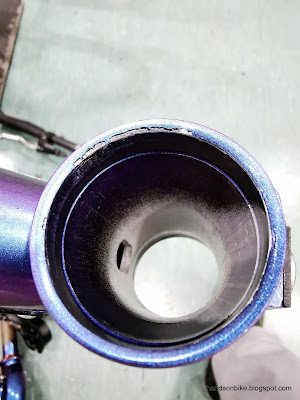 Headset cups removed. After measurement, found that it will fit Litepro headsets for Dahon/Fnhon bikes. 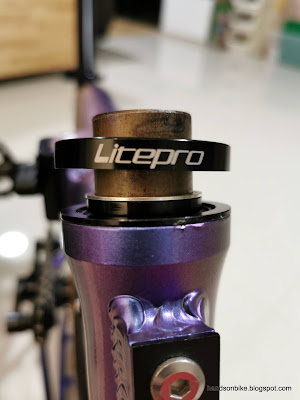 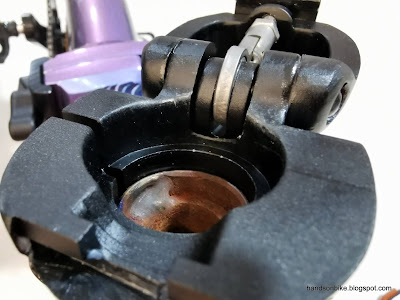 When the new Fnhon handlepost is installed, the handlepost sits higher on the steerer tube, as can be seen from the bigger gap. This is due to the additional height of the Litepro compression ring and headset cover. 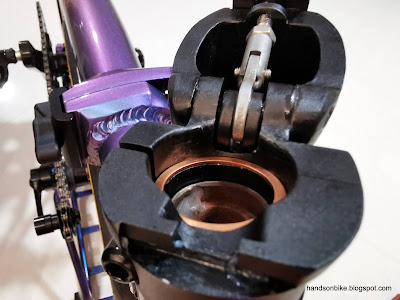 The height difference is not so great, so it is OK. The copper ring is added to reduce friction during tightening. 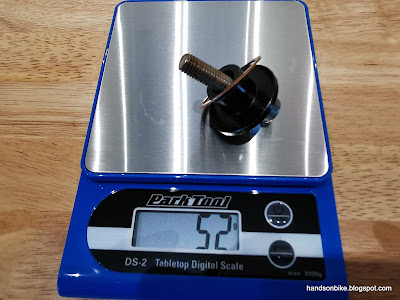 Weight of the stock compression bolt structure is 52 grams, which is similar to the threaded type for Fnhon handleposts and forks. 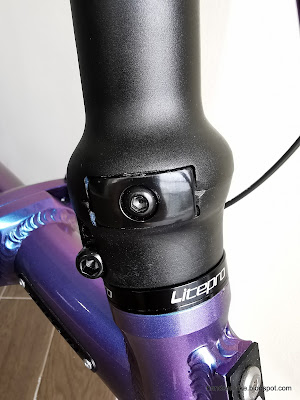 Final result of the new Fnhon handlepost and Litepro headset!
I like how sleek the new 3D forged handlepost looks, without the welds and the tall purple shaft. The black handlepost matches well with the black seat post. A Litepro headset is a bonus, for a smoother steering feel.
However, the gap between the fork and the bottom headset bearings is quite big. It will collect a lot of dirt if I just leave it exposed. Example shown here from the Dahon Vitesse. 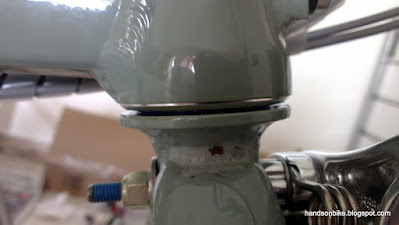 Large gap between the bottom of the headset and the fork, on the Dahon Vitesse. 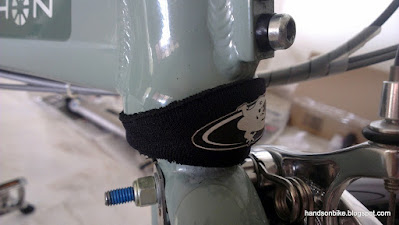 Last time I used a Lizard Skin headset cover, which is specifically designed for this purpose. It blocks the gap but does not affect steering. 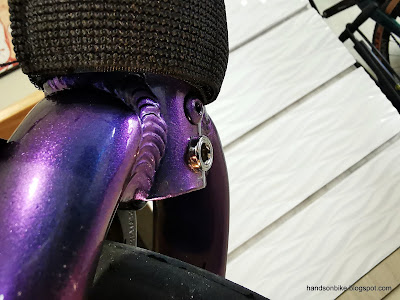 This time, I just took an elastic velcro strap that I have and wrapped it around the gap, problem solved! 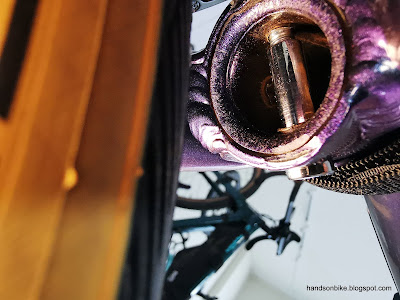 The bottom of the fork is exposed, and you can see that dirt and water can get in there all the time. Perhaps I can use a sticker or plastic disc to block off this opening.
The handlepost and headset upgrade is completed! I am pleased with the new Fnhon handlepost as it looks so much better, although I wished the handlebar height could be a little bit lower. The Litepro headset is good as well, as tried and tested on so many of my folding bikes over the years.
What's next? Plenty more as you can see from this page!
at November 06, 2021