As you may already know, I like to modify my bikes, to make it suit my requirements. The United Trifold bike is no exception.
From the start, I had already planned to upgrade the handlepost, due to various reasons. Although the stock handlepost works well, I did not like the purple colour. It just does not look good in my opinion, although others may have a different opinion. The purple frame is fine for me, but not the long handlepost with a big purple shaft.
Upon receiving the bike, another reason I wanted to upgrade was to lower the height of the handlebar. As on my other folding bikes, I tend to use a short handlepost, as I want the handlebar height to be lower for a more sporty riding position. From the Dahon Boardwalk to the Fnhon DB11, I have always been using shorter-than-average handleposts.
I do not like high handlebars that force me to sit upright and pedal, as it feels very inefficient. I guess I prefer the sporty riding position of drop bars, which I am very used to.
Before changing to a new handlepost, let's check out the stock handlepost first. 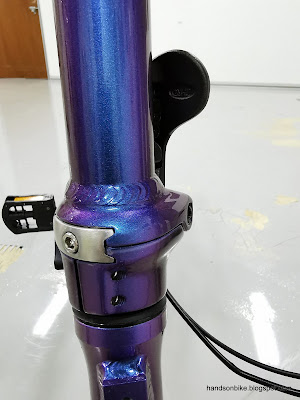 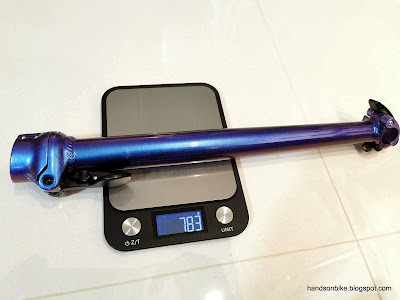 Weight of stock United Trifold handlepost is 783 grams. This is considered heavy. Imagine if your road bike has a stem that weighs 700+ grams instead of 100+ grams!
After much searching on Taobao, I finally found a double bolt Fnhon handlepost, which is from existing stock. Basically once its gone, they won't be making any more of it. It is twice as expensive as the conventional single bolt type, but it is well worth the money. Just look at the pictures below, and also from the previous comparison when I was building the Fnhon DB11. 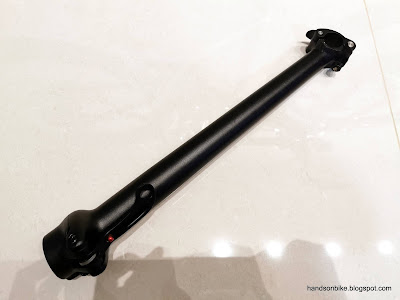 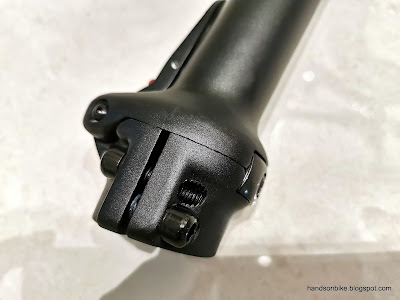 Double bolt clamp at the base! Even the bolts and hardware are black in colour. 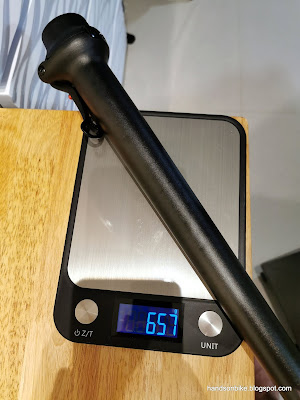 Weighs 657 grams, quite a lot lighter than the stock handlepost. 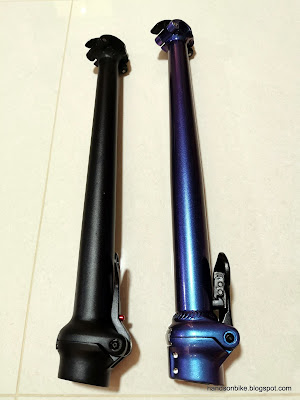 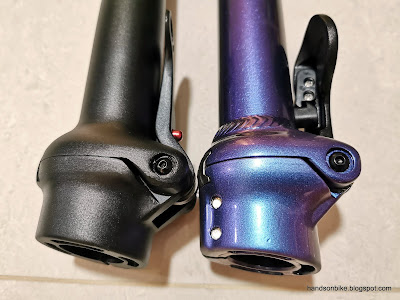 Both are double bolt clamp designs, as can be seen from the tall base. 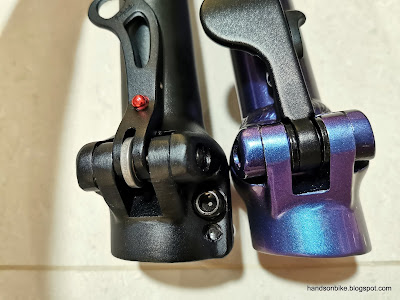 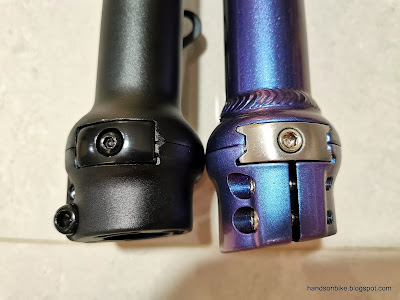 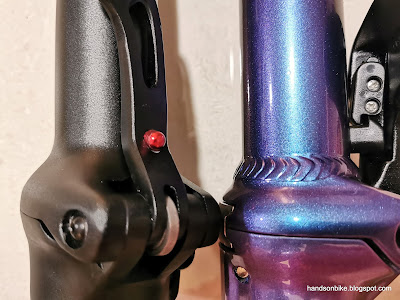 Here is the main difference. Fnhon handlepost is 3D forged as one piece with no welds at the joint, unlike the other one. 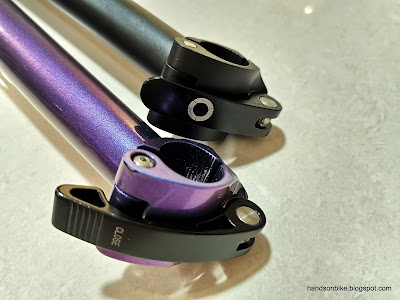 Handlebar clamp designs are almost the same. Both open up fully if you need to insert a curved or riser handlebar. 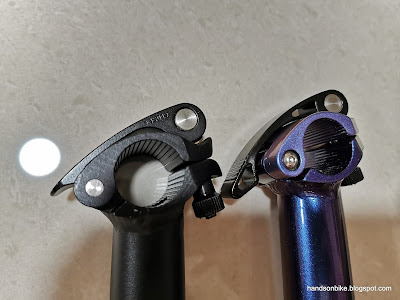 Not exactly the same, but close enough. 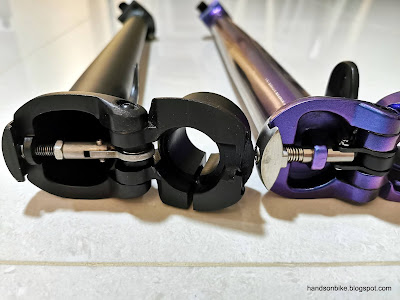 Internal clamp design is different. The Fnhon design has the handlepost fully hollow, without a "wall" like the purple handlepost. 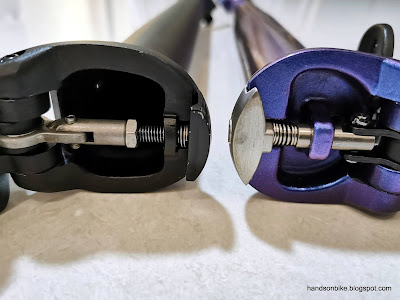 The guide for the shaft/bolt are located at different positions. I'm not sure if there is any noticeable difference in quality, strength or durability. Probably just a different way of achieving the same function. 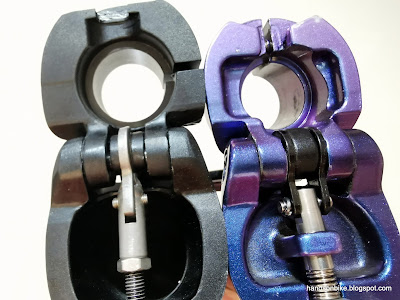 Upon closer look, they are quite different internally. Same clamp concept, but different layout. 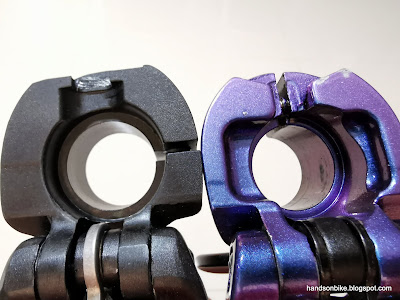 As seen earlier, the slot for the double bolt clamping are located differently.
The handlepost should be a straight swap, since both are double bolt types with a tall base. By swapping, the handlebar height will be lowered by 3 cm. I would have preferred a lower handlebar height, but I can't find a shorter double bolt handlepost.
However, before I installed the new handlepost, I decided to study the headset first. I was checking if there is a possibility to change to a better headset, as the stock headset looks quite inferior. Check out the details in the next post.
at October 27, 2021