It has been quite some time since I upgraded my Boardwalk TT. Have been busy writing other articles such as the bike comparison between the Aleoca Ready2Ride & the Dahon MuP8, and also other product reviews.

Nothing too major this time, the major ones were the previous upgrades, with a new front derailleur installed and also the conversion from flat handlebars to bullhorns.

But before that, let me review the front derailleur upgrade! The aim of adding double chainrings is to give me a lower gear when climbing hills, as I find that the 38 gear inch (53Tx28T with 20 inch wheels) that I had is still too high for me. I don't like to stand up and pedal on a folding bike, thus I will need a lower gear to spin while sitting on the saddle. The aim is to make it up Vigilante Drive (Kent Ridge slope) without stopping! For those who don't know the slope, it is one of the steepest slopes in Singapore! Not very long, but it is really steep. A picture speaks a thousand words... 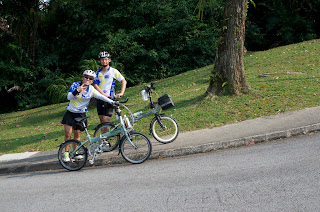 Slope at Vigilante Drive. Just for your reference, the tree in the picture is growing vertically up!

After adding the 39T chainring, my lowest gear is now 28 gear inches. And I am pleased to say that this time, I managed to make it up that slope non-stop! Managed to stay on the seat the whole time to pedal, and I was puffing like mad when I reached the top, but it is now possible!

So I would say that adding a front chainring and front derailleur to my Boardwalk TT was worth the effort!

As for the upgrades this time, let us start with the saddle. My previous saddle, the Biologic Aria saddle, was starting to wear out. The centre meshed portion was starting to tear, so I took the opportunity to source for a new saddle.

As written in the Rido LT Saddle review, this new saddle is quite good. It is actually quite conflicting, because it is excellent when used on fast rides with padded cycling shorts, but it is not so comfortable when not in cycling gear. Still trying it out, maybe give it a few hundred more kilometres before I decide to keep it permanently or not haha. 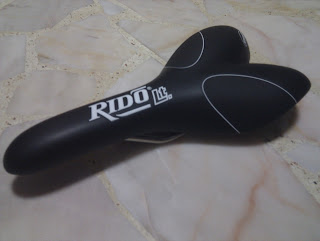 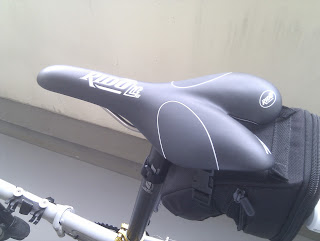 Installed on the bike with no big problems. Saddle bag also hangs on the saddle rails properly. 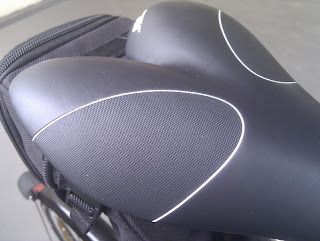 Textured area under sit bones to grip your butt and stop it moving away from the optimum location. 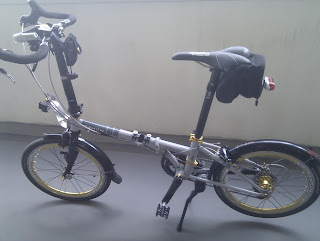 Another small but nice improvement to my bike is to add a rubber seatpost cap on the bottom of the seatpost. For the stock Dahon seatpost, it already comes with a plastic cap. However, if you get lightweight aftermarket seatposts, most of them don't come with the rubber end cap. Thus it is very easy to scratch and damage your seatpost when you fold the bike, because the base of the seatpost will contact the ground. 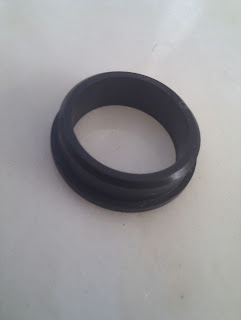 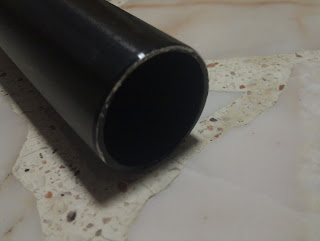 Without an end cap to protect the seatpost, this is what you get. Scratches and dents. Not nice! 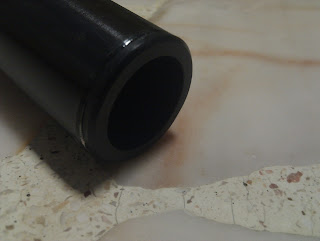 With the rubber end cap, the base of your seatpost is nicely protected!

The rubber end cap is quite soft, so it will not stay there on its own. What I did was to apply a little bit of super glue to the inside of the rubber cap, and then stick it into the seatpost. This makes the connection very tight.

No performance upgrades this time, just some minor improvements here and there. Is there anything else I can upgrade on my bike? Stay tuned...
at December 01, 2011