Have you ever wished that you could remove your bottle cage from your bike easily? If the answer is yes, the Topeak QR Cagemount may be just the one for you!

The Topeak QR Cagemount works like an adaptor that lets you separate your bottle cage from your bike frame without tools. Normally the M5 screws of the bottle cage will screw directly into the bike frame, making it very inconvenient to remove bottle cages when not required. 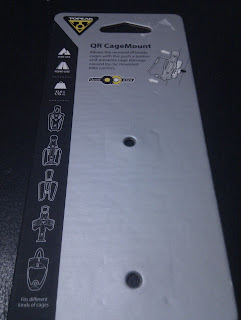 I was too eager and had already removed the QR Cagemount, before I remembered to take a picture. 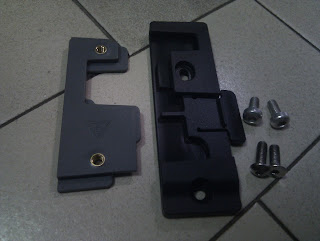 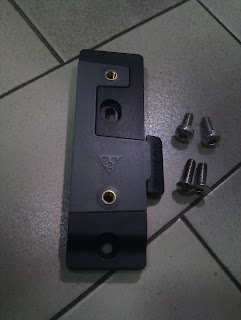 QR Cagemount when fixed together. Press the black tab at the side to separate the two parts. 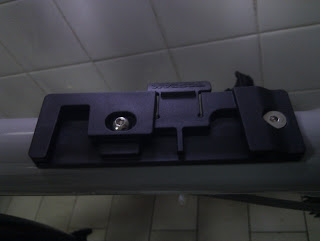 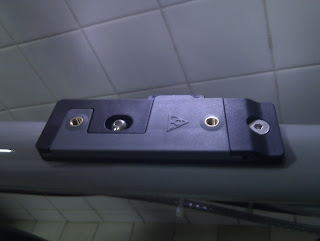 The grey upper part of the QR Cagemount. The bottle cage will be fixed to the grey part.

But what is the fun if you only attach a plain old bottle cage to it? I decided to make it more modular by attaching my Monkii bottle cage and the Lezyne Micro Floor Drive to it! 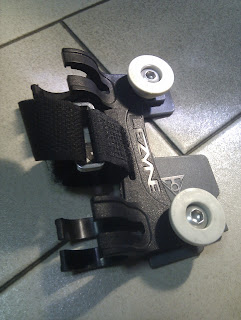 Upper part of QR Cagemount with the mounts for the Lezyne pump and Monkii bottle cage attached. 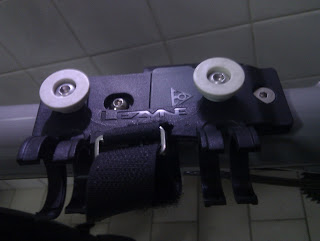 Shown as fixed onto the bike!

The mounts for the Lezyne pump and the Monkii bottle cage are also quick release type. Which means that I can remove either one or both of the accessories very easily! 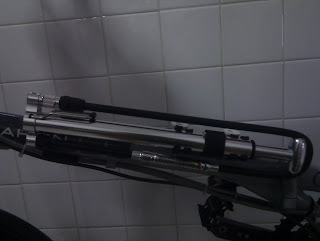 Only the Lezyne pump mounted.

Used on shorter rides where water is not needed, or when I am using the other bottle cage mounted on the handlepost. 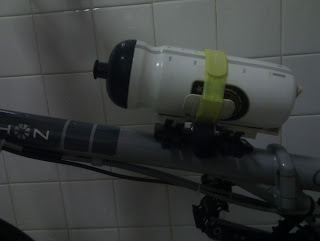 This configuration is used when I need to fold the bike along the way. Because the pump will get in the way when folding the bike, I usually put the Lezyne pump in my Dahon Tour Bag instead of on the bike frame for ease of folding. 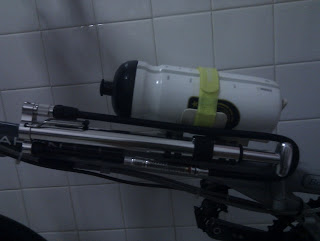 Both the bottle cage and pump mounted. Fully equipped!


This configuration is used most of the time, when I am riding longer distances or when folding is not required. Nowadays I bring my Lezyne pump with me almost everytime I ride, unless I am only going downstairs for a quick spin.

If paired with the Monkii Clip, you can mount this on your handlepost too. First attach the Monkii Clip, then the QR Cagemount, then a pump and a bottle cage. And you can remove all these very easily for folding. Bromptons come to mind immediately! 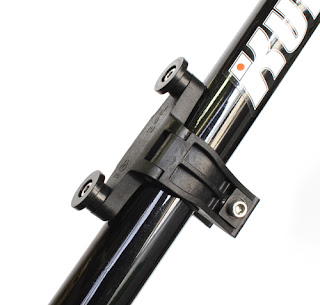 This Topeak QR Cagemount can be bought at Soon Watt. Very useful product! I'm sure there are other innovative ways to use this QR Cagemount. Check out the official Topeak page here.
at November 17, 2011